They Said This Would Be Fun: Race, Campus Life, and Growing Up

Herein lies the beauty and the power of Eternity Martis’s memoir: for Black women who have had to navigate and survive the blatant aggressions and coded language of campus life, reading these pages will be a cathartic experience. Conversely, for those who have never been policed or never had to police themselves in public, for those who have never had to experience the insidiousness of discrimination, reading this book will serve as a necessary awakening. Martis strikes the right balance between writing for those who will have an implicit understanding of the events she recounts and educating others on the prevalence of systemic racism in higher education in Canada.

They Said This Would Be Fun begins on a somewhat universal note. Any woman who remembers leaving home for university or college — excited for the sheer possibility and liberation that a campus promises — can see herself in Martis in 2010, the year she enrols at Western University, in London, Ontario. Early on, and with great humour, she describes trying and failing to use a bong for the first time. She then briefly backtracks to her high school days in Toronto, where she yearned to attend Western. However, just a few pages in, Martis subverts the expectations of both the reader and her younger self by detailing a horrific incident during a Halloween party, with three white students entering a bar in blackface. 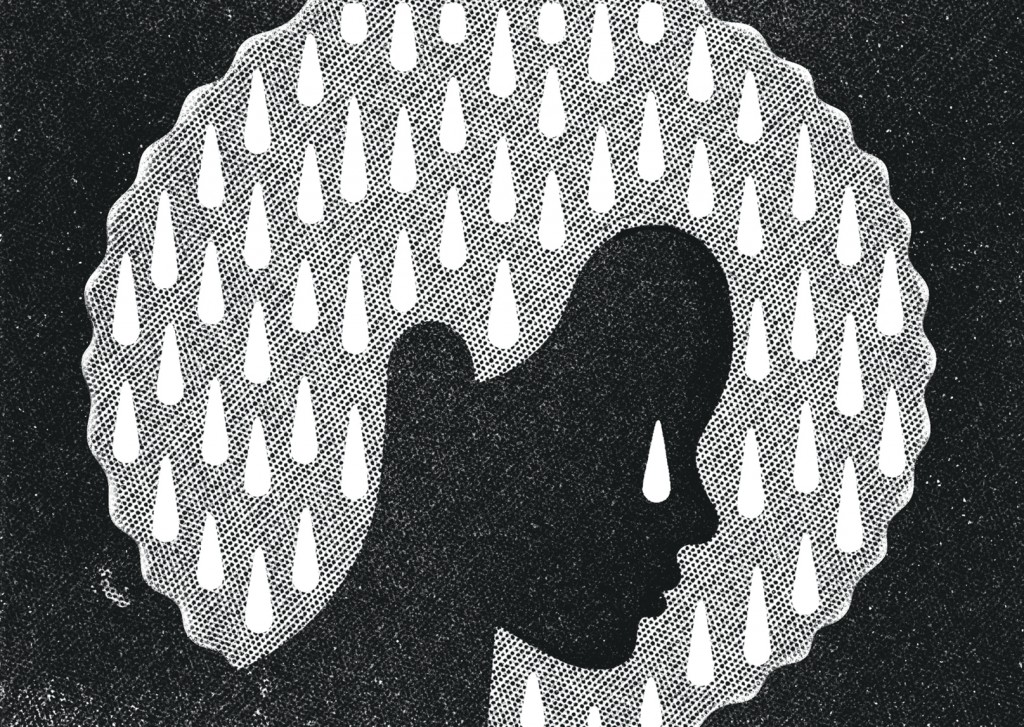 Realities on and off university campuses.
Image by karsten petrat

This jarring turn of events sets the tone for the rest of the book, which showcases the harsh realities that Black women and Black people in general face. Situations that should be innocuous and fun or carefree and exciting can quickly prove unsafe and triggering. “You can just be wandering through your life, not really trying to have a race or gender experience, and then here comes an image,” the author and political commentator Melissa Harris-Perry said in a 2011 lecture. “Here comes the tilt.”

Martis does more than recount the details of her promising-turned-horrific Halloween night; she delves into the prevalence of blackface on Canadian campuses, citing a 2009 Halloween party at the University of Toronto, a 2011 frosh week party at the Université de Montréal, and a 2014 costume contest at Brock University. Martis makes similar moves throughout: she begins intimately, detailing personal experiences, and then widens the scope to reveal the anti-Black racism that’s entrenched in Canadian history and institutions. She describes how white people on campus and around London assumed — even insisted — that she was born somewhere in the Caribbean and not in Canada: “Why is it so hard for some people to believe that anyone with beige or brown skin can be ‘from here’?”

After posing this rhetorical question, Martis examines the history of London, moving from the 1850s, when over 40,000 free Blacks and refugee enslaved people left the United States and settled in what was then the Province of Canada, to the 1870s, when the Ku Klux Klan was active in the city. While noting that London has undergone a significant demographic shift over the past decade, she also brings attention to the fact that it is currently home to many white supremacist and alt-right groups. By coupling the personal with the statistical, she puts Canada under a microscope as she debunks the myth that this settler-colonial country is exempt from the racism we see south of the border.

A poignant and hopeful thread in They Said This Would Be Fun is Martis’s exploration of racial dynamics within her own family: her father is Black and Jamaican, and her mother is South Asian. Her mother and maternal grandparents are imbued with dimensionality, love, and good intentions. Her mother’s influence, in particular, is a positive one. But Martis is also honest about how they struggled to understand her Blackness. She notes that while her South Asian family members had experienced racism themselves, they dismissed how anti-Black racism, specifically, could affect her.

Martis digs into the complexities of her family’s affection — how it could lead to the erasure of her lived experiences, which could lead to isolation. To try to uplift Eternity once she began writing articles, her grandfather would leave her newspaper clippings about South Asian authors, which she strove and failed to find inspiring. He would then question why she never wrote about South Asian life. After a frank conversation, his understanding of her identity began to evolve:

When I come home on the weekends now, newspaper clippings about books by Black authors greet me on the table. I see myself in these writers; their successes fuel my own. Over lunch, my grandfather and I catch up to talk about what I’m writing, and discuss the latest news stories to do with discrimination. My mother and I have long, engaging conversations about race and she listens instead of dismissing me.

Such growth speaks to the possibility of true allyship for people willing to do the work, willing to listen and learn in earnest and in sincerity.

Martis takes the reader through the relationships she had during her four years at Western, using them to frame such issues as how white men and other men of colour exoticize and fetishize Black women; the ways in which women are expected to contort themselves and appease their partners; and the dynamics of abuse. In one chapter, written in the second person with searing vulnerability and unflinching clarity, Martis depicts her high school boyfriend’s abuse and the complexities involved with ultimately leaving him in her first year of university, after a violent incident. She then moves to expose the rape culture on Western’s campus and, in doing so, amplifies the experiences of other survivors. “Who needs the term victim-blaming when we have why?” she asks:

She ends the section by answering the dehumanizing yet sadly predictable line of questioning with “Why don’t you fucking ask him?”

As the book concludes, Martis admits that she’d thought about transferring from Western many times, but she ultimately decided to stay and graduate, even when friends and acquaintances chose to leave. Her decision was made easier near the end of her third year, when the women’s studies department offered a new course, “Black Women’s History in Canada,” which she describes as “the meeting spot we had been desperately searching for.”

They Said This Would Be Fun ends on a note of catharsis and the transformative power of Black female friendship. Martis highlights sisterhood as a community that both supports and inspires, that is a space where Black women are finally able to be soft and vulnerable, angry and tired without reproach or consequence. She underscores the importance and necessity of this space, as wider society stifles or overlooks the voices of Black female-identified people and the violence they face. It’s a sentiment that hits home in the wake of the deaths of Regis Korchinski-Paquet, Breonna Taylor, Iyanna Dior, Muhlaysia Booker, Sandra Bland, and, unfortunately, countless others. As the Black feminist writer Robyn Maynard has pointed out, there’s an “overrepresentation of Black women in police encounters” that many of us have long known. We’re just now seeing the actual statistics reported.

To say They Said This Would Be Fun is a timely read would do a disservice to its staying power. It’s a book that should be required reading now and in the years to come. Fiercely honest, meticulously researched, and deeply personal, it is an excellent account of what it means to be a Black woman in a Canadian university — and a Black woman in Canada.