In the television series The Newsroom, the young producer Maggie Jordan lands her biggest scoop when she overhears a bureaucrat on a train. It’s not really that far-fetched: I once sat beside a Liberal operative on a flight to Vancouver, and our conversation became the basis of an article I published in the Independent. A friend, an interior designer, got her start when she sat beside her future boss at a conference. I also know an artist whose career was sparked while queuing for a music festival. A random sixtysomething man simply asked her the most random of questions: “What do you think about when you aren’t thinking of anything?” Until then, she seemed destined to be a mechanic.

Now with COVID-19, we take fewer train and plane rides; our conferences and festivals are virtual; and with physical distancing measures and many venues accepting only pre-bookings, our interactions with the outside world are increasingly antithetical to chance. We no longer talk to strangers. We have fewer serendipitous encounters. And we lose something important as a result — even if it’s hard to define and quantify.

Google’s co-founders met because one was the other’s guide on a university tour. Then it was the suggestion of a third man, whom they connected with at a conference, that led to the search engine’s breakthrough with advertising. The reporter Bob Woodward first met his confidential source Deep Throat, who provided key information in the Watergate scandal, in an awkward chance encounter that he compared to “two passengers sitting next to each other on a long airline flight.” Even the word “serendipity” comes from a story, “The Three Princes of Serendip,” that a guy in Venice happened to hear from another guy and that then inspired Horace Walpole to coin a phrase. 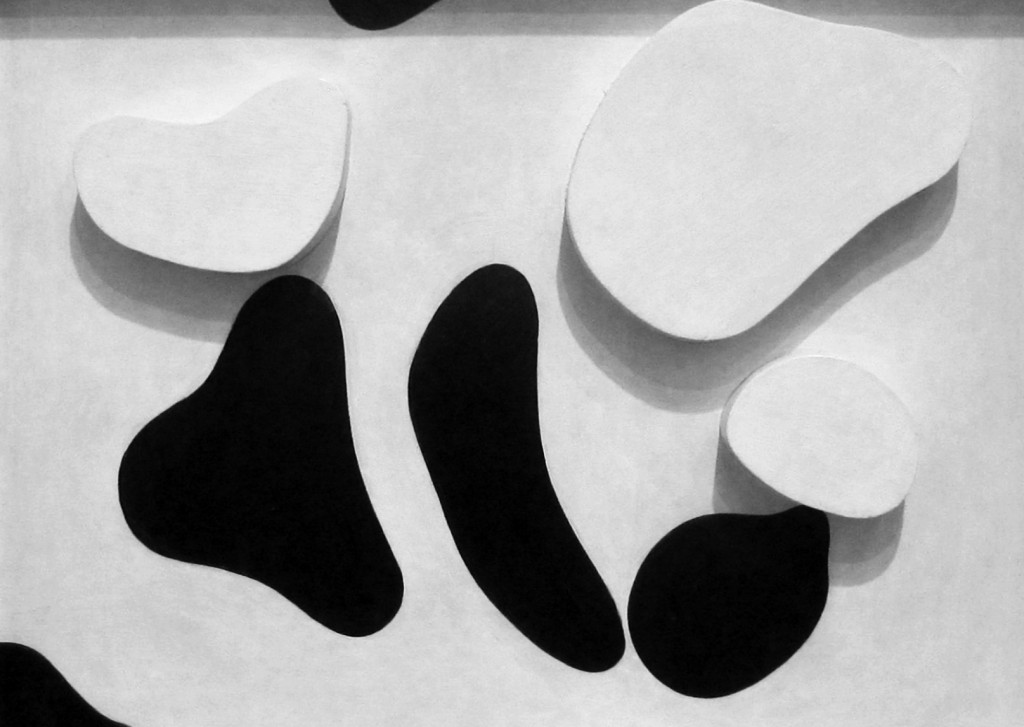 The shot of accident, the dart of chance.
Image by Jean Arp, Constellation According to the Laws of Chance, c. 1930; tate Modern

Such fortuitous moments are maximized in urban settings, where there are more people more densely packed together. Years ago, Nassim Nicholas Taleb described this phenomenon in The Black Swan: The Impact of the Highly Improbable. “This makes living in big cities invaluable because you increase the odds of serendipitous encounters — you gain exposure to the envelope of serendipity,” he wrote presciently. “The idea of settling in a rural area on grounds that one has good communications ‘in the age of the Internet’ tunnels out of such sources of positive uncertainty.” Yes, a lot of us have figured out how to work from home in recent months — we’ve moved our entire lives online — but that is no substitute for propinquity.

Now with everything on Zoom and other platforms, we have done away with the little accompanying activities that punctuate real-world occasions: the walk through town and the elevator and subway rides, the lineup for tickets, and the time in the waiting room. The virtual event itself — whether a meeting, a concert, a cocktail party — is also more streamlined. Gone are the urinal encounters, the smoke breaks, the dead time between segments that you fill with chit-chat, the possibility of meeting your soulmate or accidentally elbowing someone in the face.

You never know what ultimately might come out of those little activities. In Team of Teams, the former U.S. Army general Stanley McChrystal writes about the starting break of a billiards game: When the coloured balls get hit by the white one, they also hit each other, repeatedly. Every additional ball represents a massive increase in the number of potential outcomes. With so many moving parts, the pre-pandemic world of face-to-face events was one of endless possibilities. “Diplomats understand that very well,” Taleb writes in The Black Swan. “Casual chance discussions at cocktail parties usually lead to big breakthroughs — not dry correspondence or telephone conversations.”

To be sure, not everything is chance. It was largely Larry Page alone who came up with the idea that was to be the seed of Google. Yossi Vardi, who offered Page and Sergey Brin that game-changing idea at the conference, frequents such events because he believes in engineering serendipity. Even before he became a reporter, Woodward constantly sought out “things or people who were interesting.” But in a pandemic world, it is less likely that a future Woodward and Deep Throat, neither of whom actually worked in the White House nor knew anything about the other, will find themselves outside the Situation Room at the same time for different reasons, both kept waiting. And with masks on, there is less chance for meaningful, connection-forming small talk, or any talk. It is as if life has become billiards with fewer balls.

The implications of all this are hazy, for we don’t know what we don’t know. Maybe there’s even some good here. Think of all the traffic accidents, street robberies, lost wallets, dropped cellphones, and pigeons’ pooping on our heads that we’ve avoided by staying home. They exist in the same realm of nothingness as the boss who never became a friend because you did not go for drinks after a successful presentation; the classmate who never became a lover because you never went on that long field trip; or just that book that never became your favourite because you never saw it on the lap of a fellow subway rider.

“The chance observation falling on a receptive eye” is how Scientific American defined “serendipity” in 1955, before the word gained its wide currency. One trip to the pub, one bus ride, one subway commute, one university tour — any one event — could easily mean nothing. But chance could also mean everything, and over the course of one’s life, the accumulation of such activities definitely amounts to something. That something’s gone now, and although we can ponder it, we can never truly know what it is.

Ethan Lou just published Field Notes from a Pandemic: A Journey through a World Suspended.

I read “Twists of Fate” with great interest. Ethan Lou gets at something I’ve definitely felt yet could not place; he put it into words beautifully and eloquently. The examples he cites are great, and the way he strings them together — it was exactly what I’ve been feeling inside.

The pandemic is changing the world in all sorts of ways, but I feel the biggest one is the one we can’t put a finger on. I was particularly struck when Lou mentions “that book that never became your favourite because you never saw it on the lap of a fellow subway rider.” I think about how I discover new books — conversations with friends, word of mouth, browsing a bookshop, and so on. It’s almost...