harting the friendship-cum-rivalry between two Toronto musicians, Vivek Shraya’s second novel, The Subtweet, offers a pop parable about the diverse ways relationships are mediated by politics and technology. Rukmini, a transgender writer at an arts magazine, idolizes the experimental musician Neela Devaki but is seeking validation of her own musical efforts through their burgeoning friendship. After she releases a cover of Neela’s “Every Song,” a paean to independence, Rukmini’s internet stardom suddenly sky­rockets and outstrips her idol’s popularity. Not long after, she agrees to be the supporting act on the rock megastar Hayley Trace’s world tour. Growing tired of her friend’s aloofness as she basks in her new-found celebrity, Neela voices her displeasure on Twitter, accusing Rukmini of pandering to white audiences. Her sub­tweet — the practice of maligning another Twitter user without identifying them — goes viral and snuffs out Rukmini’s career with the characteristic velocity of the internet.

The women who populate The Subtweet are university-educated, gainfully employed, and miraculously banking enough leisure time in the most expensive city in the country to devote to musical recording. They are conversant in the writings of Gayatri Spivak, bell hooks, and other luminaries in the field of cultural theory. Despite these advantages, they do not excel at the kind of emotional honesty needed to cultivate long-standing relationships. As would befit jumped-up pop stars, never mind those dialled in to social media, their behaviour is coloured with self-indulgence. It is these depictions of flawed, complex human interactions that make the characters’ inability to make good on their embarrassment of intellectual riches both jarring and realistic. But that’s the point: the spectacle of shaming others for moral lapses often has little to do with enlightenment and says more instead about the pressures of modern living. 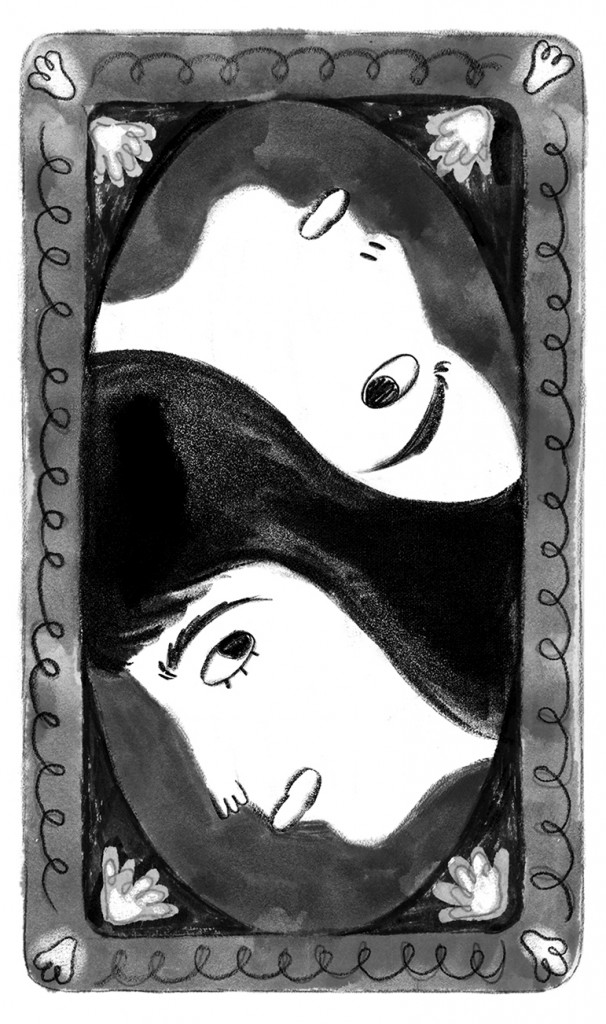 Facing the spectacle of shaming.
Image by Erin Clark

A revealing passage by Arundhati Roy precedes the novel: “Big capital uses racism, caste‑ism and sexism and gender bigotry in intricate and extremely imaginative ways to reinforce itself, protect itself, to undermine democracy and to splinter resistance.” Shraya extrapolates Roy’s formula for capitalist misery and applies it to the contretemps developing between the two singers.

Rukmini’s hiring of a musician in Neela’s employ and Neela’s vicious betrayal are social manifestations of an economic system that exploits labour, and not the actions of free moral agents. Economic scarcity — in The Subtweet’s case, the notion that people of colour experience diminishing “value on the diversity stock market,” or worse, that only one brown musician of prominence can exist on the world stage — is responsible for Rukmini not inviting Neela to perform with her. Rukmini’s own admissions of this slight, which she attributes to her reluctance to present an established musician with an insulting business proposition, are apparently meaningless. Where individual responsibility begins and economic perversion of these actions ends is the unanswered riddle that coils itself tightly around the text.

The discrepancy between intention and perceived behaviour is the emotional engine that drives the book, but Shraya’s choice of political register impedes her narrative’s comprehensibility. Every episode is overbalanced by a question of its inherent moral deficiency in relation to Roy’s epigraph. It becomes difficult to parse the exact nature of the characters’ motivations and self-deceptions. Is Rukmini aware that the social advancement she desires through her association with Neela can be construed as exploitative? Does Neela understand the same could be said of her wanting to have a hanger‑on as a friend? For as much as the two women stand revealed, through discussions on white supremacy and cultural appropriation, or through their passive-aggressive texts to each other, they remain equally shrouded in darkness (Rukmini actually disappears halfway through the novel).

In what is likely the most penetrating glimpse into Neela’s psyche, she writes a heartfelt letter to Rukmini apologizing for her career-ending tweet. “Like thousands of other artists, I believed if I didn’t bleed in the creation process, I wasn’t making art,” she says. “For you, art was exploration, not excavation. And this was what made me most jealous.”

Neela’s atonement is, unsurprisingly, short-lived. She accepts an offer to be Rukmini’s replacement on the Hayley Trace tour, after voicing some initial pro forma resistance. It is a provocative about-face for the most morally principled character in the novel, whose concern with artistic integrity —“the slipperiness of brown cultural production” in white hegemonies — and desire to repair her friendship incongruously go out the window. It is the most mystifying moment in The Subtweet. But this is no garden-variety hypocrisy. Again it poses the question: Is Neela at fault here, or is the system that hoards resources in the hands of a privileged few more to blame?

Neela’s reasoning is never given its due, though the ramifications of her actions are explicit. There is no cheating market forces, only surrender to them; no amount of theory can safeguard against capitalism’s untrammelled advances. If she does not want to be passed over by another up-and-coming brown artist, she has to take her chance at superstardom. There is a fatalistic quality to these goings‑on, and that fatalism has the unintended effect of rendering shocking turns of events artificially overdramatic at best, unbelievable at worst.

The tension between characters being in control of their destinies or acting under the influence of an exploitative economic system is never resolved. Neela and Rukmini behave in ways that incite drama, but the unarticulated rationale behind their decisions serves only to frustrate the reader. The realism of a rock ’n’ roll tell‑all runs up against allegorical dogma; the book has difficulty consolidating these two impulses. As a statement on the fragility of millennial friendships and the impossibility of the pop world incorporating radical politics within its convoluted structure of money and influence, The Subtweet is profoundly relevant. As a study of the intricate ways political power is exerted on individuals, and the role that power plays in the social fallouts of capitalist economies, it leaves much to be desired.

Jean Marc Ah-Sen wrote the novels Grand Menteur and In the Beggarly Style of Imitation.