Lynne Quarmby always wanted to see the Arctic. “For much of my life,” she writes early in Watermelon Snow, “I yearned to visit the north of my imagination.” As a young girl whose great-grandfather was in the Klondike gold rush and whose father modelled an outdoorsy independence, she imagined “a romantic, ultimate wilderness of sublime landscapes.” At ten, she built a raft and tried to pole her way across a small pond, toward that wonderful place, only to have her vessel sink into the mud. Now, almost fifty years later, the cell biologist wishes she could tell her younger self that “one day I will travel to the far north on a beautiful ship.”

Watermelon Snow is the story of that ship and Quarmby’s fifteen-day journey across the High Arctic in June 2017, when she was among thirty passengers — twenty-eight artists and two scientists — assembled by the Arctic Circle Expeditionary Residency to work on “rational, meaningful responses to the global environmental crisis.” Sailing aboard the tall ship Antigua, they explored Svalbard, the Norwegian archipelago east of Greenland, always with armed guards keeping watch for polar bears.

Quarmby writes beautifully, with a particular fondness for colour. She notes the indigo, mustard, and rust houses of Longyearbyen, while clouds appear “grey, pink, and dusty purple, the colour of a fresh-picked plum before you polish it for eating.” Sometimes “a quiet symphony of grey” plays across the water: “oyster, pearly, mousy, and leaden.” Her keen eye can also tell the “bleached-white” of whalebone from the brighter white of “bergy bits”— the chunks of floating ice, sometimes the size of buses, that are “white like a popsicle you’ve sucked the colour from.” But it’s red that she seeks: she’s made the trip hoping to find watermelon snow, a phenomenon that causes blankets of snow to darken like blood. The microbial bloom, caused by a species of algae that thrives in the cold, emerges when meltwater increases in warmer weather; the resulting hue then absorbs more heat, further speeding up the melt. 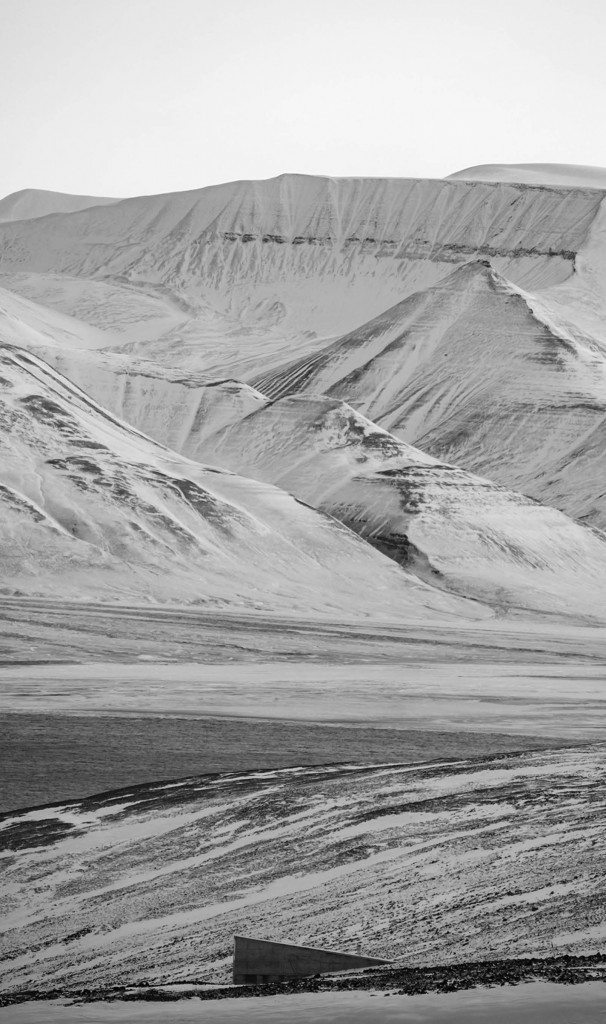 They assembled in Svalbard.
Image by Riccardo Gangale; Flickr

A palpable grief infuses Quarmby’s prose. She feels the crisis facing the natural world as if it is “the weight of a black hole.” Her body “aches” when she thinks of “the loss of the old growth forests where I grew up.” Stripped of her youthful optimism, she only half-heartedly concedes that “if hope is what you need, it can be found” in things like hydrogen cells, carbon-capture technologies, and even societal change. But “for many things I love, it is too late for hope.”

When not recounting the expedition, Quarmby muses on the origins of life and our evolutionary links with microbes. At times, she’s an endearingly geeky scientist, who compares E. coli to drunken revellers and is utterly unafraid to admit that she once penned a villanelle for Anton van Leeuwenhoek (who discovered microbes). She also describes her own environmental activism, which she came to relatively recently. Life had gotten in the way —“a son, a divorce, research grants”— and she had been content to let the government do its job. “It was a long time before I finally accepted that those in power were not willing to help human civilization move rapidly away from fossil fuels.” She can countenance the apathy no longer.

Armchair environmentalism? Easy. Electoral politics? That takes guts. Though she’d much prefer hunting algae to politicking , Quarmby ran in the 2015 federal election, as the Green Party candidate for Burnaby North–Seymour. She was “crushed by the campaign,” which she likens to class IV rapids on the Chattooga River: “Ten months later, standing on the metaphorical shore, soaking wet and bedraggled, I was gazing at a smashed canoe, knowing without a doubt that I was better suited to running river rapids than running in an election.” That she had little activist swagger beforehand makes her foray into climate politics all the more compelling. She was first arrested in spring 2012, trying to block a coal train. The experience left her feeling afraid and embarrassed, but she continued with her new-found mission. In 2014, she was among those who flouted an injunction won by Kinder Morgan; the energy giant took them to court for “tortious interference.” Quarmby contacted a journalist before she even called a lawyer: “Outrage trumped fear.”

For all its merits, Watermelon Snow is uneven and, at times, predictable. Most of Quarmby’s activism has centred on Burnaby Mountain, and she has no problem whipping up eleven bulletproof reasons for opposing the Trans Mountain pipeline (in an excellent, damning chapter). But at the polar latitudes, she is fully a tourist. Her grief for the beautiful vanishing ice is couched in well-worn tropes. Yes, the Arctic is “ground zero for climate change,” but it’s also a fantastical place where Quarmby seeks adventure. Her writing , while alluring , can feel empty, as she meanders into breathless mythologizing. Who knew that walruses were so enormous! Skinny-dipping in the Arctic Ocean releases so many endorphins! And some of her musings are downright cheesy: “Will our god-like species find a way to unite power with wisdom?”

Ice is political. However we slice it, the Arctic is being shaped by struggles over resource extraction, human rights, and, yes, scientific exploration. The 1925 Svalbard Treaty, signed by over forty countries, resulted in “a demilitarized archipelago” that now hosts a research station and the Global Seed Vault, which stores over 900,000 varieties of seeds in the permafrost (which is quickly melting). Then there’s Pyramiden, an abandoned Russian coal-mining settlement on Spitsbergen Island that is among the Antigua ’s last stops. The town once flourished and then disappeared — part of a larger Cold War environmental story. If only Quarmby had done more to engage with all of this, rather than treating it like a footnote in a souvenir brochure.

That’s not to say Quarmby is unaware. She knows that her trip looks like yet another exercise in “extinction tourism,” and she struggles with that pervasive guilt throughout the book. Her flights alone put almost four tonnes of carbon into the atmosphere, “more than the weight of eight adult polar bears or one baby blue whale.” Can she make that up to the bears, the whales, her son? “Fleetingly, I wished it could be enough that going North was something I’d dreamed about since I was a child,” she writes of her motive to travel. “But in the end, it is all about stories and I need a better one.”