Charitable foundations in this country come in all shapes and sizes: private, public, “donor advised”; small, large, and jumbo. From none in 1917 to more than 10,000 today, they hold assets of $70 billion. In 2015, foundations gave $5.6 billion to other registered charities: hospitals, universities, research facilities, community associations, groups working internationally, and arts organizations (including the magazine you’re reading). They are a vital part of our social and cultural fabric, and their number, along with their largesse, is growing.

“To date, the story of foundations in Canada, with very few exceptions,” the editors of this new essay collection write, “has been told by the foundations themselves.” To a large extent, Philanthropic Foundations in Canada is cut from the same cloth. Its first five chapters discuss the hist­ory of foundations, how they are managed and regulated, and what the current landscape looks like. The final five, grouped under the heading “Pathways to Change,” describe various efforts at bringing donor coordination to bear on large, intractable problems: poverty, youth homelessness, and cutbacks in government social-sector funding. The various contributors describe the evolution of strategies and programs — all positive — with which they have been personally associated.

In these ten chapters, one catches only the slightest hint of doubt: for the most part, all is well; the sector is learning and building and moving forward in helpful ways. 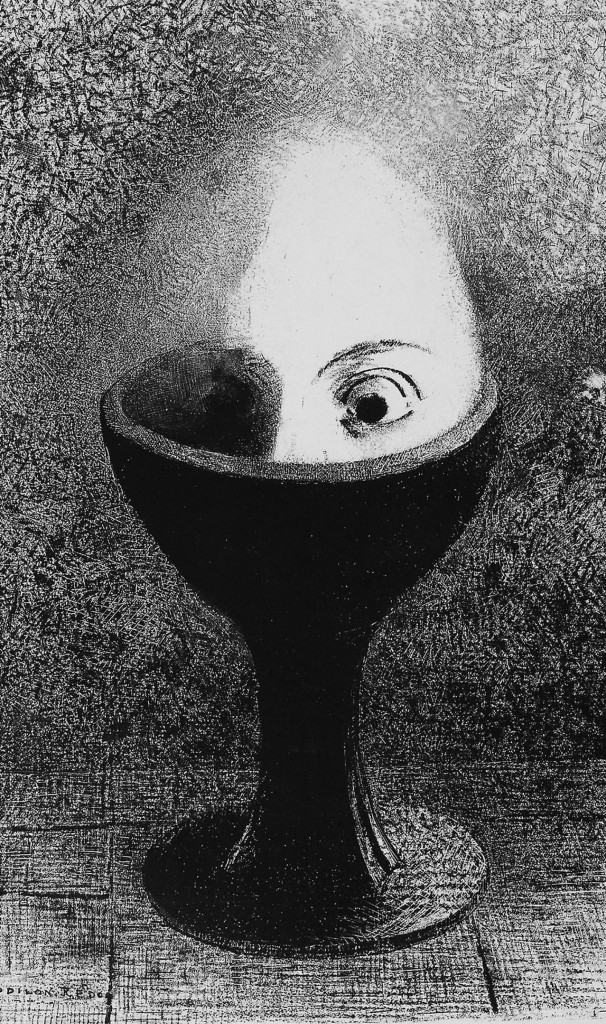 Keeping an eye on the nest egg.
Image by Odilon Redon, The Egg , 1885; The Stickney Collection; Art Institute of Chicago

By and large, however, foundations don’t deliver programs — they deliver money. These chapters are mostly about that: how foundations draw in resources; how they research, plan, learn, coordinate, strategize, and convene in order to ensure that grantees meet an objective. The book would have appeared incomplete without at least a few recipient voices, and in what looks like an attempt to kill a couple of birds with one stone, a middle section contains three chapters by Indigenous writers whose organizations are on the receiving end of the philanthropic spectrum. And what a usefully discordant tone these essays bring to the whole.

The authors here are understandably preoccupied with the historical impact of white settler philanthropy and its manifestation in the residential schools, the Sixties Scoop, and other endeavours that “have largely failed to alleviate the social issues produced by settler practice.” They speak of the need to decolonize funding , the need for reciprocity in the relationship between donor and grantee, and the need to “transform the way funders think, act and fund.” Trust, reciprocity, and transparency on the part of the donor are essential, they argue, to successful relationships.

“The situation is a little like getting a driver’s licence at sixteen and not being tested again until you are eighty.”

Yes, yes, one might be tempted to reply, things have been awful between many foundations and Indigenous communities. And in the ten-year-old Circle on Philanthropy and Aboriginal Peoples in Canada, along with several other initiatives, the book tells us, foundations are at last starting to get it right. That all may be true, but the generic problem of philanthropy that these authors describe is far from unique to the settler mentality they bemoan. Hist­ory is laden with wreckage trailing behind one Lady Bountiful after another. “If I knew for a certainty that a man was coming to my house with the conscious design of doing me good,” Henry David Thoreau wrote in Walden, in 1854, “I should run for my life.” In our own time, we don’t need to think much beyond everyday critiques of the World Bank to find egregious examples of donors failing to alleviate the social problems they have created.

If there is a shortcoming in the chapters on Indigenous perspectives, it is their tone of special pleading: Indigenous organizations should be excused from standard types of reporting and “bureaucratic application forms and evaluation criteria.” Requirements imposed by the Canada Revenue Agency embody “the conflicts inherent in making change in colonially produced social issues from within a colonial structure of organization and regulation still based in Canada on 15th-century British laws.”

It is true that Anglo-Saxon notions of charity hark back to the Elizabethan Poor Laws (from the turn of the seventeenth century, not the fifteenth), and it is true that the Canada Revenue Agency has a limited notion of what constitutes a “charitable purpose.” But there isn’t much in this book to suggest that the CRA is overly restrictive. In fact, in the wake of the WE controversy, it could be argued that the agency is far too lax in its oversight of non-profits, foundations included. One author says that the CRA imposes a “strong reporting system,” but in fact the annual T3010 that all charities must submit provides little information on sources of income or where and how donations are actually spent. (By 2019, the WE Charity and the WE Charity Foundation had become so entangled with ME to WE businesses and with WE charities in the United States and Britain that their T3010 forms, still openly available for public viewing on the CRA website, should have raised questions long before the damaging public imbroglio that developed.) Actual CRA audits are uncommon, and charitable status is rarely questioned once granted. The situation is a little like getting a driver’s licence at sixteen and not being tested again until you are eighty.

“Responsive” is a word that doesn’t appear much in Philanthropic Foundations in Canada. The idea of board members responding to a grantee’s requests for help with its strategies, goals, and programs (as opposed to the other way around) doesn’t arise, except perhaps in the Indigenous plea for “reciprocity.” In one of the few chapters that deal with foundation-supported activities, Natalie Ord describes her employer’s work on youth homelessness: the Vancouver Foundation combines seed funding with research, learning , and “convening ,” which seems to be a euphemism for advocacy. There is, of course, no reason to argue that the organization shouldn’t convene, or fund what it thinks best, but the approach could also be seen as a bit colonial­ish. The same may be said for Centraide’s poverty reduction efforts, in Montreal, and the “greater openness” it has developed in the donor-grantee relationship. Greater openness, however, could even extend to the possibility of a donor taking a seat on the board of a grantee organization. Settler philanthropy, here we come!

Modern donor hubris recalls “The Gospel of Wealth,” the well-known essay by Andrew Carnegie, from 1889, in which he wrote confidently about “the best gift which can be given to a community.” The great philanthropist and founder of one of America’s oldest foundations mentioned hospitals, medical colleges, laboratories, “and other institutions connected with the alleviation of human suffering , and especially with the prevention rather than the cure of human ills.” He put his own money into libraries, saying that readers were “of more value” than the “inert, lazy, and hopelessly poor.” The question of a government creating such institutions didn’t factor into Carnegie’s calculus. That way lay socialism, and he certainly wanted to protect “the legal right of the millionaire to his millions.” The answer to those who would “propose to substitute Communism,” he wrote, was for “the man of wealth” to give back “in the manner which, in his judgment, is best calculated to produce the most beneficial results for the community. . . . Thus is the problem of Rich and Poor to be solved.”

Carnegie’s gospel was at the heart of what came to be known as “welfare capitalism”: companies developing welfare systems for their employees and establishing foundations as a means of heading unionism, socialism, and revolution off at the bank. Here we have the origins of the Russell Sage, Rockefeller, Kellogg , and Ford Foundations in the United States as well as the Massey and McConnell Foundations in Canada.

John Steinbeck had some thoughts on all this. “Perhaps the most overrated virtue in our list of shoddy virtues is that of giving ,” he wrote in 1951. “Giving builds up the ego of the giver, makes him superior and higher and larger than the receiver. Nearly always, giving is a selfish pleasure, and in many cases it is a downright destructive and evil thing. One has only to remember some of our wolfish financiers who spend two-thirds of their lives clawing fortunes out of the guts of society and the latter third pushing it back.” The irony is that many of the largest, best-known family foundations of Steinbeck’s day went on to become leaders in supporting social justice, liberal democracy, and human rights, not just at home but around the world.

Annabelle Berthiaume and Sylvain Lefèvre, one of the co-editors, echo both Carnegie and Steinbeck in their chapter on the Collectif des fondations, established in Quebec in 2015, saying that the “context of heightening social inequalities brings back into the public debate the complex and delicate issue of wealth creation and redistribution and, more generally, the role of philanthropy in combating social inequalities.” Clearly, the problem of Rich and Poor remains to be solved.

One area untouched in this book is the issue of a recipient organization’s administrative and ongoing costs. Rarely do donors want to be shackled to endless recurrent costs, preferring time-limited innovation and social experiments that can be handed off and scaled up. Too often grantees are expected — somehow — to raise funds elsewhere for unattractive running costs or to squeeze them out of a patchwork of donor-crafted “initiatives.” Implicit in much of this thinking is the idea that some level of government will take the successful initiative to scale. Berthiaume and Lefèvre’s chapter, however, describes the reverse: a provincial government cutting back on social services and expecting foundations to pick up the slack. “What is the role of foundations, the foundations asked themselves, in a context where public funding no longer provides, or even promises to provide, such support?” In response, governments in Quebec and elsewhere might well ask, What is the point in giving these foundations tax breaks — giving up income that would otherwise come to us — if they aren’t willing or able to assist with our priorities?

A concluding chapter of reflections by Tim Brodhead, former president and chief executive officer of the McConnell Foundation, draws out some of the book’s key messages, but it also hits a few nails that were missed in what he calls a “mostly upbeat story.” He concedes that “the old formula of foundation grants being used for pilot projects that, once proven, could then be scaled up by government money, has not worked for years.” If poverty, inequality, and social injustice are to be tackled effectively, “more attention is needed on how to make government more responsive, nimble and effective.” This will come only when foundations have the legitimacy to advocate — a legitimacy that will be derived not from the volume of a foundation’s spending , knowledge, independence, or “presumed disinterestedness” but from trust, diversity, public accountability, and the kind of voice that is earned through genuine reciprocity between giver and receiver.

Ian Smillie is the author of  The Alms Bazaar and a co-author of  The Charity of Nations: Humanitarian Action in a Calculating World.