The Canadian Federal Election of 2019

The popular election narrative was born with Theodore H. White’s The Making of the President 1960. The book, which won the Pulitzer Prize for general non-fiction and dominated bestseller lists for months, “revolutionized the art of political reporting,” in the words of William F. Buckley. White’s compelling prose, his access to John F. Kennedy’s team, and the exciting nature of an election that saw JFK narrowly (and, perhaps, illegally) defeat Richard Nixon combined to produce something of an ur‑text. Similar volumes emerged after every presidential race for the next several decades, some penned by White himself and others written by Jules Witcover, Jack Germond, and teams of Newsweek reporters.

These books always set out to capture the excitement, the drama, and the conflict that characterized the contest. At their best, they conveyed the personalities of the candidates, the policies they presented, and the strategists behind them. It was Martin Sullivan, a writer for Time magazine, who imported White’s model to Canada, with the publication of Mandate ’68. Sullivan zeroed in on the progressive roots in Quebec that led to Pierre Trudeau’s sensational rise, first as Liberal leader and then as prime minister. But whether in Canada or in the United States, the popular election book seems to have run its course. Perhaps it’s because access to candidates is so tightly controlled these days, or because travelling on campaign trips is so expensive, or because the publishing industry has changed, or because political journalists now tackle more specialized aspects of electoral politics. “The campaign book deserves to die,” the American historian Garry Wills wrote in the New York Times Book Review twenty years ago, “and it is doing its duty.”

An altogether different type of election book, however, was pioneered by the Queen’s University political scientist John Meisel. His The Canadian General Election of 1957 was more analytical, more statistical, more detached than something White or Sullivan might have written. It was also less immediate: Meisel published his book in 1962 — five years and two federal elections after the fact. A generation later, in 1992, Richard Johnston followed suit, publishing Letting the People Decide: Dynamics of a Canadian Election four years after the 1988 votes were counted. 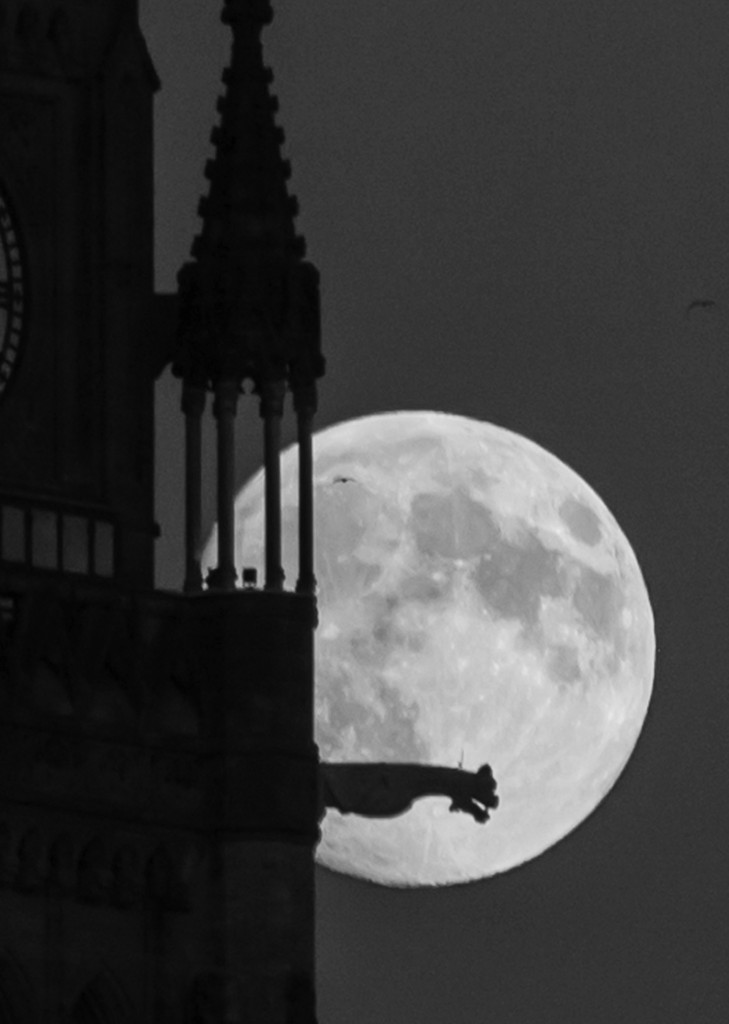 A view from the before times.
Image by J. Michel Carriere, 2015; Flickr

While the journalistic model may have outlived its purpose, the academic side of the equation has evolved alongside modern campaign complexity by divvying up the fragments of elections — the political parties, the polling, the media, the digital canvassing — and producing collections of essays. It’s the approach Alan Frizzell and Anthony Westell took in 1985 with The Canadian General Election of 1984: Politicians, Parties, Press and Polls, which spurred a series. Now their successors, Jon H. Pammett and Christopher Dornan, have produced a detailed account of Canada’s forty-third general election.

The first reaction that The Canadian Federal Election of 2019 produces is astonishment at how long ago that campaign, from the dropping of the writ on September 11, 2019, to the final vote on October 21, now seems. The book is like a message in a bottle from the before times — before the pandemic, before the lockdowns, before the post-election volcano in the United States that so transfixed the rest of the world. It begins with a preface by Christopher Dornan. “In the end,” he shrewdly observes, “it was an election in which almost all the parties lost but almost all the parties won.” The Liberals, for example, lost their majority. The Conservatives lost the election. The New Democrats lost fifteen of their thirty-nine seats. The Greens, with only three seats, lost by falling well short of official party status. Maxime Bernier’s People’s Party lost in every riding where it ran candidates. And the Bloc Québécois failed to achieve any bargaining power.

At the same time, Dornan points out, almost every party won: the Liberals by remaining in power; the NDP by retaining official party status, gaining leverage with a minority government, and not being eclipsed by the Greens; the Bloc by being able to claim to speak for Quebec and also having a voice in the minority government; the Greens because of the new importance of climate change; and the Conservatives by winning more votes than any other party, “making them the stewards of a political viewpoint that cannot be dismissed.” (Of course, the People’s Party won nothing, a fact that has acquired greater significance in light of the paroxysm at the end of the Trump regime.)

Dornan’s insight — that each party suffered but survived in an election that will be either a minority respite or the first stage in a change of government — is reiterated throughout the book, starting with chapters that examine each party’s campaign. Dornan himself writes an effective chapter on the context of the election, reviewing the renegotiation of NAFTA, the seizure of the two Michaels by the Chinese government, and Justin Trudeau’s blackface debacle. Next is Brooke Jeffrey’s essay on “the chastened Liberals,” where she goes over Trudeau’s embarrassing trip to India, various campaign preparations, the SNC-Lavalin saga, and the narrative the incumbent party offered to Canadians.

Faron Ellis presents an expert critique of Andrew Scheer’s dissimulations and contradictions, from his lack of accreditation as an insurance broker and his dual Canadian-U.S. citizenship to his attack on the new Canada–United States–Mexico Agreement (while saying he would vote to ratify it anyway). “Each of these incidents demonstrated a lack of authenticity and furthered the impression that he was not being as transparent as he could be,” Ellis writes, “or as he believed others should be.” That Conservatives stooped to a new low of embellishment near the end of the campaign — falsely accusing the Liberals of planning to decriminalize all drugs, to increase the GST, to tax profits on sales of principal residences — widened their credibility gap with the electorate. “The aggressiveness, evasiveness, and fabrications repeatedly took the party off-message and contributed to its inability to promote its own platform.”

David McGrane explains how the NDP benefited from soft expectations. Party strategists so lowered the bar, in fact, that despite disappointing losses under Jagmeet Singh, it “ended up doing better than many believed that it would.” The election in Quebec, Eric Montigny argues in his chapter, unfolded just as “an ­autonomist vision” of the province and its relationship to Confederation re‑emerged:

The autonomist vision is based on the national character of the Quebec state. This implies that the Quebec premier is the heir of New France and must protect a francophone national culture in North America. Even though the Yes‑No divide has been eroded, this is not the case for Quebec nationalism. It is now based on pride in its international economic and cultural successes and on the integration of newcomers into a French-speaking host society.

This alternative to flat-out independence has its roots in the nineteenth century, with echoes under Maurice Duplessis, Daniel Johnson, Jean Lesage, Robert Bourassa, and, now, François Legault. It’s this context — alongside the emergence of the secularism legislation as an issue and Yves‑François Blanchet’s skills as a debater — that put the Liberals on the defensive in Quebec, while the Conservatives were coping with mixed messages on abortion and social conservatism and Jagmeet Singh struggled to overcome suspicions of his turban.

The Canadian Federal Election of 2019 also includes focused examinations of the climate issue, the media, the polling, and digital campaigning, as well as a detailed analysis of the results. In his concluding chapter, Jon Pammett points out that the second election is traditionally problematic for a majority government: Mackenzie King and Pierre Trudeau both recovered from setbacks in their first attempts at re-election, while Robert Borden, John Diefenbaker, Lester Pearson, and Brian Mulroney never fully got over the problems that occurred in theirs. Others, including Arthur Meighen, R. B. Bennett, Joe Clark, and Paul Martin, “did not survive their second election at all.”

Thus, Pammett sees Justin Trudeau’s second campaign as a test: “Will it be the Trudeau dynasty or the Trudeau interlude?” Ultimately, we do not yet know the full results. The prime minister may recover a majority (as his father did), continue with a minority government (like Pearson), or lose what seems to be a looming third election (like Diefenbaker). “It is in the mastery of the important issue areas that take prominence in Canadian elections that dynasties are established and maintained.”

For all candidates, federal elections are now fragmented and focused exercises, as sophisticated campaigns target micro-electorates through online platforms, extensive polling, and pinpointed messaging. Political parties are losing their significance as social organizations, with delegated conventions giving way to members — many of whom have been signed up only days before — now selecting the leaders. All the while, the Senate is no longer a chamber of partisan elders and organizers (for the Liberals, at least), which perhaps strengthens its public credibility but further undermines the parties.

Ultimately, the strength and the weakness of this essay collection is that it mirrors the fragmentation and focus of that seemingly distant campaign itself. Election books used to have compelling, singular narratives, something The Canadian Federal Election of 2019 lacks. And that is a reflection of contemporary politics, which so often resists tidy explanations.