At the Pleasure of the Crown: The Politics of Bureaucratic Appointments

In the eyes of many, the amusing Sir Humphrey Appleby, portrayed by Nigel Hawthorne in the BBC series Yes Minister and Yes, Prime Minister, represents the quintessential public servant: cool, calm, and firmly in control. But how does a smug deputy minister — the one who knows where all the political bodies are buried — actually come to have a job in the first place? It’s the Byzantine workings of this world that Christopher A. Cooper tries to explain in At the Pleasure of the Crown: The Politics of Bureaucratic Appointments.

Cooper, who teaches public management at the University of Ottawa, acknowledges that the comings and goings of high-ranking administrators can seem “frivolous and unimportant,” yet he believes appointments are an issue of “paramount importance” for Canadians. “Understanding change over the past hundred years in the relationship between politics and administrative turnover provides insight into the different ways that we, as a society, have answered one of the most important questions of governance: Who should rule?” Using quantitative and qualitative data, Cooper hopes to shift the discussion “away from how much control governments want over bureaucrats” and instead focus on “the type of behaviour that governments are seeking to control.” This slight repositioning, he believes, could lead to a wholly different understanding — and not just within the corridors of power — of the complementary roles of politicians and bureaucrats.

At the Pleasure of the Crown focuses on appointments at the provincial level and the “three distinct public service bargains that have characterized different periods during the twentieth century.” Under the original “spoils” bargain, which was dominant in the first half of the century, provinces placed favoured individuals into top positions, in part because “governments had little need for in‑depth policy expertise and did not expect very much from the bureaucracy in terms of competency.” What was of primary importance was partisan loyalty and “a commitment to the party’s electoral success.” 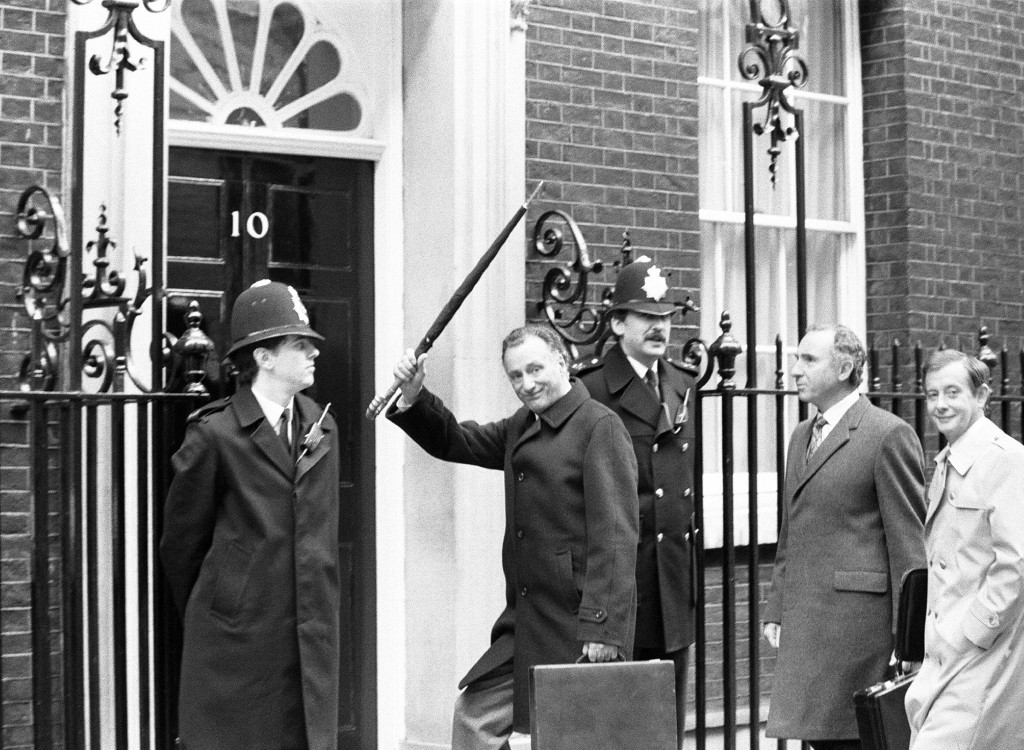 Around 1950, the spoils system was dropped in favour of the “Schafferian” bargain, so named after Bernard Schaffer’s seminal work on political-administrative relationships in the United Kingdom, The Administrative Factor. As postwar provincial governments began to deal with such weighty matters as education policy and social welfare, they sought people with a better handle on the important issues; they wanted “senior bureaucrats to possess knowledge gained from formal education as well as from professional experience with the policies and programs overseen by their departments.” Still, multi-faceted deputy ministers who could consistently provide good ideas and solid advice to elected premiers and ministers were critical tools in the political tool box, even if they were less overtly partisan.

Over time, bureaucrats became “increasingly more knowledgeable than politicians,” and the arrangement went out of vogue: “Governments did not want senior public servants telling them that their policy agenda was wrong and that they, as more knowledgeable experts, had better, more technocratic, ideas.” After years of appointees challenging elected politicians, there was a shift in the 1980s to today’s “managerial” bargain, in which senior administrators are meant to “enthusiastically accept” a government’s agenda and “mobilize resources to realize it.” While politicians still express displeasure when bureaucrats speak out, a sense of loyalty “is not of a partisan nature,” as it once was, but rather “oriented to the government’s policy objectives.”

In many ways, top placements continue to work in the same vein as patronage appointments; after all, the public service is packed with partisans, ex-staffers, and other actors who want to support the sitting government’s policies. In other and often counterintuitive ways, they reflect the ideological positions of whichever party rules the day. The Conservatives and the Co-operative Commonwealth Federation, for example, “were early movers in their attempt to get away from the spoils bargain,” in part to undo the historical dominance of Liberal and Liberal-oriented staffers. And though Quebec’s right-leaning Union Nationale has “largely been identified with patronage,” it had a surprisingly “low level of turnover,” especially after the party returned to power and Daniel Johnson formed government in 1966.

Differences have also played out on regional levels. Cooper shows how British Columbia has seen high levels of bureaucratic turnover under the current managerial bargain, for instance, while Manitoba has seen the opposite. Since the 1950s, the Atlantic provinces have had the lowest levels of turnover, perhaps because the region’s two brokerage parties — the Liberals and Conservatives — have similar policy agendas. Regardless of province, “debate over the politics of bureaucratic appointments will likely persist well into the twenty-first century.”

And what of the scene in Ottawa? Cooper more or less sidesteps that massive “professional meritocratic bureaucracy,” which dates back to the 1930s: “The Canadian provinces offer an ideal case selection for generating a better understanding of the raw strategic behaviour of governments unfettered by institutional restraints.” It makes one wonder if life at the federal level really does imitate the artful fetters of Sir Humphrey.