Neglected No More: The Urgent Need to Improve the Lives of Canada’s Elders in the Wake of a Pandemic

One death is a tragedy; thousands remain a statistic. We have been by turns numbed and horrified by the scale of the novel coronavirus’s carnage in long-term-care facilities, but the shambles of this past year, suggests the veteran health journalist André Picard, isn’t really the story at all, just the lead. The full truth is that Canada, which vaunts its social safety net with righteous satisfaction, has far too often pushed inconvenient elders into the shadows. The infection that has slashed through our LTC population like a scythe is only the most recent reminder:

Since the advent of medicare, there have been countless examinations of the inadequacies of eldercare. Politicians have been far more eager to order investigations than act on the problems that have been exposed.

More shocking than the sheer number of reports is their remarkable consistency.

Somewhere along the line, we sacrificed the lives of LTC residents by allowing gross incompetence, neglect, chronic underfunding, and profit seeking to triumph. Seniors who died in LTC homes have accounted for 80 percent of overall COVID‑19 mortality in Canada — the highest proportion in the OECD. The Canadian military, which briefly took over in some ­facilities in Quebec and Ontario when existing staff were unable to cope, found conditions so appalling that mental health supports were summoned to assist the deployed soldiers. Frail patients were being force-fed until they choked, their sores left untreated, their calls for help unanswered, as staff fled en masse, in some cases to be replaced by ill-trained gig workers.

Even before the military reported on what soldiers had faced, the word was getting out. At Résidence Herron, in Dorval, Quebec, the virus swept through the 134 beds like a forest fire. As Picard notes, paramedics who arrived on March 29, 2020, discovered a mere three workers — one seriously ill — delivering care to 133 residents. The director of the local public health authority reportedly found conditions there “akin to a concentration camp.” A registered nurse who volunteered with “what essentially became a rescue mission” was stunned: “It was horrific — there wasn’t enough food to feed people, the stench could’ve killed a horse.” 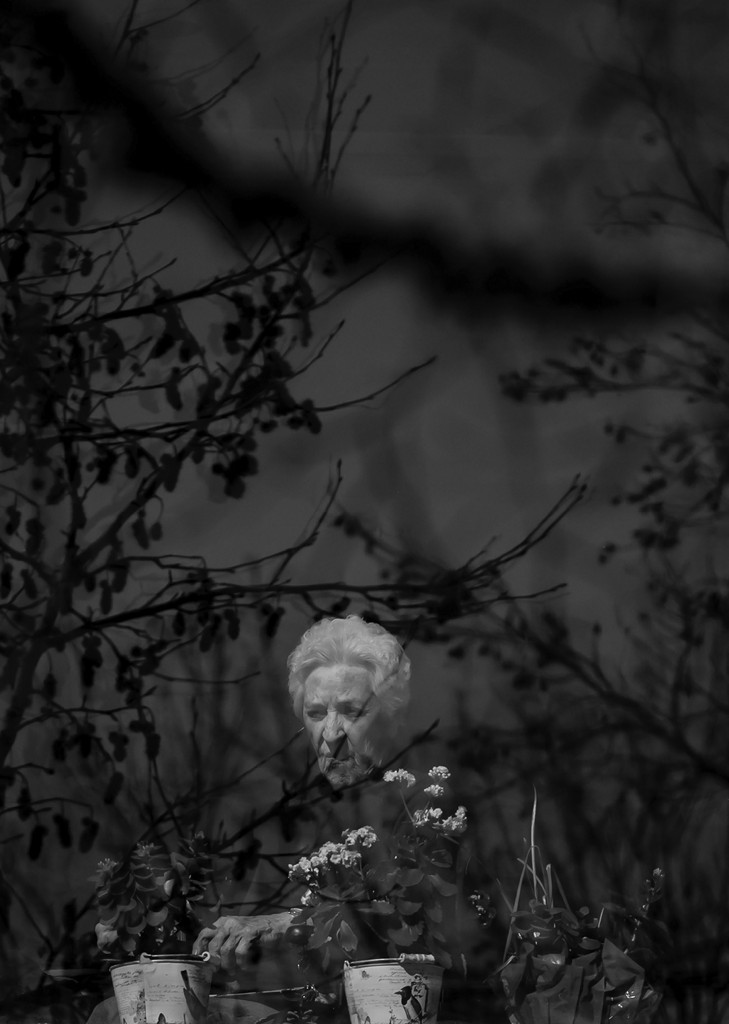 The scene was repeated too often.
Image by The Canadian Press

This terrible early scene was to be repeated in many other LTCs, as we know from two sobering military accounts. Indeed, in terms of COVID‑related deaths, Picard notes that Herron ranks sixteenth in Canada. And while one might imagine that lessons were learned to prepare for the second wave of the pandemic, the carnage continued throughout 2020.

On December 11, there were 3,107 new cases of COVID‑19 reported in LTCs, over the previous seven days. By the end of the year, more than 700 residents in Ontario alone had perished in the second wave. British Columbia reported twenty-six deaths in one day; in a single home in Winnipeg, Revera Maples, fifty-two residents died. Then, in January, Grace Villa in Hamilton and Roberta Place in Barrie, Ontario, were in the news. One-quarter of Grace Villa’s residents had died; in Roberta Place, the entire resident population became infected, with sixty-nine deaths.

Political responses to the crisis have been mixed. Provincial governments in British Columbia and Quebec reacted with mass hiring initiatives, including training and boosted wages, to counter endemic staff shortages. Ontario, on the other hand, refused paid sick leave to front-line workers and quickly legislated protections for LTC operators against negligence lawsuits.

In medias res, as we are, it’s too soon to tell whether the political will exists to make the fundamental changes required to ensure a decent, secure old age for everyone. Many of the 2,039 long-term-care facilities in this country are in fact well run, but the poorly regulated industry as a whole is a patchwork quilt. As Picard notes, it operates under a number of separate authorities, with differing standards and non-existent accountability. Establishing and enforcing socially acceptable norms of care across Canada, or even within each province or territory, would be no small task. To tackle that complex tangle of problems, we need to understand why so much of the sector was egregiously unprepared to protect the roughly 160,000 residents of long-term-care facilities from the pandemic in the first place. And this is precisely what Picard sets out to explain.

The hist­ory of institutional care for incapacitated or indigent seniors originated in the penal system, not the health system. The workhouse model, originating under the Elizabethan Poor Laws, was imported to Upper Canada and persisted until surprisingly recently, complete with uniforms, forced labour, and punishments. By the late 1960s and for a time into the ’70s, reforms and a substantial infusion of government funding markedly bettered the quality of life for residents. But a number of other forces were at work and would ensure such improvements were short-lived.

From the beginning, long-term care has existed on the margins, integrated into neither our health care system nor our social assistance programs. Consequently, facilities have been particularly squeezed as the demand for their services grows with an aging population. Increased life spans and other factors also have led to a rise in the proportion of residents with dementia, which requires specialized treatment that many homes are ill-equipped to give. At the same time, health care costs have increased and governments have embraced austerity agendas. As Picard outlines at some length, these trends have resulted in an increasingly industrialized approach — centred on the facility rather than oriented to patients.

“In practice, too many LTCs are unable to meet regulatory standards. So what is to be done?”

The result is a network of de facto hospitals, but without the resources and staff. As far back as 1985, the Canadian Medical Association observed “social negligence.” Picard writes that the CMA was “particularly critical of the lack of investment in government-owned and not-for-profit homes, saying elders were being left at the mercy of for-profit corporations.” The problems have gone unchecked, as funding has been slashed; the Ontario government, for example, imposed deep cuts as recently as 2019. An increasingly lax inspection regime has made things even worse.

The overwhelming death rate from COVID‑19, in other words, was an accident waiting to happen. It’s not as though there hadn’t been warnings. Picard reminds us of the scandal in Quebec during the 1990s, when journalists uncovered hundreds of LTC deaths due to neglect. In 2014, thirty-two residents in that province died in a fire: the home had not been equipped with a sprinkler system.

But the response has always been more regulations, not more funding. Setting staff ratios or patient-care hours doesn’t make qualified personnel materialize out of thin air. In practice, too many LTCs are unable to meet regulatory standards. So what is to be done?

The current system is inefficient, fragmented, difficult to access, and, as we have seen, deadly in an emergency. Moreover, institutional care is expensive and can easily wipe out one’s savings. Home care that would keep families together could be far cheaper, if not delivered through a bureaucratic, task-oriented model. Ontario spends roughly $180 per day on LTC residents — which could do a lot for patient-centred home care and community supports.

But how do we actually build a better system? Here Picard wobbles a little. Many of his suggestions are practical enough: centralizing responsibility for elder care in one ministry, establishing a seniors’ advocate, creating a robust inspection regime, improving data collection, and building more affordable housing. There is no end of best practices to guide us, including successful experiments in community living arrangements both here and abroad (he cites Norway and Sweden as two countries with approaches worth studying).

Despite damning evidence that for-profit homes have seen more intense infections and more deaths than non-profit ones, Picard insists that setting appropriate staff ratios would be preferable to abolishing the for-profit model outright. As for lockdown measures that likely saved many lives, he writes, a little glibly, that care homes “are supposed to be homes, not prisons.” He also argues against reopening the Canada Health Act to establish a national standard of senior care, although he is not opposed to creating a parallel federal funding envelope with strings attached. Yet, while he calls for enforceable national staffing standards, he suggests, somewhat confusingly, that the quest to establish such standards stands in the way of reform.

But this is mere cavilling. André Picard has been covering health issues for the Globe and Mail for decades, and he writes here with verve and knowledge, offering a wealth of facts and poignant anecdotes to make a persuasive case for comprehensive systemic change. Neglected No More should be an essential part of the national debate we urgently need to be having right now, whether or not we agree with all of its conclusions. After all, even when the pandemic is finally behind us, the deep problems that have been exposed will remain until the current system is thoroughly reconstituted. And none of us are getting any younger.