Throughout February 1978, many Quebeckers changed their plans for Wednesday nights. Strikers at the newspaper Montréal-Matin moved a union meeting. A university hist­ory class persuaded its professor to reschedule a lecture. They all wanted to watch a seven-part television mini-series. Even the premier’s office organized a special screening of the second episode for reporters who had been obliged to cover a first ministers’ conference.

The show that so transfixed the province that month was Duplessis, a dramatization of the career of Maurice Duplessis. Directed by Mark Blandford and written by Denys Arcand, it was broadcast almost twenty years after the premier died in office, at the age of sixty-nine. Arcand wrote, and the actor Jean Lapointe personified, a detailed portrait of a highly complex figure: a politician who revealed corruption and then profited from it, who was kind and brutal, loyal and unscrupulous, sentimental and ruthless, and always cunning, earthy, and funny. (Arcand had previously written and directed the 1972 documentary Québec: Duplessis et après . . . .) The result was a much more nuanced picture than the usual caricature of a malevolent dictator who single-handedly prevented Quebec from joining the progress of the postwar Western world, keeping it locked in an almost medieval stability.

At intervals, Quebec rediscovers Maurice Duplessis, who led the province from 1936 until his death in 1959, with a four-year exile in opposition from 1939 to 1944. And as historians once again revisit the near-mythic figure, they are drawing some interesting comparisons to contemporary politics: like François Legault, Duplessis created his own party; like Legault, he was a conservative nationalist populist; like Legault, his base was rural and small-town, off the island of Montreal. 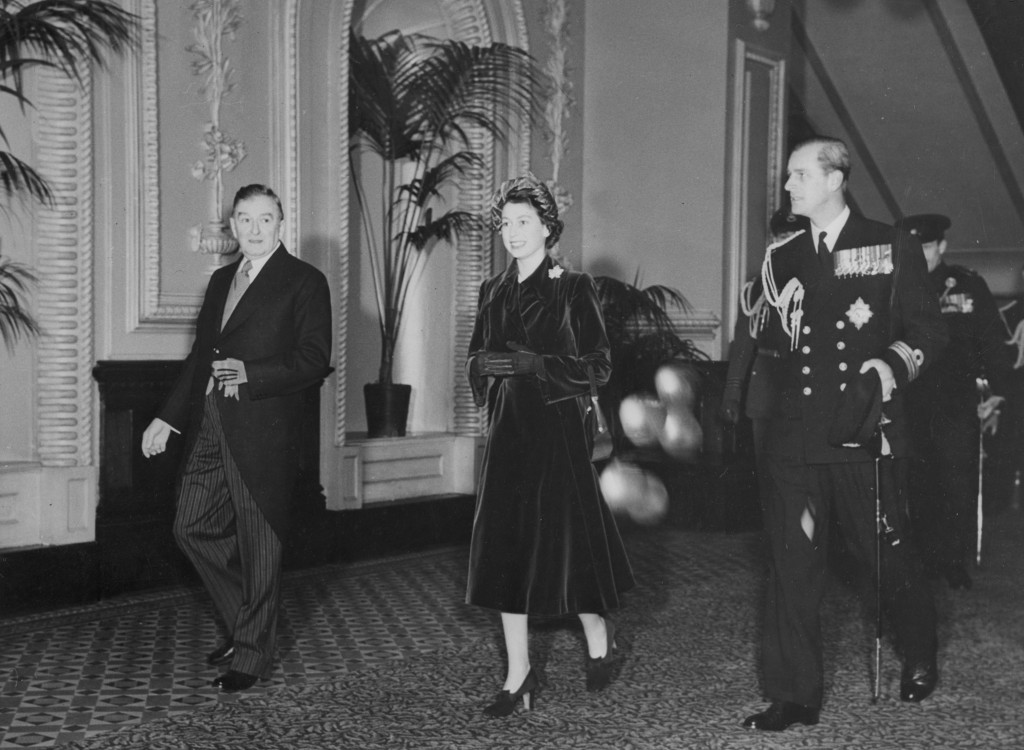 With Duplessis est encore en vie (Duplessis is still alive), the historian Pierre B. Berthelot looks at the different ways the former premier has been treated in the past, primarily by focusing on biographies by Robert Rumilly, in 1973, and Conrad Black, in 1977, as well as Arcand’s work. (Berthelot actually borrows his title from Arcand, who wanted to use it for the 1978 mini-series.) Berthelot begins his book by laying out the one-dimensional view that often persists: that of an authoritarian who appeared to be the incarnation “of all of the worst traits of the Québécois: a man who was cruel, nasty, ­vengeful, hypocritical, vulgar, ignorant and proud of being so.” And he proceeds to show how that view is incomplete.

Changes over time in the perceptions of an individual or a phenomenon have made for an interesting current in the writing of history. In 1979, for example, Frances FitzGerald looked at how twentieth-century textbooks had evolved (and often served as propaganda) with her book America Revised. Merrill D. Peterson did something similar in 1994, with Lincoln in American Memory, where he examined the image of the sixteenth president, from his assassination in 1865 through to the civil rights era a century later. Closer to home, the historian Jonathan F. Vance showed how views of the First World War became the basis of myth with his 1999 book, Death So Noble. And with Unbuttoned, from 2017, Christopher Dummitt presented a dramatic picture of how public opinion of William Lyon Mackenzie King had shifted over the decades. Once considered a shrewdly procrastinating and compromising politician, King came to be seen as a strange spiritualist who just happened to be our longest-serving prime minister.

These and other historians have enjoyed the benefit of new information becoming available, which has led to new interpretations. King’s fascination with spiritualism became known only after his death, for example, when his papers became accessible. So in that sense, Berthelot is at a disadvantage, because Duplessis’s papers are still largely inaccessible — and fiercely guarded by the Société des Amis de Maurice L. Duplessis, at the Séminaire Saint‑Joseph de Trois‑Rivières.

The nationalist historian Robert Rumilly was one of the few to gain access to those papers. Born in Martinique, Rumilly was an admirer of Marshal Pétain in the years after the Great War and a member of the reactionary, ultra-conservative Action française. After the organization was condemned by Pope Pius XI, in late 1926, and its members threatened with excommunication, Rumilly immigrated to a Quebec that he imagined was “a France before the Revolution,” meaning traditional and Catholic, but with an American dynamism.

Not long after he arrived in Canada, Rumilly became involved with conservative intellectuals who were admirers of French reactionaries like Charles Maurras, a key organizer of Action française, and right-wing leaders like Franco, Mussolini, and Salazar. He joined McGill as a literature professor, in the 1930s, began publishing a series of biographies of French Canadian politicians, including Wilfrid Laurier, Henri Bourassa, and Camillien Houde. Rumilly then became infatuated with Duplessis, writing propaganda on the premier’s behalf and a fawning hagiography, Maurice Duplessis et son temps, after his death.

Rumilly worked on his biography at the same time as Conrad Black, who also had access to the Duplessis papers (he microfilmed a portion of them, which he gave to the libraries at McGill and York Universities). The two travelled to interview aging sources together, with Black chauffeuring the older man. But Black parted company with the partisan admirer by including darker elements in his character sketch of Duplessis, describing him as “a paradoxical ­figure — gregarious and aloof, generous and cruel, all-forgiving and vindictive, a fanatical upholder of Parliament and the courts and the rule of law who did not hesitate to bend them to his own purposes.”

“According to Rumilly, the defeat of Duplessis”— in 1939 —”was the result of a trap laid by Ottawa, underlining the fear, blackmail and the immensity of the forces that Duplessis faced,” writes Berthelot. “For Black, Duplessis’s defeat was due instead to his own incompetence as well as his consumption of alcohol.” A fundamental difference distinguished the two biographies: Black was prepared to deal with the darker shadows of his subject’s character, while Rumilly was not willing to acknowledge they existed.

Never one to let any personal reference go without response, Black shot back at Berthelot in the National Post, shortly after Duplessis est encore en vie was published in February:

Berthelot falsely states that my subsequent disagreement with Rumilly arose from my supposedly indiscreet treatment of Duplessis on physical matters that were revealed by the doctor who attended to him when he died in northern Quebec, and in references to his alcoholism prior to becoming a teetotaller in 1943. In fact, Rumilly was aggrieved because I had to quote a few cases where he was referred to as a Duplessist propagandist, and unlike his whitewash of the subject, I pointed out all of Duplessis’ less attractive aspects.

In the same newspaper column, Black reiterated one of his major arguments from his massive Duplessis biography: that intellectuals like Berthelot refuse to admit that French Canadians owe their cultural survival to the Roman Catholic Church and that their achievement of approximate economic equality with English Canadians is due to Duplessis’s use of the church’s underpaid teachers and nurses to reduce personnel costs and modernize the province.

Berthelot’s book, however, is part of a much wider re-evaluation of twentieth-century Quebec history. This assessment challenges the idea that the Duplessis era was one of unrelieved darkness — the grande noirceur — and that the election of the Liberals in 1960 was a unique and transformative event. Marxist historians, for instance, have argued that Duplessis was a representative of the political aristocracy and acted on behalf of North American capitalism. Others have maintained that he laid the groundwork for the Quiet Revolution.

Politicians as various as Pierre Trudeau, Robert Bourassa, and René Lévesque were, at one point or another, painted with what Berthelot describes as “the supreme insult”— being compared to Duplessis. But, as Black has pointed out and as experienced politicians in Quebec know, Duplessis succeeded in creating a movement that united all those who opposed the party with the deepest roots in the province, the Quebec Liberals. So did René Lévesque. And now François Legault has done the same thing. In that sense, as Berthelot’s title suggests, Duplessis is still very much alive.