Beyond the Finish Line: Images, Evidence, and the History of the Photo-Finish

Not infrequently, the most dramatic moments of the United States Olympic Team Trials for track and field have nothing to do with gold medals; rather, they are about bronze ones. A close race for first or second means little, because the top three from each event punch their tickets to the Games. A close race for third, however, will take two competitors separated by mere fractions of a second and divide them even further into newly minted Olympian and instantly forgotten also‑ran.

Even hard-core fans often forget that Carmelita Jeter won the women’s 100-metre final at the 2012 trials in Eugene, Oregon, for example. But most recall the battle for third between Allyson Felix and Jeneba Tarmoh. Both sprinters ran 11.07 seconds, and, despite that time being world-class, only one of them would head to London. Officials consulted Hayward Field’s state-of-the-art photo-finish system, a marvel of technology worth far more than most would‑be Olympians make in a year, in an attempt to resolve the literal dead heat. Even that wasn’t enough.

Such is the drama that propels Jonathan Finn’s Beyond the Finish Line. Despite the massive evolution in sports timing, there are still some basic problems it might never solve. As readers come to appreciate the many innovations behind a stirring photo finish, they also come to understand technology’s ongoing limitations. 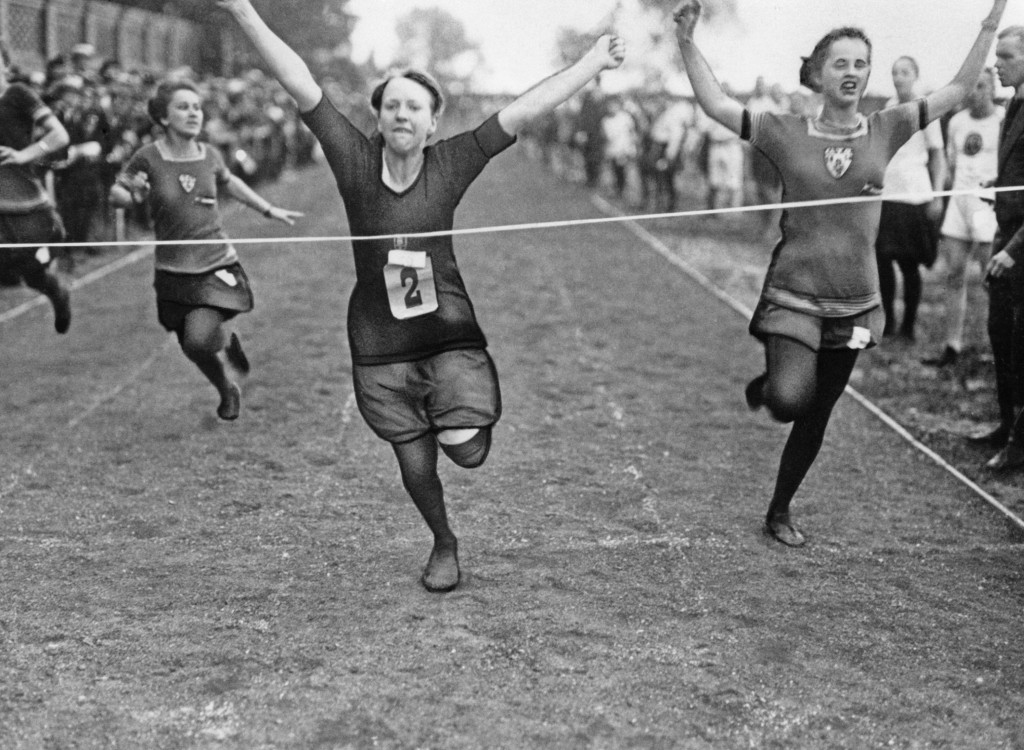 Finn takes us on a deeply researched journey to show how much these technologies have changed since their introduction in the 1870s. Back then, as horse racing gained in popularity, Leland Stanford (who founded the university that bears his name) realized that photographs could help settle bets. Later, John C. Hemment, a war photographer, earned praise in some quarters for his near-instantaneous finish-line adjudicating. But not everyone was convinced: jockeys, in particular, were skeptical of the grainy and askew snapshots. (Eventually, the crooner Bing Crosby would help normalize their use.)

By the turn of the twentieth century, technologies began to account for time, not just placing. Key inventions, like an “eye in the sky” that was perched metres into the air, permitted officials to see the finish line from a better angle, and Gustavus T. Kirby’s “two eyes” camera allowed for more accurate results by videotaping the track and the chronometer simultaneously. Finn, who researches visual culture at Wilfrid Laurier University, punctuates his text with photos of such inventions and of the armies of officials required to operate some of them.

Photo-finish advancements, Finn explains, have been fuelled by a mutually beneficial relationship between the commercialization of sport and the growth of technology. Greater stakes in competition — better athletes, bigger bets, larger budgets — called for more certainty about results. And more certainty compelled athletes to continually fine-tune their bodies in order to improve, even by a millisecond. This relationship has culminated in the modernization of sport — a shift from the mythical ethos of the ancient Greeks to the absolute, seemingly objective quantifiability of science.

The growing prominence of finish-line technologies led to the rise of lucrative timing companies, whose names are now closely linked to sporting events: Swiss Timing, Omega, Seiko. Such companies, the modern-day adjudicators of winners and losers, are worth billions of dollars and boast computers that can record an athlete’s time to the millionth of a second.

But should we record performances with such precision? Finn points out that sport stands at an important juncture. It’s possible that timing technologies now offer us more information than we need. The international federations for skiing, swimming, and track and field, for their part, do not consider millionths of a second when deciding winners or recognizing records; they instead look no further than the hundredth or thousandth. These bodies have concluded that factors beyond athletic performance, such as slight variations in course length, or even the thickness of paint on a swimming pool, can account for minuscule differences.

And although technology has wildly surpassed human capabilities in capturing and interpreting results, reading a photo finish or determining a false start still requires an element of judgment. That, Finn points out, remains dependent on human intervention.

It was this sort of intervention that lent the 100-metre final at the 2012 trials such drama. When Felix and Tarmoh were caught in that dead heat, when even the high-tech cameras could not clearly show who was deserving of the bronze medal, the decision fell to Roger Jennings, known as the best timer in the world by some of his contemporaries. Jennings interpolated a finishing order and then immediately protested his own subjective decision. In the end, despite the joined forces of Jennings’s instincts and the stadium’s technology, Felix and Tarmoh had to resort to a runoff (from which Tarmoh eventually withdrew, because she felt the situation had been handled unfairly).

Finn’s meticulous walk through time shows that, as much as the tools have developed and as much as the relationship between humans and timing systems has improved our interpretation of results, computers and automation will never fully eliminate the drama of competition.

Alex Cyr is the author of Runners of the Nish: A Season in the Sun, Rain, Hail and Hell. He is trying to run faster than he did in university.