Murder on the Inside: The True Story of the Deadly Riot at Kingston Penitentiary

Charles Dickens, who knew a thing or two about the horrors of Victorian prisons, was impressed when he visited the Kingston Penitentiary in 1842, seven years after it opened on the windswept shores of Lake Ontario. “There is an admirable gaol here,” he wrote in American Notes, “well and wisely governed and excellently regulated in every respect.”

Indeed, there was reason to be optimistic about an institution that was founded with the philosophy that discipline and labour would encourage clean living and lead a penitent man to embrace rehabilitation. With its metre-thick limestone walls and elegant Doric columns, Kingston Penitentiary was meant to display the power and majesty of the law. But, very quickly, that law was shown to be almost completely arbitrary: the first warden imposed a strict regime with whippings a daily occurrence, even for women and children. Eleven-year-old Alec Lefleur, who got the lash on Christmas Eve in 1844, might have disagreed with Dickens’s charitable view of Upper Canada’s provincial penitentiary. So, too, might those who were subjected to a form of waterboarding.

The cruelty was so intense that a commission of inquiry was formed just thirteen years after the penitentiary accepted its first inmates. The resulting Brown Report — named after the commission’s secretary, the Globe ’s founding editor, George Brown — sketched a dehumanizing atmosphere in which abuse prevailed. It found 6,063 corporal punishments were meted out in 1846 alone, among 450 inmates, and concluded that such a regime “must have obliterated from the minds of the unhappy men all perception of moral guilt and thoroughly brutalized their feelings.” 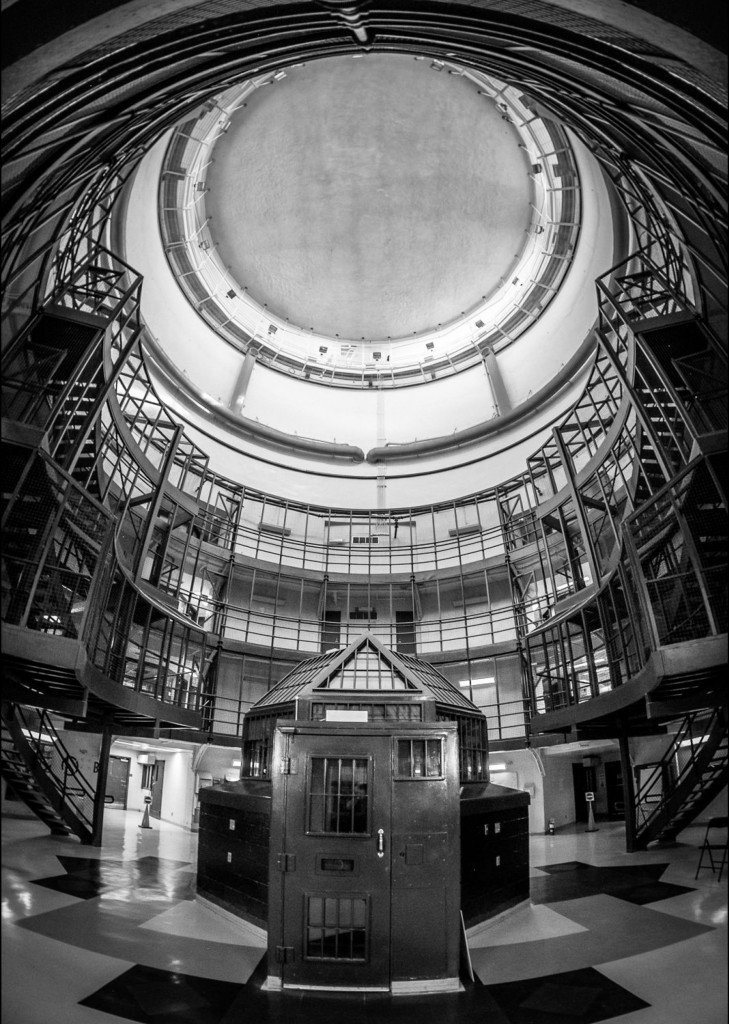 It didn’t take long for the site, just west of downtown Kingston, to earn a reputation for being “the toughest ten acres in Canada.” In 1932, following a warning that overcrowded prisons were “seething volcanoes,” military troops were called in to put down a protest. In 1954, a ten-hour riot caused $2 million in damage, as inmates shouted, “Burn the hellhole to the ground.” To those who questioned the futility of the insurrection, an ex‑con wrote, “I think prisoners riot because they can’t help it. It is natural reaction to an unnatural existence.”

Despite the intermittent turmoil, there was, for a time in the 1950s, a focus on training and educating the incarcerated, who even organized their own sporting and cultural events. By the late 1960s, however, most of this activity was curtailed as officials warned of “a new breed of inmate,” who was younger, more violent, and increasingly aware of his civil rights. In January 1971, the warden reported to his bosses a “high degree of tension,” caused by staff shortages, overcrowding, and general anxiety about transfers to a new maximum-security facility being built in nearby Millhaven. “It appears to be almost at the point of explosion.”

Billy Knight would light the match. He was twenty-eight years old, and he’d been in and out of jail since he was fourteen for a variety of offences, mostly auto theft and breaking and entering. He knew everyone in the joint because he was the prison barber, and he was considered a leader because he was a loud advocate for exposing the lousy conditions.

Late in the evening of April 14, Knight and six followers overpowered six guards. They took over the rotunda area at the centre of the four-storey ranges of 640 cells and soon had all the cell gates open. The subsequent riot, such as it was, consisted of trashing the place; it wasn’t an attempt to escape. “We’re sick of being zombies,” Knight said. “You warehouse a man and you destroy him.”

In Murder on the Inside, the writer and television producer Catherine Fogarty relates this notable chapter in Canadian history crisply and in greater detail than the various feature articles written over the years or even Roger Caron’s first-hand account of the event, Bingo!, from 1985. Remarkably, Fogarty gives distinct personalities to the inmates and puts us on the inside of the negotiations that ensued.

Prison officials had no specific plan for a riot and struggled with how to proceed. They ultimately relied on a “citizens’ committee,” selected by the prisoners themselves to resolve the drama. A key player in this ad hoc group was Ron Haggart, a Toronto Telegram columnist admired by many inmates. Together with courageous leadership by a few on the inside, this committee made the difference. It was four days before the guards being held hostage were released — unharmed — and before 206 prisoners were transferred without incident to Millhaven. The last man out was Barrie MacKenzie, who emerged an inmate hero. “Thank you, Barrie,” Haggart said when they finally met, after days of tense telephone negotiations. “You are a great man.” The newspaperman was met with an uncomprehending stare. “Fuck off,” MacKenzie replied. “I didn’t do it for you. I did it for the guys in there.”

The only loss of life was of two men who had been sequestered in the unit reserved for sex offenders and snitches — both brutally beaten by a group of inmates. (The bloody ending to the Attica Prison riot in upstate New York five months later, in which forty-three guards and prisoners died, hints at how deadly a turn things could have taken at Kingston.)

Murder on the Inside tells a story that Canadians ought to know. Fogarty’s final chapter brings that story up to date and shows that we have not fully learned the lessons of 1971. Our prison system still struggles with the use of solitary confinement, for example. At its most brutal, the practice of locking an individual in “the hole” for twenty-three hours a day, for months and years at a time, is condemned as torture. Yet a research report commissioned by the Correctional Service of Canada recently concluded that the practice remains widespread among wardens: “We think that the time has come for Canada to acknowledge that it still has solitary confinement and torture by another name.” (Ottawa is attempting to replace solitary confinement with something called “structured intervention,” which critics say is just a cosmetic rebranding of the old system.)

When Kingston Penitentiary finally shut its doors in 2013, it was one of the oldest operating prisons in the world. Murder on the Inside shows that the ghosts who haunted those cold, dank corridors are still with us.

I want to express my thanks for reviewing Murder on the Inside, the book that Catherine Fogarty wrote about Kingston Pen.

I sent a letter to the editor in Kingston shortly after Fogarty’s book was released to state that even the tour guides at KP do not tell the truth about what went on behind the walls fifty years ago, nor about how little has actually changed inside our federal pens since then.

All these years later, how transparent is our system? I’d contend it’s more of a one-way ­mirror or a one-way street. The system tells inmates and parolees, Do as I say, not as I do.

But Murder on the Inside tells nothing but the facts, as hard as they may...