Published in 2012, Thomas King’s The Inconvenient Indian spent four years on the bestseller lists and went on to win the RBC Taylor Prize. Among its many topics, the book examined the horrors of residential schools, which “became compulsory for all children from the ages of six to fifteen” in 1850. “There was no opting out,” King explained, for those who still didn’t know the story. “Non-compliance by parents was punishable by prison terms. Children were forcibly removed from their homes.” In their attempts to integrate and assimilate, the 130 or so schools that operated across the country “insisted that the children not have any extensive contact with their families or home communities. Students were forbidden to speak their languages or practise any part of their culture.” And as has been made painfully clear in recent weeks, disease, abuse, and death were rampant.

With Sufferance, King addresses the legacy of residential schools for the first time in his fiction, leavening talk of the shameful system with his trademark dark humour. “The residential school was built in 1903 and given over to the control of the Catholic Church,” he writes of an archetypal two-storey structure that stands on “fill-in-the-blank Nation’s” traditional territory. “It was in operation for sixty-two years, before it was abandoned to time and the elements, before a fire destroyed everything except the main building.”

In some ways, King’s new protagonist, Jeremiah Camp, brings to mind Eli Stands Alone of Green Grass, Running Water, who returns from his University of Toronto professorship to live in his mother’s Alberta home; or Gabriel Quinn of The Back of the Turtle, who returns to his British Columbia reserve with the intention of committing suicide — racked with guilt for having developed a fatal defoliant. But Camp is also different from King’s earlier characters: after almost thirty years, he has left his high-paying job with the Locken Group, an “international conglomerate with strong interests in biochemistry, marine biology, molecular biology, genetics, biophysics,” to live in the deserted school, which, for some reason, Locken has given him. And though this is a first-person account, Camp himself remains completely silent as the story unfolds; he quotes none of his own dialogue, because “when I left the city, I decided I would stop talking. Completely.” 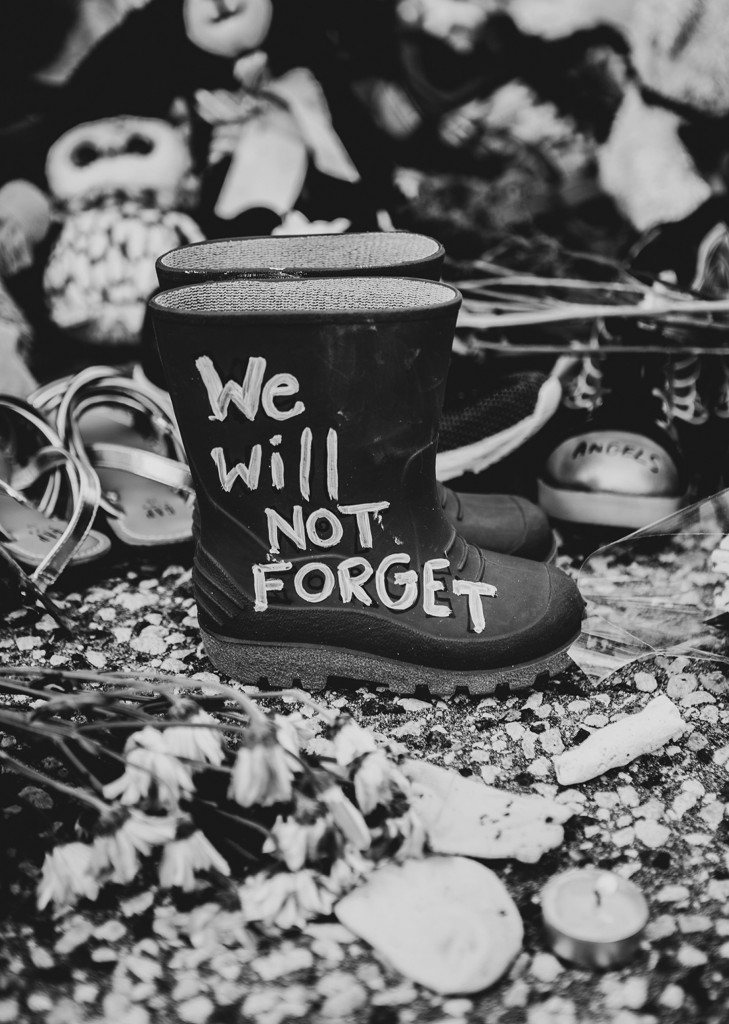 Disease, abuse, and death were rampant.
Image by Bryan Dickie

Camp heads back to Gleaming, a small Ontario town that’s beside the Cradle River reserve, which has “forty families, give or take.” Once upon a time, Gleaming and Cradle River First Nations were distinct communities, but the town has grown and the only thing that now separates it from the reserve is an old riverbed. What’s more, “the mayor and the city council want to move the band and acquire the land, so the river frontage can be ‘properly ’ developed.” By that they mean “a housing development. Cradle River Estates. Executive lots and luxury condos.”

The reserve, “a loose collection of split-plank houses, heavy tents, and half a dozen ­seasonal tipis,” has suffered bad times. After the Department of Indian Affairs decided to modernize things, shiny new trailers were assembled and the tents were bulldozed and hauled away. “Only the tipis were left standing. Part of the provincial master plan to encourage tourism in the area.”

Ottawa always promises but never delivers. When the minister is supposed to come to Gleaming, the deputy minister arrives instead. To the reserve’s complaint of having no power or water, she offers a deaf ear. “Ever since Gleaming cut off services to the reserve,” Camp explains, “Cradle River First Nations has been operating on generator power and bottled water. There has been more than one meeting between the town and the reserve on the subject, but so far, the only things to have come out of these efforts have been hard feelings and bad language.”

Just outside of town, the old school, which once “housed some 124 students, ages eight to sixteen,” has its own cemetery, with seventy-seven graves marked by “grey and weathered” crosses. Camp is determined that the dead will be remembered properly:

I put on my boots, my jacket, my oilskin hat, grab my chisels. I’ve been pulling up the wood crosses and replacing them with limestone slabs that I pry out of the dry riverbed in the belief that the children buried here deserve better than having their graves marked with the talisman of the cult that killed them.

I dig up a stone, carry it to the graveyard, bury it flush with the ground. And chisel the child’s name into the rock.

Though Camp relishes solitude, he nonetheless interacts with a rich assortment of zany yet serious locals. There is the glad-handing mayor, Bob Loomis, who owns two Tim Hortons franchises as well as Gleaming Realty; as Loomis seeks re-election, he makes his plans for Cradle River Estates the major focus of his campaign. There is wise Nutty Moosonee, who believes the government “wants to keep the reserve mobile. In case we get in the way and they have to move us somewhere else.” There is an opinionated murder of crows.

And then there are those who show up from the Locken Group, all woefully out of place. They have come from Toronto to seek Camp’s services one final time. Billionaires have been dying around the world, he is told — and they are all on a list that Camp himself drew up.

“Our most basic common link is that we all inhabit this small planet,” John F. Kennedy said in a 1963 commencement speech. “We all breathe the same air. We all cherish our children’s future. And we are all mortal.” They are powerful lines that Ash Locken, the “heir apparent to the Locken fortune,” parrots as she tries to enlist Camp’s help. It’s as if she is unaware of their full meaning — or the historic irony at play.

“Tragedy is my topic. Comedy is my strategy,” Thomas King told Newsweek long ago. Now, as he paints a picture of Gleaming with a lighthearted veneer, he speaks to the painful consequences of a system that lasted 165 years too long. No matter Camp’s efforts to honour the lost children, the cemetery will still exist, a reminder of injustices that remain vividly alive. Tragically, Sufferance is as timely as the news of unmarked graves being discovered across Canada.