Mona Awad has a thing for concretizing metaphors. Her second novel, Bunny, featured a cohort of MFA students who conjured lifelike automatons based on their male literary heroes. But the students took the cliché “Kill your darlings” a little too seriously and dispatched their defective drafts with an axe. In Awad’s latest title, All’s Well, that common wish of theatrical good luck is realized through the character of Miranda, whose dramatic career comes to a screeching halt when she falls off a stage and breaks her leg — as well as her hip, her confidence, her relationships, and, eventually, her entire sense of self.

Miranda had been acting Lady Macbeth’s final scene, the point when that character’s guilt bubbles to the surface and appears as blood on her hands — spots that only she can see. It is a startling fall from glory and anticipates that of her husband: the Macbeths begin the play as respected members of the Scottish gentry, and over five acts, each is debased by pride and greed.

So, too, Awad’s heroine is brought low in this moment. Wrapped up in her performance, oblivious to the boundaries of the world around her, she fails to notice the edge of the stage and experiences the force of gravity with a crunch.

The novel begins several years later, with Miranda now plagued by chronic pain from her accident and the subsequent surgeries. Given the Scottish play’s antagonistic role in her personal history, one can understand her resistance when the students at the New England college where she teaches want to put it on for the school’s annual Shakespeare production. She refuses to direct the tragedy and insists instead on All’s Well That Ends Well — known as one of the Bard’s “problem plays,” though it holds happier associations for her. 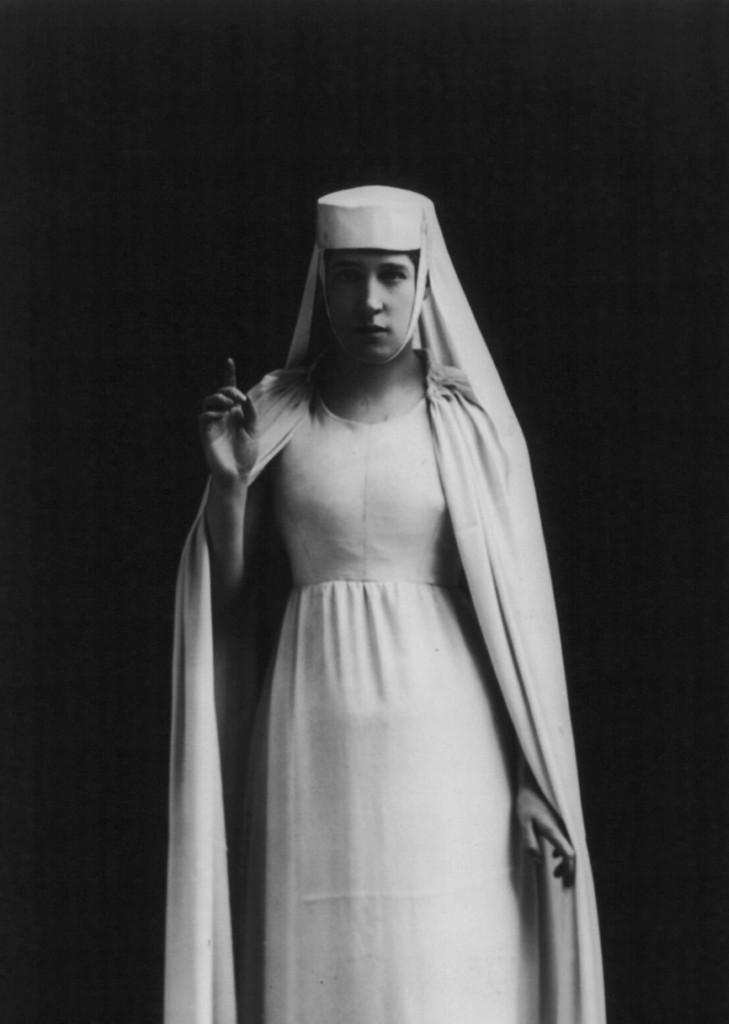 Re-enter the world of Lady Macbeth.
Image by Lillie Langtry as Lady Macbeth; Library of Congress

Years before, Miranda performed the lead role of Helen at the Edinburgh Fringe, a show that launched her stage career and introduced her to her husband. As she looks back, it’s a role she equates with confidence and power — two things she currently lacks. Miranda identifies deeply with Shakespeare’s character, who plots and schemes her way into a happy marriage with a pompous nobleman who initially rejected her. Helen starts out in a state of social and financial poverty and, through her own ingenuity, ends up receiving the recognition she has long been denied. This is what Miranda wants too. Her students find her strange, her friend Grace thinks her pain is all in her head, her physiotherapists hurt rather than heal her, and her now ex-husband is tiring of her nightly phone calls.

Awad’s protagonist lives in a world controlled by men, from her physiotherapists (named for the four Evangelists, a nod to the unerring faith that care providers often demand of their patients) to her school’s dean and her former spouse, who, she imagines, has moved on to a younger, healthier model. Her status as a woman in the academy intersects with her medical condition to make her doubly invisible. Yet hierarchies are reversed in All’s Well That Ends Well: a count is forced to marry against his will; Helen uses her sexuality to trick her husband into sex and is rewarded with his love. As Miranda says, Helen learns to “navigate the cruel world in which she finds herself heartlessly thrown.”

Then one day Miranda’s pain magically disappears. Suddenly, she can do basic activities, like picking a script up off the floor or sitting on her couch. Her mutinous students now find her intimidating and follow her directions. Her new-found confidence also attracts the attention of the college’s handsome set designer, a man who had barely noticed her before. She is filled, as she frequently notes, with a feeling of “impossible lightness,” to the point where she literally floats in the air. She convinces herself that she is finally getting what she deserves: “Blood happy, bones happy, cells always singing.”

Awad, who has experienced chronic pain herself, paints a convincing portrait, and a reader can’t help but be thrilled at Miranda’s recovery. But all is not as well as it seems. Our heroine has been cast in the wrong role. Indeed, she appears to have re-entered the world of Macbeth — the surest sign of which comes in the form of three strange men she meets at a bar, who promise to show her a “trick.” As the novel progresses, it becomes clear that Miranda’s pain has vanished not through her own virtue or smarts but because of the strange power conferred by these “Weird Brethren.” (In the gender reversal of Macbeth ’s witches, Awad also shows that her narrator is still lorded over by men.)

In the world Awad has constructed, pain has to go somewhere, so it migrates into the bodies of those who had previously doubted its existence in Miranda. At first, this switch feels like poetic justice, as the naysayers are forced to see exactly how pain feels. But it also brings the realization that the central character is more Macbeth than Helen. The latter dispatches her hardships by mitigating harm: she heals the king of France of a fistula that no doctor could cure and saves the honour of a Florentine virgin, who had caught the eye of Helen’s callous husband. By contrast, Miranda’s wellness is a zero-sum game that grows in lockstep with the agony of others. What’s worse, she does unto them exactly as was done unto her when she refuses to recognize their misfortunes. This measure-for-measure approach makes for an uneasy resolution.

A Shakespearean conclusion usually casts judgment, as tragic characters get their just deserts and comic ones get their just rewards. Awad’s use of two such plays to tell a story about debilitating pain walks a tricky line. Miranda’s doubters hurt because they dismiss her, so does this render all suffering a form of punishment? Similarly, the protagonist’s illness does not make her a more understanding person — but must affliction teach us something? Society often tries to explain pain to make it seem less like a random product of a chaotic and ethically vacuous universe, but it can also have no purpose at all.

Ultimately, All’s Well is rescued from problematic moralizing through its characters’ utter believability. They are not facsimiles of famous parts but flawed and puzzling individuals. At the end of the novel, which is neither comic nor tragic but somewhere in between, Miranda gazes at a flower floating in a cocktail glass, uncertain whether it’s dead or in bloom but, seemingly, at peace with either possibility.

Christina Turner recently completed her doctorate at the University of Toronto.