Around my neighbourhood in Vancouver, it’s not uncommon to hear over the din of traffic a lone voice belting out arias. For decades, Opera Man, as he’s called by locals, has strolled the streets singing in Italian, and recently I heard an impassioned rendition of Aznavour’s “La Bohème.” Is this guy a delightful eccentric, dealing in whimsy and charm? Or is he a nuisance who interrupts, like clockwork, the area’s tranquility? It depends, of course. I’ve observed people shyly smile in enjoyment, ignore the spectacle altogether, or freeze mid-sentence, all senses alert to the possibility of danger — an emergency? a terrorist attack? — before the more benign reality makes itself clear.

Everyone has idiosyncrasies, of course, but it takes real commitment, perhaps even a costume, to become a full-fledged character or, better yet, a local legend. In the late 1960s, such an individual emerged, dressed in a motley of blue and red.

Joachim Foikis is the subject of Fool’s Gold, Jesse Donaldson’s spirited new book and the second title in the Anvil Press series 49.2: Tales from the Off‑Beat. A bookish introvert with a wife and young family, Foikis, who also went by Kim, was pursuing the last of several degrees at UBC when he decided to quit. What was the catalyst for such an unlikely move? Donaldson quotes a classmate who points to a particularly intense acid trip at a professor’s house, which served as the final “exam” of their 400-level Buddhism course. The loss of Foikis’s infant daughter to leukemia may also have been responsible: “Was his descent into folly a way of reverting to childhood, to avoid the guilt of such a crushing parental failure? Or had it triggered an existential crisis that made him re-examine his priorities?” Foikis himself credited a vision, during which an angel (or, according to later accounts, a fool) convinced him to “invert the existing social order and reverse its values.” 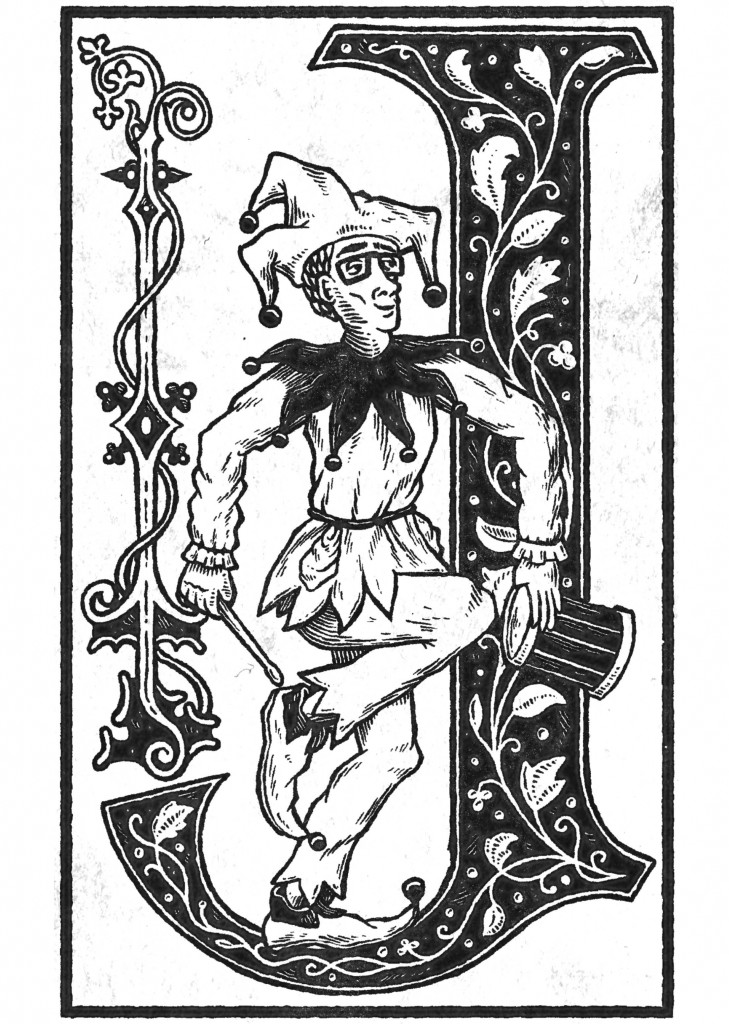 A lineage that stretches back centuries.
Image by ALEX MACASKILL

Whatever his reasons, in spring 1967, the tall thirty-six-year-old with a German accent donned a fool’s costume and took to the streets to question the status quo, to quote Shakespeare and Mother Goose to the straitlaced businessmen hurrying past, and to generally “spread joy and confusion.”

Foikis was largely successful in these aims, and over the next several years, his life changed dramatically. He angered the pro-development mayor Tom Campbell, who described the city’s hippies as a “cancerous growth that is invading society.” Foikis won a grant of $3,500 from the Canada Council for the Arts and appointed himself the city’s official town fool, which only further angered the mayor. He initiated dance parties in the street, drove a donkey-led cart, delivered lectures across the country, and received attention from the national and international press. Yet pursuing this unconventional path wasn’t pure merriment. As Donaldson writes, “It would also cost him his marriage, his children, his public profile — and in the eyes of some — his sanity.”

Within a few years, Foikis had burned through his savings and seen his donkeys impounded and auctioned off. After that, he disappeared from the public eye, living off the grid on Lasqueti Island and then in Esquimalt, near Victoria’s Inner Harbour, where he tragically, but perhaps fittingly, fell to his death at the age of seventy-two while spontaneously dancing to a band’s music.

Foikis’s turn as the fool was compelling, but it was also brief. The rest of his life is sketchy at best, and Donaldson readily acknowledges a dearth of research material: “Transforming a small collection of magazine features, newspaper interviews, and personal anecdotes into anything approaching a book proved to be something of a fool’s errand.” However, the author gamely rises to the challenge.

One of Donaldson’s strategies is to stud the book with epigraphs (I counted seventeen), which perform the usual functions — introducing, contextualizing, illuminating, and raising questions about the work — while also adding some much-needed literary padding. Another strategy is to take these pages of local history and shuffle them like a deck of cards. Rather than follow numerical order, Fool’s Gold weaves back and forth through Foikis’s life, going from chapter 1 to chapter 6, then on to chapter 3 and so on. This approach is certainly playful, “a voyage of whimsy” that brings to mind Julio Cortázar’s novel Hopscotch, but it also means that Donaldson has to repeatedly set the scene. As a result, many chapters begin in a similar way: “It was April Fool’s Day”; “It was the middle of 1968”; “It was mid-April 1969”; “It was 11:00 p.m. on a Saturday, in the spring of 1969.” Read one way, the book is slightly disorienting; read the other way, it’s slightly repetitive.

Donaldson’s strongest book-making strategy, however, is to venture beyond Foikis’s life altogether. For example, he explains the lineage of the fool tradition, which reaches back to Diogenes of Sinope, to Mulla Nasrudin, to Henry VIII’s fool, Will Sommers. “Folly wasn’t always the safest occupation,” he observes. Along the way, he explores folkloric counterparts like Till Eulenspiegel, who showed up “well after the rest of Europe’s fools had disappeared.”

Most significantly, Donaldson locates Foikis within ’60s counterculture, even if he didn’t wholly identify with the hippies. Characterized by “a disdain for money and private property, an appetite for protest, a predilection for psychedelic drugs, and the use of their own bodies as a social and political statement,” Vancouver’s hippies were grappling with state violence, capitalism, rigid middle-class values, and environmental destruction. Add an increased focus on racism, sexism, and ableism, toss in soaring wealth inequality, and dial up the heat on climate catastrophe, and you also have the issues today’s youth are facing. (So, in some respects, not much has changed since Foikis was fooling around.)

In the end, Kim Foikis didn’t fundamentally alter society; lone individuals rarely do. Still, he championed fun, whimsy, and nonconformity when they were needed; he lived according to his principles and spoke truth to power. The story Fool’s Gold tells may be minor, but it’s worth telling. Like the man who serenades my neighbourhood, artists, oddballs, and iconoclasts add incalculable texture and tension to our time. In chronicling Foikis’s exploits, Donaldson has made permanent what might otherwise have been forgotten.