Finding the Mother Tree: Discovering the Wisdom of the Forest

Environmentalists have long paid attention to eye-catching creatures that people can easily care about, because championing such animals can help to protect entire ecosystems. Sparing bald eagles from the pesticide DDT — a cause adopted by many readers of Rachel Carson’s 1962 book, Silent Spring — benefited countless other organisms, for example. More recently, starving polar bears unable to pack on the pounds during shortened winter hunting seasons have served as one of the most prominent symbols of climate change. There’s even a name for these poster children of the environmental movement: charismatic megafauna.

Those who advocate for the protection of forests have often taken a similar approach, spotlighting what we might call charismatic megaflora. Even in the nineteenth century, as the race to cut down the sprawling forests of North America was accelerating, people could still be solicitous of astoundingly tall trees. When the United States government established Sequoia National Park along the flanks of the Sierra Nevada mountains in 1890, park rangers bestowed names on many of its mighty redwoods: General Sherman, General Grant, Lincoln, King Arthur. We do the same today, though we tend to honour a different set of heroes; a lover of big trees can hike through Avatar Grove, on Vancouver Island, or visit Treebeard, named for J. R. R. Tolkien’s talking creature, on the Ancient Forest Trail, near Prince George, British Columbia.

Authors like John Vaillant and Harley Rustad have capitalized on charismatic megaflora by using big trees to draw readers into stories about forests and our relationships with them. In Vaillant’s The Golden Spruce, from 2005, the poster child is a mutated golden-needled Sitka spruce on the north island of Haida Gwaii. In Rustad’s Big Lonely Doug, from 2018, it’s a twenty-storey Douglas fir, the sole survivor of a clear-cut near Port Renfrew, on Vancouver Island. With Finding the Mother Tree, the University of British Columbia forest ecologist Suzanne Simard flips the script somewhat: she’s looking down instead of up. 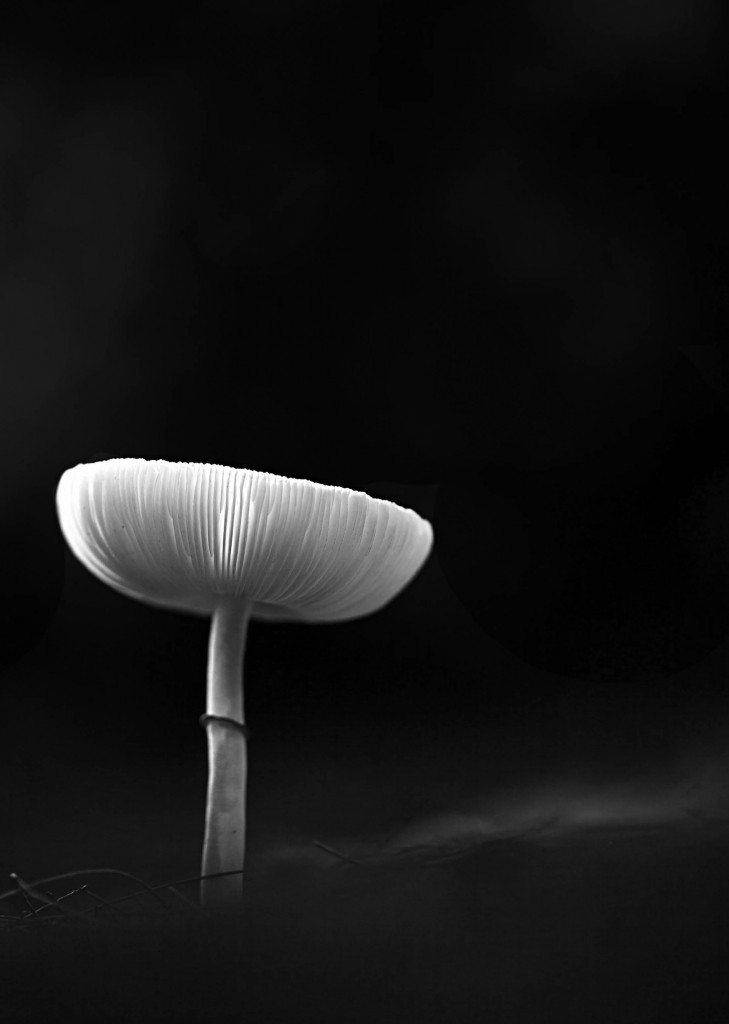 The secret connections of the forest.
Image by Atik sulianami; Unsplash

Though the “mother tree” of Simard’s title might stimulate the reader’s awe and protective instincts, it makes an appearance only near the end of this fascinating book. Simard’s true stars are not exactly charismatic — they aren’t even flora. Even though trees are Simard’s business, her focus here is on underground fungi. Specifically, she writes about the complex web of connections that fungi make between the trees and other plants in a healthy forest. By citing her own research and that of peers, Simard shows how policies and management practices that fail to consider these tiny links result in unhealthy and unsustainable forests, which are more prone to disease and fire and less effective at helping stave off climate change.

Structured as a memoir, Finding the Mother Tree tells the story of the forest as Simard learns it through her university studies, her practical work in industry, and her academic research. Fungi make their appearance in the first chapter, when Simard, as a twenty-year-old summer student working for a forestry company, walked through an area of old-growth forest, slipped, and instinctively grabbed a sapling, which she accidentally uprooted. “These root tips were glowing yellow,” she recalls, “like lights on a Christmas tree, and they ended in a gossamer of mycelium”— the fine filaments that are the vegetative part of a fungus —“of the same color.” She noticed that the “threads of this streaming mycelium looked close to the same color as those radiating into the soil from the stems of the Suillus mushrooms.”

When Simard reached a newly reforested patch, she found sickly, discoloured spruce seedlings whose roots, when she pulled them up, showed no such signs of fungal life. So she searched for a fir seedling that had regenerated naturally: “I was amazed to see the same bright yellow fungal threads wrapped around the root tips as I’d seen in the old-growth forest, once again exactly the same color as the mycelium, the network of fungal hyphae growing out of the stems of the Suillus pancake mushrooms.”

Simard later learned that the mushrooms she had unearthed were mycorrhizal fungi, a kind that develop symbiotic relationships with plants. In exchange for the sugars that their hosts form through photosynthesis, the fungi, whose filaments aren’t just wrapped around roots but enter right into them, pass along nutrients and water. “Without entering into this partnership,” Simard writes, “neither the fungus nor the plant could survive.” This knowledge set Simard on a lifelong quest to uncover the secret connections of the forest.

“When a windstorm someday topples the old giant, it will leave behind heirs ready to spring up.”

As Simard came to better appreciate the cooperative nature of the forest, she found herself increasingly at odds with the policy makers who oversee British Columbia’s forestland. (There’s sufficient human conflict here that Amy Adams and Jake Gyllenhaal are planning a movie adaptation, with Adams starring as Simard.) By and large, provincial forest management was guided by a “free to grow” approach, which posited that seedlings should not have to compete with other trees, especially fast-growing birch. But after she graduated from university, Simard tried to show her new colleagues at the British Columbia Forest Service how fungal networks connect trees that we often think of as competitors. While birch trees might slow their more economically valuable neighbours’ growth at first, they don’t outcompete spruce, fir, and pine seedlings in the long run. In fact, the species all share resources. In the summer, when the birch can photosynthesize more sugars than it needs, it will share through fungal networks some of the excess with nearby fir, spruce, or pine trees. And later, when the birch loses its leaves and needs some help, the evergreens return the favour. The practice of clear-cutting, reforesting with a single species, and removing any of the naturally regenerating competition strips the soil of its diverse fungal web, which Simard came to see as essential to a healthy ecosystem.

Despite her evidence, Simard’s research was heresy to the forest service’s “free to grow” guru, a senior policy maker known as the Reverend. (Simard also had a nickname in the service, Miss Birch, which her foes called her behind her back as a substitute for Miss Bitch.) While the Reverend and his acolytes may have had a sexist motivation to resist a younger woman’s idea, others seemed to oppose her because of simple careerism. An early supporter of her work “changed his mind as the results started taking shape. He was out to make a name for himself, and disagreeing with the policies of the higher‑ups wouldn’t get him far.” Then Simard made an offhand remark to a reporter — that many reforestation efforts are as effective as painting rocks — and effectively sealed her own fate in the forest service.

The idea of mother trees came later in Simard’s career, after she became an established faculty member at the University of British Columbia and herself a parent. As it turned out, those same fungal connections that allow different species of trees to cooperate also allow established ones to support youngsters of their own kind. Since most of a tree’s offspring will be located near its trunk, close to where its seeds have fallen, sharing resources helps perpetuate its genes. The smaller plants get little direct light themselves, but they receive the benefits of the mother tree’s photosynthesis through fungal pathways. And when a windstorm someday topples the old giant, it will leave behind heirs ready to spring up through the space that has been cleared in the forest canopy.

Finding the Mother Tree presents a nuanced view of cooperation’s role in a natural world, whereas more simplistic understandings of evolution have long encouraged traditional management practices that see only competition. Simard suggests that the entire forest should be thought of as a “neural network,” with fungi acting as neurons that pass information about who needs more water, nitrogen, or sugar back and forth. Perhaps, even, “mycorrhizal networks could have the signature of intelligence.”

Beyond the woodlands, this is also a story about cooperation and competition within ­science itself. Simard describes how she worked with Yuan Yuan Song, a post‑doc from China with expertise using radioactive isotopes, to track how birches or firs might communicate threats — such as drought, disease, or insect infestation — to one another. “Yuan Yuan had already found that tomato plants communicated their stresses to other nearby tomatoes,” she writes, “and we were both curious if similar signals might occur between trees.” Simard shows how countless small discoveries, whether her own or someone else’s, create a network of knowledge that’s much greater than the sum of its parts, just like a fungal web. (Of course, where there’s scholarly collaboration, there’s also competition, as other scientists try to defend their turf against Simard’s incursions.)

Simard writes that British Columbia’s “free to grow” policy was modified in 2000 to allow some birches and aspens in parts of the province — a qualified victory in what she calls “the thirty-year battle over the entrenched dogma that competition was the only interplant interaction that mattered in forests.” By the end of her book, we see her ideas spreading beyond forestry and academic circles, thanks to a cover story in Nature, a short documentary film and TED Talk, and the Mother Tree Project, which spans nine experimental forests across British Columbia. Simard, now in her early sixties, has also been highlighted in such publications as The New Yorker and The New York Times Magazine.

“Now and then,” the latter periodical wrote in its December 2020 profile of Simard, “some scientists have advocated, sometimes controversially, for a greater focus on cooperation over self-interest and on the emergent properties of living systems rather than their units.” By all accounts, Simard’s ideas are less controversial than they once were, though old-growth logging continues, as the recent dispute in the Fairy Creek watershed of Vancouver Island shows.

“Scientists now are more willing to say that forests are complex adaptive systems, comprised of many species that adjust and learn,” Simard writes near the end of her book. They’re more willing to acknowledge “legacies such as old trees and seed banks and logs, and that these parts interact in intricate dynamic networks, with informal feedbacks and self-organization.” And through these networks, “the forest is wired for healing, and we can help if we follow her lead.”

In his influential 1962 work, The Structure of Scientific Revolutions, Thomas Kuhn argued that scientists have social, economic, and personal stakes in the paradigms upon which they base their research. In Simard’s timely account of her own life — her family connections to the forests of central British Columbia and her relatively late motherhood — she reveals the personal stakes that have opened her up to the revolutionary paradigm she’s now popularizing. Perhaps someday, after mother trees have ruled forest science for a good long time, some new model will come along and soak up the sunlight currently shining on Simard and her work.

Bob Armstrong is the author of Prodigies, a Western that came out this past summer.