As Woodrow Wilson once put it, “Changing a university curriculum is like moving a graveyard. You don’t know how many friends the dead have until you try to move them.” Quoting the former president, of the United States as well as of Princeton University, is a chancy way to open a book on how to change Canadian universities, especially when the author goes on to claim that “this book examines the current state of the graveyard and how it might be moved.”

The author is Harvey Weingarten, himself no slouch in the university game, having served as a provost (i.e., chief hatchetman) at McMaster University, in Hamilton, before moving on to the University of Calgary as president and vice-chancellor (i.e., vacillator and compromiser-in-chief). After that, he took on a lower-profile but probably more demanding and frustrating position as president and CEO of the Higher Education Quality Council of Ontario.

Weingarten is as straight-shooting, sensible, and intelligent an assessor of the current state of university education as this country has, and this straight-shooting, sensible, and intelligent book skimps on neither criticism nor useful advice. It presents possible solutions to the general malaise and vast challenges many academic institutions face today — all of it compounded by the wretched pandemic. The only question Weingarten doesn’t seem to pose is who on earth would be sufficiently brave — or possibly foolish enough — to want to lead such a place during these woke-filled days of student intolerance, professorial anxiety and petulance, administrative cowardice, and funding drought. Yet the fact that someone with such a tough hide and the laser-like analytical skills of Harvey Weingarten is still a keen supporter of Canada’s undergraduate public university education system may be the single most hopeful sign that there is a future beyond stagnation, mediocrity, and some incredibly vacuous senior administrators. 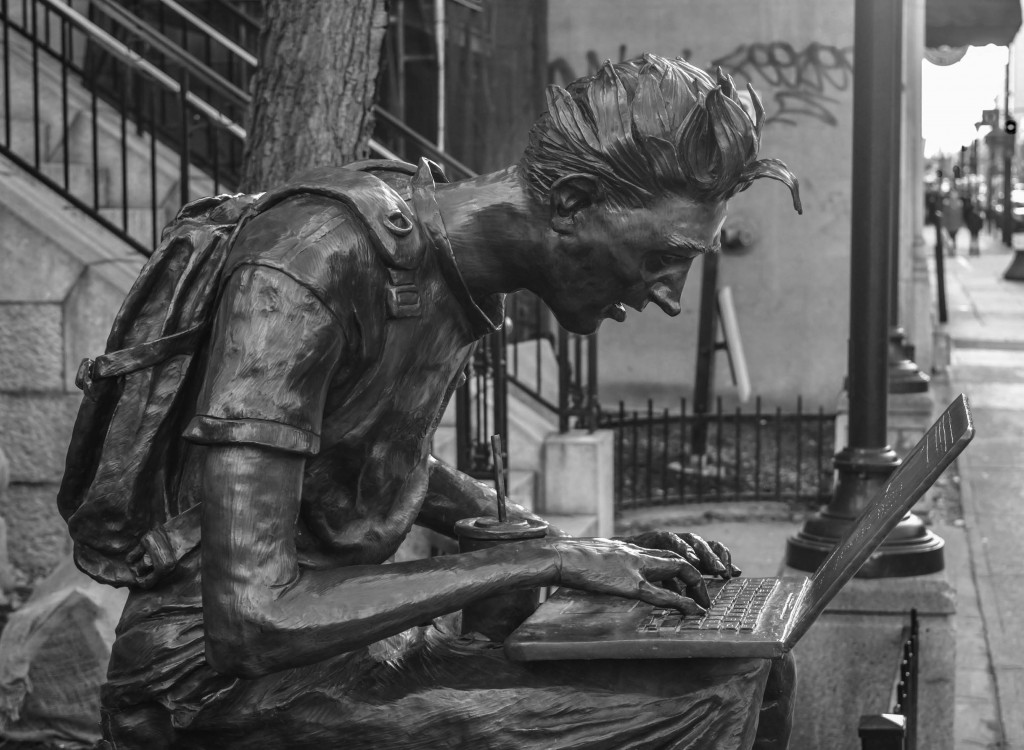 A few words on Canadian universities.
Image by bakerjarvis; alamy

Of course, no one should underestimate the damage that weak leadership can cause any school, and there are examples large and small of once shining or at least worthy institutional exemplars being brought very low. The recent bankruptcy of Laurentian University, in Sudbury, Ontario, is a kind of tabloid tale of high hopes dashed and administrative short-sightedness and ineptness triumphant. And in Toronto, the soon to be erstwhile Ryerson University amply exemplifies what happens to a campus intent on carrying on like a driverless vehicle heading straight for no man’s land. Still, most of Canada’s institutions of higher learning try to put a good face on things and turn out usefully educated and trained citizens. The trouble is that the embrace of a “good enough” approach generally trumps all efforts at change.

As Weingarten makes painfully clear, good enough simply isn’t good enough for a country like ours, and a big part of the problem is that our universities generally lack the courage to innovate. They also don’t really know how to evaluate what they are turning out. The lack of reliable indicators of what students have learned leads to confused graduates and even more confused employers, who must somehow make use of the emerging intellectual talent. According to Weingarten, these are serious problems mostly missed by the myriad annual evaluators of what makes a good university.

“Good enough simply isn’t good enough for a country like ours.”

The Maclean’s annual review of universities is probably the most perused by both potential students and hopelessly competitive academic administrators, but, like the schools themselves, the evaluation game doesn’t really tell prospective matriculants or potential employers about the real worth of a graduate. Generally speaking, assessments measure what students have completed, not what they are capable of doing. The straight-A pupil could still be useless in an inappropriate occupation, while the one who just got by in the classroom might well be able to turn around a company or an institution. No consideration seems to be given to finding ways to evaluate an individual’s own innovative potential, and Weingarten sees that as a major failing.

The evaluation gap is at the heart of the most fascinating argument of Nothing Less Than Great. Canadian universities are increasingly unable to meet the demands of a fast-paced society, which requires broad cognitive and behavioural skills such as problem solving. In noting the enrolment slump in the liberal arts and the humanities, for example, Weingarten is contemptuous of the shallow thinking — both inside the academy and among students and their parents — that disregards these crucial fields because they do not, so the story goes, equip someone for the real world. Nor does the academy seem able to invest in any measures that could show how, in fact, the exact opposite is the case:

Enrolment in these programs, particularly the humanities, has declined precipitously, presumably because students have internalized the message that these fields of study do not lead to jobs, or at least good ones. There are few data to ­support this conclusion. Furthermore, it is precisely the liberal arts and the humanities that should do an admirable, if not the best, job of preparing students for the volatile and unpredictable world of work they are entering.

As Weingarten makes clear and supports with exhaustive studies from the labour market, thinking critically, inquiring and appraising, and communicating effectively are exactly the qualities employers are looking for, and it is a tragedy for universities, students, and employers alike that the humanities and liberal arts have been so sidelined when they have never been so necessary. At the same time, Weingarten is fairly scathing about a general reluctance to innovate. In the course of fine-tuning this book, he checked whether a program he had taken at his alma mater of McGill still existed forty years on. It did, and although there had been some finagling with course titles and content, the overall structure of the program remained the same, right down to the undergraduate calendar description.

Innovation is always challenging, and looking at two famous examples of profound, successful, and internationally influential innovation — the engineering courses at Waterloo and the medical program at McMaster — Weingarten notes how many proposed changes were ferociously resisted at first. But these poster children of radical institutional change happened in the 1950s and 1960s, practically the pre-Jurassic era in contemporary university history and evolution. Weingarten finds no equivalent innovation since those far-off days.

To his credit, Weingarten never leaves a criticism unattended without possible solutions. Part of the fun of his book is in how clearly he addresses the challenges of innovation — “­challenges” being the gobbledygook word to cover absences of innovation and mediocre compromises — with straightforward recommendations that seem sensible and even practical. He also points a finger at inhibitive government funding regulations that discourage non-traditional initiatives and stifle whatever innovative impulse does exist.

Nothing Less Than Great sometimes acts like a Patton tank, forging through the deadwood of past and present complacency and ineptitude and pushing all peripheral damage aside. Yet Weingarten is essentially positive about the academy’s role in Canada, and this mindset is tied movingly to his own gratitude, as the grandson of Romanian peasant immigrants, for the public education he received here. It is also this background that gives the book its sharp edge of insistence that we can do better, at all levels.

In his closing chapter, Weingarten harks back to Woodrow Wilson’s admonition about the difficulty of creating change in universities, especially of reforming and amending the undergraduate curriculum. And though the problem is hardly new, he is intolerant of today’s compromise and compromisers.

In a strange way, the pandemic that unfolded as Weingarten was writing allowed him to show how dealing with an unexpected calamity — sorry, “challenge”— may have provided if not an impetus for reform, at least an understanding of how important and feasible it can be when demanded by necessity. Nothing Less Than Great is an honest and insightful attempt to stress the current and urgent necessity of putting the word “great” into our academic institutions. It’s an urgent plea to not be frightened of innovation, even if it sometimes fails. And that’s a good message to hear from a profoundly intelligent and incisive mind at such a critical juncture on so many fronts.

An engaging review of Harvey P. Weingarten’s Nothing Less Than Great, and I am looking forward to buying the book and diving in tonight. (And gee, I ­wonder what Fraser really thinks about the current state of Canadian higher ed.)

I think we do a heck of a lot more good than bad in this sector, but we do sometimes really struggle to innovate. Disciplinary pressures and small-c conservatism are real issues. (Even saying that prompts eye rolls, I know, which makes it hard to even talk about issues.)