The sociologist Joseph Yvon Thériault is a remarkable figure in Canada’s French-language intellectual life. Extraordinarily prolific, he has written on community identity, cosmopolitanism, international perceptions of Quebec, modernity, small societies and large. Or, as the Pierre Elliott Trudeau Foundation puts it, on “citizenship, democracy, the ­welfare state, memory, the French-speaking world and collective identity.” He has led research groups and headed university departments. And, above all, he has reflected on what it means to be Acadian.

Thériault recently retired, after a career spent first at the University of Ottawa and then at the Université du Québec à Montréal. (A Festschrift, Sur les traces de la démocratie: Autour de l’œuvre de Joseph Yvon Thériault, to which I have contributed, is due out next year.) Nevertheless, he continues to publish at a remarkable rate, including L’autre moitié de la modernité, a collection of conversations with two former students, François-Olivier Dorais and Jean-François Laniel, and Le Québec et ses autrui significatifs, a book of essays drawn from a 2018 conference, edited with Laniel.

Thériault earned his doctorate in Paris in 1981, but, as he tells Dorais and Laniel, he has always felt “un ‘p’tit gars’ de Caraquet.” That village in New Brunswick’s Acadian Peninsula, “which is full of meaning,” is a hometown that’s always remained a part of him. “I never felt that Acadia smothered me. On the contrary, Acadia gave me a personality, a training, a view of the world.” And while the distinctive region has shaped him in distinctive ways, it has not limited his scope as a sociologist. His view has been broad and often remarkably abstract.

One of the intriguing things about English-speaking Canada is how few public intellectuals are sociologists. In many respects, sociologists have chosen the microscope; they have avoided the macro issues of identity and left such topics to philosophers like Charles Taylor and Will Kymlicka; to political scientists like Peter H. Russell, Philip Resnick, and Alan Cairns; and to free-ranging independent intellectuals like John Ralston Saul. 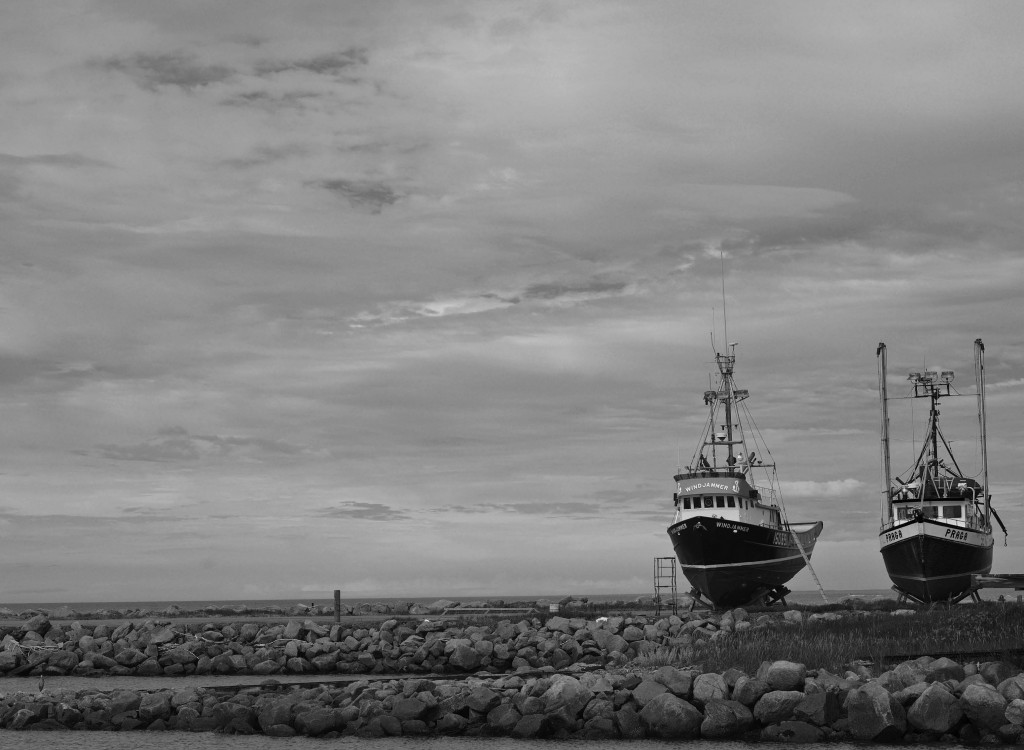 It was Caraquet that shaped a mind.
Image by Canadabrian; Alamy

Things are different in French-speaking Canada, where sociologists have long been at the ­centre of public debates. Jean-Charles Falardeau, Marcel Rioux, Fernand Dumont, Yves Martin, Raymond Breton, and Maurice Pinard were early pioneers in the field. Guy Rocher, Gilles Bourque, Denys Delâge, and Jean-Philippe Warren have inherited their rich tradition.

Why this difference between scholars trained in the same discipline? It is due, in part, to the origins of sociology in this country. In French Canada, the field developed before the Second World War. Léon Gérin studied the village of St‑Irénée, in Charlevoix, Quebec, in 1920 and 1929, for example. The following decade, Horace Miner focused on a rural parish, and a little later Everett C. Hughes studied Drummondville, east of Montreal (both Miner and Hughes were Americans, though they did their research in French). Such work stimulated debates around the social evolution of French Canada, all of which culminated in French-Canadian Society, a collection of translated essays published in 1964.

At that time, sociology was a novel discipline in English Canada; the University of Toronto’s Department of Sociology, for instance, was founded only in 1963. And those who took up the new field had little interest in their French-Canadian predecessors. “I can say quite frankly that those of my colleagues at McGill University who had any slight interest in contemporary French Canada unconsciously considered it as a phenomenon on the road to assimilation,” Hughes once recalled. “The basis of their reflections was that French Canadians would be absorbed sooner or later as an ethnic group in the mass of English-speaking Canada.” Even today, the University of Toronto considers its first department head, S. D. Clark, one of the subject’s key founders — as if three decades of activity in a different language never existed.

While Clark and John Porter, who wrote the iconic 1965 book The Vertical Mosaic, were heavily influenced by Harold Innis and C. Wright Mills, they were less interested in issues of identity. But French-speaking sociologists were following Gérin, Miner, and Hughes, and they were fascinated by the nature of Quebec society and other peripheral francophone communities. “There definitely exists a distinct Quebec and Canadian sociology, a double reality which confirms the existence of two societies at the heart of the Canadian entity,” Thériault explained in a 1995 work. “Quebec sociology has based its ­originality on linking itself narrowly to the Quebec national movement.” The field, as he sees it, should go beyond global theoretical evaluations and descriptions of social reality and should instead emphasize a dialectical tension between the two. He says in L’autre moitié, “All thought is developed in a situation,” by which he means one’s specific environment.

“He displays a democratic imagination that can identify the universal in a grain of sand.”

Thériault is remarkably wide-ranging in his thinking, which has made him a go‑to resource for journalists on subjects as varied as a member of the National Assembly being expelled for wearing a sweatshirt and photos of Justin Trudeau in blackface. Taken together, his is a dazzling body of work that moves from micro to macro, from political anecdote to profound contemplation. It displays both a cosmopolitanism and a democratic imagination that can identify the universal in a grain of sand.

So when, in the pages of Le Devoir, Thériault considered Catherine Dorion, the hoodie-wearing MNA from the working-class constituency of Taschereau, in Quebec City, he evoked Edmund Burke and a letter the Irish statesman once sent to the electors of Bristol. Politicians, he noted, both reflect and represent those who elect them. “Moreover, social movements have become more about identity, calling for a ‘­representative’ democracy that is a better reflection of diversity,” he continued. “The populism of the left, like that of the right, has become authenticity transformed into policy.”

As with Michel Bastarache, Donald Savoie, and Antonine Maillet, Thériault’s Acadian background shapes his work in fundamental ways. For one thing, he rejects a binary conflict between federalism and sovereignty. Rather, he sees Quebec as the fortress of the French Canadian nation, which requires the reintegration of the province’s identity with that of French Canada more broadly speaking.

“The experience of Acadia, my identification with Acadia, and my reflection about it certainly made me sensitive to the idea that there are many ways of making history and existing, that there is no linear history with a road laid out in advance,” Thériault explains to his former students. A deeply rooted memory of deportation and the fear of provoking the English bear, he speculates, has led to a collective tendency toward moderation and compromise. But unlike many members of francophone minority groups, he does not resent or reject Quebec: “We have to accept, somehow, to be a bit Québécois.”

Even as he has wrestled with what it means to be from a smaller community, Thériault’s strong sense of Acadia seems to have protected him on occasion, including when he was young. He didn’t experience the feelings of inferiority that many Quebec students feel when they arrive in Paris, for instance. “I came to the conclusion that this was explained by our little ‘minoritarian’ side,” he tells Dorais and Laniel. “That is to say that the moment we left Caraquet for Bathurst or Moncton, we had an accent. I have an accent in Montreal as I do in Ottawa! That is to say that I am never surprised that they notice my accent in Paris.”

Over fifty years ago, when it pointed out that a university is not built for a few families, the Royal Commission on Bilingualism and Biculturalism explained the importance of raw numbers for a minority community. In a July 2020 interview with the Toronto French-language publication L’Express, Thériault made a similar observation: “If one is a nation, if one wants to become a society, one can’t do it in one’s village. You can live your ethnicity in a village, but you can’t live a societal culture. A societal culture requires a larger space, a ­certain detachment. It requires large institutions. Only a demographic density can survive. There is a level at which one is not numerous enough to constitute a society.”

That tension, between the village and the nation, between the “p’tit gars de Caraquet” and the cosmopolitan intellectual, has certainly marked and shaped Thériault and his remarkable career.