Trauma, Primitivism and the First World War: The Making of Frank Prewett

In a recent essay in the online magazine Hyperallergic, the Canadian art critic Amy Fung questioned the high costs of ethnic fraud. Specifically, she considered a string of so‑called pretendians: individuals who self-identify as Indigenous even though that’s not their ancestry. She opened with cheyanne turions, the SFU Galleries curator who was called out on Twitter earlier this year for a questionable family tree. That case followed in the wake of other dubious claims made by the novelist Joseph Boyden, the poet Gwen Benaway, the director Michelle Latimer, and others.

“In all of the aforementioned examples,” Fung wrote, “the issue that gets lost behind questionable genealogy and family lore, is how ethnic fraud requires the full participation of the predominantly White cultural and academic institutions who hire them, protect them, and in many instances, prefer them.”

Questionable genealogy is not a new phenomenon, of course. Consider the life of Frank “Toronto” Prewett, the twentieth-century poet who spent most of his life in the United Kingdom and who alternately claimed Iroquois, Mohawk, and Sioux forebears. But, according to Joy Porter, institutional complicity is not the whole story, at least not always. 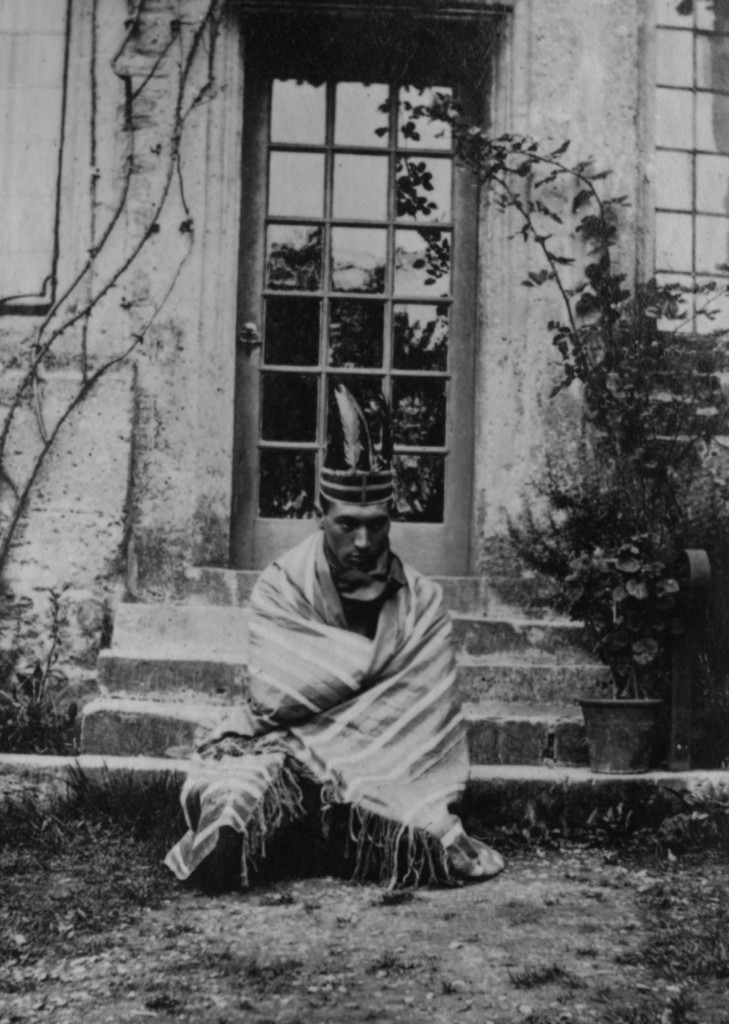 With Trauma, Primitivism and the First World War, Porter, who teaches Indigenous history at the University of Hull, in England, draws on the work of Lytton Strachey, the critic and founding member of the Bloomsbury Group who approached the craft of biography in ways that prioritized psychological insights specific to a historical period. This sideways approach, Strachey wrote in 1918, allows the historian to “attack his subject in unexpected places; he will fall upon the flank, or the rear; he will shoot a sudden, revealing searchlight into obscure recesses, hitherto undivined.”

By adopting this “subtler strategy” in her book, Porter looks to a constellation of individuals around Frank Prewett — from soldiers in the trenches to aristocrats in drawing rooms — in order to study “how combat-induced trauma caused someone to present himself as indigenous.” She also draws upon Strachey’s philosophy to show that “human beings are too important to be treated as mere symptoms of the past. More than indicators of processes at work in time, they are entities in themselves, members of families, networks and nations which have their own unique stories and responses of change.”

As recently as a 2012 reprint, the Handbook of Native American Literature named Prewett as one of the few Indigenous poets published before the 1970s, along with the Mohawk-English writer Pauline Johnson. But even Prewett’s own son provided Porter with “a DNA report on himself undertaken so as to disprove his father’s claims to indigenous heritage.” Rather than dismiss Prewett out of hand, though, Porter contextualizes him as a “precursor to other early-twentieth-century transculturative figures” who adopted similar identities, such as the journalist and actor Long Lance (in the United States) and the fur trapper and conservationist Grey Owl (in Canada).

Discussing Prewett as a “transculturative ­figure” may seem like a deliberate obfuscation of what many scholars now think of as appropriation, especially when high-profile pretendians come to mind. But Porter’s positioning is not simply a matter of phrasing or word choice. It is situated in a scholarship that emphasizes knowledge as historically conditioned — tied to the cultural, social, and economic moment that surrounds a work’s inception. And while a term like “transculturative figure,” rather than “pretendian” or “appropriation,” could certainly strike a dissonant chord if not read care­fully, Porter’s historicist approach is a generous method that both avoids anachronistic interpretations and eschews descriptive liberties.

Prewett was born in August 1893 and raised near Kenilworth, Ontario, alongside Iroquois neighbours, on land that “may originally have belonged to Mississauga or Saugeen Ojibway peoples.” At twenty-two, he went to war in Europe, where he was gassed and then thrown from a horse, which permanently damaged his spine. But, Porter writes, “the worst for Prewett came in April 1918 when he was blown up and buried alive in a collapsed artillery dugout.”

Porter imagines parts of Prewett’s experiences, but she refrains from taking descriptive liberties. And though she draws on primary sources that discuss the psychological effect on others of being buried alive, she acknowledges that it is difficult to know exactly how Prewett’s ordeal contributed to his shell shock. She does, however, link the “harsh candour” of Prewett’s poetry —“Comrade, why do you weep?”— with the trauma of combat.

The emotional truth of Prewett’s suffering is perhaps best grasped in the context of his stay at Lennel Auxiliary Hospital, a private home in Scotland owned by Lady Clementine and Major Walter Waring. This is where he produced both his strongest work and his specious identity: “Clemmie believed her guests should be kept occupied and encouraged patients to reproduce their coats of arms as therapy. Those from families without emblems of heraldic achievement were told to make them up.” Prewett lived with his made‑up past for the next forty-four years.

Porter acknowledges that “Prewett’s decision to fabricate an indigenous heritage was extreme,” but she points out that it was “also an extension of activity deeply fashionable at the time.” However troubling to modern eyes, the “therapeutic fancy-dress parties” that Lady Clementine threw at Lennel coincided with a resurgence of Orientalism. And while the vogue for such things resurfaces from time to time (see our current prime minister), the precise context is different with each iteration.

There is always a cost to ethnic fraud. Nonetheless, Trauma, Primitivism and the First World War is an engrossing read, particularly if one has experienced racial passing or has family members who can pass for other races. It offers a rare insight into the long reach of trauma and presents the story of a complicated figure through a lens that pairs decidedly contemporary anecdotes with detailed evidence. In doing so, it neither redeems nor attacks Frank Prewett. Instead, it conveys the insurmountable nuances of recovering from a near-death experience, an ordeal from which a Canadian poet ultimately surfaced.

Shazia Hafiz Ramji wrote Port of Being. She is currently at work on a novel.