The Métis writer Katherena Vermette’s first poetry collection, North End Love Songs, was a stark and sensitive meditation on Winnipeg’s darkest, toughest, and most violent neighbourhood. “To me,” Vermette reflected in a CBC interview, “the North End is family, it’s elm trees and old houses, it’s people getting by and sometimes not getting by a lot, but getting there. To me, the North End is home.” The 2012 book won a Governor General’s Award.

A few years later, she set her debut novel, The Break, in that same distinct neighbourhood. (Vermette still lives along the Red River.) The story opens in an isolated landscape just west of McPhillips Street, where a young mother witnesses the rape of a thirteen-year-old girl. In a series of shifting narratives, ten characters offer their perspectives on the incident. The various voices of girls, women — some friends and family of the victim, some alive, some dead — and the male Métis police officer who investigates the case try to make sense of the tragic event and of their own tangled existences. No person, they all slowly realize, is completely alone. The women in the novel provide strength and support for one another to bring an end to patterns of abuse that, for many, have crippled their lives.

Published sixty years after Adele Wiseman’s The Sacrifice, a frightening account of a Jewish family in the North End, The Break heralded the arrival of a strong voice that did not shy away from harsh realities. (Vermette’s book won the Amazon.ca First Novel Award and was a finalist that year for the Governor General’s Award and the Rogers Writers’ Trust Fiction Prize.) As Vermette has acknowledged, earlier Indigenous authors, such as Lee Maracle, Beatrice Culleton Mosionier, and the young Eden Robinson, blazed the trail for her own work. She writes within an established and thriving tradition of poets and novelists who are telling their stories directly and without apology, and who are mapping their own literary territories.

With her second novel, The Strangers, Vermette returns to familiar locales and characters. Set across five years, the plot follows five generations of the Stranger family in the North End, focusing primarily on seventeen-year-old Phoenix and her thirteen-year-old sister Cedar, who narrates her part of the story in the first person. Although the siblings are separated, their crucial bond of kinship endures. Their tale provides a sign of hope amid the faltering relationships of other family members. 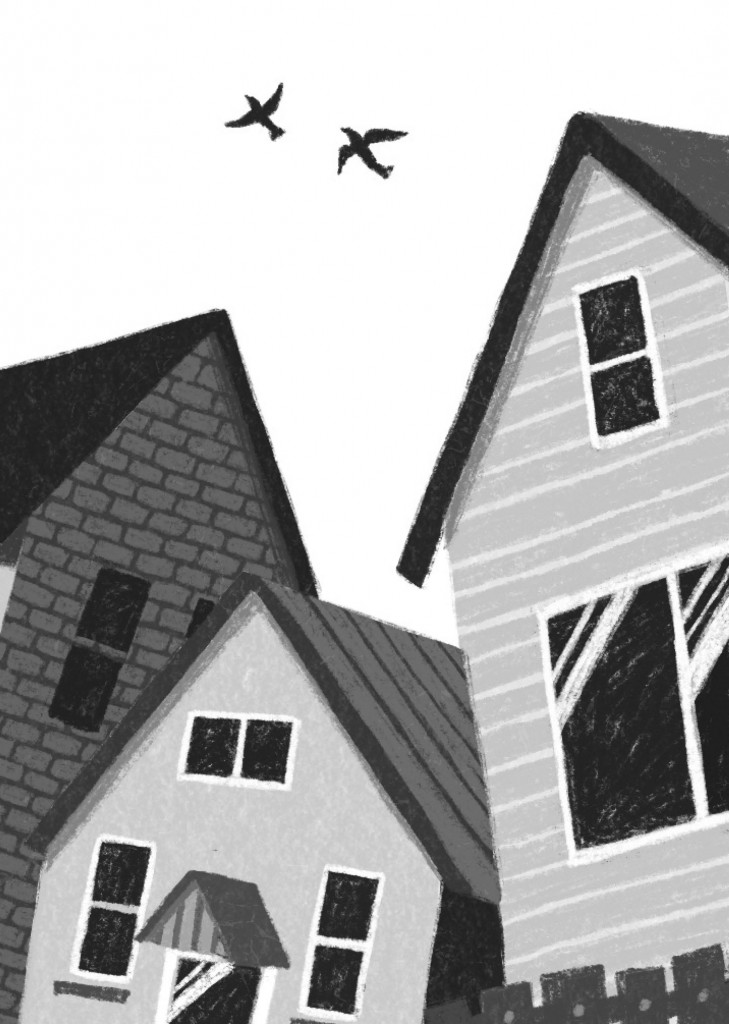 Phoenix, who was introduced in The Break as a homeless and troubled teen, is central to the events in The Strangers. Failed by her school, by her mother, and then by the judicial system, she is incarcerated in a juvenile detention centre. Nevertheless, she is a loving sister to Cedar, and the two fantasize about a dream home where they will be reunited. In the opening pages, Phoenix gives birth to a son, Sparrow, who is immediately dragged off by a waiting social worker to live with his father’s relatives.

Cedar is living in a group home, which she describes as “my foster home” before correcting herself: “Foster place. Don’t know why they call them homes. Never had one that was like a home. This one’s better than the last one, I guess, but still.” She is about to move to her father’s house in Windsor Park, which he shares with his overprotective new wife and her seemingly belligerent daughter. Within this unfamiliar setup, Cedar finds a blend of peace, security, and further inner turmoil.

The intergenerational saga includes Cedar and Phoenix’s mother, Elsie, who is struggling with a drug addiction and continues to fall on hard times. Estranged from her own mother, she tries desperately to hold her crumbling family together through infrequent telephone chats and the occasional supervised visit. Elsie’s angry responses to her life’s trials are symptoms of the systemic racism she cannot escape. “It’s so hard to dig yourself out once you get in the hole,” she tells her youngest daughter.

In her father’s home, Cedar clings to the two people she most associates with feelings of love and belonging. “I want to try and see my ­sister,” she says. “And my mom. If I can.” It comes out “more of a blurt than words.” Phoenix remains in prison, though the girls’ father secretly allows the two to speak on the phone; their mother remains an outsider, lost to her daughters and lost to herself. In a particularly potent and unnerving moment toward the end, Phoenix receives her first visitor in nearly five years: her son’s great-grandmother. All Phoenix wants is the opportunity to see her child. The older woman points a manicured finger at her. “Know that I come here with the decency to say this to you in person and I mean it,” she scolds. “We do not want you seeing Sparrow when you get out. Not now, and likely not ever.” The condescension and cruelty reveal a brazen attempt to silence Phoenix’s strong maternal instincts.

Cedar shares with her stepsister a belief that permeates the entire narrative: “Blood memory. Or sometimes it’s called bone memory. It’s this old teaching that everything that’s happened to your ancestors, everything they know, good or bad, is already in you. It’s in your blood. So even if you don’t know it, or don’t think you know it, you do.” The many generations of the Stranger family prove the efficacy of this observation, even while their last name suggests interpretations of otherness and difference.

Now poised to begin a program at the University of Winnipeg, Cedar lives in residence a few blocks from her mother. Phoenix tells her sister that she hopes to be released from prison in twenty-one months. The women can see fresh starts for themselves. Each is still burdened with her past but willing and eager to welcome a new day.

In her work, Vermette creates, or rather recreates, the North End — building a world in much the same way that Alice Munro depicts Huron County, in Ontario, or that William Faulkner invents his Mississippi setting of Yoknapatawpha County. “That’s home, isn’t it? We always love and hate our home,” Vermette said in an interview in 2013. “I spent years trying to run away, get away, and be any place else before I realized there was no other place I wanted to be, or could be, really. It’s like family, isn’t it? They annoy the crap out of us, but no one loves or knows us more.” With its masterful, complicated portrait of this corner of Winnipeg, The Strangers offers a highly engrossing study of the problems, fears, and small hopes that beset the many figures who inhabit this community.