The year: 1944. The cartoon: Russian Rhapsody. The plot: Hitler pilots a B‑17 and plans to bomb Moscow. But the plane is invaded by a gaggle of gremlins — from the Kremlin. They stab his buttocks, electrocute his nose, and scare him with a Stalin mask. Then they carve a hole in the floor and send him hurtling to the ground. Hitler survives the fall, realizes the Flying Fortress is now diving toward him, and tries in vain to outrun it. He is crushed; the plane’s swastika-adorned tail serves as his headstone. While the gremlins cheer, the Führer pops out of the ground. One of the gremlins pounds him back under the dirt with a sledgehammer. Cue the closing sequence: “That’s all, folks!”

Russian Rhapsody typifies a familiar style: irreverent, surreal, and, above all, violently funny. Anvils, Mallets & Dynamite, a new biography of Looney Tunes by the former Maclean’s editor Jaime Weinman, offers a thorough if breezy overview of the cartoons, characters, and controversies that have marked the franchise for nearly a hundred years. Other works, like Of Mice and Magic by Leonard Maltin and That’s All Folks! by Steve Schneider, were published three or four decades ago. Weinman’s book provides a much-needed update.

Although the producer Leon Schlesinger and the animators Hugh Harman and Rudolf Ising created the first Looney Tunes cartoon, Sinkin’ in the Bathtub, in 1930, the director Frederick “Tex” Avery established what we would now consider the franchise’s modus operandi. He arrived at Warner Bros. in 1935 after being fired from his animation gig on films featuring Walt Disney’s character Oswald the Lucky Rabbit. A prank had gone awry and a colleague had hit him in the eye with a paper clip. Within a few months, the eye had gone blind. Since Avery had lost his sense of depth perception and could no longer animate, Disney let him go. 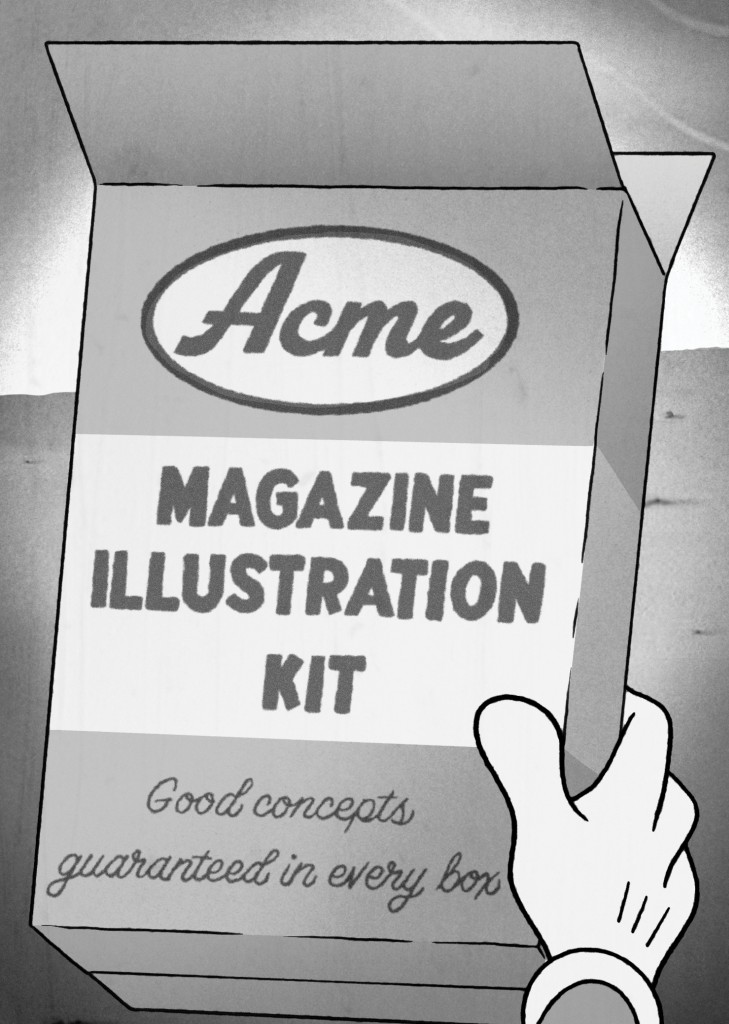 It’s no surprise, then, that what defined Avery’s approach — and what came to stand for Looney Tunes in the minds of many — was hostility toward his former employer, or at least his former employer’s conventions. Whereas Disney pulled back when his cartoons became too absurd, self-aware, or violent, Avery doubled down. If a Disney character punched a villain, an Avery character shot him to pieces. Where Disney’s Friend Owl, in Bambi, waxes cheerful about love, Avery’s Tweety, in Birdy and the Beast, sets a cat’s insides on fire and pumps him full of gasoline. Avery loved metafictional gags that subverted expectations. In Little Red Walking Hood, a character named Egghead continuously wanders in and out of the frame, saying nothing. When the villain finally asks him what he’s doing there, Egghead replies, “I’m the hero of this picture” and smashes the villain with a mallet. In Cross Country Detours, a frog sits benignly on a lily pad while the narrator intones, “Here is a close‑up of a frog croaking.” The amphibian then pulls out a gun and shoots itself in the head.

In the late 1930s, Avery and his team began developing a flagship character to oppose Disney’s mild-mannered Mickey Mouse. Their first attempt, Porky Pig, didn’t quite cut it. The stuttering swine was too much of a straight man, too close to his rodent competition. But they struck pay dirt with a waterfowl: Daffy Duck, who was a chaos agent, a pot stirrer, a screwball. He says as much in Porky’s Duck Hunt, from 1937, with his very first line: “I’m just a crazy, darn-fool duck!” Indeed, as Weinman notes, Daffy is uniquely aware of his own psychopathy. While floating on an invisible bicycle in another early cartoon, Porky and Daffy, from 1938, he turns to the camera and cries: “I’m so crazy, I don’t know this is impossible!” Unlike Porky and Mickey, Daffy is funny because of who he is, not because of the situations happening around him. This “personality comedy” provided the model for future Looney Tunes characters, including he who would become the biggest star of them all: Bugs Bunny.

Despite Daffy’s popularity, Warner Bros. decided he could never be its standard-bearer, because Disney already had a famous duck: Donald. Instead, the studio figured, a rabbit could fit the bill. Disney had retired its own semi-forgotten hopper, Oswald, by the late 1930s; another version of the cottontail played to Avery’s violent, contrarian tendencies. The animal could be hunted and shot at, and its historical depiction as a trickster figure — whether the African Zomo or his American descendant, Br’er Rabbit — gave the writers a starting point for a cheeky, mischievous personality. Borrowing some of his appearance, ironically, from a little-known Disney character named Max, a braggart with buckteeth and oversized ears, Bugs Bunny debuted in A Wild Hare. The 1940 short established several of the protagonist’s stock traits: his proclivity for carrots, his antagonistic relationship with the hunter Elmer Fudd, and the catchphrase “What’s up, Doc?” (which Avery had picked up back home in Texas). Bugs proved wildly popular with audiences and critics alike; A Wild Hare earned an Academy Award nomination for best animated short film, though it lost to MGM’s The Milky Way.

Unlike many other Looney Tunes characters, including Marvin the Martian, Speedy Gonzales, and the Tasmanian Devil, Bugs has kept a largely consistent characterization over the years. As Weinman describes, Bugs is a “strange combination of underdog and bully.” He’s shrewd, he’s smart, and he’s a hero — but he’s smug and sneaky, too. While Daffy seeks only to annoy his opponents, Bugs combats them in a systematic way. He’s more strategist than screwball. And he’s got a sort of omniscience; he knows he’ll be all right in the end. This trait points toward a broader question: How have Looney Tunes cartoons proven so popular despite spitting in the eye of the traditional rules of ­storytelling — rules that everyone else, including Disney, basically follows?

“Perhaps the success of Looney Tunes speaks to the validity of an old cliché: rules are made to be broken.”

Conventional wisdom dating back to Aristotle’s Poetics suggests that artistic mimesis, or imitation, rests on the reflection of nature. By displaying situations in which audience members may imagine themselves, successful art elicits catharsis: the expurgation of emotion. In seven-minute shorts, where the only goal is to elicit laughter, it seems breaking the rules works for rather than against that catharsis. Perhaps this is because Looney Tunes cartoons crystallize a certain wish fulfillment: Bugs’s omniscience, for example, or the ability to survive certain death, whether by anvil, explosion, plane crash, or other calamity. And perhaps the success of Looney Tunes simply speaks to the validity of an old cliché: rules are made to be broken.

Weinman touches on such theoretical matters, but his enthusiasm for his subject tends to overtake his critical faculties. He suggests that the cartoons proved so popular on Saturday morning television “because they were the best.” He argues that kids today still love the old clips “because they were actually good.” And he asserts that Looney Tunes is “just too good” to ever disappear. This substitution of affinity for argumentation leaves the interrogative reader wanting more. While the book includes eight pages of sketches and photographs, additional images would have been helpful. It’s all well and good to read about Foghorn Leghorn chasing a dog with a baseball bat or Sylvester the Cat using a power line as a tightrope, but visual accompaniment would enhance such descriptions (even if creating a permissions nightmare for the publisher).

The book’s strongest chapter discusses the “Censored Eleven,” a group of shorts pulled from circulation by United Artists in 1968, after the company bought the pre‑1948 library of Warner Bros. Racism figured so centrally in these shorts that they were unsalvageable, even with heavy editing. One of the eleven, Angel Puss, is about an unnamed Black man hired to drown a cat in a sack; the feline fakes its own death, disguises itself as an angel, and “haunts” its would‑be killer. Not only is the cartoon unfunny, but the Black man is depicted as a gambling addict who speaks with a minstrel-show dialect. Even more outrageously, Angel Puss aired alongside Americans All, a March of Time newsreel about Blacks and whites having equal stakes in the Second World War. This hypocrisy so enraged Herman Hill, a reporter for the African-American weekly the Pittsburgh Courier, that he complained to the Hollywood Screen Cartoon Producers association. The most infamous of the group, Coal Black and de Sebben Dwarfs, is an all-Black parody of Disney’s Snow White and the Seven Dwarfs, featuring a laundress named So White and the zoot-suit-wearing Prince Chawmin. So offensive was the cartoon that shortly after its release in 1943, the NAACP publicly called for its withdrawal. Such contemporary criticism undercuts more recent arguments, like the claim by the director of Coal Black, Bob Clampett, that the Censored Eleven were unfairly condemned because they were being judged by modern sensibilities.

Even with some flagrant offenders banned, the question remains: Is the violent children’s programming of yesterday fit for the twenty-first century? The television channel Cartoon Network, which has held the exclusive rights to Looney Tunes since the 2000 merger between its owner, Turner, and Warner Bros., has made several attempts to revitalize the franchise. Loonatics Unleashed, a post-apocalyptic affair featuring superhero versions of Bugs, Daffy, and Wile E. Coyote, among others, was cancelled after two seasons. It was followed by The Looney Tunes Show, a non-violent animated sitcom, which was also axed after two seasons. Wabbit: A Looney Tunes Production, later retitled New Looney Tunes, promised a return to the classic format. It lasted three seasons before being replaced by Looney Tunes Cartoons, another rehash of the old approach, which launched in 2020 on HBO Max. So far, that show seems to be working: it was nominated for an Emmy in 2021, and new episodes are currently in production.

But the present does not imply the perpetual. Weinman commits this fallacy when he closes his otherwise capable introduction with the hyperbolic statement that “Looney Tunes will never die.” In fact, contemporary culture’s increasingly delicate sensibilities, on the one hand, and its treatment of art as a product, on the other, probably spell an uncertain future for Bugs, Daffy, Porky, and the rest of the gang. More than ever, art gets made because it has what the philosopher Walter Benjamin called exhibition value: appeal to a hypothetical audience that is hypothetically willing to pay for it. And to maximize profits, the product, art or otherwise, must fall somewhere within the Overton window, or the range of political acceptability. The violent Looney Tunes brand of comedy seems increasingly outside that window and, as such, increasingly beyond the pale for those who write the cheques.

Of course, many of the franchise’s devotees want the carnage to continue unabated, and Looney Tunes Cartoons has already run into this problem of censorship versus authenticity. To the outrage of purists, no firearms were depicted in its first season; Elmer chased Bugs with a scythe instead of a shotgun, among other adjustments. In whatever form it takes next, Looney Tunes will likely be forced to make similar choices: sanitize the shtick and risk incensing the existing fan base, or do as Tex Avery would have done by doubling down — and risk more than one kind of cancellation.