When France Fell: The Vichy Crisis and the Fate of the Anglo-American Alliance

December 7, 1941, remains, as Franklin Roosevelt described it, a “date which will live in infamy.” The surprise attack on Pearl Harbor, now more than eighty years ago,  shocked the United States to its core, revealing military vulnerability and firing up a thirst for retribution. Americans were never the same. The event quickly led to Washington’s declaration of war against Japan and, in a bizarre twist, to the Nazi dictator Adolf Hitler declaring war on the United States. Since then, almost every aspect of that Sunday morning in Hawaii has been analyzed, giving rise to hundreds of books, feature films, and documentaries as well as memorials, museum displays, and no shortage of conspiracy theories.

With When France Fell, Michael Neiberg, the chair of war studies at the United States Army War College and the author of more than a dozen military histories, focuses his lens of inquiry on an overlooked earlier disaster that beset the Roosevelt administration. The fall of France, in June 1940, to the German blitzkrieg was cataclysmic. After six weeks of intense combat, Germany was in command of western Europe, Britain was hanging on by its fingertips, and the White House was facing a new geo­strategic situation. Neiberg argues persuasively, relying on recently uncovered archival sources and through a riveting narrative, that those weeks resulted in “the most shocking single event of the war,” to quote the U.S. secretary of war Henry L. Stimson.

The collapse of France forced the United States to reappraise its place in the world, especially its stance of military neutrality. Having based its European grand strategy on the assumption that France would act as a bulwark against rearmed Germany, Washington had to hurriedly formulate new plans. Even though Roosevelt sought to circumvent neutrality laws and to support Britain and Canada with weapons in the battle against Hitler that they were losing at the time, he was constrained by isolationists who wanted nothing to do with another European conflict. 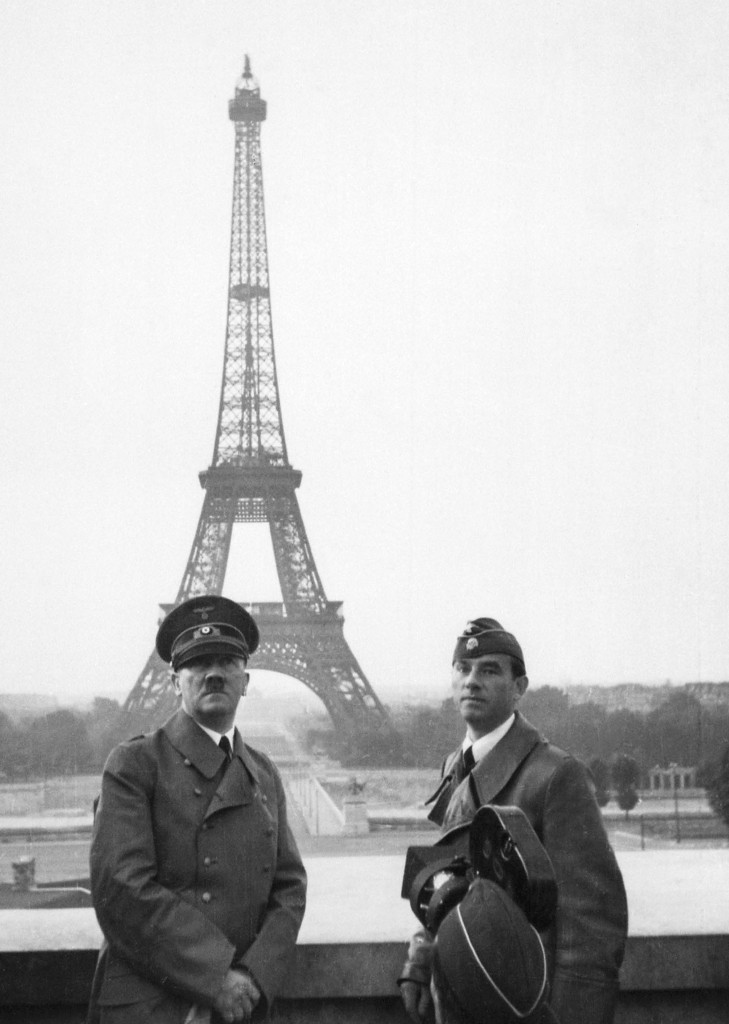 After fierce debates among Roosevelt’s advisers, with much fear and flailing as they made strategy on the fly, the Americans engaged in a multi-pronged approach of crash-building military forces, searching for real and imagined spies and traitors among their own population, and seeking a new ally in the conquered state. This last move proved to be disastrous, as Germany pressed its iron boot to France’s throat, setting up a quisling government of Vichy collaborators while occupying large parts of the country to eventually carry out its genocidal policy against Jews and siphon off treasure and resources.

In the aftermath of France’s defeat, the Roosevelt administration’s immediate worry was that the powerful French navy, which had escaped capture, would fall into Nazi hands. American diplomats in Britain predicted that the island kingdom could not survive an onslaught either, and its powerful navy might also pass to the Germans. The White House found it ­difficult to chart a course forward. There were other uncertainties in the realms of politics, espionage, and fighting, especially the ongoing ­challenge of how to deal with Vichy France, doubts as to whether French forces in North Africa would support the Allies fighting there, and the status of two French islands off Newfoundland, Saint‑Pierre and Miquelon.

When the Free French forces — operating out of Britain and led by Charles de Gaulle — captured those islands on Christmas Eve 1941, the Americans were apoplectic. The Canadian prime minister, William Lyon Mackenzie King, was caught in the middle, trying to defuse the situation and perplexed over why the administration was acting so irrationally. “We had nothing to do with the matter,” he told the secretary of state after hurrying to Washington. The Americans eventually backed down, but their initial reaction revealed their twisted logic in supporting Vichy France over the Free French, even after the U.S. had declared war on Germany.

Neiberg tells this story through fascinating characters, such as de Gaulle, who emerged as the defiant Free French leader. The Americans despised him, and the British at one point thought he was insane. Others include Marshal Henri-Philippe Pétain, a hero of the First World War and an obsequious supporter of the Nazis; the vile collaborator Pierre Laval, a high-ranking politician; and Jean-François Darlan, a craven, power-hungry military commander.

Washington was desperate for a partner in holding off the Nazis, and it was often badly played by self-serving French officials who were incompetent or malicious as they scrambled over each other like crabs in a bucket. Eventually, after many wrong decisions in backing the charlatans and fascist sympathizers, Roosevelt and his aides were forced to accept de Gaulle, who emerged as a thorny friend.

While When France Fell is firmly situated in the years of 1939 to 1945, the history it raises sheds light on recent events in Afghanistan, including the sudden collapse of pro-Allied forces as the Taliban advanced in August 2021. Over a twenty-year period in the country, the United States had once again struggled to find suitable allies it could work with against a ­common enemy.

With cultural differences, incomplete intelligence, and divergent interests, alliance warfare is no easy thing. Take one example from the Second World War that maps onto the current situation, in which millions are suffering under Taliban rule: with the French people in danger of starving in the winter of 1940–41, America debated over whether to supply food and medicine, which would be used to the advantage of the Nazis. Some aid was eventually sent, largely perishable items that had to be consumed rapidly, but there was no good solution that satisfied both hard strategic demands and the humanitarian impulse to support the oppressed.

As Neiberg carefully shows, America’s national interests do not easily align with those of its allies. Although the Axis was defeated, many wars and conflicts since 1945 — in Vietnam, Panama, Iraq, or Afghanistan — have ended without victory parades. Canada, for its part, also struggles with alliance warfare and with strategic situations where choices must be made between bad and worse. As the failed action in Afghanistan revealed, Canada will not always be on the side of the victors.