Canada’s first prime minister, Sir John A. Macdonald, died in office on June 6, 1891. What followed was the most unusual ­period of political succession in the country’s history: four Conservative ­leaders — Sir John Abbott, Sir John Thompson, Sir Mackenzie Bowell, and Sir Charles Tupper — each had a short term as prime minister. Abbott retired due to poor health in 1892 and died a year later. Thompson died in his sleep at Windsor Castle in 1894, after Queen Victoria had named him to the Privy Council. Tupper lost to Sir Wilfrid Laurier and the Liberals in the 1896 election and again in 1900. He retired in 1901.

Although he served for years as a Conservative cabinet minister, few Canadians are familiar with his short stint as our nation’s leader. In fact, there wasn’t even a full-length biography of Bowell until relatively recently. Betsy Dewar Boyce, a local historian from the Bay of Quinte region in Ontario, produced one in 2007, but she couldn’t find a publisher before passing away that same year. A small house, Kirby Books, eventually issued her book as The Accidental Prime Minister: The Biography of Sir Mackenzie Bowell, in a limited run of just a few hundred copies to coincide with the hundredth anniversary of his death in 1917. And now a well-researched and more widely available volume has arrived: Barry K. Wilson’s Sir Mackenzie Bowell. 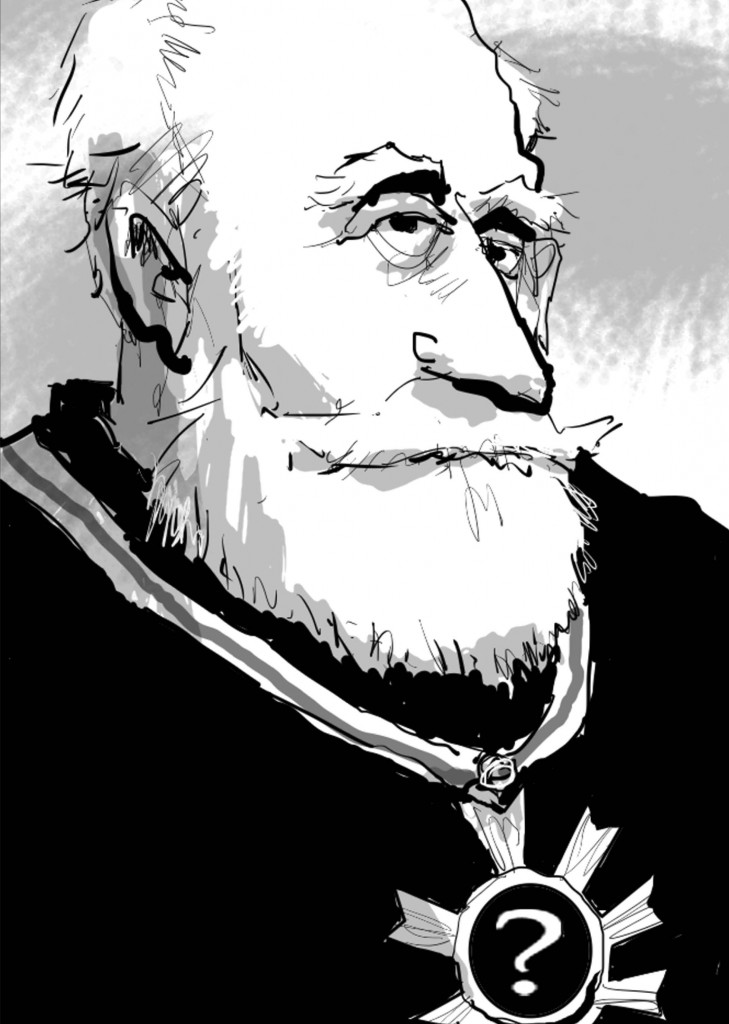 He mastered the mechanics of Parliament.
Image by Brian Gable

A retired journalist who worked as the Western Producer ’s national correspondent for thirty-five years, Wilson has written several books, including Politics of Defeat: The Decline of the Liberal Party in Saskatchewan, from 1980, and Benedict Arnold: A Traitor in Our Midst, from 2001. His newest work will hopefully serve as the seminal study of Canada’s least-known prime minister. And perhaps it will modify existing perceptions of the man.

Historians and journalists have often presented Bowell in a negative light. In his 1964 book, Mr. Prime Minister, 1867–1964, Bruce Hutchison described him as a “tiny, stupid man” with “minor talents as a small-town political fixer and a certain cunning.” In Canada 1874–1896: Arduous Destiny, from 1971, Peter B. Waite depicted him as “not a bad man but his talent for leadership was non-existent. . . . He was, in short, a little man in a big place, fatuous, petty, and on important matters untrustworthy.” J. L. Granatstein and Norman Hillmer placed him nineteenth out of twenty prime ministers in their 1999 book, Prime Ministers: Ranking Canada’s Leaders, while suggesting “he was not a skilled leader” and that “he proved completely inept at making decisions or managing his Cabinet and Parliament.” And in his new book, The Lost Prime Ministers, the former history teacher Michael Hill characterizes him as a man “unsuited for the job” of prime minister, one with “personal gruffness” and an “inability to inspire.”

Wilson offers a remarkably different and refreshing take: “Bowell’s story is a classic tale of an immigrant kid with limited education who by any standard grew up to become a success in his new country.” He served in the military, rose from printer’s apprentice to owner of a newspaper, and became a “trusted confidant and lieutenant” of Macdonald.

Mackenzie Bowell was born on December 27, 1823, in Rickinghall, England. His father, John, and mother, Elizabeth Marshall, decided to ­emigrate in 1833 and settled their family in Belleville, Upper Canada. This “wilderness ­community” would be the place Bowell called home for the next eighty-four years.

Formal education wasn’t a high priority among Upper Canada’s working class, but John passed along basic reading and writing skills to Mackenzie, who hadn’t received much schooling in England, and put him to work in the family business, a woodworking shop. After Elizabeth died giving birth to a girl, who died days later, John sent his son to become an apprentice and learn a trade, which spared him “some of his single-parent obligations” of room and board.

George Benjamin, the founder of the Belleville Intelligencer, hired the young boy as a “printer’s devil.” Bowell worked at the feet of his new mentor over the next three years and became Benjamin’s business partner in 1848. Shortly thereafter, he took control of the paper with the help of his brother-in-law.

In addition to introducing Bowell to the world of journalism, Benjamin helped pave the way for his entry into the Orange Order and Conservative politics. Despite being born Jewish, as Moses Cohen, Benjamin identified as a Christian and founded Orange Lodge No. 2, becoming the Protestant fraternity’s grand master. “Bowell learned the ropes of the organization,” Wilson writes, “and gradually increased his position and influence in eastern Ontario Orange affairs.” Eventually, he too would assume the role of grand master, which increased his visibility and name recognition. It also led to “one of the most embarrassing political missteps in his life.”

In 1860, local Orangemen put out their flags and regalia in anticipation of Prince Albert’s visit to Kingston and Belleville. But such symbols were banned in England, where they were seen as “offensive to the Queen’s Catholic subjects.” That leg of the royal tour was promptly scuttled. Bowell survived the fiasco, though it portended things to come.

After he sold the Intelligencer to Bowell, Benjamin became a Conservative member of the Province of Canada’s Legislative Assembly. He introduced prominent Conservatives to his ex‑devil, who came to be seen as a “friend in government.” While politicians like Macdonald knew Bowell’s support within Orange circles could benefit the party, it was, in Wilson’s words, a “delicate political balancing act,” since Bowell had to “alternate between dispensing political carrots to placate Orange supporters and wielding a stick to use when dissidents threatened party cohesion and hegemony.”

The most fascinating sections in Sir Mackenzie Bowell relate to the man’s long political tenure. First elected as the member of Parliament for Hastings North in 1867, Bowell exhibited a surprising streak of independence. He opposed, for example, George-Étienne Cartier’s plan to downgrade the status of volunteers “in Canada’s fledgling armed forces,” and he joined the Liberals in 1870 in their unsuccessful fight against enshrining minority-language and religious-education rights in the Manitoba Act. His most significant ­political moment occurred in 1874, when he proposed that Louis Riel be expelled from Parliament. “Despite the occasional display of independence from the Conservative Party agenda and discipline,” Wilson writes, “Macdonald also would have noticed approvingly that Bowell was increasingly displaying partisan flair as a Conservative attack dog.” Ultimately, a combination of skills learned as a journalist and an interest in “the ­minutia of issues that many MPs preferred to gloss over” enabled Bowell to “master the ­mechanics of Parliament.”

He became a cabinet minister for the Old Chieftain in 1878, going on to serve in three portfolios: customs (1878–92), militia and defence (1892), and trade and commerce (1892–94). As customs minister, Bowell helped develop Macdonald’s “high-tariff, protectionist National Policy” and changed the department from being a “tax collector” into a “key driver of the Prime Minister’s vision of a more activist government role in shaping the new country.” Laurent-Olivier David, a Quebec journalist who later became a Liberal senator, described Bowell as one of the “best fighters” among the Conservatives, and his long-time private secretary, E. L. Sanders, noted that “no one was surprised that Mackenzie Bowell should be given the important portfolio of Minister of Customs.” But his rise to prime minister was wholly unexpected.

Bowell moved to the Senate in 1892 and was named the chamber’s Conservative leader the following year. The sudden death of John Thompson, an old friend and by then the prime minister, pushed him into contention for a role he never considered for himself. The governor general, the Earl of Aberdeen, expressed concern about Bowell’s background with the Orangemen, but Sir Frank Smith, a Roman Catholic senator from Toronto, spoke emphatically “in favour of Mr. Bowell.” His endorsement helped the immigrant kid become Canada’s fifth prime minister.

The 1890s was a difficult time to lead. “The chalice of power Bowell was handed,” Wilson writes, “contained a volatile cocktail of party discontent and disloyalty mixed with intractable political and federal-provincial issues to be resolved.” Macdonald and his successors had left behind a number of “poison pill legacy issues,” including English-French and Catholic-Protestant tensions, negotiations with England about Newfoundland’s status as a self-governing colony, and differences with Manitoba.

The Manitoba Schools Question would be Bowell’s Achilles heel. The issue of education funding tore at the heartstrings of the “lifelong opponent of separate, religion-based schools.” He had opposed the Manitoba Act of 1870, and once again he decided to stake his career on defending a position that had already “jeopardized his political future.” Why? He was a ­constitutionalist at heart, a man who believed in upholding the rule of law to keep Canada united. “A promise was a promise,” Wilson writes. “A constitutional promise was an obligation.”

Because he sat in the Senate, it was also impossible for Bowell to participate in the House of Commons unless specifically invited into the chamber. The inability to cool down the rhetoric and rein in the political jockeying within the caucus proved his undoing. Conservatives were frustrated with prevarications around school funding and insufficient federal support for Prairie farmers. They were also irritated with the never-ending deadlocks in cabinet over capital punishment in the Valentine Shortis murder case.

Charles Tupper, a former Nova Scotia premier, and his allies grew stronger and stronger. When seven of Bowell’s cabinet members resigned, a leadership vacuum ensued. Without any other options, Bowell agreed to step down. “It is such a comfort to shake hands with honest men after having been in company with traitors for months,” he remarked to opposition MPs in the Commons as he said his farewells.

Bowell remained politically active for many years. In 1896, Conservative senators asked him to become opposition leader, a role he accepted after some hesitation. He battled against Laurier and Liberal newspapers, and he gained “a small measure of revenge against the principal players in the cabinet revolt.” He served as opposition leader until 1905, and he continued to sit on the Senate backbenches until his death twelve years later.

With an eagle eye and a deft touch, Barry K. Wilson peels away layer after layer of dusty material and forgotten memories about a prime minister who has mostly been a tiny footnote in Canadian politics. He shows that the old, denigrated image should be replaced by a new, more respectable one. Though an imperfect and fallible person, Bowell was hardly a “tiny, stupid man” with “non-existent” leadership qualities. It’s right that this largely unknown figure, one of our longest-serving parliamentarians, has finally been properly introduced to the country he loved.

Thank you for a comprehensive review of my Sir Mackenzie Bowell biography. My forty-four-year journalism career included thirty-four years on Parliament Hill, and my membership in the Parliamentary Press Gallery afforded me great access to resources at the Library of Parliament, which helped mightily in my research.

I first became aware of Bowell when studying history at Carleton University. As a politician and journalist, he must have signed thousands of documents. But as I sought to collect original signatures from all Canadian prime ministers — a collection I ultimately donated to my alma mater — Bowell’s was by far the most difficult to find. That greatly intrigued me...