The Rowell-Sirois Commission and the Remaking of Canadian Federalism

In exploring a subject that may not have an immediate hook or a wide audience, the authors of The Rowell-Sirois Commission and the Remaking of Canadian Federalism were astute enough to start with an obvious question. “Why,” Robert Wardhaugh and Barry Ferguson ask, “write a book on a Canadian royal commission established in the 1930s?”

It’s not as though Newton Rowell and Joseph Sirois, the two men for whom the commission is named, are leading figures in Canadian history. Nor do the words “royal commission” typically cause a passionate stir among even the most politically or historically minded audiences. But in a country that does not tend to celebrate or nurture the chronicling of its past, the arrival of a well-written book examining a key period is an important contribution (and a welcome addition to UBC Press’s C. D. Howe Series in Canadian Political History, which is edited by the eminent scholars John English and Robert Bothwell).

Indeed, The Rowell-Sirois Commission and the Remaking of Canadian Federalism reveals a great deal about the state of the federation (not so good) during the 1930s and helps us make ­better sense of a sometimes unfathomable nation today. It reminds us that the very real problems of governing this land are not new and that the struggle between the federal government and the provinces is and always has been at the heart of the body politic and our constitution.

William Lyon Mackenzie King appointed the Royal Commission on Dominion-Provincial Relations in 1937. Its genesis lay in the deep challenges of those times. Ravaged by the economic calamity of the Great Depression, provinces struggled mightily to meet the needs of their citizens. There were also significant regional disparities. These dilemmas were exacerbated by an inflexible federal system created seventy years before. Wardhaugh, who teaches at Western University, and Ferguson, recently retired from the University of Manitoba, explain how the Depression, in particular, “made it glaringly apparent that the provincial governments (except Ontario) could not shoulder the increasing costs of their constitutional responsibilities, including relief for the unemployed, the building of new roads and infrastructure, and new expenditures on social programs.” And this meant “Canadian federalism had to be ­reconsidered and, if possible, remade.” 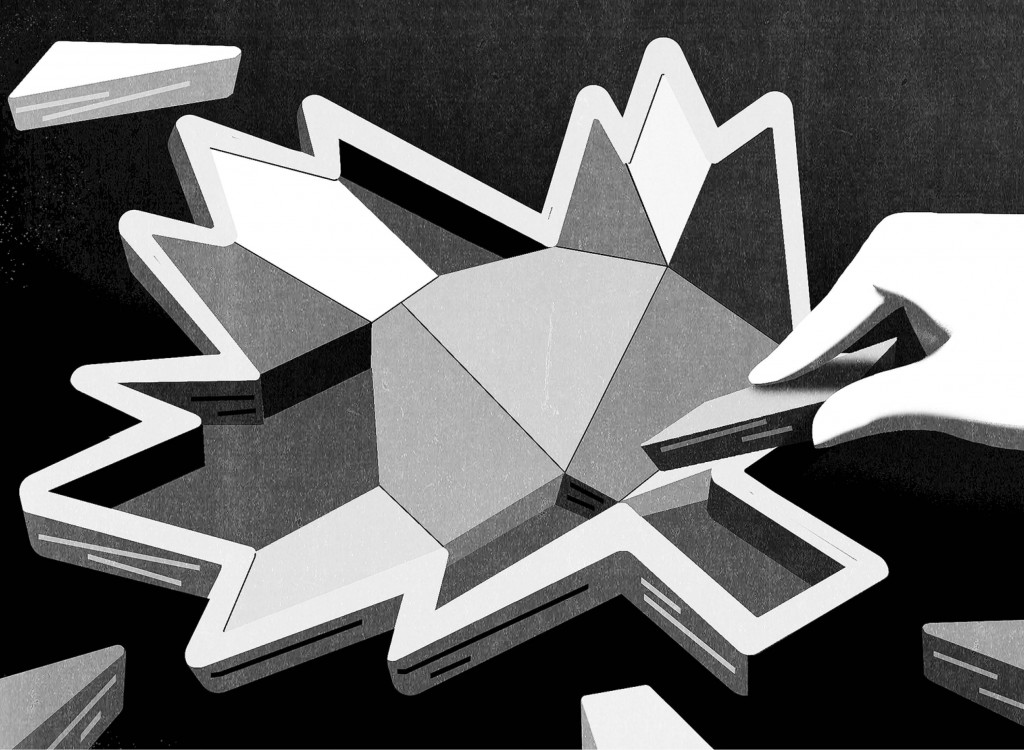 At the heart of the book is how the commission went about addressing that problem of federalism through a series of cross-country hearings. As the Queen’s political scientist J. A. Corry recalled in 1940, “The doctors were to examine the patient’s past history and present condition, diagnose the disease, and prescribe for its cure.” In doing so, they would confront numerous obstacles, such as regionalism, truculent premiers, and illnesses among the staff — plus a world war.

The assembled team was a fine group, led by Ontario’s chief justice, Newton Rowell (grandfather to the former senator Nancy Ruth), and the Quebec notary Joseph Sirois (actually a replacement for the Supreme Court of Canada justice Thibaudeau Rinfret, who fell ill before the project got rolling). The commission also included the editor of the Winnipeg Free Press, J. W. Dafoe, as well as the University of British Columbia’s Henry Angus and Dalhousie’s Robert MacKay, both veterans of the First World War.

In 1938, Rowell, who was seventy-one, took ill. “The dominant and active force in the inquiry,” he was the glue that held the commission together; that he came from Ontario was crucial in handling that province’s difficult premier, Mitchell Hepburn. Rowell’s colleagues hoped for his return, but it was not to be. The same year, MacKay came down with acute appendicitis. His recovery took months. While these illnesses are not at the centre of their story, Wardhaugh and Ferguson are wise enough to know that including the human element makes for a good narrative — particularly when your larger topic is the Constitution, taxation, and the division of powers.

One unexpected and perhaps unintended take‑away is the enduring importance of Mackenzie King’s diary. Wardhaugh and Ferguson quote from it regularly, and readers will be amazed at the insight and colour the various entries lend to this chapter of our hist­ory. Whether the prime minister is wishing that Hepburn were dead (“I don’t often wish that a man should pass away, but I believe that it would be the most fortunate thing that could happen at this time”) or musing on the lifespan of Rowell, Dafoe, and Rinfret (“The chances of the lives of any of the three lasting more than five years was problematical”), the document’s continued relevance resonates clearly.

The commission published its findings in three volumes, in English, in 1940; it was Sirois who insisted on its simultaneous publication in French. “The Rowell-Sirois Report,” Wardhaugh and Ferguson write, “provided not only a broad synthesis of economic and political history but also a serious reinterpretation of Canada as a federation.” It looked at how the federal ­system “could best fulfill the essential functions that governments faced under contemporary conditions.” And in remarks that will ring true for any follower of current “dominion-provincial relations,” the commissioners “argued that the regions and the provinces were to be taken as seriously as the federal government in ­undertaking these functions.”

The commission recommended the creation of equalization payments as well as increased federal responsibilities for unemployment insurance and pensions. But Wardhaugh and Ferguson suggest its ultimate contribution may have been in exposing “the troubled and even dysfunctional condition of Canadian federalism.” The report went on to serve “as a touchstone for the remaking and rethinking of federalism for many years.”

This examination of the Rowell-Sirois Commission comes at a felicitous time. As has been dramatically shown in recent weeks, the pandemic and its many after-effects have placed enormous burdens on Canadians in general and on the government — at all three levels — in particular. It has also shed light on the division of powers and the difficulties of coordinating a national response to a crisis that is, ostensibly, a matter of provincial execution. “While Ottawa possessed the fiscal resources to deal with unemployment, poverty, and ­public health,” Wardhaugh and Ferguson write of pre‑war Canada, “the constitutional responsibilities to address those matters remained in the provincial realm.” They could just as easily be talking about today.

The Rowell-Sirois Commission and the Remaking of Canadian Federalism is an important work about our evolution as a federal state. While it will be of most interest to scholars of federalism and the Constitution, it also holds something worthwhile for any general devotee of history and politics.

I appreciate that J. D. M. Stewart reviewed Robert Wardhaugh and Barry Ferguson’s The Rowell-Sirois Commission and the Remaking of Canadian Federalism for us. The review certainly arrived at an opportune moment, as I was again raging against our federal system when it showed up in the mailbox — at that point because of the bungled response to the “freedom convoy.”

There is never a bad time to dissect federalism, nor would a renewed effort at reform be unwelcome. My favourite book from 2021 is usually in reach, for exactly this reason: Thomas O. Hueglin’s Federalism in Canada: Contested Concepts and Uneasy Balances, which provides both historical context and a...