And a Dog Called Fig: Solitude, Connection, the Writing Life

Several months after Helen Humphreys’s calm and dignified vizsla Charlotte passed away, she met someone at a park who had known her old dog. The person commented that it must be hard to move on to another puppy after losing such a faithful companion. “I thought what a strange comment that was, really,” Humphreys writes in her latest memoir. “If you have loved someone or something, why wouldn’t you want to love again?”

And a Dog Called Fig is a meditation on the writer’s life and the trusting familiars that have provided support along the way. As Humphreys reflects on the nature of solitude — that fine line between an author’s guarded isolation and loneliness — she considers how she has become attached to one specific breed: the exuberant and immensely loyal vizsla. First she had Hazel, who was “game for anything.” Then came the beloved Charlotte, whom Humphreys describes as “the dog of my life.” And now she begins a new adventure with her chaotic puppy, Fig.

The narrative takes the form of a journal in six sections —”Beginnings,” “Structure,” “Process,” “Setting,” “Pacing,” and “Ending”— which mirror the internal rhythms of Humphreys’s creative process, as well as the experience of having one’s life upended by a new dog. The ruminative account eschews what could simply have been a linear, charming tale of muddy paw prints and chewed-up furniture. Instead, with bounding, curious energy, the book continuously slips between different times and settings, from the arrival of the mischievous Fig to Humphreys’s gentle childhood companion, Lisa, a 150-pound St. Bernard, who accompanied her family when they emigrated to Canada in the 1960s. 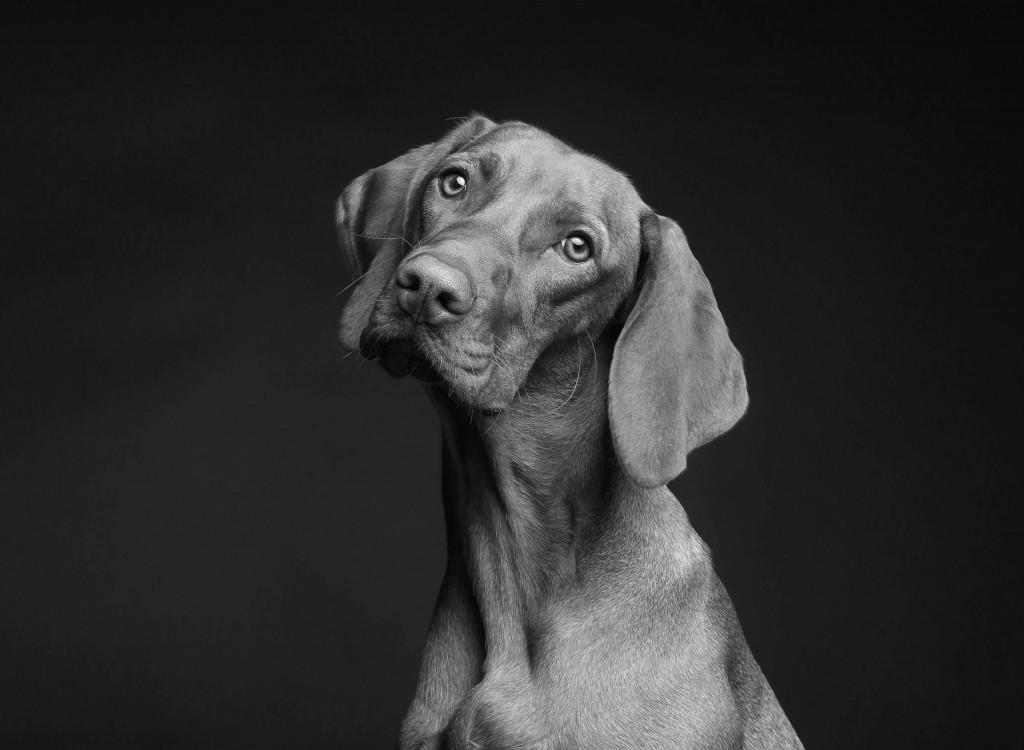 In exuberant and loyal company.
Image by Frank-3; Flickr

And a Dog Called Fig keeps up a steady, winding pace, like a hound with its nose to the ground — a metaphor that the author runs with. “Just as a dog has no trouble moving from one scent trail to another,” she remarks, “so a writer needs to be able to take off on another trail of ideas without worrying that they are heading in the wrong direction.” Having determined that tackling a novel would be too ambitious with a playful young pup, Humphreys aims for a less constraining project. She looks to dogs for lessons on how not to become too fixated on having her own way. “It is more effective to listen to intuition,” she writes, “instead of trying to force your will upon a piece of work.” So too, while Fig initially chafes at her training — especially when treated too much like her predecessor — the relationship improves once Humphreys allows herself to be led.

Like that of a writer, a dog owner’s life is one of ritual and cycle, of paths that must be trodden again and again. When there is the echo of an old friend in a certain trait, or a view that conjures a favourite glade, “it wasn’t so much a memory as an intersection — the two events came together in the same place and touched one another.”

The notion of lives as mutable and unfixed, of experiences all connecting, is a theme that the text returns to often. In a moving passage, Humphreys discovers a real estate listing of the house where her father grew up, in the south of England. When she was in her early twenties, she spent a year living there with her grandmother, a “fairly misanthropic person” who used to breed golden retrievers. Humphreys recalls how she sat for hours at her grandmother’s dining room table drafting her “excruciatingly bad” first attempt at a novel. As she looks through the photographs, many decades later, she sees that the old orchard is gone, and that the house has been gutted, except for the iron-studded front door. “I wonder if there is ever a mysterious scent of apples in the autumn,” she writes, “or if sometimes the new occupants wake to the barking of a dog, and when they rise and go to the window, there is nothing out there.”

Throughout the book, Humphreys reminds us of other noted author-canine pairings: Virginia Woolf and Grizzle, E. B. White and Fred, Gertrude Stein and Basket, Maurice Sendak and Herman. Thomas Hardy’s fox terrier, Wessex, famously walked across the table during dinners and sampled the food off guests’ plates. Pets don’t know their owners are celebrated or important; they do not care for social graces. When Wessex died, aged thirteen, Hardy was heartbroken and composed several poems about his plucky companion.

These creatures may burn bright and lead truncated lives, but a dog’s nature is evergreen. They have a quality that bridges the distance between worlds. In old photos, “the dogs always look contemporary,” Humphreys writes, “because a dog is a dog is a dog, no matter the time and place.” The process of creating requires great vulnerability, as does the act of opening your heart to that which you know will one day break it: “Human beings and dogs are not perfect equations where everything makes sense.” But these incongruities, such as an animal who protects the household but is afraid of thunder, make the most interesting parts of a character.

Humphreys has turned to memoir in the past to understand her life, most notably with Nocturne, from 2013, which explored her brother’s death (he passed away six months before she took Charlotte home). And a Dog Called Fig once again provides an intimate glimpse into love and loss. Anyone who has cared for a four-legged friend or picked up a pen owes it to themselves to join her on these familiar paths, to find joy in the unpredictable and wild.