In recent decades, the global battle for democracy has produced numerous brave, heroic leaders — Václav Havel in Czechoslovakia, Lech Wałęsa in Poland, Nelson Mandela in South Africa — who have overcome enormous odds to defeat dictators and lead their countries into freedom. Until this year, Ukraine had not produced such a leader.

It’s not that Ukraine fell to autocracy after gaining independence in 1991. Indeed, it became one of the freest and most competitive countries of the former Soviet Union. While post-Communist Russia has been led only by Boris Yeltsin and his chosen successor, Vladimir Putin, power in Kyiv has traded hands four times through open and democratic elections. Ukraine has hosted a healthy and contentious media, robust opposition, and strong protections for minority rights. Most recently, in 2019, Volodymyr Zelensky, a political outsider, defeated the presidential incumbent, Petro Poroshenko, with a stunning 73 percent of the vote.

But the forces that brought such success were far different from those in Poland or South Africa. Ukrainian pluralism was driven less by principled activists or dyed-in-the-wool democrats and more by disorganization and discord among corrupt oligarchs and ex-Communist authoritarian elites. Ukraine’s first president, Leonid Kravchuk, was a former ideology secretary who hung on to power by abandoning Communism for nationalism. Kravchuk was known not for his moral constancy but as someone who could “slip between the raindrops.” His main contribution to Ukrainian democracy was that he failed in his efforts to stop or steal presidential elections in 1994 — resulting in one of the former Soviet Union’s first peaceful transfers of power. In the years that followed, efforts to monopolize control were thwarted by infighting within the ruling elite and by opportunistic politicians who repeatedly defected to the opposition. 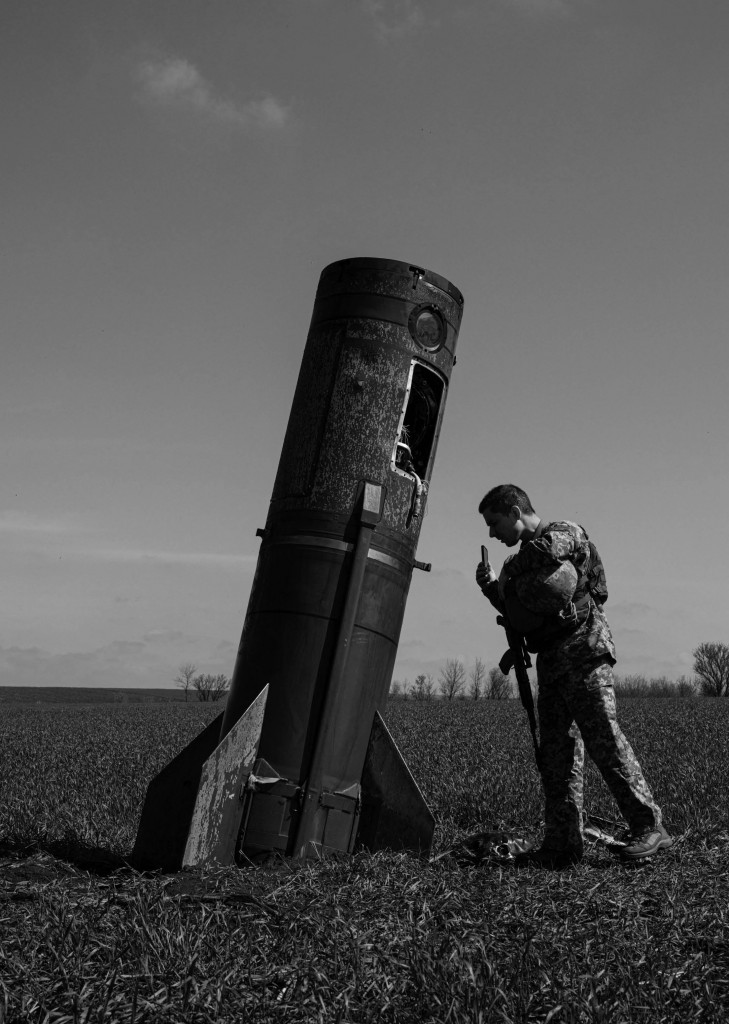 Democracy was also strengthened by splits in national identity. In other parts of eastern Europe, such as the Baltic states, democracy emerged out of a powerful, united anti-Russian nationalism that facilitated the rapid destruction of Communist-era institutions. In Ukraine, by contrast, pluralism was bolstered by divisions between a pro-European, Ukrainian-speaking west that had historically been under Austro-Hungarian rule and a Russian-speaking east and southeast that had long been a part of the Russian empire. These divisions defined politics until the mid-2010s and made it virtually impossible for any one side to impose autocracy. National power repeatedly changed hands between political forces based in the west (1991–94, 2004–10) and those in the east and southeast (1994–2004, 2010–14). Western Ukrainians, the most ardent supporters of independence, provided the backbone of mass protests that ousted pro-Kremlin autocrats; both the Orange Revolution in 2004 and the Euromaidan protests in 2014 were overwhelmingly supported by populations in the west and mostly opposed by those living further from Europe.

While they fostered pluralism, the weakness of authoritarian factions and the internal conflicts generated severe dysfunction. Gutted by corruption, the Ukrainian military, for example, remained more or less intact from the Soviet era and included many officers with close ties to Moscow. The armed forces never expected to fight a serious war — certainly not one with their large neighbour. So when Putin invaded Crimea in March 2014, following the Euromaidan revolution, Ukraine’s military did nothing. It then suffered an embarrassing defeat against a small band of Russian-backed separatists in the eastern region of Donbas.

Such dysfunction almost certainly encouraged Putin to carry out the full-scale invasion that began this February. Indeed, public opinion polls commissioned by his security forces in late 2021 showed that pessimism had enveloped Ukraine. Popular support for Zelensky had plummeted.

Putin failed to realize, though, how much his 2014 attack had helped strengthen and unite the country he was invading. Previously, Russia was able to infiltrate the Ukrainian elite. Putin’s government maintained close ties with pro-Russian parties in the east and could count on having enormous influence whenever these forces were in power. But after Moscow took control of Crimea and helped separatists seize part of Donbas, a significant share of the Russian-speaking electorate suddenly found itself outside Ukraine. Russophile political forces that had been significant contenders for power became national pariahs. Putin was decisively shut out. To an unprecedented degree, Ukrainians closed ranks in favour of joining Europe. By the end of 2021, over two-thirds of them supported entry into the European Union and nearly 60 percent wanted their country to join NATO. Conflict also strengthened the Ukrainian military. The earlier war effectively purged the army of disloyal elements, as many high-ranking commanders fled to Russia; the West, for its part, increased support by providing training and equipment.

Putin’s starkly imperialist effort to destroy Ukrainian independence this year remade the nation into a strong and unified defender of the liberal world order and a potent example for those fighting against autocracy. Instead of fleeing in the face of aggression, Zelensky and his government chose to stay in Kyiv. With two simple words, “Prezident tut” (The president is here), Zelensky brought together a fractious country. His approval rating shot up to 90 percent, and his principal rival, Poroshenko, pledged loyalty.

Ukraine’s struggle against Russia also united a continent that had been consumed by acrimonious infighting since the eurozone crisis and Britain’s decision to leave the EU. Within days of the invasion, European powers and the United States agreed to give Ukraine significant military assistance and to levy the largest penalties ever imposed on a single country.

Most stunningly, the Ukrainian military, which before the war had received about a tenth of the funding of its adversary, beat back efforts to seize the capital and inflicted massive Russian casualties. Ukrainians everywhere — including in the east and southeast — have fought tooth and nail. The war has fundamentally weakened Russia, which has lost about a fourth of its initial attacking force since February.

The fighting continues, yet one thing is already clear. Since 2014, Ukraine has been transformed from a country whose achievements were generated primarily by weakness and division into a powerful and concerted force for freedom. Like Poland and South Africa in the 1980s and 1990s, it has become an inspiration for supporters of democracy worldwide. As one Burmese activist, who has spent ten years in jail, put it, “Ukraine’s victory is a victory for democracy.”

Lucan Way is a political science professor at the University of Toronto and the author of Revolution and Dictatorship: The Violent Origins of Durable Authoritarianism.