We are living in an age of contraction. Driven by digital communications, dominant forms of media are getting shorter. The average YouTube video is, according to the Pew Research Center, twelve minutes long; meanwhile, the average retention rate fluctuates around 50 percent — meaning six minutes is a sweet spot for our hacked attention spans. Brevity is no longer the soul of wit so much as the tiny window through which wit must leap, often to its death.

This seems to be an ideal time for the novella to take a turn in the spotlight. The literary equivalent of a tight half-hour of prestige TV, the novella — a complete work of prose fiction between 15,000 and 40,000 words, give or take — doesn’t get the love it deserves from contemporary publishing. Whereas both the short story and the novel are widely known forms with accompanying expectations, the novella isn’t as familiar. Not many people have marketed one, and few know how to do so effectively. As a result, novellas don’t typically win literary awards or appear on bestseller lists.

Despite this low profile (and because writers and readers often like things that most publishers don’t), the novella endures, flourishing in the scrub. Two scrappy small presses have recent books that display the form’s limitations and possibilities. Jennifer Falkner’s Susanna Hall, Her Book arrives from Fish Gotta Swim Editions, whose mission is to publish novellas that are “a pleasure to read and to hold.” Based jointly in British Columbia and the Netherlands, the venture specializes in books that are otherwise ignored —“because publishers are convinced they aren’t popular enough to invest in.” Naben Ruthnum’s Helpmeet, from the indie press Undertow Publications, has already garnered praise in Canada and the United States for its mix of period detail and body horror. Both books concern illness, loyalty, and death as rendered in a particular historical moment. 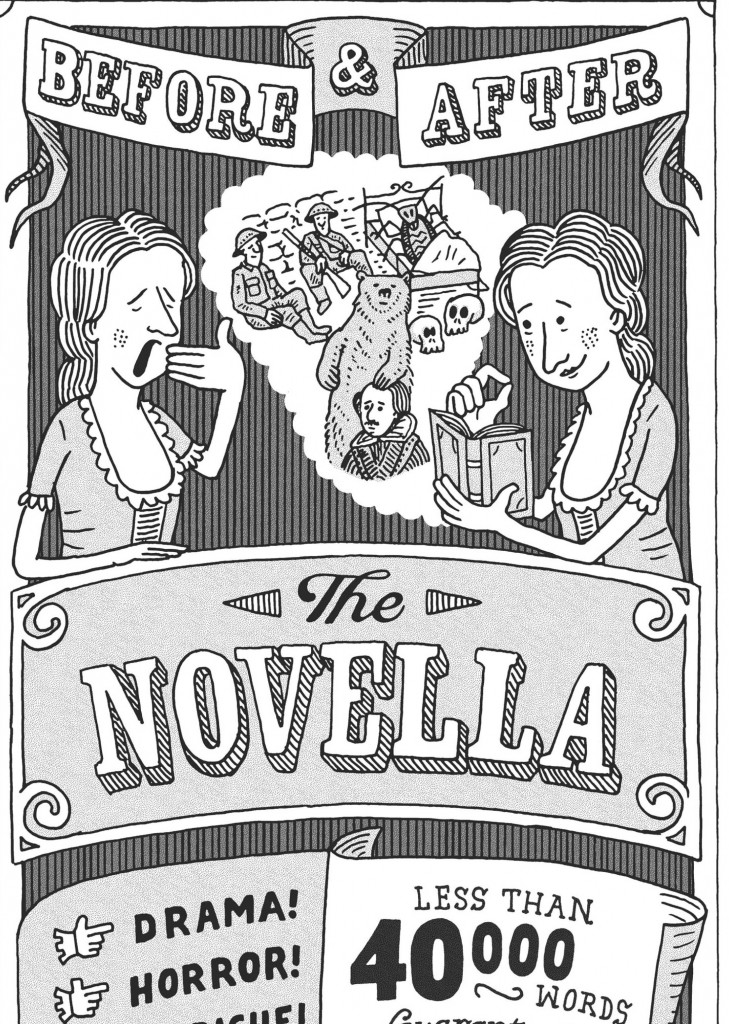 For Falkner, the scene is New Place, the Shakespeare family home in Stratford-upon-Avon. In the summer of 1643, the Bard’s daughter, Susanna Hall, is embroiled in tensions between the monarchy and Parliament. An ambush on the royal carriage has left a boy from the rebel party injured by musket fire, and Queen Henrietta Maria has gone into hiding. Wouldn’t you know it, both of them end up stashed in New Place.

This set-up is a frame for Falkner to explore themes of women’s agency and friendship, grief, and compassion. Old Bill’s ghost is dismissed early, when the queen, ostensibly hoping to organize a masque, insists that Susanna must have inherited her father’s poetic genes. “I was a Shakespeare,” Susanna says, “but since my marriage I am a Hall. The physician’s wife. A widow. Nothing more.”

The book goes on to demonstrate the untruth of this statement, as networks of women working below the registers of faith, class, and nationhood find ways to bond — and rebel. As a device, Falkner spices the plot with recipes from actual “receipt books” housed in the Folger Shakespeare Library, in Washington. Some of them are nearly incomprehensible, more textural than semantic. The enigmatic language is like a code through the story, an unspoken guide to survival in a patriarchy that associates both recipes and enigmas with witchcraft.

Edward Wilk is rotting away, but it’s not syphilis. Something more sinister is consuming him from within, and Louise, his long-suffering wife, is about to find out what. The tale that unfolds — and folds again, in a manner of speaking — is somehow lush and stark at the same time, rich with the stuff that slides tendrils down the back of your neck in the darkness. In his exploration of what it means to love, to care, and to die, Ruthnum draws on the “strange stories” of Robert Aickman, the chamber-piece intimacy of Kafka’s short fiction, and a bit of Jeff VanderMeer’s bio-horror. Like Aickman, Shirley Jackson, and Brian Evenson, he is adept at using occasional bits of striking language to amplify the feeling of unease, as when Edward examines “the dropped petal of skin from his penis, the tiny flake he had balanced on his fingertip,” or when Louise wonders why the lesions on Edward’s legs look like “the incompetent sawings of children into cooked whitefish.” Yet the prose never feels overripe, and the dream it conjures is intoxicating, if a little sickening. All in all, Helpmeet is a fine example of what the novella can achieve with control, efficiency, and a lurid imagination.

It’s probably no accident that neither of these new Canadian works has much to do with Canada. And when looked at through an international lens, short books appear less unusual. Asia has produced some cracking ones lately, including Hiroko Oyamada’s The Hole (from 2014; translated in 2020) and Han Kang’s The Vegetarian (from 2007; translated in 2015; winner of the Man Booker International Prize in 2016). Argentina has given us Samanta Schweblin’s Fever Dream (from 2014; translated in 2017) and Roque Larraquy’s bizarre diptych, Comemadre (from 2010; translated 2018). And while Europe still loves the tome, as evidenced by doorstops such as Lucy Ellmann’s Ducks, Newburyport and Olga Tokarczuk’s The Books of Jacob, small bites have worked for England’s Max Porter, whose three books are like literary liqueur: short, potent drams. In general, the larger world is more welcoming to books of all shapes and sizes than our Big Fiction industry. However, it is worth noting that all of these short titles were marketed in English as novels, despite word counts below 40,000 (The Vegetarian being a slightly longer exception).

It’s hard to get unfamiliar forms to take — in a marketplace or a culture. But an aversion to novellas ignores the legacy of some of the most famous, and infamous, books in Canadian literature. An early example is Charles Yale Harrison’s Generals Die in Bed. Published in 1930 and weighing in at around 36,000 words, it tells the story of a soldier from Montreal who is deployed to France and faces the exhausting realities of the First World War. In its time, it was an international bestseller, but it made veterans angry with its scenes of Canadian troops gunning down unarmed German soldiers. (“Doubtless they are asking for mercy. We do not heed.”) Marian Engel’s tiny Bear won a Governor General’s Award in 1976 and has weathered its four-plus decades remarkably well for a book about a woman who has sex with an animal.

The paucity of novellas on contemporary shelves is more a marketing problem than a literary one. Indeed, for writers bold enough to tackle such a maligned format, there are opportunities. This is where you go to misbehave, to transgress. The best ones illustrate the point: Heart of Darkness (about 38,000 words) gave us Kurtz, birthed Apocalypse Now, and helped shape the counterculture of the 1970s. Kafka’s The Metamorphosis (about 22,000 words) has become a literary meme, Gregor Samsa an eternal metaphor for gross social alienation. Meursault, from Camus’s The Stranger (36,000 words), is not far behind him.

The message these books convey about the novella comes down as an imperative and a dare: Go too far. The market caters to what it thinks readers like, what it thinks they’re used to. Books outside these bottom-line parameters are under-promoted. But a market is not the same as a readership. As the persistence of presses like Fish Gotta Swim and Undertow demonstrates, there are homes for slim volumes that swing above their weight and aren’t afraid to cross lines.

These days, There is a fad of embracing TL;DR —“Too Long; Didn’t Read”— as an approach to the reading life. If you don’t like a book, proponents say, abandon it; life’s too short to slog through something you hate. I’m suspicious of this idea, having found revelation at the end of a few bricks I almost bailed on partway through. Follow the Van Halen edict, I say: Finish what you started.

But if long books can’t hold readers’ attention, maybe the solution is to publish more short ones. Perfect for an evening in, novellas can offer complete, single-sitting reading experiences. Quicker to write, cheaper to print, and perfectly appealing on a tablet screen, they could help sate the industry’s appetite for endless fresh content. And consider one of my favourite activities at a bookstore: scanning the shelves for thin spines. A beautiful tiny gem atop a stack of other books is like a sweet cherry on a sundae. Especially if you display your books, in part, to show off, a few novellas are essential for breaking up long spinal runs of boring giants.

And if, by chance, you lead your unwitting book club to a novella about ursine eroticism or extreme bodily invasion when they were expecting something politer and more familiar, you can always tell them: Don’t worry, this will be quick.

J.R. McConvey is the author of Different Beasts, a collection of stories.