The Life Sentences of Rik McWhinney

Prisoner. Convict. Inmate. Criminal. What’s often missed in this list of terms for incarcerated people — by unconscious habit or deliberate choice — is the foundational truth underpinning everything else: human being. Labels work like walls; they can obscure, separate, and silence. And as with physical barriers, efforts must be made if we want to get around them. In 1995, a CBC reporter visited the maximum-security Edmonton Institution for a story about National Prison Justice Day, when inmates remember those who have died behind bars. He met with a lifer named Rik McWhinney and asked, “Is there anything you’d like to get across to people on the other side about prisoners? About why they should care?” Offered the rare opportunity to speak publicly, McWhinney answered, “I don’t know it’s so much if they should care, but why they may want to care.”

This nuance — distinguishing a sense of obligation from genuine interest, even real concern — pokes at us through penitentiary gates and from the pages of The Life Sentences of Rik McWhinney. Edited by Jason Demers of the University of Regina, this book collects a late inmate’s writings — poetry, grievance forms, letters, interviews — and allows us to somewhat breach the outside-inside divide and access a prisoner’s first-hand experience. It is a portrait of an individual’s suffering and self-creation; a vivid, visceral critique of a flawed system; and a testimony to the importance of relationships and the power of words to harm or heal.

Like so many in prison, Rik McWhinney came into contact with cruelty early. His childhood was knocked sideways by domestic violence, physical abuse at so-called reform and training schools, and the world-tilting injustice of adults being betrayers instead of protectors. Unsurprisingly, he developed a fear and suspicion of authorities, and his lifelong involvement with the penal system started at the age of sixteen. In 1974, at twenty-three, he landed a life sentence for his part in a murder; later he gained a second for a murder he committed inside. In an unsent letter to his mother, he wrote that his “institutional upbringing” was “devoid of all aspects of emotion — save anger.” Now he was caught in an environment boiling with nothing but.

In the mid-1970s, Canada’s prisons seethed with uprisings and protests, and the brutality of solitary confinement was being tested in federal court. (Recently, constitutional challenges and successful class-action suits against administrative segregation — scrapped in 2019 as part of Bill C-83 and replaced with “structured intervention units”— have continued the legal fight.) During more than three decades of incarceration, McWhinney spent sixteen years altogether in solitary’s various guises, and his writing pulls us into that trauma-compounding hell, where self-mutilation with a rusty blade meant a trip to the nurse’s station and a few moments of human touch. “It is a story of bitterness, tears, and insanity,” McWhinney once said in a speech. “Of slashed flesh and hanging bodies. Of broken dreams and broken men, reduced to the shrunken world of madness and despair.” As Demers succinctly puts it, “Prison has the capacity to make monsters of men.” Readers will ask themselves, Is that our goal? 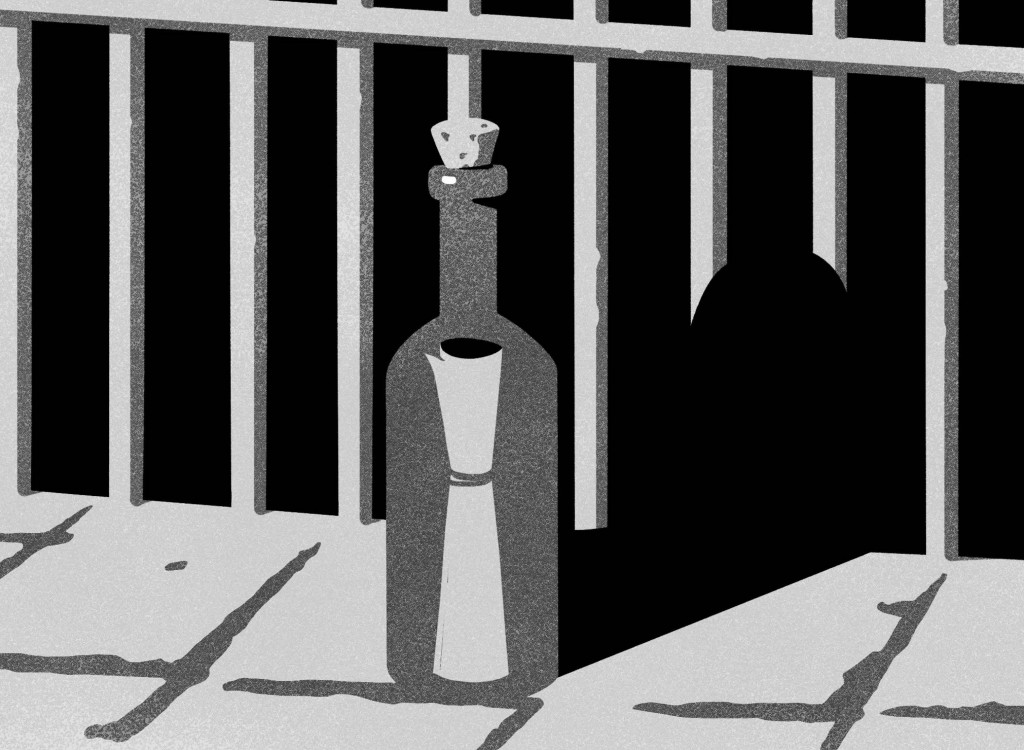 Reaching out with dogged determination.
Image by Min Gyo Chung

The Correctional Service of Canada’s stated mission is to contribute to public safety “by actively encouraging and assisting offenders to become law-abiding citizens, while exercising reasonable, safe, secure and humane control.” McWhinney’s writings chronicle dysfunctional conditions, including violence from other inmates (stabbings, beatings) and from himself (self-mutilation, suicide attempts). More subtly, they describe a troubling reality within the system: false information put into a prisoner’s file, non-consensual drug-based aversion therapies, delayed grievance responses, the withholding of medical diagnoses and treatments, involuntary transfers that separate inmates from family members and educational opportunities, and more. In letters to wardens and politicians, McWhinney cited specific directives — often with the page, section, and paragraph — that prison staff or administrators themselves violated. “It negates,” he wrote to a district director of parole, “the very title it carries: the Correctional Service itself, reducing it to an unambiguous misnomer and a glaring paradox. False file information sets in motion a chain of events that serve to alienate & polarize the prisoner that the system claims to assist and correct. A system both unwilling & unable to correct itself cannot assist or correct the prisoner.”

Despite the damage done by the prison setting, McWhinney found grounding and direction through writing. He also channelled his anger into advocacy, for both himself and others, as he worked on restorative justice programs, peer counselling, HIV education, and animal welfare initiatives. He sat on committees, attended conferences, and sent many, many letters. His poetry, while sometimes saddled with clumsy rhymes and clunky metre, resonates with truth, unexpected playfulness, and dark humour. “Bowden your victims need closure not the library,” he observed in “Fear & Loathing in Bowden.” Later in life, he spoke about his experiences in churches and classrooms. He wanted, Demers explains, to “change people’s minds about an institution they took for granted.”

Demers’s research interests include the literature of social movements, social and political thought, and law and narrative. In 2012, he met McWhinney, who had secured conditional release in 2007. As an English professor, Demers recognized the importance of McWhinney’s written portfolio as a “personal, documentary history”— a counter-text to official narratives. As a human being, Demers recognized someone who had suffered prolonged systemic injustice and came out with a desire to raise awareness — and a desire to be heard and seen as more than his past or his labels. Demers listened to McWhinney, who died in 2019, until the end. Part of the book’s power lies in inviting us to witness the impact their friendship had on them both.

On its cover, Demers’s name appears in relatively small type, but his contributions should not be minimized. He organized the diverse material into thematic sections and added an opening essay, chapter introductions, and substantial endnotes that provide valuable context on Canadian penal history as well as on shifts in societal approaches to crime and, therefore, punishment. His writing balances research with respect for McWhinney as a person as well as passion for the rights of incarcerated people generally and concern for the community that eventually takes them back. Demers’s engagement is rooted not in obligation but in the type of genuine interest and care that McWhinney sought so many years ago. The Life Sentences of Rik McWhinney is a rock thrown squarely into the still waters of what Demers calls a “culture of indifference,” which allows society to forget or ignore that the incarcerated are first and foremost people.

Discussions of prisoners’ rights can be polarizing — and so can discussions of their written work. When the bank robber and Stopwatch Gang member Stephen Reid won the City of Victoria Butler Book Prize in 2013, for the essay collection A Crowbar in the Buddhist Garden, published while he was still in William Head, the local paper’s opinion pages lit up with reasons why the book shouldn’t have been printed, much less given a prize. I can fully understand why victims of crime and their families might give such works a hard pass. But there are many reasons why some of us may want to read them closely. Whether it’s childhood abuse in families and schools or the violation of human rights in prison, the harm cycles back to us all. “These are the practices we condone,” Demers warns here, “when we don’t have the time to listen to other people’s stories.”

Amy Reiswig has a book column in Victoria’s Focus magazine.