Lifesavers and Body Snatchers: Medical Care and the Struggle for Survival in the Great War

Not even a pandemic can slow down one of Canada’s great military historians, Tim Cook. The best-selling author of Vimy: The Battle and the Legend and Shock Troops, which won the Charles Taylor Prize for Literary Non-fiction in 2009, Cook spent his lockdown producing a comprehensive account of the “entwinement of the fighting units and the medical services” during the First World War. He had been researching aspects of the Canadian Army Medical Corps for years, but the combination of a global crisis and a personal health scare appears to have been the impetus for his latest excellent and provocative work.

Lifesavers and Body Snatchers: Medical Care and the Struggle for Survival in the Great War is three stories woven together. Perhaps the most compelling is the first one, about the lifesavers: the over 20,000 individuals who served in the CAMC between 1914 and 1919. That number included about half of the doctors and one-third of the nurses in the country at the time. The second story is a detailed retelling of Canada’s wartime experience through the lens of medical science. Cook combines his military expertise with an impressive grasp of the evolution of modern medicine in the early twentieth century to demonstrate how the Great War transformed Canadian society. Finally, there is the never-before-told story of “the military’s snatching of body parts for medical study.” The revelation — based on over twenty years of archival research — that Canadian scientists harvested the body parts of some of the country’s fallen soldiers without their consent is certainly demonstrative of Cook’s skill, resilience, and determination as a scholar, though it may not quite be the “unthinkable horror that traversed all boundaries of societal norms and decent behaviour towards the dead” that he makes it out to be.

I have taught senior military personnel at the Canadian Forces College as a civilian academic for over fifteen years, and a number of doctors, dentists, and nurses have passed through my classroom. I have always been intrigued by their decision to serve and have long admired their ability to bridge two unique professional cultures. But until reading Lifesavers and Body Snatchers, I had never fully grasped the scope and depth of their responsibilities to the defence of Canada and Canadians.

For the medical professionals who headed to Europe, healing the wounded was the easy part of the job, especially for those who had spent much of their career in the civilian world. Triaging those in need of assistance would have been stressful, especially when some soldiers had to be left for dead, but medical professionals had trained for such work. Determining “who was legitimately unwell and who was faking it” to avoid returning to the battlefield during the daily sick parade was a much different task. As Cook explains, it meant balancing “the desire to follow the Hippocratic oath of doing no harm to patients and the challenge of squaring that with the officers’ oath to the army that they would do their duty.” Medical officers were revered by the troops, but they were also often resented for “keeping sick soldiers in the line to continue to serve.” 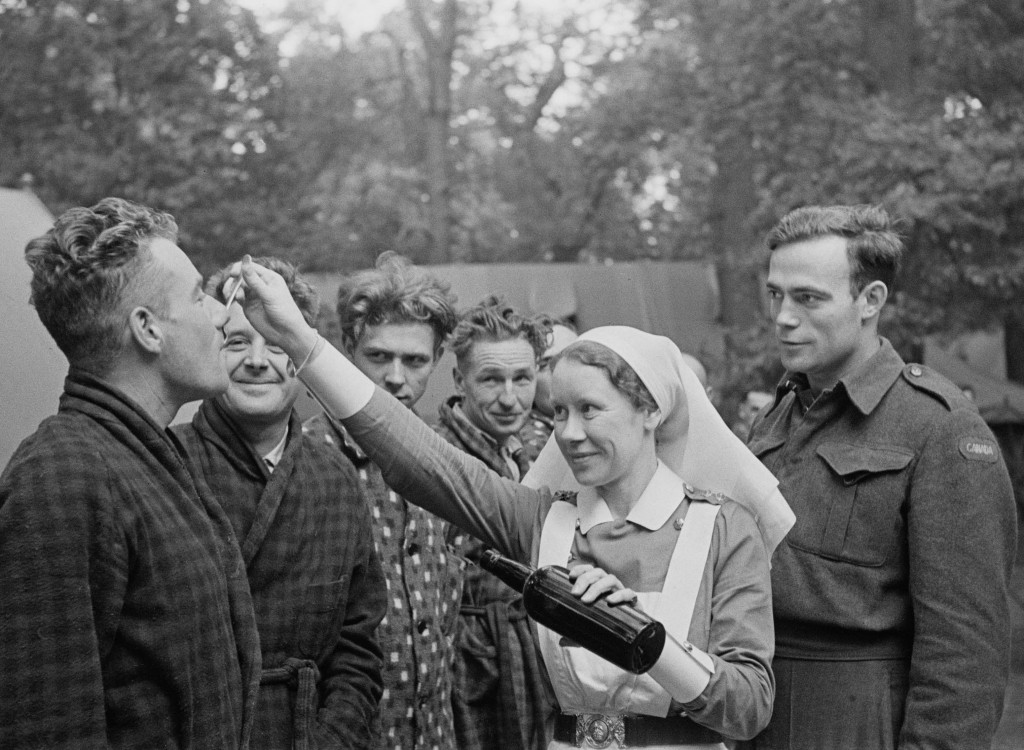 No matter how they were perceived, members of the CAMC contributed to a series of critical advancements in surgery, preventive medicine, and public health awareness from which all Canadians ultimately benefited. Cook is at his best in describing in vivid and meticulous detail the evolution of the science of blood transfusions, vaccinations, and emergency surgery. He advances at least one indisputable argument: while no medical practitioner would ever hope for war, “not a single one could have avoided the conclusion that this brutal classroom taught them important lessons that forged a legacy of care for future generations of Canadians.” I’m less convinced by his claim that the harvesting of deceased soldiers’ body parts to improve medical science “is a revelation that shakes the core concept of the sacred honouring of the fallen.”

To this day, too many Canadians struggle with the concept of consent. That Ottawa failed, over a century ago and in the middle of a world war, to secure permission to extract body parts, organs, and skeletal remains from slain Canadian soldiers — before sending them to London to be studied and displayed — neither surprises me nor disturbs me nearly as much as it does Cook. Perhaps that’s because I have contemplated donating my own remains to research, or perhaps it’s because, as Cook admits, “enlistment in the Canadian Expeditionary Force gave the army control over a soldier’s body” and all that such control entailed. If a fallen soldier’s remains could help defeat the enemy, it’s hard to believe that too many would have objected to their use. (Admittedly, their families might have felt differently.)

“Medical practitioners were forced to carry an emotional weight as they fought to save lives and bore witness to untold misery,” Cook writes. “It was said that no one could understand war without first setting foot in a military hospital.” I take the point. Nonetheless, reading Lifesavers and Body Snatchers certainly brought me closer to such an understanding than I’ve ever been. It is a terrific book by a first-rate historian.