Return: Why We Go Back to Where We Come From

Son of Elsewhere: A Memoir in Pieces

Kamal Al-Solaylee arrived in Toronto in April 1996, having already left England, where he was educated, Lebanon and Egypt, where he was raised, and Yemen, where he was born. Looking back, twenty-five years later, he describes how he came to “see Toronto (and Canada) as my homeland.” He “revelled” in the city’s kindness and the opportunities it afforded. “I called it my ‘sanctuary,’ a good place to be brown.” And as a gay man in the Golden Horseshoe, Al-Solaylee no longer had to imagine an “unled life,” because, he explains, “I finally had the one I wanted.”

Eventually, though, Al-Solaylee’s comfort with his new-found homeland began to change — especially with the rising belief in the so-called great replacement theory among the far right, with such popular Conservative slogans as “Take Back Canada,” and with the pervasive influence of bigoted rhetoric coming out of Donald Trump’s White House. “In the past five years,” he writes in Return: Why We Go Back to Where We Come From, “I’ve experienced more incidents of racism on the streets of Toronto, at work, in interactions with friends and on mainstream and social media than I had in the previous twenty.” The city — and the country — began to feel less safe and secure. Whereas Al-Solaylee had earlier thought of Toronto as the place where he would die and be buried, he now found himself yearning for his father’s mountain home on the outskirts of Aden, Yemen. Could he reclaim those ancestral roots for himself?

Return is structured almost like a thought experiment: here are some of the things you might take seriously if that racist and xenophobic slam “Go back to where you came from!” is thrown your way. As he develops this intellectual exercise — and considers the various things that returning entails and implies — Al-Solaylee relies on interviews with many who have gone home themselves, to Spain’s Basque Country, Jamaica, Northern Ireland, Taiwan, Ghana, Israel, and Palestine. But if readers expect an emotional and rapturous tale of the author’s own going back, they may well be disappointed. Although the book contains poignant reminiscing, sociopolitical exposition, and at times thoughtful contemplation, the homecoming journey that’s teased by its title never comes to pass. (Since publication, Al-Solaylee has left Toronto, but to serve as the director of journalism, writing, and media at the University of British Columbia.) 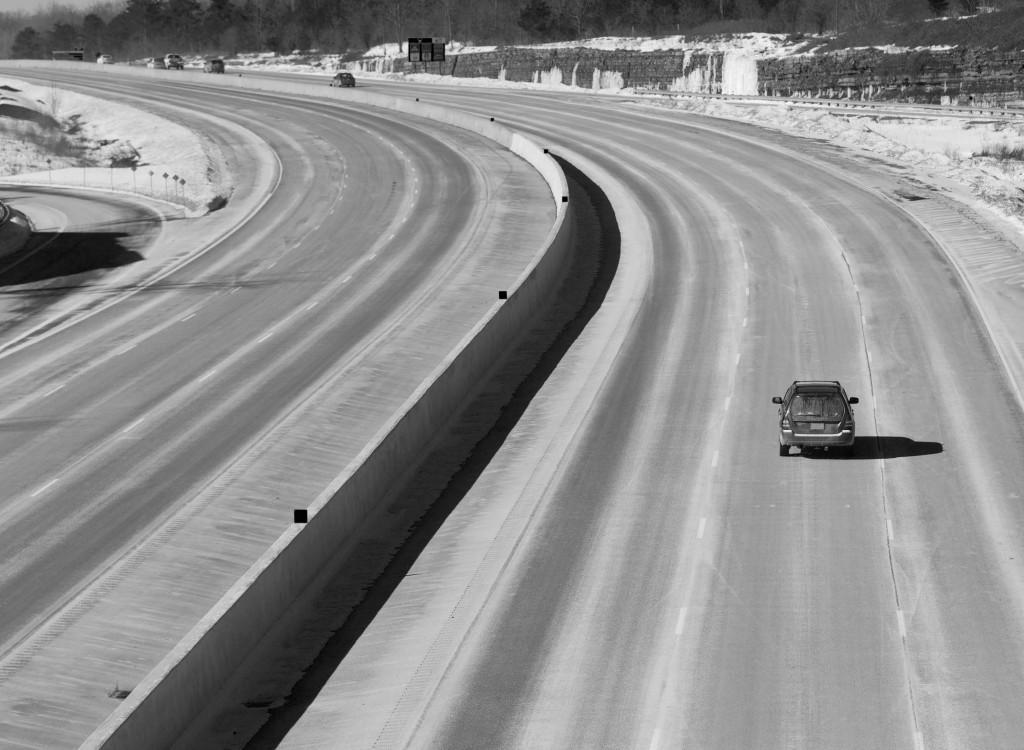 An unexpected source of narrative structure and cohesion.
Image by Lars Hagberg; Alamy

In touching down here and there around the globe, Return attempts to thread a number of geopolitical needles — not always successfully. Al-Solaylee hedges on the tensions between Palestine and Israel, for example, and he reinforces stereotypes of Jamaica as a dangerous place: “Window grilles, CCTV cameras and twenty-four-hour security patrols are common — at least in the more exclusive gated communities — but they don’t eliminate the risk of being murdered in your own home.” A cohesive argument fails to emerge in these pages, which instead become a grab bag of striking images and rhetorical souvenirs. And while Al-Solaylee’s research is detailed, extensive, and replete with facts and figures, his interview subjects blur into an indistinguishable mass of nostalgia, pride, and regret. Rarely do the many prodigal sons and daughters come across as fully formed, distinct, or captivating; rather, they seem to parrot Al-Solaylee’s own apprehensions, hopes, and fears. And that can make it hard to care about them as individuals.

Yes, Return has received ample praise since it came out late last year. But especially for readers who may be missing another land — or contemplating whether they should or could go back to it someday — this work is unlikely to furnish new arguments or insights for considering their own next move. Perhaps the episodic approach would have worked in a series of newspaper articles. In book form, however, it comes across as disjointed and oddly paced.

At one point in Return, Al-Solaylee recounts how he had lost some linguistic ties to home. As a younger man, he searched for the words that could reflect his burgeoning sense of his sexual identity. “I didn’t see being gay as an experience that could unfold in Arabic,” he writes. “The language lacked the vocabulary and the textual resources to help me find out who I was, who I chose to love or sleep with.” In his late teens, he “made it a point to stop reading or listening to Arabic, to speak it only when necessary and to upgrade English from second to first language.”

Elamin Abdelmahmoud also describes a linguistic slippage in his debut, Son of Elsewhere: A Memoir in Pieces. Abdelmahmoud struggles not with his Arabness or sexual identity but rather with being Black — a label that fit him strangely when he moved from Sudan to Kingston, Ontario, as a twelve-year-old. “Part of the reason it was so hard for me to compute that I was now Black in Canada was because I grew up with my primary identity being Arab,” he writes in his titular chapter.

Young Abdelmahmoud lived in the capital city of Khartoum, where Islam is the major religion and where many residents cast darker-skinned Christians, especially from systemically impoverished southern regions, as Black. “The elaborate racism of the Northern elites often excluded Southerners from the job market, from housing, from security,” he writes about one of the many legacies of colonialism. “Casually, we’d call Southern Sudanese people living in the North horrifying names like abeed, or ‘slaves.’ ” As a construct for oppression, Blackness is complicated, with contours that shift with location. “Am I still hesitant to own that I am Black,” Abdelmahmoud asks rhetorically, “still protective of an aspirational proximity to whiteness?” The sincerity of his thinking on the subject is piercing. “The short answer is ‘maybe.’ The long answer is that I am still discovering the ways I learned to hate myself.”

Whereas Al-Solaylee’s immigration story has elements of that rosy, welcoming picture of Canada pushed by Ottawa (at least initially), Abdelmahmoud writes of challenges from the very start. “Kingston is not the easiest place to settle as a new immigrant. It’s not exactly a gentle introduction to a new land.” Almost immediately after he arrived in the early 2000s, he experienced feelings of profound dislocation: “The whiteness was overwhelming.”

“As a construct for oppression, Blackness is complicated.”

Not yet able to read English, Abdelmahmoud and his mother came to Canada by way of Toronto’s Pearson International Airport, where they were met by his waiting father. “He held my face in his hands for what seemed like an eternity, as though his brain was, in real time, replacing the photos he was sent from Sudan with the real thing.” Then came a three-hour drive east. “I met the highway first,” he writes of southern Ontario’s major throughway, the 401.

Fittingly, the 401 gives structure and cohesion to Son of Elsewhere. Abdelmahmoud returns to it again and again, with five interspersed chapters titled “Roads” that unify the text. It is on the freeway that he discovers himself, that he feels at home. “The first friend I ever made in Canada was the highway,” Abdelmahmoud writes. “Before the boy with the Xbox in one of the basement apartments, before the skater kids with the baggy jeans who let me hang around them in the schoolyard, before the Christian kids with toothy grins.” Later, the 401 carried him away from a childhood embarrassment and delivered him to a childhood crush, a connection that would eventually lead to a long-term relationship that placed considerable strain on his family.

Throughout Son of Elsewhere, the 401 — lined with memories just as it is with asphalt — symbolizes both growth and transformation. “I trusted the highway to help me pull off this plan,” he writes of trying to see “the sickly love of my life” without his parents knowing. “And the highway came through.” In this and other passages, Abdelmahmoud summons all the magic of a quotidian but nonetheless powerful piece of infrastructure as he tries to understand and explain his evolving identity.

Given the proliferation of memoirs — written by everyone from the truly eminent to the truly D-list — it is rare to find new examples that can actually surprise readers with raw vulnerability. But Abdelmahmoud’s book does just that as it soars with humour, sharp commentary, and unexpected analysis.

Throughout, Son of Elsewhere resolutely rejects monolithic conceptions of Blackness. When it comes to music, for example, Abdelmahmoud turns many expectations on their head. Rather than obsessing about “urban” genres —“But if not toward Ja Rule, then toward what?”— he writes poetically of country and nu metal as being sources of solace and healing. At one point, he describes a visit to the Country Music Hall of Fame and Museum in Nashville, Tennessee: “It is, by default, a genre born of longing. It is music born of people looking for a new place to call home, while trying to remember where they came from.” He also recalls struggling to find a way to explain the exhilaration of nu metal to his mother: “What’s Arabic for ‘mosh pit’? What’s Arabic for ‘I know it looks like disorder, but a good mosh pit will keep you safe and protect you’? In there, the music is always two notches louder than your anger.”

Son of Elsewhere is littered with poignant and beautiful turns of phrase, but Abdelmahmoud’s evocative prose may be at its strongest when he takes us back to the September 11 attacks and the impact that eventful day had on his life and his growing sense of self. Recently, many writers of colour have attempted this very thing — to the point that such 9/11 reflections, especially when crafted for non-Muslim audiences, are a little overdone and rote. But Abdelmahmoud gifts readers with a truly wonderful chapter that braids observations about the hate mail he has received as a Muslim journalist with thoughts on the Egyptian soccer player Mo Salah.

Abdelmahmoud’s writing doesn’t always succeed. On occasion he relies too much on clichés and hasty pivots. But for readers seeking to better understand what it means to grow up as a multi-hyphenated Canadian — and who wish to avoid sermonizing texts that take themselves too seriously — Son of Elsewhere is an excellent on-ramp.

Mobólúwajídìde D. Joseph is pursuing a master’s in geography at the University of Toronto.