Half a century ago, the historian Carl Berger published The Sense of Power: Studies in the Ideas of Canadian Imperialism, 1867–1914. This was a remarkably fascinating foray into a rather fallow field, Canadian intellectual history. Since then, the field has become far more fertile, with more Canadianists identifying as intellectual historians and with more Canadian scholarship showing an awareness of the European and, latterly, global history of ideas.

The subtitle of Berger’s book indicated its subject: imperialism. Given the growing attention to post-colonial and subaltern studies in recent years, there has been a resurgence of interest in this subject, with a notable shift away from the colonizers to the colonized. Current culture wars about statues, commemoration, and the significance of such figures as Cecil Rhodes, Egerton Ryerson, and Sir John A. Macdonald tend to turn on an assessment of whether nineteenth-century empires — the British one included — were, in utilitarian terms, net improvers of the world or the opposite. What comes under fire in particular is what the sociologist Norbert Elias called “the civilizing process” among peoples who didn’t necessarily wish to be (re)civilized along European lines, as well as the actions of politicians and intellectuals who supported it. Some supposed advancements were perhaps well-intentioned but ultimately ill-judged; others were clearly hostile from their very inception. The jury on one such case, residential schools, has understandably found little good in that project, and even without succumbing to “presentism,” it’s hard to disagree, given the evidence of nameless remains on former school grounds.

E. A. Heaman’s lengthy and important new book engages with imperialism, colonization, residential schools, oppression, conquest, and much else in a Canadian context, but its overarching concept is that of civilization. More balanced in its assessment of imperial ambition and colonial folly than some other critiques — the author issues an early warning to fellow progressives not to erase their own history and damn virtually every prominent European figure from the past quite as eagerly as they seem to do — Heaman’s tome of over 600 pages, including over 100 pages of endnotes, resists simple binaries of heroes and villains. 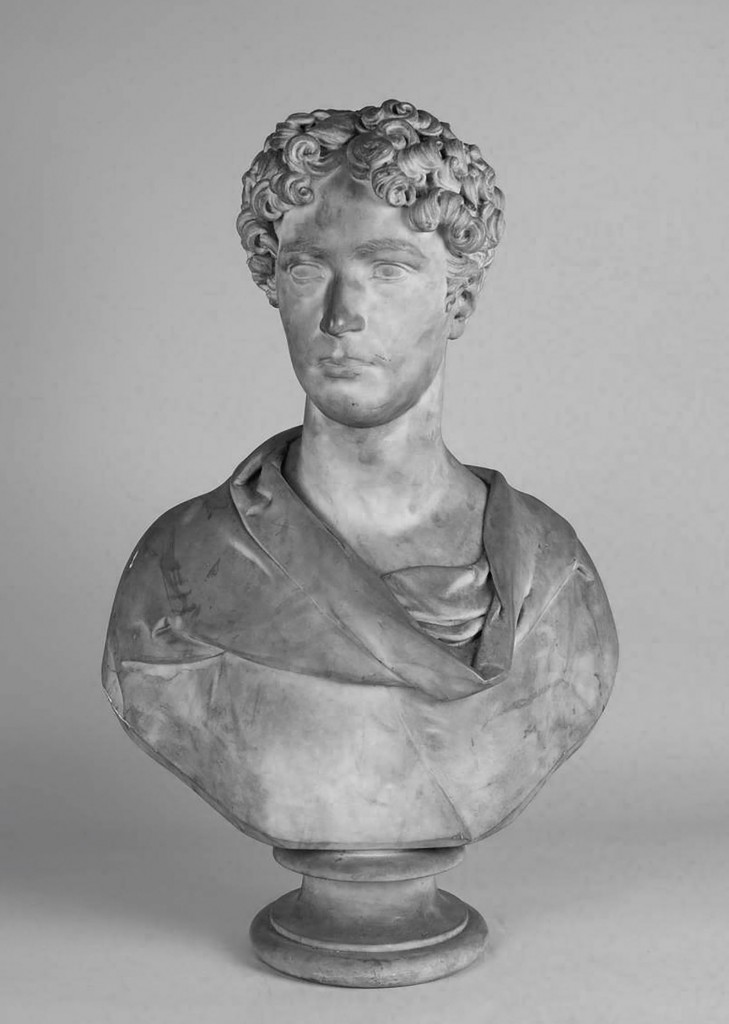 Civilization: From Enlightenment Philosophy to Canadian History features a few heroic if flawed figures, along with more ordinary civil servants and politicians trying to do right. There are no arch-villains, though some among the colonial elite don’t come off especially well. “I ask whether civilization was better understood as force majeure or a check upon it,” Heaman writes in her introduction. “Whether civilization should be self-civilization or whether the strong should tutor the weak.” A major sub-theme of the book is the gradual emergence of public opinion, rather than force, as the dominant factor in obtaining the consent of the governed; public opinion would prove in many cases an intractable obstacle to nobly motivated reforms hatched in government offices by a well-educated and enlightened political and bureaucratic class.

A conventional study of “empire” in Canada could start with one of several familiar dates: Jacques Cartier’s arrival in 1534, the Battle of the Plains of Abraham in 1759, the ensuing Royal Proclamation of 1763, or the Act of Union in 1840, for example. The British North America Act of 1867 redefined “Canada” as a dominion still firmly nestled within England’s warm imperial embrace. These events figure in Heaman’s study, but the first third of her book looks instead to the history of ideas, specifically Enlightenment ideas of civilization and what became of them in the more reform-minded, but in many ways less enlightened, nineteenth century. (In a welcome turn, Heaman avoids the most simplistic critiques of the Enlightenment — too often conflated with its nationalistic, historicist, and scientific aftermath — as the fount of all modern evil, when in fact much of the most noxious legacy of imperialism and modernization came after 1789.)

The central figures of this early section are the leading British philosophers and social commentators of the eighteenth century, above all David Hume. The great Scottish thinker was also the highly successful historian of a United Kingdom still consolidating in the wake of its own act of union in 1707, while undergoing dynastic change, Jacobitism, and the emergence of a “polite and commercial” society, as William Blackstone put it. Against Hume’s version of civilization, with which Heaman broadly sympathizes, is juxtaposed that of a colonial voice, Benjamin Franklin, whose idea of the civilizing process had a sharper edge. Along with a later figure, Sir Francis Bond Head, the traditionally lauded founding father comes as close to being a heavy in this story as anyone, especially in a chapter on “gendering civilization.”

Hume and Franklin might be considered the poles around which the rest of the book turns: originators of the different courses that British North America and its soon to be independent southern neighbour took in bringing civilization to minorities, both Indigenous and transplanted. As bad as Canada’s record on Indigenous matters is, we have fewer “the only good Indian is a dead Indian” types than the United States; our canny first prime minister, a flashpoint of the current history wars, was, for all his Britanno-Scottish racism, no Philip Sheridan or Andrew Jackson. Indeed, officials, whether in Westminster, Montreal, Toronto, or Ottawa, saw themselves as a restraining influence on the worst aspects of empire, as practised by the business sector, the railroads, and settlers in search of land. Assimilation of both the Québécois (Gallic and Catholic, but at least white and European) and Indigenous populations was undertaken in part as a protective measure on behalf of these same groups, and civilization was the means by which both goals could be achieved. That some of these measures went horribly wrong might have been foreseen but mainly wasn’t.

The middle section of Civilization narrates the transition from Enlightenment philosophy to Victorian empire. In doing so, it takes an unusual form: a detailed analysis of three reports, issued by Henry Charles Darling in 1828, by the Earl of Durham in 1839, and by Sir Charles Bagot in 1844. Instructed to draft his report by the Colonial and War Office in London, Darling was deeply skeptical of the empire’s capacity to impose restraints on settlers, especially on the frontier. Instead, he saw great merit in Indigenous self-civilization, including, for instance, the Ojibwe chief Peter Jones’s conversion of many of his community to Methodism. In other words, the colonized could be willing agents of their own assimilation. This approach extended beyond Indigenous people to the Canadiens, some of whom were ambivalent toward, rather than outright hostile to, Anglo dominance.

“That some of these measures went horribly wrong might have been foreseen but mainly wasn’t.”

The cantankerous administrator Lord Durham, governor general of British North America after the 1837–38 rebellions, seems not to have read Hume very closely and thus had greater confidence in a classic Lockean vision of property as a stabilizing influence. He did not, Heaman notes, pay much attention to the “messy way that property became property.” In Hume’s view (and that of Hobbes, a century earlier), that messy process happened generally through aggression and violence. (The Québécois historian François-Xavier Garneau, whose history of French Canada was intended to “debunk” Lord Durham’s report, simultaneously criticized British imperialism while nonetheless admiring English middle-class values and British constitutional arrangements.)

Sir Charles Bagot arrived as governor general in 1842. Responsible government was achieved under his tenure, but it was also the period when the residential school system originated. Bagot’s report was mainly the work of the interestingly named statistician Rawson W. Rawson, and it was perhaps the latter’s vision more than any other that shifted Enlightenment attitudes about civilization firmly toward assimilation. The social sciences, influenced by utilitarianism, statistical science, and conventions of normality and deviance, were also emerging at the time. All of this ferment would eventually open the door to Galtonian eugenics theory, though Rawson saw the issue of civilization through a sociological, not racial, lens. This section concludes with Heaman pointing out the Oliphant in the room — the peripatetic Laurence of that name. During his time supervising the Indian Department, “direct Indigenous relationships with the British crown were severed and a Chadwickian machinery of governance through austerity and physical coercion began.”

Heaman titles her book’s final section “The Civilizations of the Canadas”— and the plurals are important. Here she focuses on how the trends identified in her first two sections unfolded during and after Confederation, and again she makes use of a triad: the Quebec legislator and civil servant Joseph-Charles Taché, the Toronto historian Daniel Wilson, and John A. Macdonald himself. They were near contemporaries, and all lived through another key change in nineteenth-century intellectual life: the transition in historical writing from the genteel Enlightenment or romantic approach to the more professionalized academic model that, in its broadest contours, survives today.

The historiographic shift began in Germany, rapidly spread throughout Europe between the 1840s and the 1870s, and eventually came to the rest of the world, colonized and uncolonized, while the reading and writing of history was achieving its peak popularity, in an era of cheaper printing and mass literacy. Another shift occurred in parallel: away from the kinds of universal values championed by Enlightenment historiography toward a greater focus on nation, language, and ethnicity. In her final three chapters, Heaman demonstrates that Taché, Wilson, and Macdonald, all in their own ways “masterly wielders of history,” spanned the era of this change. Old enough to have been reared in the romantic tradition of historical writing associated with Sir Walter Scott and sympathetic in varying degrees to democratic reform, each made efforts toward Indigenous enfranchisement, a project that failed because none of them could confront the major obstacle to it: the lack of protections for Indigenous property rights.

As a piece of historical writing, Civilization hovers somewhere between the conventionally academic and the moderately accessible. Heaman’s style can be chatty and informal (she is fond of contractions) but also heavily erudite. Most of the inaccessible jargon that mars some humanities scholarship is absent, though she is rather attached to certain words, notably “liminal.” Her prose is brisk, often favouring short sentences. Sometimes the transitions and subject jumps can be a bit jarring: a single page, for example, includes Hume, Catharine Macaulay, Adam Smith, Jeremy Bentham, and Michel Foucault. And some of the references are obscure. (I, for one, missed the point of the sentence “Cue Scott Joplin’s ‘The Entertainer,’ ” which immediately follows a perfectly ordinary clarification of a point in Tocqueville.) But there are also some strikingly quotable turns of phrase, such as “Canada was the country that talked itself into existence and that has always seemed in danger of talking itself out of existence” and “To put down the master’s tools is to re-arm the master.”

In a brief conclusion, Heaman sums up her arguments, by harking back to Hume once more and by engaging Shakespeare (through The Merchant of Venice) in an extended comment on the position of minorities and identity politics, two issues with significant resonance today. For all the flaws of the civilizing process and its great nineteenth-century errors and failures, she lands firmly on the side of civilization’s value as both a concept and a language — although perhaps we could discard it if we had something better. I’m inclined to agree that, despite its faults, we haven’t yet improved upon our Enlightenment predecessors’ work. But, as Civilization demonstrates so well, a lot depends on who does the civilizing, to whom, and how.

Daniel Woolf is a professor of history and principal emeritus at Queen’s University.