When I was a young boy, Thornton W. Burgess was published in the Saturday Montreal Star, which was available in the village where we spent summer holidays. Burgess, an American conservationist, wrote children’s stories about the creatures in a patch of forest and field: Jimmy Skunk, Sammy Jay, Bobby Raccoon, Grandfather Frog, and a host of others. The dramatic tension often revolved around the threat of a hunter, which terrified the folk of the woodland and wetland where the tales took place. I have occasionally wondered if this immersion in a juvenile version of an animal rights narrative was the beginning of my lasting revulsion at the idea of killing wild animals.

This revulsion is not universally shared. According to Quebec’s Ministère des Forêts, de la Faune et des Parcs, there are 408,000 licensed hunters in the province — almost a third of the 1.3 million in all of Canada. During the hunting season, it is not unusual to spot the carcasses of moose or deer strapped to the roofs of cars. I have seen men with shotguns standing near the boundary of the park at Cap Tourmente, near Quebec City, firing on the snow geese that gather there in the thousands every fall. And magazine racks bulge with titles like Aventure chasse pêche and Sentier chasse-pêche.

What is the thrill? With La grande expérience de la chasse, the journalist Luc Chartrand recounts what drew him to the sport — and what continues to get him excited at the prospect of tracking deer in the bitter cold. “It is harder to explain it than to live it,” he admits. But he tries to explain it to friends anyway. Some of them are opposed to hunting entirely; others are indulgent and amused, even envious. “Hunting is based on this perpetual motion of dreams transformed into action, sometimes resulting in catches . . . and often resulting in nothing. And it all begins again!” 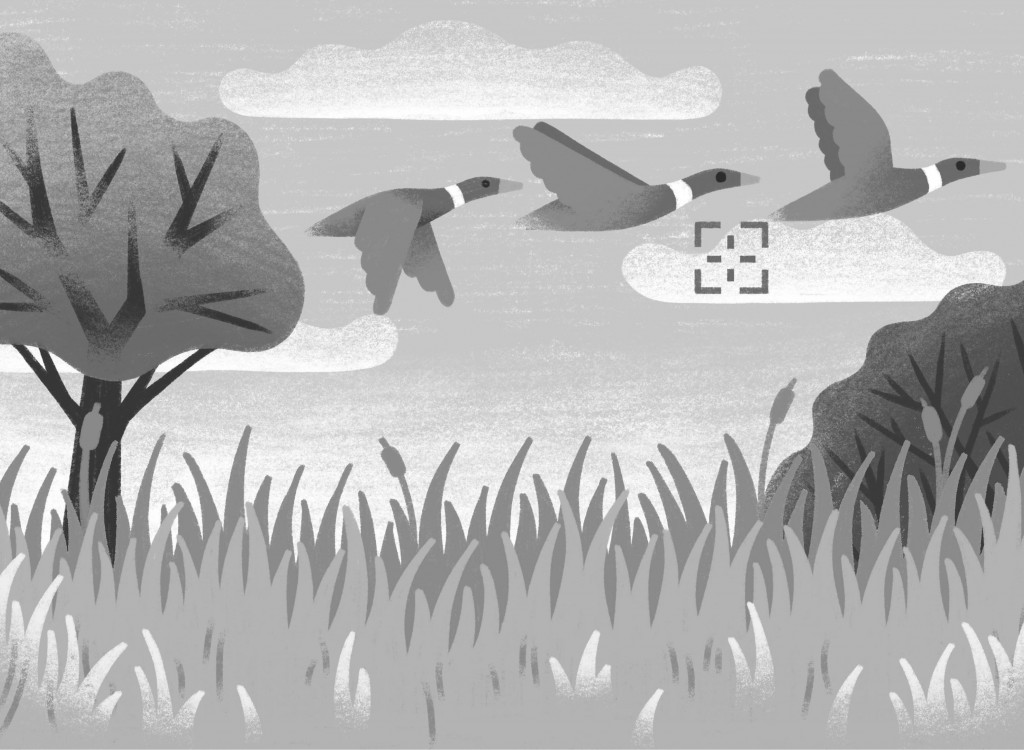 An award-winning journalist aims to capture a primordial thrill.
Image by On the allure of the hunt

Chartrand blends his almost breathless account of the excitement of the hunt with quotations from philosophers (like Ortega y Gasset and Mark Kingwell), other hunters, and even chefs, who provide insights into the all but mystic satisfaction derived from tracking, shooting, killing, and eating an undomesticated animal. He does not shy away from the essential brutality of the deed: simply taking a photograph of a creature in the wild would not have the same impact. “It can’t be denied,” he quotes a fellow hunter. “When I hunt, I am a predator. It is in our nature to be one. When I go into the woods, it is to kill.”

Of course, hunting can also be a critical part of Indigenous identity. “If Quebecers want to understand something about Indigenous people,” Chartrand writes, “they only have to think that hunting plays a role for First Nations analogous to that of language for French Canadians: the most important marker of a distinct identity.” While hunting is certainly “part of Québécois culture and identity,” he explains that “its ‘existential’ value does not have the central place that it does with Indigenous communities. Once that has been understood, it is easier to accept the determination of First Nations to protect their ancestral rights.”

Chartrand does not shy away from the thrill of the kill, and he resists words like “capturing,” “taking,” “harvesting,” and other euphemisms. “There exists a certain number of variations that all have the same objective: minimizing the radical character of the ultimate act of killing.” He quotes the former Radio-Canada journalist André Croteau, who once wrote in Québec chasse et pêche magazine, “When you say ‘harvest,’ you degrade the animal. You degrade it to the level of a vegetable. And that is not glorious for the beast!”

While the meaning of the hunt is almost transcendental for Chartrand, he does acknowledge that taking an animal’s life has always posed a spiritual problem. “The human is in effect the only animal capable of conceptualizing his own death,” he writes. “Thus that of the animal easily becomes a metaphor of his own.”

This existential sense of man combatting the elements to track and kill his prey is being undermined by what Chartrand describes as sedentary hunting: the use of lumber roads and all-terrain vehicles to sit and wait. One factor is the aging of a demographic: three-fifths of Quebec hunters are over forty-five. “The search for a more comfortable experience grows with osteoarthritis,” he notes sardonically, while confessing his own nostalgia for “real hunting,” by which he means suffering the discomfort of tracking long distances in freezing Novembers.

Chartrand concludes La grande expérience de la chasse by saying that contemporary hunters are keeping alive a connection to ancient times. “In this sense, they are resisters,” he writes. “They are resisting a civilization that, while promising security, comfort, luxury, and sensual pleasure, deprives men and women of their time and their freedom and shackles them with obligations that are constantly heavier. They should also be at the front lines of those who are resisting the worrisome shrinking of nature faced with a civilization that destroys habitat and constantly pushes the wild world to its last outposts.”

This is a candid, eloquent, and passionate defence of the primal thrill of the hunt. Though I am impressed, I remain more comfortable with the world of Jimmy Skunk and Sammy Jay. I prefer simply to watch the merganser ducks that paddle past our dock in the summer; I don’t want to kill them.