For narrative historians and biographers, primary sources are gold dust, particularly if the writer uses an attention-grabbing metaphor. So the following lines, taken from a forty-year-old letter, immediately sparked my interest: “My coming to this country was like a drowning man grabbing at a straw. I did not wish for anything, just threw my future to destiny. Well, eventually and ultimately this ‘straw’ was a sturdy log that had drifted to the harbour of my existence.”

The writer was Jack Forsell, from near Thunder Bay, Ontario, and the sentences could have popped straight out of a well-worn genre in this country: the successful immigrant’s tale. There’s the desperation to flee a wretched homeland; the metamorphosis from straw-like fragility to self-reliant strength; the slow but steady move to calling a new place “home.” Yet Forsell was writing not about his arrival in Canada but rather about his journey, in 1931, to Soviet Karelia, a region of the Russian republic bordering on Finland.

Although not of Finnish ancestry himself, Forsell, with his Finnish Canadian wife, Elvie, was part of an extraordinary and largely forgotten migration of around 6,500 North Americans to a remote corner of the Union of Soviet Socialist Republics in the early ’30s. Although they had moved to Karelia with dreams of a socialist utopia, their hopes were soon crushed. Many migrants left, but the Forsells were among those who stayed in the U.S.S.R. and survived the Great Terror, the war years, and the unpredictable lurches of Soviet ideology. Looking back on their lives, they struggled to make sense of what they had been through. “What this existence has been is another story,” Forsell also wrote. “A long, long story of which we didn’t talk about with our relatives.” 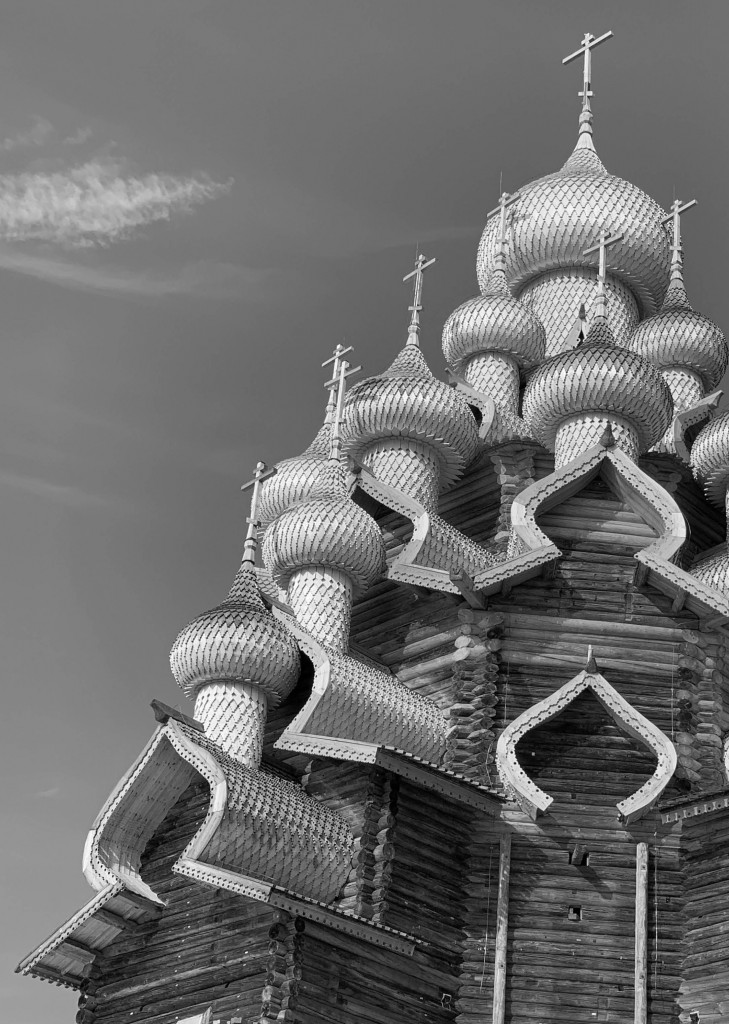 They left the Great Lakes for Soviet Karelia.
Image by Sergei Gussev; Flickr

Now Samira Saramo has painstakingly unearthed some of that untold story from scattered archives and shaped it into Building That Bright Future: Soviet Karelia in the Life Writing of Finnish North Americans. Saramo, who holds a doctorate from York University, is a senior researcher at the Migration Institute of Finland. Her raw materials for this book are a wide-ranging sample of letters and memoirs that offer intimate but random glimpses of excitement, fear, and heartbreak in the everyday experiences of those Karelian immigrants. Saramo examines these personal, scrappy components through an academic “life writing” analytic frame and argues that, taken together, the missives and memories help build a community social history. Although describing divergent experiences, they reveal core narratives that the settlers developed to explain and justify the choices they made.

The migration story itself is remarkable. It originated in another migration, begun in the 1880s, when thousands of Finns headed west, to North America, to escape poverty and unemployment at home. They clustered around the Great Lakes, typically in rural areas, where the men worked in railroad construction as well as the lumbering, mining, and fishing industries while the women took domestic jobs. Each settlement constructed a haali, or cultural hall, where the immigrants congregated to celebrate their traditions and participate in political discussions. Many got involved in socialist movements, although the community was torn between industrial unionists, socialists, and Communists.

But instead of finding a utopia in the so-called New World, these hard-working Europeans faced language challenges, political fights, and the grinding challenges of the Great Depression.

Cue Karelian Fever, as it was described at the time. Regular attendees of Finnish American cultural events began to hear about Karelia, where an Autonomous Soviet Socialist Republic (roughly the size of Florida and wedged between the White Sea and the Baltic Sea) offered work for all, free education and health care, and equality. The Finnish language and North American work skills would be valuable assets in a region trying to develop its backwoods, and the propaganda about the booming Soviet economy promised a delicious contrast to the gloom and infighting that currently surrounded them. Even the voyage east across the Atlantic was thrilling. “We had dance and music by a Canadian,” wrote a Michigan native to his childhood friend. “We saw three shows. We had a pioneer and [Young Communist League] meeting every other day in the public room. The older folks held a meeting and a program every day.”

Spirits remained high, among young men especially. “These people wouldn’t go back to the states for no money and neighter would I,” Reino Hämäläinen, originally from Waukegan, Illinois, wrote in 1932. “They seem to like it so darn well and seem to have a lot of fun here.” Only a few mentioned in their early letters that living conditions were much worse than in North America, where they had enjoyed indoor plumbing and electricity, roomy homes, and well-stocked grocery stores. In Karelia, they found themselves living in barracks with several people to a room, existing on a restricted and starchy diet.

Most migrants were determined to make the best of things. The father of a family who left Drummond Island, Michigan, in 1933, reported back to his “Comrades”: “Still last fall when we came the stores were pretty much empty.” But prospects were improving: “Goods there are starting to be all kinds, of course not like there.” Around the same time, a small group established the Karelian Finnish National Theatre, which undertook a tour of remote lumber camps. The eight company members carried sets and costumes on their backs as they skied a total of 1,200 kilometres from venue to venue, promoting drama and literacy. “I loved to sit in my wooden seat at the theater and smell the musty curtain and see everyone around me, dressed up and expectant as the lights fell low,” Mayme Sevander, who moved to Karelia at the age of ten, later recalled.

At first, the Finnish Americans were almost privileged. Since they had the skills to organize the struggling lumber industry and had often brought tools and tractors with them, local authorities ensured they had relatively decent housing and food — giving rise to resentment among their Russian-born neighbours. Letters sent home to Michigan and Northern Ontario included quiet requests for care packages of cookies, chewing gum, and coffee, but many of them, imbued with a crusader sensibility, minimized the hardships. “We have both lost weight,” wrote one woman in her mid-thirties, “but what do you do with excess flesh anyway.”

Letter writers did not mention certain things: the typhoid and smallpox epidemics, the prevalence of tuberculosis, the pervasive cockroaches, bedbugs, and lice. These scourges, all described later in memoirs, persuaded between 1,300 and 1,500 Finnish North Americans to abandon their plans of building a socialist state in Karelia. One couple departed “with a deep feeling of sorrow and disappointment that the dream we’d had — the dream we’d worked hard to fulfill — had collapsed around us.”

Cockroaches were only the start of the newcomers’ misery. Their arrival had coincided with a dramatic downtown in the Soviet economy. The rigid authoritarianism of Joseph Stalin supplanted the heady optimism of the revolution that had initially attracted many, and airy talk of civilizing the backwoods was replaced by repression and a dive into rapid, at-all-costs industrialization. By 1935, being of Finnish origin had assumed new meaning in the Soviet Union; distrusted as bourgeois nationalists, Finns now faced forced Russification and outright hostility.

As the Great Terror took hold, midnight knocks on the door began. Although Finnish Americans made up only 1 percent of the Karelian population, they constituted 15 percent of the region’s purge victims. Community members disappeared — some to summary executions, others to prison camps. The flow of letters dried up, and censorship and self-imposed silences characterized the few missives that continued to reach families back in North America. “So unreal it seems now that if I wrote to you about those years you wouldn’t believe me, for even to me they seem so unbelievable,” Jack Forsell would write nearly five decades later. “It’s a miracle that I happened to survive those years when thousands and millions succumbed who were in the same condition as I was.” At the end of the twentieth century, countless bodies were discovered in mass graves, including those of 1,193 people in Krasny Bor, not far outside of the Karelian capital of Petrozavodsk.

There are problems with the way that Saramo has chosen to tell this story, including repetition, clumsy sentence construction, and confusing segues. I longed to hear more from the Karelian immigrants themselves, through direct quotation, rather than through the author’s ponderous summaries. Yet her scrupulous respect for these hitherto buried voices has real value.

Saramo cautions scholars who rely heavily on written primary materials that silences in correspondence can be more significant than the content. “A close reading of letters,” she explains, “reveals the strategies their writers employed to provide both assurances of health and well-being, as well as the coded and muted writing that signalled distress.” Saramo’s life-writing approach also reminds us that memoirists often shape their narratives to rationalize their decisions, even when, like Forsell, they fail to make sense of what happened to their community.

One narrative thread running through the letters written after 1935, as well as subsequent accounts, is the sense of betrayal. “Given the current political climate of Russia,” writes Saramo, “in which individual narratives that do not fit the national meta-narrative are increasingly suppressed, allowing the past to speak has timely importance.”