Federal, provincial, and municipal governments have for decades responded to the “social problem” of homelessness with emergency shelters and transitional housing. These, it was thought, would give a vulnerable population the chance to recover and move on. It became apparent over time, however, that such solutions could not address homelessness resulting from complex and intertwined issues like illness, inadequate income, precarious employment, and a lack of affordable housing.

Some hope arrived in 2019 with the National Housing Strategy Act, which recognized “that the right to adequate housing is a fundamental human right affirmed in international law.” This declaration, however, hasn’t brought much more improvement than did the Housing First approach adopted by Ottawa in 2014. According to Amanda Grenier, who divides her time between the University of Toronto and Baycrest Hospital, this earlier initiative was intended “to provide housing as a means to address chronic or long-term homelessness.” But it did not consider the distinct needs of an aging population — a glaring oversight at a time when hospital closures and housing shortages mean increasing numbers of older people find themselves at risk. From a research and policy standpoint, they are “hidden in plain sight.”

With backgrounds in gerontology and social work, Grenier and her research team set out to understand and portray how older adults experience homelessness. They interviewed long-term-care staff, social workers, and forty people accessing “shelter services such as sleeping quarters and cafeteria services”; they supplemented that research with onsite observations at Montreal’s Old Brewery Mission, which has worked with the vulnerable population for over 130 years and has recently witnessed “growing numbers of older people” seeking assistance and emergency accommodation. Late-Life Homelessness also includes a chapter on policy analysis and general recommendations, but the book’s greatest contribution is its “lens of inclusion that is cognizant of age, of encounters with structures and programs, and of the impact of disadvantage over time.” To understand the problem, one must first see it. 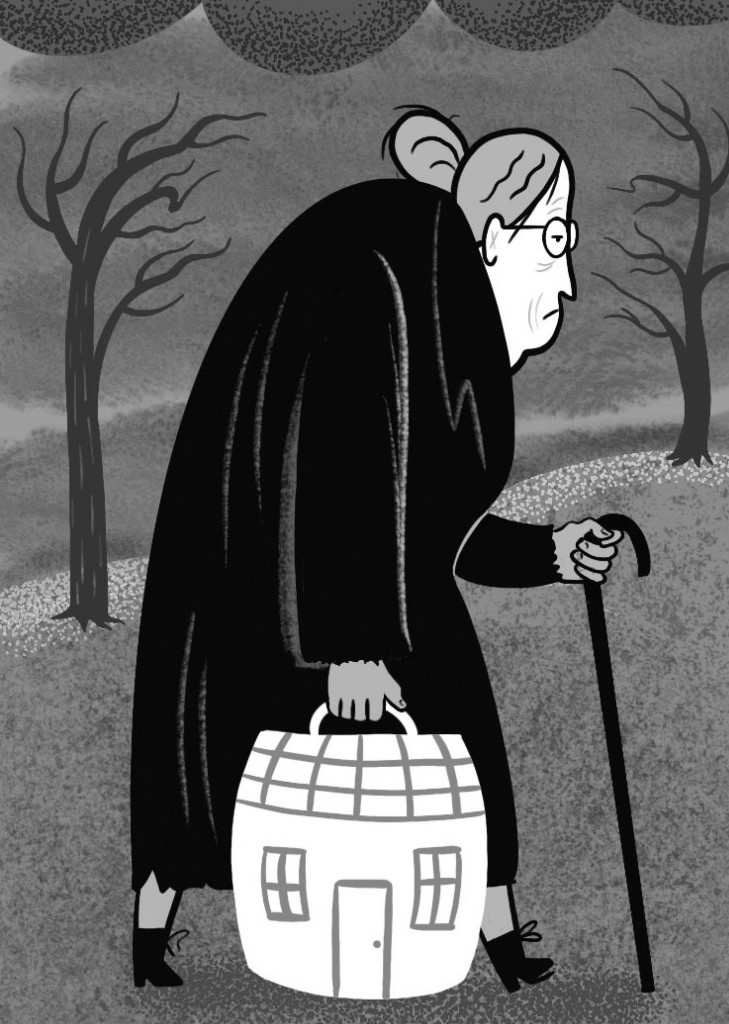 Looks can be deceiving, though, and the team encountered a hitch when it tried to define the project’s scope. At what point is a person considered to be in “late life”? Standard definitions, like the age of retirement or the point at which one collects Canada Pension Plan payments, were irrelevant in this context. There simply weren’t enough individuals old enough to qualify. After conducting an extensive literature review, Grenier determined that fifty years of age was “the most inclusive” threshold “for research and programming” when one accounts for “objective indicators such as health status” and “insights and subjective considerations of older people with lived experiences.” The team soon discovered, however, that many of the participants were even younger than expected, sometimes by decades. One man “who insisted on sharing his insights” was only forty-six. “In this case,” Grenier observes, “even the researcher judged this person to be approximately seventy years old, drawing attention to how seemingly objective and normative classifications of chronological age based on visual judgments are skewed by the impacts of inequality.”

In 2009, the average life expectancy of a homeless person in Canada was estimated to be thirty-nine — about half that of the general population. In my own work with unhoused and at-risk people, I have frequently seen individuals with multiple chronic illnesses. In one study, my team and I worked with young people aged twenty-five and below, many of whom suffered from health problems typically associated with a geriatric population, including vision loss, frailty, functional impairment, and urinary incontinence. Premature death was not uncommon. In discussing this phenomenon of “unequal aging,” Grenier notes that adults who “experience high health needs” are often simply “ ‘too young’ to qualify for services” or to access programs like CPP, Old Age Security, and the Guaranteed Income Supplement.

Sometimes these benefits are insufficient even for those who are old enough to get them, as is often the case for people who have “aged on the streets.” The team’s research shows that this group endures “intersecting forms of disadvantage over the life course,” such as poverty, unstable housing, trauma, discrimination, and precarious employment. But even in the absence of such “cumulative disadvantage,” a person may require emergency shelter or provisional accommodation because of an eviction, rising rent, domestic violence, or bereavement — all of which can occur at any stage of life.

Relying on her team’s findings, Grenier concludes that older adults “with experiences of homelessness are also being moved, by means of non-response and inaction, from a more protected category of ‘deservedness’ to neglect and abandonment.” She further describes how they must endure social exclusion and expulsion: they are frequently “impacted by defensive architecture intended to deter people (e.g. shortage of benches), leaving them with few options to rest, or by being asked to ‘not loiter’ and leave particular places within the city.” Sometimes — though this scenario doesn’t appear in the book — entire families find themselves homeless for the first time. While shelters may be set up for adults with younger children, they rarely accommodate adult children caring for an aging parent.

Grenier’s sensitivity to the specific experiences and needs of those in late-life homelessness is commendable. So is her critical view of the institutions meant to protect them. Her data, however, reveals far too much personal information: the age, gender, education level, and living situation of each interviewee are listed in a table. Health journals used to publish similar data but have ceased doing so in order to preserve anonymity. In such a small group of participants, this level of detail makes it possible to identify individuals. That puts them at risk. When vulnerable people are asked to speak about the cracks in a system upon which they still rely, anonymity matters.

Nonetheless, Grenier brings a much needed critical lens to a social problem that has been with us for decades, and future policy initiatives will benefit from the insights presented in Late-Life Homelessness.

Cheryl Forchuk is the Beryl and Richard Ivey Research Chair in Aging, Mental Health, Rehabilitation and Recovery at Western University.