It’s the coldest and wettest afternoon Toronto has seen in a while, but Another Story Bookshop on Roncesvalles Avenue is busy. In the back of the store, staff pack boxes to fulfill orders from school boards throughout the province—orders that largely sustain the business. For her part, Anjula Gogia, the store’s events coordinator, has just one book in mind: Zadie Smith’s latest collection of stories, Grand Union.

Gogia checks a clipboard to make sure she has everything: debit machine, receipt rolls, a manual credit card imprinter in case the debit machine fails, a float box with change, a calculator, markers, scissors, masking tape, a bag of bags, the store’s banner. She counts boxes and loads 180 copies of Grand Union into her Subaru. She’s on autopilot, as she’s done this sort of thing hundreds of times. Then it’s off to the Art Gallery of Ontario, five kilometers down Dundas Street West, for a conversation between Smith and the CBC’s Eleanor Wachtel. 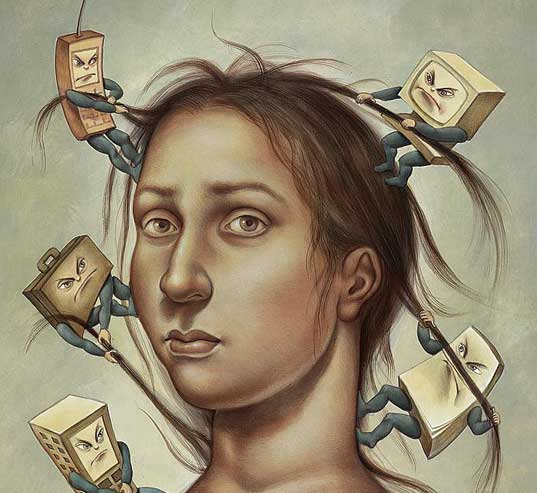 Taking a bookstore on the road is no easy feat.

At the AGO, an attendant escorts Gogia and her dolly of books and supplies from a loading dock to Baillie Court, on the third floor. Inside the quiet 7,200-square-foot space, rows and rows of chairs face south, toward the stage. Near the back, against the western wall, are two tables for Gogia, draped in shiny black fabric.

Another Story Bookshop is selective when it comes to events like this. Because sales are so unpredictable—even at a highly anticipated conversation that sells out quickly—participation can be a gamble for the independent store that leans toward social-justice issues. “We’re very committed to supporting marginalized authors,” Gogia explains as she sets up her stall. “But we also consider the opportunity to promote the store and build community.”

As Gogia stacks Kelly green copies of Grand Union, she “flaps” them—giving Smith easy access to the title page. Soon, the book’s English author, who now lives in the United States, will arrive for a pre-signing, without hordes of fans trying to snap the perfect shot for Instagram. “She probably won’t sign that many,” Gogia tells to the museum’s adult program coordinator, Kathleen MacLean. “And because the book came out three weeks ago, I don’t think we’ll sell that many.” No matter—she wants to be ready.

Book sales are so unpredictable—even at a highly anticipated conversation that sells out quickly.

Anticipation builds in Baillie Court as 500 ticket holders file in and fill the chairs. Eventually, the lights flicker and a hush falls over the mixed crowd—young and old, in suits and blue jeans. The AGO’s director of public programming, Devyani Saltzman, introduces Smith and Wachtel, who appear from a corner near the service elevator.

After the applause dies down, Wachtel asks Smith about the book’s title story, “Grand Union,” and about the tension between mothers and daughters. Smith speaks thoughtfully about being both a daughter and a mother, and the impact these roles have on her thinking and writing. As Wachtel continues to ask questions, Smith talks of the seemingly unending crisis in America, and how a sense of urgency can be stimulating for a writer.

The scheduled hour passes swiftly, and soon Smith and Wachtel retreat back to the elevator, as a surprisingly large crowd swarms the mobile bookshop. Eager buyers gradually organize themselves into lines, which sweep around the two tables. Gogia, for her part, goes back to autopilot, this time multitasking: debit machine in one hand, bagging books with the other, plugging the store as she goes. “We’ve been on Roncesvalles for thirty years,” she tells a group of young women. “Come to the launch of Prince and the Beautiful Ones.” True to Another Story’s mission, she’s building community through reading. “The details are on our Facebook page and somewhere on our Twitter timeline. Oh, and we’ll be back here in February to launch Desmond Cole’s new book!”

It’s been six hours since she arrived, and Gogia finally takes a breath: “Well, we sold a lot more than expected.” She only needs one box for the sixteen signed books that remain. “I’m happy to take these back to the store,” she says, as she and her dolly head toward the elevator.

Rachna Raj Kaur is a freelance writer in Toronto.

Originally published in the November 30, 2019, instalment of