On a recent Saturday morning, Toronto hosted three plays, two art exhibitions, a major league baseball game, a film festival, and a nanotechnology conference. But neither they, nor the inclement weather, impacted attendance at a celebration of independent bookstores.

Despite their supposed decline, and the city’s higher-profile social offerings, neighbourhood bookshops can draw impressive crowds. Such was the case at Queen Books, which featured crafts, giveaways, and presentations by twelve authors from across many genres.

Readings began in the children’s section, up a short flight of stairs and past the balloons. There was scarcely room to move between the book-laden tables and rambunctious youngsters.

Children’s author Hilary Leung started reading at 10:30 sharp. Some kids plopped down cross-legged on the carpet, while others perched on chairs, swinging their feet. With something of a Mr. Rogers air, he commanded the room effortlessly. The young audience stopped fidgeting with zippers and tugging at clothing upon hearing his warm timbre. 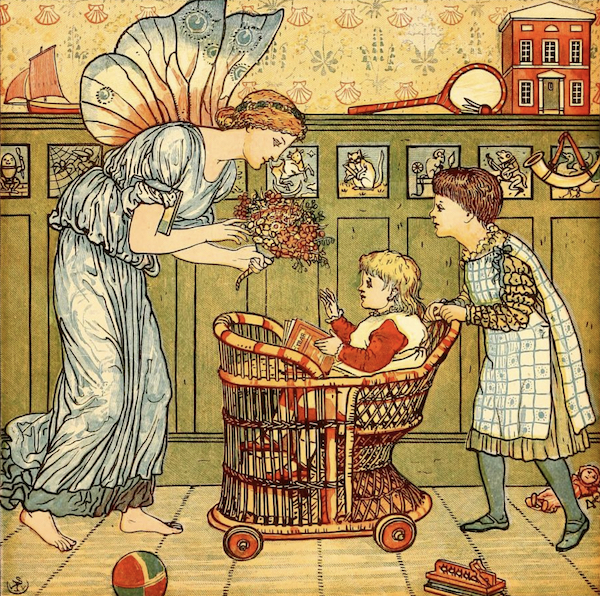 Authors took a personalized approach, engaging one-on-one with the children.

Of the four stories Leung shared, the most captivating was Will Ladybug Hug? As the adorable beetle weighed the pros and cons of embracing her acquaintances, he repeated the titular question while encouraging the children to guess the answers. Touch your noses for no, he explained, and raise your hands for yes. The kids happily obliged.

But it wasn’t all joyous. In a vicious plot twist, the ladybug dropped her ice cream cone. This was particularly upsetting because Ed’s Real Scoop, the popular dessert parlour, beckoned from a few doors down. No doubt some listeners had already requested a post-reading treat.

“Is there anything sadder than ice cream dropped on the ground?” Leung asked.

An optimistic child piped up: “Well, you can still eat the cone!”

It’s hard to tell who loved the author more: the kids, or the parents, who could relax now that the children were engaged.

Leung’s T-shirt read “I Love Books,” he was always smiling, and, between stories, he delivered poignant anecdotes about his son and daughter. It’s hard to tell who loved him more: the kids, or the parents, who could relax now that their children were engaged.

Next up was Barbara Reid, a Governor General’s Award winner, reading from her aptly titled 2003 effort, Read Me a Book. Outfitted in bright white running shoes and a cozy sweater, she took a personalized approach, engaging one-on-one with the children, who had by this point scattered across the carpet, assembling Tinkertoys on their hands and knees. Some, enraptured by the impromptu construction project, missed the bouncy verse, but an unperturbed Reid delivered her work with a lilt.

After she finished to applause, an older crowd filed into the store for the first adult reading. Trillium Book Award–nominee Claudia Dey was set to present her novels Heartbreaker and Stunt, and there was palpable anticipation among the newcomers, who ranged from young adults to seniors. They edged past Leung and Reid, who had moved downstairs, scrawling signatures across title pages to the delight of the assembled families.

The store was jammed now. Twenty- and thirty-somethings navigated the landscape as children scampered around their exasperated parents who, in turn, apologized to the bemused retirees. Later readings from Naomi M. Moyer’s Black Women Who Dared, Anne T. Donahue’s Nobody Cares, and Danielle Young-Ullman’s Everything Beautiful Is Not Ruined diversified the crowd even further.

As the adults filed in and the kids filed out, the sun finally emerged. Perfect for a stop at Ed’s on the way home.

Alexander Sallas is the LRC’s assistant editor. He recommends the mint chocolate chip.

Originally published in the June 1, 2019, instalment of