Toxin Toxout: Getting Harmful Chemicals Out of Our Bodies and Our World

Not long ago, my social networks filled with a fascinating little meme on the subject of chemicals and human health. In Facebook posts and Twitter links, a wide range of my contacts pointed to a series of infographics breaking down the exotic list of chemical compounds found in everyday, “all natural” foods like eggs and bananas. Each info­graphic featured an iconic image of the comestible in question above a list of ingredients running to the dozens of lines. Who knew bananas were so full of phenylalanine and arginine? What to make of the traces of formaldehyde in eggs and the “benzene & benzene derivatives” lurking in the shells? There is “butylated hydroxytoluene” in my blueberries? Should I be worried about that?

The infographics turned out to be the work of a mischievous Australian chemistry teacher named James Kennedy, who was riffing on the anti-­chemical hysteria that sends the general public stampeding toward anything bearing the label “natural.” “I want to erode the fear that many people have of ‘chemicals,’” Kennedy told the techie website io9, “and demonstrate that nature evolves compounds, mechanisms and structures far more complicated and unpredictable than anything we can produce in the lab.”

The clever barb buried in Kennedy’s graphics—the resonance that spread them virally—is that of course we do not know what to make of the presence of benzene derivatives and phenylalanine in our food. And yet we routinely make consumption decisions with no more knowledge and context. Gluten-free foods do a booming business among masses of consumers who are not suffering from celiac disease. Vitamin supplements and herbal remedies sell briskly despite their wobbly track records in scientific tests. (Mea culpa: I still take Cold-FX at the first sign of a sniffle, even as I mutter “placebo effect” under my breath.) Whooping cough is on the rise in North America in part because celebrity anti-vaccination crank Jenny McCarthy is given more credibility in some circles than the Centers for Disease Control and Prevention or the family doctor. Genetically modified organisms are treated like poison by the Prince of Wales and commoners alike, despite a nagging dearth of evidence that GMOs pose serious harm to human health. 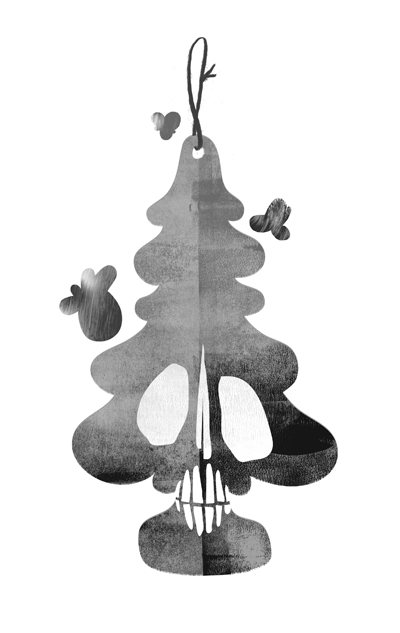 It may well be that we are living in a singularly toxic age, a pesticided and polymerized time of hidden dangers and invisible bio-accumulative epidemics. Hand in hand with those physical threats, though, comes a psychological one at least as perilous: a profound crisis of confidence in authority and expertise. It is not just that the anti-vaccination camp has had such a far-reaching impact, in other words; it is that Big Pharma is so undeserving of our trust. Our wariness of GMOs is not a fear of food-borne toxins so much as a well-earned skepticism about the claims to benevolence of corporate agrobusinesses like Monsanto. We are only truly sure that we are not sure who to trust—especially when it comes to our bodies and what we put on them and in them.

To their credit, environmental leaders Rick Smith and Bruce Lourie have addressed this crisis of public trust head on. In their previous book, Slow Death by Rubber Duck: How the Toxic Chemistry of Everyday Life Affects Our Health, they threw themselves physically at the problem. Their bodies became test tubes as they overexposed themselves on purpose to phthalates and parabens and other dangerous substances found in common cosmetics and fabrics and food containers. The results showed unequivocally that the myriad toxic chemicals with unpronounceable names lurking in virtually every room of our homes were in fact accumulating in our bodies from repeated exposure. The book’s most troubling revelation was that even if each dosage came at a miniscule, “acceptable” level, the cumulative effect posed a serious threat to human health. Among other achievements, the book and its authors were at the forefront of a public outcry that led to Health Canada’s ban on the use of the carcinogenic chemical Bisphenol A (BPA) in baby bottles.

Toxin Toxout: Getting Harmful Chemicals Out of Our Bodies and Our World is a sequel to Slow Death by Rubber Duck, a sort of field guide to what Lourie and Smith refer to, with some understatement, as “the sometimes confusing world of detox.” Once again, the authors take on the role of lab rats, this time inflicting themselves not just with heavy doses of toxic chemicals but with a range of products and treatments promising to flush the toxins out of their bodies. Smith spends a day sitting in a parked Chevy Tahoe to find out what we are ingesting when we inhale that “new car smell” (answer: significant doses of “benzene and other unpronounceable toxic substances”), while Lourie hangs out with “detox pioneer” and former dot-com mogul Peter Sullivan, sleeping in his “Faraday cage” bedroom (designed to block out all electromagnetic waves) and undergoing an intravenous chelation treatment (which flushes heavy metals out of the blood). The authors also investigate the Sustainable Cosmetics Summit and a “green chemistry” conference and test the effectiveness of cleanses and sauna therapy and an organic diet in reducing body toxins.

Smith and Lourie once again deserve praise for boldly going where few people (and far too few governments) have gone before. As Smith observes about his long day spent overdosing on new car smell, “nobody had done this sort of thing before, and we literally had no idea what to expect.” They are engaging, self-effacing guides to these strange lands, and Toxin Toxout, like its predecessor, turns complicated chemistry and baffling terminology into a smooth, lighthearted and entertaining read. And, thankfully, they maintain a healthy dose of skepticism throughout their detox expeditions, referring as much as possible to peer-reviewed science and empirical data to separate successful strategies from wishful thinking and outright quackery. Smith confesses his own long-standing preference for organic food was little more than “a nutritional Hail Mary pass,” while Lourie notes that scientific proof of the efficacy of Peter Sullivan’s myriad detox strategies is “decidedly elusive.” The aim of Toxin Toxout, Smith and Lourie write, is “to seek a healthy middle ground” between the outlandish claims of “wing nuts and fad diets” and the overly dismissive attitude of some “practitioners of conventional medicine.”

There is much to be commended about Smith and Lourie’s effort to find this balance, and what struck me most as I read Toxin Toxout was how ludicrous it was that the project had fallen to a couple of self-motivated researchers—and not, say, the government of Canada or any other country whose job it is to keep harmful products and dishonest brokers out of the marketplace. In the case of toxic household products and the detoxes that claim to combat them, the crisis of authority is in significant measure a product of simple neglect—the institutions with the mandate and the resources to properly police this murky terrain have abdicated their own authority. Rick Smith had to sit all day in a Chevy Tahoe because nobody else had bothered to investigate what all those off-gassing materials are doing to us as we sit in traffic. We owe Smith and Lourie our thanks, and we owe our elected officials some pointed questions about what, exactly, they intend to do to build on their work.

That said, Toxin Toxout is not as surefooted in finding that middle ground as I had hoped. Despite its many clear tabulations and recitations of best evidence, there are errors of omission and biased word choices that only add to the imbalance. The book’s summary of University of Alberta researcher Stephen Genuis’s exhaustive research on the relative merits of detox strategies, for example, is invaluable. (Only chelation and sauna therapy make the grade as “proven” techniques; there is no conclusive evidence that food and drink cleanses reduce toxin levels.) The chart laying this all out, however, comes at the end of a passage that dwells at length and without qualification on the “EMF contamination” that Peter Sullivan is convinced is the source of his health problems. Nowhere is it mentioned that Health Canada and the World Health Organization have found no evidence of a link between electromagnetic radiation and the sorts of chronic illnesses Sullivan suffers from. Devices measuring “Graham-Stetzer units” are cited as if they were as reliable as Geiger counters, but just try to find a single source of information on what these devices measure that is not trying to sell you one.

The authors’ casual tone, while often an admirable and useful tool for keeping the story moving along, also lends some imprecision to the discussion. I can respect the desire to avoid long, baffling lists of toxic ingredients, but calling them “a variety of other nasties” veers too far away from impartial inquiry for my liking. The presence of hormone-disrupting phthalates in the bodies of “virtually every human on the planet” is alarming in its own right; there is no need to explain that its presence in breast milk “further compound[s] the creepiness.” The phrase “scare the crap out of us” does not belong in a book aiming for a “healthy middle ground.” Neither does “organic goodness.” These are minor quibbles, but in a conversation already so divisive and convoluted, so heavily laden with vested interests and long-standing biases, so rife with marketing drivel and pseudo-scientific babble, a bit more specificity and a lot more science would have been ­welcome.

To be fair, there are more unanswered questions about the ubiquity of toxic chemicals in our everyday lives than any single book could answer, and Toxin Toxout deserves ample praise for advancing the important conversation Smith and Lourie started with Slow Death by Rubber Duck. Perhaps it is not even a conversation best carried on from here by another author. Perhaps it is time for a political leader or two to take over.

Chris Turner is an award-winning author and sustainability expert. His most recent book is The War on Science: Muzzled Scientists and Wilful Blindess in Stephen Harper’s Canada (Greystone, 2013). He lives in Calgary.