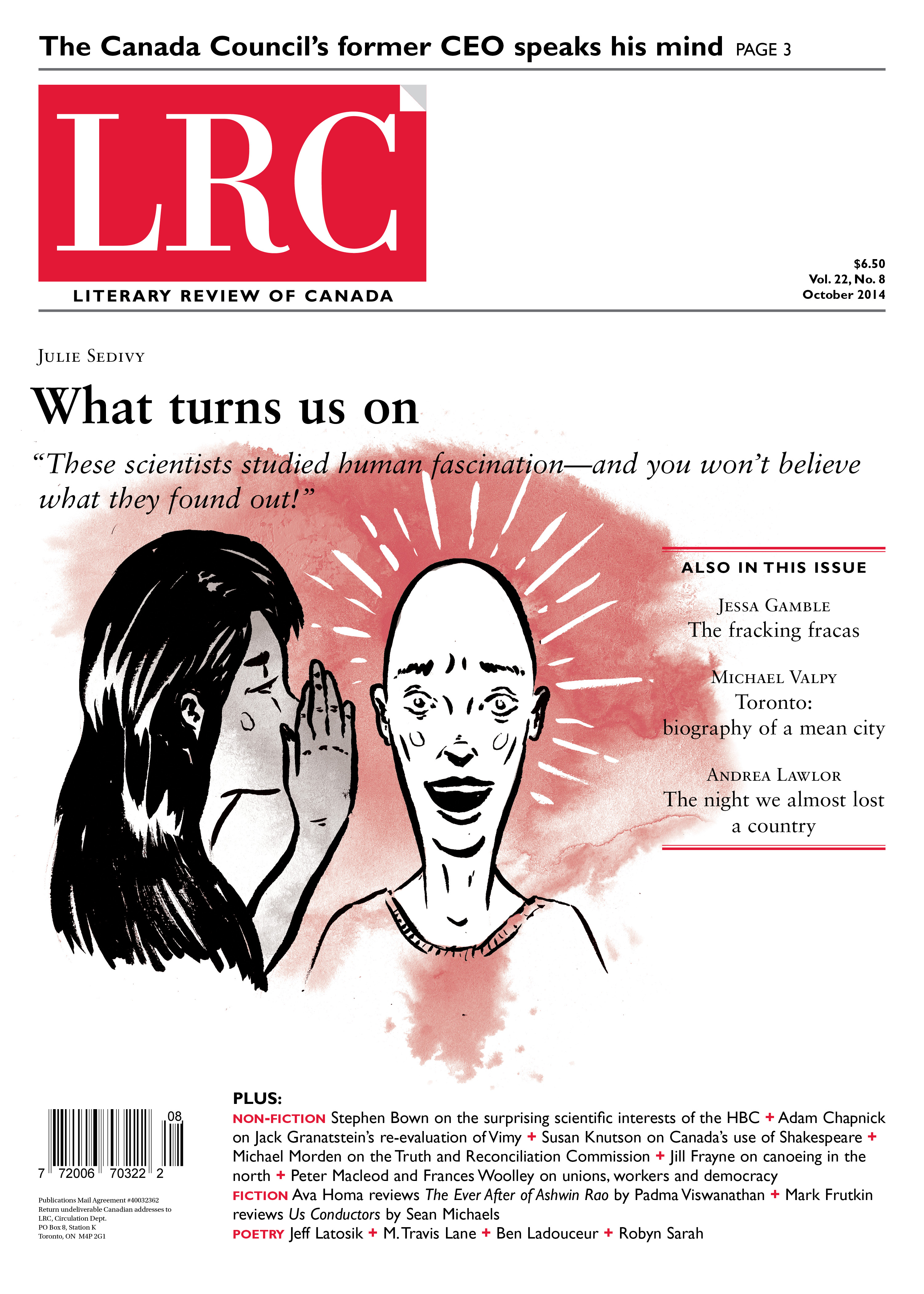 Re: “Weathering the Storm,” by Robert Sirman

Sirman’s essay makes two very astute points: that cultural policy and programs need to be holistic and that existing agencies are capable of taking such a approach if they are empowered to do so. This is something that we in our cultural planning practice with cities call “planning culturally.” When there is an enabling vision for a city (or a country) to be a culturally exciting and dynamic place, it becomes evident that every department in government has a cultural dimension and therefore can engage with artists in all media to build better infrastructure, to humanize our hospitals (potentially reducing length of stay) and to improve our environment. At that point, it is no longer about a “shrinking pie” (a poor metaphor in any case)—it’s about how every branch and department of government can engage with culture and creativity for the benefit of all Canadians. Here is where the leadership of the Canada Council can truly expand the role and funding for the arts.

Robert Sirman’s description of his enlightened and productive regime at Canada Council is graceful, eloquent and wistful. At the heart of his argument is a yearning for a translation of “the contribution the arts make … into the language of public good and government investment.” He sees the arts as having the capacity to shift the consciousness of the public toward an enhanced sense of collective responsibility, even so far as having consequences for the survival of humanity.

It is unlikely that so high-minded and non-utilitarian concepts can be translated into the language of public good and government investment as it is spoken in Ottawa’s political environment. The prevailing notion of public good, and it is an essentially political concept, is now reflected only in economic terms by almost all parties in power in Canada, and even the arts funding agencies themselves unfailingly, and damagingly, place economic impact high among their values. A debt-free economy unburdened by taxation is now deemed the foundation of all public goods, which are anticipated to emerge from enriched individual choices combined to common purposes. Only where there is the broadest consensus do governments take the lead and legislate and fund programs. The number of public goods that fall within that consensus is shrinking.

The dysfunction in Ottawa that Sirman describes (which mirrors the dysfunction between the collective state arts funding apparatus and the arts makers and audiences it serves) can, he suggests, be resolved within the federal machinery, which has “a strong risk management bias … [and] values rationality and avoids extremes.” He says, however, that notwithstanding “the constraints imposed by its political masters, it … could easily be recruited to respond to changing political and public policy objectives.” A tantalizing idea for those of us who think of Ottawa as a fortress governed by a circumlocution office. Who would do the easy recruiting? What are the political and public policy objectives to which the federal machinery would respond? How would the resolution of internal dysfunction affect the funded arts?

Sirman admits the challenge is to political leadership to make cultural development a priority, and to the electorate to support it. But governments usually work the other way around—they look to see where the electorate is going and then run to the head of the procession. There is no evidence that the electorate has the slightest interest in arts development, and culture is, like it or not, beyond the reach of arts funders. (Why are arts’n’culture so often linked as if they were interchangeable and synonymous?) But enough of difficulties. Is there an action point here?