This story has haunted me my whole life and I am writing a novel inspired by a family anecdote. The events in my story occurred before my time. But I have tried to create a novel around these people, turned them into characters and given them lives. What the story says to me — and what I hope sets it apart from others on the subject — is that all of us — victims, perpetrators, Christians, Jews, saints and criminals alike — are capable of making mistakes with tragic consequences.

Joseph Kertes and I have walked many of the same streets and have been haunted by similar stories. We were both born in Hungary, we were both post-war kids who came west after the 1956 Hungarian revolution, we have both become addicted to literature in Canada and we have both been influenced by some of this country’s best writers, including that iconoclastic and iconic poet Irving Layton. Kertes founded the School for Writers and became dean of Creative and Performing Arts at Humber College. I got into book publishing.

This past year, both Kertes and I have been meeting similar ghosts in Hungary. I wrote a non-fiction book about a man who managed to save lives by negotiating with Hitler’s henchmen; he has written a novel about a family devastated by the Holocaust. In my book, Kasztner’s Train:  The True Story of Rezsó Kasztner, Unknown Hero  of the Holocaust, the hero, Rezsó Kasztner, comes through damaged and is, ultimately, murdered. In Kertes’s novel, Gratitude, even those family members who manage to survive are damaged; none comes through whole. It was a time when survival itself was a terrible burden that many were not brave enough to bear.

Gratitude is the story of a wealthy Jewish family, the Becks, with all the means to escape while there is still time, but incapable of believing that the Germans, Hungary’s allies in the war, will march into their lovely, peaceful, cosmopolitan lives and bring a brand of “cleansing” to a place where Jews had lived with grace and confidence for centuries. Nor do they expect that their neighbours will turn against them or that their servants will take their valuables and move into their well-appointed homes while they scramble for food and sleep on the floor at a refuge provided by the real but mythic historical figure from Sweden, Raoul Wallenberg.

The first member of the family to be killed is Heinrich Beck, the elected mayor of a small provincial town. He is so confident of his constituents’ support that he dares to protect composer Felix Mendelssohn’s statue in the town square and is brutally murdered for his bravado. The story then follows his son Istvan, a young dentist who hides in his non-Jewish assistant’s cellar while she comes under suspicion and is sent to Auschwitz; his daughter, Rozsi, whose photographer lover, Zoltan, is swept away with one of the transports, leaving her a ghost who cannot cope with her own survival; and his son Paul, who works tirelessly with Wallenberg in Budapest, forging Swedish identity papers and stopping trains full of death-bound Jews, until Wallenberg himself is “disappeared” by the Soviets at the end of the war. And there are other characters, rural and urban, simple and sophisticated, some fighting for dignity and humanity in the face of utter humiliation, others succumbing to despair. Ultimately, it is up to the reader to determine who failed and who came through the slaughter with shards of their old self worth piecing together.

Even those family members who manage to survive are damaged; none comes through whole.

Occasionally, Kertes turns directly to the reader in what I can only assume is his own sense of incomprehension at what happened to the Jews of Europe and why. One of his central characters addresses the Emperor Franz-Josef, and Hungary’s Regent Miklós Horthy in a soliloquy: “For you, Lord, we’ll take on good German names like yours: Klein if we are small, Gross if we’re large, Roth if our hair is red … For you, good Lord Regent, we’ll take Hungarian names to blend with the scenery … We’ll put on a white shirt and white apron embroidered with folkland flowers … and eat pork and horse, dance gypsy and waltz.” But in the end all the effort to blend in with the locals, to become model citizens, all the education, the poetry, the politics and industry, the soldiering in past wars, fails to protect the Jews in Hungary as it failed in Germany and Poland and even France. Regent Horthy turns a blind eye while more than 400,000 Jews are rounded up by Hungarian gendarmes and taken to Auschwitz, where most of them are murdered.

Throughout the novel, Kertes wanders into the realm of art and artists. He celebrates the fabulous tables painted by Claude Monet and Egon Schiele, Pablo Picasso and Edvard Munch at the Japan Café; he never fails to give each character a chance to admire pictures in apartments even once they have been abandoned; he pays rapt attention to the great European music that can still assuage the anxious and sometimes provide brief respite from the terror that rages in the streets as gangs of Arrow Cross thugs rampage about, beating, killing, torturing and dumping the dead into the Danube. Throughout the book, there is the shadow of a great poet, Miklos Radnoti, whose body was found with scraps of half-written verses still in his pockets long after the war was over.

I have some quibbles with Kertes’s research. Gratitude gives the impression that the Jews of Budapest were deported by train, whereas most were forced to march all the way to the Austrian border: these were largely women, children and the elderly (the younger men were in labour camps) and they were shot or bludgeoned if they fell, as Radnoti did. It was during those death marches that the dashing Swede Raoul Wallenberg showed he was brave enough to face rabble with machine guns and demand that “his” Jews — those with fake Swedish identity papers — be let go.

In the end, when the Soviet armies beat the Germans, all that pent-up anger and frustration divides the once cozy family at the heart of Kertes’s novel and provides two more victims to close the story. It is this last injustice that has haunted Kertes. For me, it is the unimaginable human evil, the envy, the robbing, the unabashed joy of killing that haunts. I think I have found out what evil is but am unsure — as I think Joseph Kertes is as well — how to deal with that knowledge. 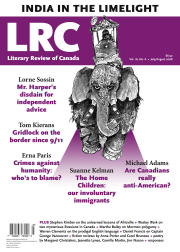