A History of Marriage

Modern-day North American society assumes that, until recently, marriage has been a constant, unwavering tradition. Some believe that skyrocketing divorce rates, common-law and single-parent families, and gay marriage, among a litany of changes, have altered us irrevocably by damaging the tradition of marriage: they wax nostalgic over the vanished virtues of a supposedly time-honoured family order, and lament the cracks in our societal foundations. In A History of Marriage, historian and writer Elizabeth Abbott conjures these fears:

Our collective failure to remain married—or to marry in the first place—has become the subject of religious sermonizing, scholarly study, and politicized commentary. . . We beat our breasts and hurl recriminations at the usual suspects: The ease of divorce! Working women and feminism! Abortion and the pill! Artificial insemination, which allows lesbians and single women to do without men altogether! Godlessness! Greed! Laziness! Hedonism!

Abbott locates the root of this contemporary anxiety in popular misconceptions about the history of marriage. She insists we re-evaluate how we understand the legacy of the institution of marriage and that we more rightly recognize the tradition we have inherited. Abbott deflates the “romanticized assumptions” of the “Victorian fantasy” that has become the standing portrayal of marriage in the past. For example, the popular imagination still holds to the age’s ideal of “wife” as “Angel in the House,” who presides happily over the domestic realm. Yet this image hardly reflects reality for most wives, whose married identities were more often determined by sexual double standards than such sentimental notions. A History of Marriage is valuable because it proves that marriage has always withstood facile definition and has never been the haven of stability we assume we have lost: the 20th-century transformations to marriage are not, in fact, out of synch with the many historical fluctuations the institution has already endured.

A History of Marriage completes Abbott’s “historical relationship trilogy,” continuing the course set by her earlier publications, A History of Celibacy (1999) and A History of Mistresses (2003). Abbott is a skilled and versatile storyteller who successfully navigates the many historical realities and topical debates of marriage. In A History of Marriage, she writes about much more than courtship, weddings and love. Abbott delves into the economics of marriage and families in working and elite classes, and includes many topics that orbit the subject of marriage and infiltrate its history, including family life, parenting, domesticity, privacy, sex, contraception, abuse and divorce.

20th-century transformations are not out of synch with the many historical fluctuations marriage has endured.

The variety of sources she brings to bear is exceptional, and her extensive research evident. For the most part, Abbott focuses on North American society and its European predecessors, and while she reaches back to medieval and early modern times, she pays special attention to 19th- and 20th-century material. She is very adept at describing past public opinion from sources as diverse as novels, diaries, marriage manuals, and legal, judicial and historical materials, as well as art, fashion, television and pop culture.

A History of Marriage is divided into two sections: “Marriage in History” and “Marriage in the Present and Future.” The book is a broad but not systematic treatment of its topic. It is presented in an enjoyable, narrative style, armed with charming vignettes and startling facts. In part one, the reader encounters everything from debutantes, hope chests and wedding dresses to child labour, lower-class tenements and the effects of consumerism on family life. Throughout, Abbott illustrates the growing correlation between love and marriage from the 18th through to the 20th centuries. The ideal purpose of marriage was once a union that joined two families, arranged by the parents of the bride and groom. Eventually, growing out of the Enlightenment-era concern for the importance of happiness, that ideal became two lovers marrying by their own choice for romantic reasons.

Many of Abbott’s sources reveal a long historical tradition of reflecting on marriage in literature and art. For example, Abbott introduces various interpretations of Jan Van Eyck’s Arnolfini Portrait, a cryptic 1434 painting of a black-clad merchant in a wide-brim hat extending his hand to his pregnant bride. This iconic image graces the cover of A History of Marriage. The symbolism of the painting is still debated by scholars. Is The Arnolfini Portrait simply a portrayal of a married or engaged couple? Is it a record of their betrothal, or their wedding? Or is it a marriage licence, or perhaps a legal document, in itself? Another influential theory argues that the painting is a memorial to the man’s dead wife. Abbott draws upon this work of art to discuss the complex social and legal histories of weddings.

Abbott gives earnest treatment to a serious topic that seems amusing and strange to modern readers in a section on 19th- and early 20th-century methods for dealing with the “vices” of masturbation, female “hysteria” and other sex-related social anxieties. This review must pause to relate one of the more shocking and humorous details. Did you know that the invention and patent of many kinds of battery-operated vibrators was prompted by the need to treat women for “hysteria”? The popularity of “vibration therapy” grew quickly, and in 1902 the first electric model for home use became available, becoming “the fifth electrified domestic appliance after the sewing machine, the fan, the teakettle, and the toaster, and preceded the vacuum cleaner and the iron by a decade.”

Deceptive statistics are used to argue that half of all modern marriages will end in divorce.

Part two, “Marriage in the Present and Future,” delves into topics at the centre of many modern marriage debates, including gay marriage and parenting. Abbott also casts light on the intriguing and underrepresented topic of singlehood: she shows how, despite the fact that unmarried people have always composed a significant percentage of the population (due to both circumstances and choice), singlehood is often unacknowledged in history. Abbott claims, “today’s ever growing number of singletons has been described, time and again, as one of the greatest social phenomena of Western society. We now know that this isn’t true. Singles – and the single life – are just this century’s version of previous centuries’ realities.”

Another aspect of marriage widely considered a consequence of our modern age is divorce. North American popular culture obsesses over divorce, but there is a great divide between this preoccupation and the reality of most marriages. Deceptive statistics are used to argue that half of all modern marriages will end in divorce. Abbott points to a recent sociological study showing that this figure is calculated with the number of marriages and divorces from the same year, even though the couples marrying in a given year are not necessarily the same couples getting divorced that very year. The divorce-marriage ratio is also affected by the fact that marriage rates are down, while divorce is increasingly prominent. The result is an inaccurate reflection on the durability of today’s marriages. Abbott is especially convincing when her analysis combines scholarly findings and popular opinions in this way.

Unfortunately, Abbott does not always pause her narrative to point out whether her examples are representative of their place and time, or if they diverge from the general trends. At times she maintains the flow and pace of her story at the cost of specificity and analysis. She occasionally makes broad statements that appear to be representational, bolstered only by random or extraordinary examples. Some characters (for example, Martin Luther) appear frequently throughout the book, leading to a sense of repetitiveness. She also explains some topics by bizarre chains of examples. Consider a brief section on fatherhood that contains references to Dr. Spock’s parenting advice, fatherhood in the animal kingdom (penguins, seahorses, bullfrogs, prairie dogs, beavers and wolves all make an appearance), and a comparison of paternal work leave options in Canada and the USA. These stories are all interesting and important, but the chain of thought that connects them is not easy to follow. Abbott’s work would be more useful if she explained her choice of examples, or had included more extensive citations.

Abbott integrates histories of hardship and oppression, in an effort to view marriage in all its aspects.

Abbott’s narration often jumps between stories set in very different historical eras, and she reflects on historical and modern-day marriage in tandem. This approach reinforces Abbott’s emphasis on the continuities between the history and present reality of marriage — a connection she describes as the “subtext” of the book. At times this polychronic perspective provides interesting and helpful background to the topic at hand; in other instances, this kind of non sequitur is simply disorienting. It is also difficult for the reader to trace developments over time through this kind of chronological flip-flopping. For example, a chapter on gay marriage discusses the wedding of Ellen DeGeneres and Portia De Rossi and then jumps back to examples from ancient Greece and Rome; it then moves on to 20th-century Canadian and American social and legal histories of gay marriage and narrates the Stonewall Riots in Greenwich Village, New York City, 1969.

However, any such critiques are overshadowed by the success of the book as a historically-situated reflection on all things matrimonial. Abbott’s method and model are clearly deliberate and chosen to reach a wide audience. Historians will wish for more details and analysis, fewer generalizations and un-cited statements. Yet general readers will appreciate the flow and connections that Abbott creates. It is wholly evident that Abbott treats her topic with great thoughtfulness and ability.

Abbot makes clear that marriage matters on many levels. Marriage is an inherently political topic. The institution figures prominently in peoples’ social, religious, economic and emotional lives, and is a basis of individual and collective identities. The right to marry is an election issue. Church, state and public opinion quarrel over the tradition and its future. A History of Marriage likewise is political, but not polemical. Abbott traces the evolution of marriage as “the product of official policy-making.” She also dives into many controversial topics, and investigates divorce, interracial marriage, and parenting techniques. Her book devotes space to the sad North American legacies of unjust policies forced upon First Nations peoples, Asian immigrants and African-American enslaved peoples. Abbott refuses to ignore difficult stories: she integrates histories of hardship and oppression, in an effort to view marriage in all its aspects.

It would be impossible for a writer to compose a book of this nature without imparting her own personal politics in some measure. So after exploring the historical and current states of marriage, is Abbott for or against it? Abbott is adamant that North American marriage can continue to be useful and used if we bolster families with better support systems and make children our main collective concern. She concludes that marriage is still a fruitful way to organize society for those who want it and are not abused within it. But what is important is that Abbott also validates singlehood and cohabitation, defends gay marriage and parenting, and acknowledges that marriage is only one way to organize families.

Abbott does not claim to impart comprehensive knowledge on the topic of marriage. Rather, her work proves that there is no single story that could possibly represent such a sundry subject. A History of Marriage isn’t the final word on marriage. Better, it’s a conversation starter.

Stephanie Cavanaugh is a Ph.D. student in the Department of History at the University of Toronto. She studies inter-cultural contact and religious conversion in the early modern Atlantic world. Her hometown is Fredericton, New Brunswick. 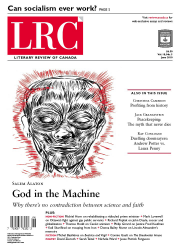