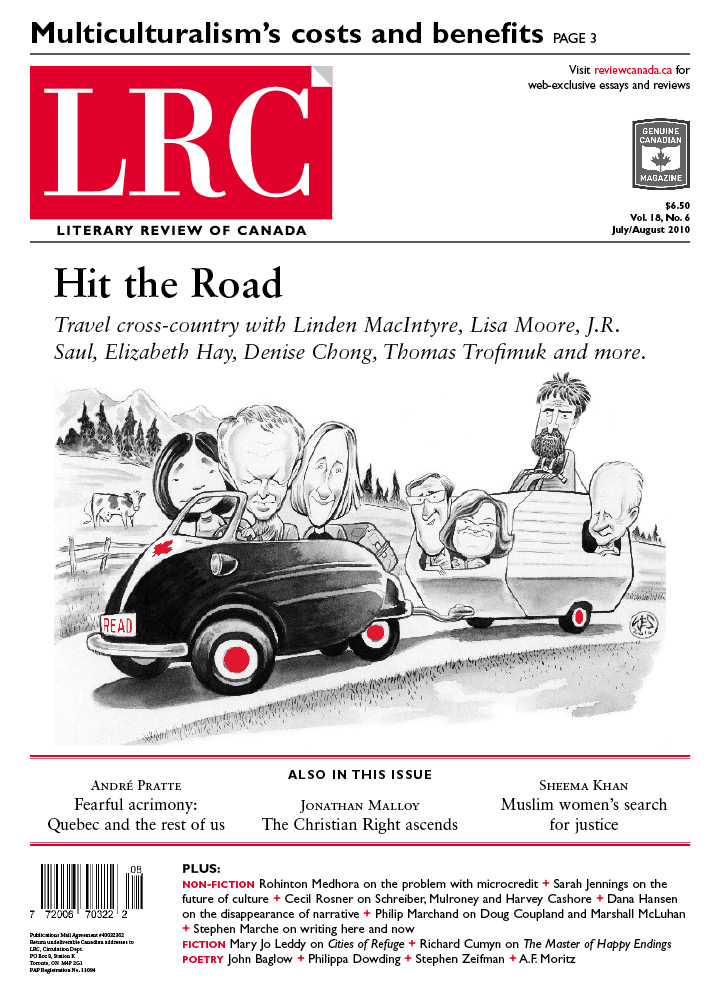 Jeffrey Reitz’s review of my Multicultiphobia argues that it “mainly endorses Canada’s multiculturalist consensus, with few directions for improving policy. The dominant feeling is one of complacency.”

Traditionally, many policy analysts have held a technocratic view of their craft. Experts suggest policy improvements to their “clients,” who can choose to implement those suggestions and then “sell” them to the public. Citizens, in this view, are akin to the animal at the vet’s office, looking on dumbly as doctor and master discuss what is to be done with them.

In some political contexts, this practice may lead to useful policy improvements. But what if the master is no longer inclined to respect the expert’s advice? This is our political reality today, and policy analysts must recognize it. We have seen policies swept away because they were out of line with partisan ideology, in fields such as foreign affairs, international development, justice, and the environment. These were all policies that presumably had undergone many incremental improvements over the decades: this did not save them.

So while it is certainly useful to suggest policy improvements, it is also vital to confront ideological currents that can destroy even successful policies. That is the goal of my book: not to improve multiculturalism directly, but to improve our collective ability to discuss multiculturalism.

Thus, for example, much media commentary concerning the residential concentration of ethnic minorities assumes that it is the result of free choices made by immigrants, under the influence of a multiculturalist ideology that encourages them not to engage with the broader Canadian society. I draw on a variety of sources, including Reitz himself, to show that this analysis is simplistic. This certainly does not mean that I “dismiss” the challenges of immigrant integration, as Reitz claims. On the contrary, because I take those challenges very seriously I consider it essential that they cease being used as fodder for uninformed polemics.

So I’m certainly not complacent, but I think the greatest dangers associated with multiculturalism come from a direction ignored by Reitz. To assume that no government would move against multiculturalism, given Canadians’ enthusiasm for the policy, betrays a naive understanding of politics. Canadians are no more attentive than citizens elsewhere, and the government can easily maintain the facade of any policy while gutting its substance to appease its most partisan supporters.

The constitution’s mention of our “multicultural heritage” remains, and Minister Kenney continues to attend breakfasts hosted by “ethnic” organizations. Yet cities and provinces remain starved of the resources they need to promote the economic and social integration of immigrants. Canadians’ ability to counter discrimination is weakened by the ending of the Court Challenges Program and the closure of Canadian Human Rights Commission offices in the cities with the largest ethnic minority populations. Even the knowledge base we need to understand how Canada’s immigrants and ethnic minorities are faring is threatened as the government attacks the long-form census, as clear a sign as one can imagine of what the new masters think of the policy experts.

This is not, to my mind, a state of affairs about which anyone can afford to be complacent.

Jeffrey Reitz calls for more nuance and I agree. One of the hallmarks of multiculturalism is the recognition that beliefs and practices from home countries have value and that immigrants should maintain these practices. A second hallmark of multiculturalism is adaptation or integration into Canadian society. The serious issues arise in trying to determine the nuts and bolts of what kinds of beliefs and practices can be maintained and which must be abandoned, and which Canadian practices must be adopted.

One approach is to use a good old philosophical distinction between practices that are necessary and practices that are not. For example, if someone needs to wear a turban for religious reasons, the turban is seen as necessary. If such a person wants to be police officer, Canadians can acknowledge that the police cap is not necessary as long as the rest of the uniform is worn. If such a person wants to ride a motorcycle, he cannot since the helmet is a safety necessity. An issue that is seen as divisive is women who wear veils. For most purposes, even though Canadians may not like the veil, it can be worn. But for certain practices, such as personal identification when voting, the veil must be lifted. To make things non-­threatening to the women involved, the veil can be lifted in private to another woman, thus some sense of the wearing of the veil is still respected, along with respecting the need for proper identification. Thus by adapting existing procedures, and by determining what is necessary to a practice and what is not, we can continue on.

Re: “Bridging the Divide,” by Sheema Khan

Sheema Khan’s review of Unveiling the Breath: One Woman’s Journey into Understanding Islam and Gender Equality by Donna Kennedy-Glans put me in a reminiscing mood, given its focus on Yemen. About 15 years ago, I visited this remote yet divinely romantic country. What struck me then was its gentle people, who learned to lace their rugged mountains with field terraces, making many parts of their country look like blooming flowers. What impressed me now, from reading this review, was the ways societal reforms are unfolding there.

The gigantic mountains seemed to offer a way up to heaven. I remember the clouds passing under our level with birds flying along, all evoking the image of Solomon in the Quran to whom the winds and eagles responded. Yet despite his ability to subdue many forces, the wise Queen of Sheba defied him when he wanted to invade her land in what is now called Yemen. The stubborn queen defied not only his civilization, but also his encroaching imperialism and belief in war. In the Quran, Queen Sheba is rather a model, an archetype of the wise democratic innovative female leader who resolves conflict through negotiation, cultural exchange and non-violent friendly means.

Queen Sheba’s final stance in the Quran is inspiring. Early in the story she blames kings for destroying towns and humiliating their people (27: 34), but later, she discovers that her power does not lie in anything that can be given or destroyed by Solomon; her real source of power is that which goes beyond all the finite forms. She therefore comes to a stance of introspection, and says, “I have been unjust to myself.” (27: 44) It is a conclusion that is one of the central themes of the Quran: that nothing finite can give us power, and hence nothing finite can take it away either.

Khan’s invitation to the “breathing spaces” Kennedy-Glans is unveiling is where the debates about Islam can go beyond the limited polarities of attack and defence, and where both sides can do their own introspections and look at their respective injustices to self and other: the West into its past of encroaching imperialism and its destruction of many indigenous cultures, and Muslims into the reasons they have turned their past into giant idols instead of marching ahead.

Re: “Fearful Acrimony,” by André Pratte

I know and like André Pratte. But he needs to get over his self-indulgent preoccupation with his feelings about Fearful Symmetry: The Fall and Rise of Canada’s Founding Values and address the substance of its arguments and the facts it presents. Yet I search in vain in his essay for a serious refutation of the “facts and figures” he so airily waves aside.

In his essay Pratte makes a plea for us to love and tolerate each other better. But it is often the unpleasant duty of those who love us best to say the things we least want but most need to hear. To describe a reasoned, factually supported argument “as if someone had emptied the contents of a garbage truck in my garden” is a superficially clever turn of phrase that impedes rather than assists intelligent discussion.

Would Pratte deny that Quebec nationalism after 1960 was primarily social democratic, devoted to expanding the welfare state and supportive of big government to the point of credulity, in distinct contrast to the older indigenous tradition of entrepreneurship and skepticism about the state? Or that the chief national policy response to the threat of Quebec separatism was to try to offer Quebeckers more and more lavish social programs in order essentially to buy their allegiance?

I simply cannot understand how Pratte deduces that because I make these arguments in Fearful Symmetry I wish Quebec ill. I take no pleasure in the destruction wrought on Quebec society over the last few decades by the bidding war for the loyalty of Quebeckers. And in Fearful Symmetry I also clearly argue that Canada lost its way quite badly in the second half of the 20th century because of the reaction of the national political elite to Quebec nationalism, placing most of the blame where it belongs—outside Quebec. And in conversation with me, Pratte, to his credit one of the signatories of the manifesto Pour un Québec lucide, has expressed the view that my suggested new deal between Quebec and the rest of Canada (more revenue and social policy autonomy for the provinces, in exchange for more power for Ottawa over, for example, protecting Canadians’ economic rights) offers a solid basis for progress.

We should love each other well enough to help one another recover from our mistakes, but the rest of the country is no longer willing to retard its own progress to placate a Quebec society determined to pursue its wrong turning jusqu’au bout. I agree with Pratte that when I look on what we have wrought, it is not pretty. Blaming the messenger, however, will not clean up the mess.