The Secret of the Crown: Canada’s Affair with Royalty

The inherent paradoxes of Canada’s system of government were described over a century ago by historian Goldwyn Smith: “The King who reigns and does not govern is represented by a Governor-General who does the same, and the Governor-General solemnly delegates his impotence to a puppet Lieutenant-Governor in each province.” Yet the virtues of this delegated authority bear close examination. To a much greater extent than commonly thought, the system is a distinctive product of Canadian history, its features gradually exported to other countries, among them some (like Canada) the world’s most successful democracies.

But first those paradoxes. “Quite clearly, if you and I sat down to create a system of government for Canada, based on our knowledge of the ups and downs of our past, we would probably not create the system we have now,” John Fraser notes in The Secret of the Crown: Canada’s Affair with Royalty. “Inevitably, we would think that we could do better. We would not have a monarchy—borrowed, evolved, clipped or truncated.” On the other hand, “the existing institution operates efficiently, and represents a link with our past.” As for providing for continuity, royal succession “simply happens,” Fraser observes, “just like that.”

Fraser is well placed to appreciate the nuances of our current system. Journalist and master of Massey College, he boasts a range of influential contacts that puts the most dedicated society matron to shame. In particular, he is co-founder of Friends of the Canadian Crown, an elite advocacy group not to be confused with its more populist, tribally motivated cousin, the Monarchist League of Canada. 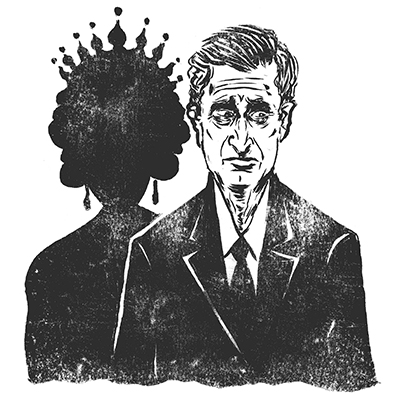 Fraser makes no bones about whom he sees as the ultimate model of vice-regal dignity and impartiality. Georges Vanier fits firmly within a style Fraser attributes to the so-called Right Royals, referring to those governors general (Vincent Massey and incumbent David Johnston included) who consciously act as the sovereign’s representative, never letting Canadians forget “where the ‘fount of honour’ resides.” In contrast, so-called Crown Legatees such as Adrienne Clarkson and Michaëlle Jean presume they hold sovereign power during their vice-regal term.

Fraser has no desire to rehearse the arguments on either side of the debate over where real royal power resides, especially since a recently published book deals so thoroughly with the issue. The Evolving Canadian Crown, edited by Jennifer Smith and D. Michael Jackson, derives from a 2010 conference sponsored by Fraser’s advocacy group. The volume’s contributors explore the full range of constitutional issues relating to the exercise of vice-regal power, federally through the governor general and provincially through lieutenant governors.

In his article “Myth and Misunder-standing,” historian Christopher McCreery takes aim at the widespread perception that the governor general acts independently of the monarch. This view was publically put forward by Jean near the end of her tenure in office: “From 1947, with what we call the letters patent,” said Jean, “the sovereign conferred the responsibilities of the head of state and all of the responsibilities are those of the head of state.” Clarkson made a similar contention in her memoir, Heart Matters: “Even many politicians don’t seem to know that the final authority of the state was transferred from the monarch to the Governor General in the Letters Patent of 1947, thereby making Canada’s government independent of Great Britain.”

In arguing against this view, McCreery provides a fascinating account of how the modern-day notion of delegated royal power was shaped to a large extent on Canadian soil. He notes that the Canadian use of letters patent goes all the way back to 1663 when royal government was first established in New France by Jean-Baptiste Colbert and Louis XIV. Later centuries saw incremental changes in the form these letters took, first by French and then by British administrations. One feature of this development is the story’s basic continuity, despite the rupture of British conquest. During the pre-Confederation period, the evolution of vice-regal power—occurring most notably with the arrival of responsible government during the 1840s—was pioneered in the colonies of British North America. After Confederation, Canada’s role as senior dominion allowed this pioneering role to continue.

The 1947 change to the letters patent was motivated by the lack of a Canadian regency act to deal with the eventuality that royal power might need to be delegated, either because a new monarch had not yet reached the age of majority (which had been a real possibility just after George VI took the throne, with his heir being the young Princess Elizabeth) or a monarch’s extended absence. As McCreery observes: “The Letters Patent 1947 are best viewed as an enabling document that allows for the delegation of the Sovereign’s authority and a legislative mechanism to serve in place of a Regency Act, not a mechanism to transform the governor general into the Sovereign.”

Such historically based arguments hardly end the contemporary debate over the role of governor general. Whatever the constitutional niceties, it is probably true that a broad cross-section of Canadians want just the sort of change that Clarkson and Jean have suggested. With a long-lived sovereign currently on the throne as well as a Canadian prime minister who seems especially attuned to monarchist demands, no one imagines that now is the time for such a move. But in The Secret Crown Fraser does not shy away from analyzing the prospect of what will happen when the Queen’s reign comes to an end. Indeed his book’s main purpose seems to be to address what he sees as the greatest threat to the Canadian crown’s survival in its current form—the widespread doubts over Prince Charles’s suitability for the throne.

These doubts have two main causes: first, Charles’s much-derided willingness to take public stances on controversial subjects such as the efficacy of alternative medicine and the merits of modern architecture; second, the avalanche of tabloid revelations during the breakup of his first marriage. In Fraser’s dramatically exaggerated account, Charles “has been subjected to more ridicule, innuendo, outright fabrication, and grotesque invasion of privacy than almost any other individual alive today.” He is seen as “a crank or a wonk or a wuss or a doofus,” his virtues dismissed as “a footnote to a portrait of an idiot savant (at best) or—more typically—a meddling, dangerous fool.”

What will happen when, in all likelihood, Charles succeeds to the throne? At least formally he will automatically become king of Canada: our patriated constitution, which requires unanimous federal and provincial approval before any fundamental change to our system of government can be made, assures monarchists of that. But who can discount the possibility of official Canadian government lobbying—especially if a progressive coalition sceptical of the monarchy is in power—for new letters patent that do exactly what many think the 1947 version has already done: make the governor general the de facto head of state?

Whether this happens depends on how Charles’s reputation fares in years ahead. Monarchists such as Fraser like to think that the reputational tide has already turned. In an age when unorthodox statements are a dime a dozen, it is more difficult for media pundits to single out Charles’s relatively measured observations for special criticism. As for the past leaks involving his personal life, Britain’s hacking scandal has put these in a new light, given what we now know about how they were acquired. Fraser is at his chivalrous best in describing the injustice of the worst of these royal episodes—the infamous eavesdropping on Charles’s innuendo-laden cellphone conversation with Camilla:

If any of us had our own relationships put under the kind of scrutiny the Prince of Wales had to suffer, if we had hackers listening to either our most amorous or most rancorous conversations—in flushes of desire or moments of anger—we would be hard-pressed to be as disciplined and forbearing as Prince Charles.

Just as the families of murdered children deserve sympathy for the horrors perpetrated through the dark arts of the Murdoch empire, says Fraser, so does our future king—and if Canadians never come to feel as comfortable with him on the throne as many do with his mother, he at least deserves the chance to prove himself in the role he has been waiting a lifetime to fill.

Will this please the majority of Canadians? Probably not. Only a relative few will be able to muster the level of scholarly respect for the monarchy evinced by the experts in The Evolving Canadian Crown, let alone the full-fledged partisanship of Fraser. But even if we could dispense with our system wholesale, would we be able to replace it with a system that would work half so well? As the British journalist Walter Bagehot argued a century and a half ago, the political virtues of the British system that is nominally based on royal power are not as explicit as the republican alternative. But by allowing for two sets of institutions—the monarchy and peers on the one hand, the Cabinet and Commons on the other—one set “dignified and intended to impress the many, the other efficient and intended to govern the many,” the system exhibits what Bagehot refers to as the efficient secret of the English constitution: “the close union, the nearly complete fusion, of the executive and legislative powers.”This fusion, typically occurring in the Cabinet, is one we might either love or abhor, for it means that prime ministers with majority governments wield far more effective power than in virtually any other form of democratic government. But, whatever our views on its features, this is not a system to be given up lightly. Both these books remind us of this crucial fact in different ways.

Mark Lovewell has held various senior roles at Ryerson University. He is also one of the magazine’s contributing editors.

Regardless of the merits or not of a monarchy, and the charm and competency or not of any particular ruling British monarch, whenever I see any member of the royal family on TV or in print, I think, “There go the last vestiges of our own tribal warlords.” I long for the day when Canada’s democracy is monarch free!