Arming and Disarming:  A History of Gun Control in Canada

Firearms violence, in one form or other, rarely drifts far from the front page. Be it small town school disasters such as Newtown or inner city street gang shootouts, our culture is regularly bombarded with coverage of the mayhem and horror that come with gun violence. Despite the countless hours spent covering such tragedy, however, attention is infrequently paid to the lengthy history of firearms legislation and how indeed we got to a place where the carnage can occur.

Enter Saint Mary’s history professor R. Blake Brown, with his second book, Arming and Disarming: A History of Gun Control in Canada. Author of 2009’s A Trying Question: The Jury in Nineteenth-Century Canada, Arming and Disarming unites Brown’s extensive work writing and lecturing on the history of Canada’s firearms laws.

As academic works go, Arming and Disarming is a very accessible read. Brown’s writing is detailed, but not to a painful extent, instead providing excellent referencing for readers interested in furthering their research. Something of a primer, his book provides essential facts about legislative developments interspersed with quotes and anecdotes that are at once interesting and insightful. By now, for example, it is hard to imagine a time when retailers like Eaton’s would openly show the latest and greatest in guns. 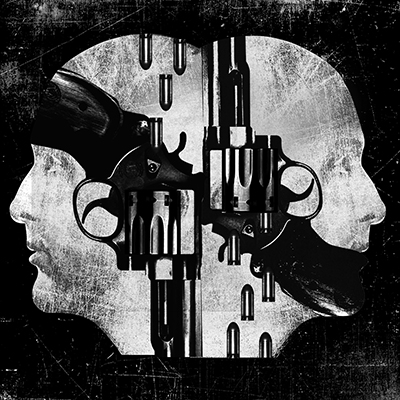 Of greater import, Brown’s book offers compelling analysis on a number of fronts, chief perhaps of which is the notion that this country has a seemingly racist history. While many political elites before and after Confederation believed that men of property had inherited a right to bear arms, reflected partly in the English Bill of Rights, they also held that guns in the hands of “suspicious groups” represented a particular threat to established power. As such, Brown notes, “less than noble impulses motivated most gun control measures” during the early years of Canada’s formation.

Arming and Disarming points out that assorted firearms laws were inspired partly by a ubiquitous apprehension of the other, represented at various times by French Canadians, the Irish, Italians, the Japanese, Chinese, Bolsheviks and, of course, aboriginal peoples. Capturing the general sentiment, the Calgary Weekly Herald wrote of the latter group in 1885, “if this country is to be made habitable for white men the government must disarm all the Indians.” Legislative efforts were thus undertaken to keep firearms from those deemed dangerous.

Brown’s analysis in this regard is particularly poignant in view of its current relevance. He notes that “fear has thus motivated much of Canada’s firearm legislation—politicians often invoked racist, ethnocentric, and xenophobic rationales for gun control.” Indeed, following the high-profile shooting at a BBQ last summer in Toronto, in which two people were killed and 22 others shot, Mayor Rob Ford called for immigration laws to be used to exclude from Canada those convicted of such gun crimes, inaccurately implying a foreign origin of the problem.

Whereas in the early 20th century newspapers could boldly point out the Italian ethnicity of assailants in gun crimes, Ford at least understands that direct reference to the race of the culprits he has in mind—young black men—would be unacceptable. Nevertheless, the mayor, other politicians and many members of the public perceive a new “bogeyman,” to borrow Brown’s terminology, with regard to the modern gun problem and driving the need for new gun laws. Arming and Disarming reveals that we might not be so far from where we have been before.

The book’s other significant success is in its description of the Canadian gun lobby. Following the Second World War, large groups of men in this country became involved in hunting, eventually joining with sport shooters and gun collectors to form one of the more powerful lobbies in Canadian history.

While those who support increased gun control sometimes label their opponents “gun nuts”—suggesting a measure of madness in their position—Brown uses Arming and Disarming as “an opportunity to contribute to the Canadian literature on social movements.” Whatever is to be made of their politics, Brown’s book demonstrates clearly that those who oppose firearms regulation in fact represent a model of democratic action. Characterized by country living, traditional masculine ideals and a deep distrust of government, this movement has perceived almost every firearm law as invariably part of a despotic plan by effeminate urban elites to ban firearms completely and forever. Brown contends that this response reflects a growing sense of disempowerment experienced by rural, white, working class men. To this group, the regulation of guns has become a proverbial line in the sand.

It is important to bear in mind that gun control is what has been called a “free rider,” an issue on which the vast majority can espouse a position without actually doing anything in support of that belief. In stark contrast, the firearms lobby has done everything it possibly can to shrivel or kill virtually every proposed piece of gun control legislation since the 1970s. Invoking the language of rights rooted in a sense of collective heritage, the pro-gun movement organized meetings, delegations and petitions, ran advertisements and political candidates, and wrote forests’ worth of correspondence. Arming and Disarming observes that in 1976, when capital punishment was still an issue, the number of letters to Parliament concerning gun control far exceeded those received on the death penalty. And much like other social movements with a legacy of coordinated action, Canada’s gun lobby has been remarkably—albeit not relatively—effective.

The situation in the United States is an inevitable point of comparison throughout Arming and Disarming. Fearing that we might inherit its gun culture, Canadian gun laws have been directly shaped in response to the American situation. As early as 1866, the Halifax Citizen wrote presciently, “our American cousins are rapidly becoming a people of firearms.” Brown notes that media reports of this type highlighted the “perceived differences between Canadian and American gun culture and regulation, and motivated appeals for new laws to cement these distinctions.” Brown identifies Canada’s handgun registry of the 1930s as a significant departure point in our comparative history with gun control. Partially as a result of that registry, American society currently has approximately 60 times more handguns overall than does our own.

Indeed, “modest” may even be an overstatement of the size of Canada’s gun industry. In researching Enter the Babylon System: Unpacking Gun Culture from Samuel Colt to 50 Cent, which I wrote with Rodrigo Bascuñán, I was only able to identify two Canadian firearms manufacturers of any magnitude, Colt Canada and Para-Ordnance, and I was recently told by a Toronto Star journalist that the latter may have relocated completely to the United States. (She explained that calls to the company’s listed Toronto phone number were going unanswered.) Without significant financial backing from the gun industry, Canadian organizations such as the National Firearms Association have failed to come anywhere near the lobbying clout of the NRA.

Arming and Disarming quotes Liberal senator Frederick William Rowe, who in 1974 said, “the most potent single lobby in the United States today is the National Rifle Association … [which spent] hundreds of millions of dollars, not to convey the truth to the people of the United States, and inferentially to Canada, but to distort the truth.” The NRA’s potency rests on the fact that the U.S. gun industry has used its ample resources to co-opt what is already a powerful social movement. In rallying its millions of members and directly lobbying U.S. politicians, the NRA is unlike any force here. The lack of such force helps explain 1995’s Liberal Bill C-68, which created Canada’s predictably controversial gun registry.

Arming and Disarming presents a history of gun control chock-full of irony—none more so than Stephen Harper’s about-face on the gun registry. The lone member of the Reform Party to vote for the original legislation, believing his Calgary riding supported it, Harper would eventually become prime minister in 2006 based partly on a promise to dismantle that same registry.

Brown’s book places important events such as the assassination of political figures in the United States and school shootings, including the Montreal Massacre, in context, accounting for their effect on Canadian gun laws, but more recent tragedies, particularly Toronto’s Boxing Day shooting in 2005, go somewhat surprisingly unmentioned. (Other more recent shootings such as the horrors in Newtown and Aurora, and the aforementioned Toronto BBQ tragedy, occurred after this book had gone to the printer.)

The public perception of an increase in gun violence among street gangs, however, represents a critical turning point. While the Harper government—having kept its promise to undo the registry—has the clear backing of the pro-gun movement, it has simultaneously ramped up developments in Canadian gun law, opting to do so through the Criminal Code, including the introduction of various mandatory minimum sentences for firearms offences. In my experience as a criminal lawyer in Toronto, these laws appear to be applied most often to young men of colour. As part of a tough-on-crime agenda—policies similar to those that have failed miserably in the United States—Canadians should be aware of, and filled with trepidation over, the current government’s approach to gun control.

The gun registry was a political triumph for the gun control and women’s movements in Canada, but it was also a significant drain on resources, creating a mammoth and marginally effective bureaucracy. Those who pushed for its creation would maintain that it succeeded in realizing its underlying purpose: making it more difficult to obtain and own any type of firearm in Canada with the addition of more red tape. The registry, however, was a political compromise.

Whether for white men or aboriginal people, hunting for sustenance or sport is an important tradition in this country. While there are some issues with the availability of any gun, there are relatively few problems with access to firearms appropriate for this pastime. Target shooting and, especially, gun collecting—particularly where it involves handguns—is another monster altogether. Given the very significant threat of gun theft from legal owners, and in view of the apparent devastation being wrought with handguns, a complete ban on handguns represents the only safe policy for our society.

Christian Pearce is a criminal lawyer in Toronto and co-author, with Rodrigo Bascuñán, of Enter the Babylon System: Unpacking Gun Culture from Samuel Colt to 50 Cent (Vintage, 2007).

Rifles and shotguns are the guns most often used to kill Canadians. They dominate violence against women, suicides, accidents and murders of police. Prior to... 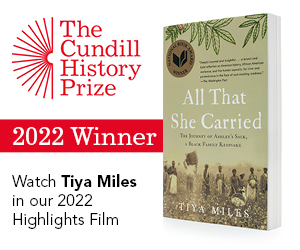