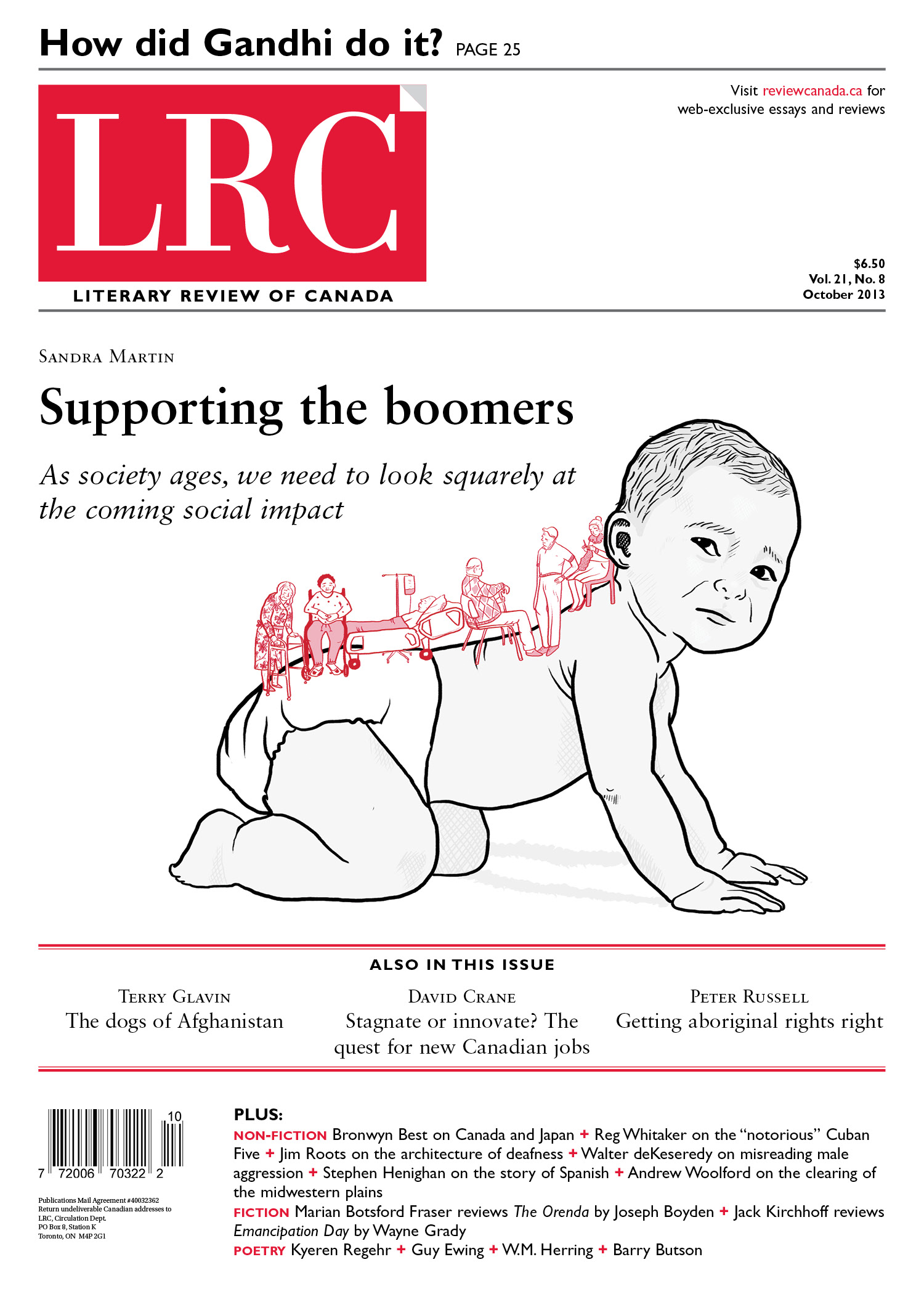 Re: “Facing the Future,” by Sandra Martin

Sandra Martin’s review of recent books on the fate of aging Canadians poses more questions than it answers. Martin describes a range of responses to our shared prospect of “not living longer, but dying longer,” but all of them serve only to amplify our collective worry. On the other hand, there is real hope for innovative solutions to our national demographic challenges. Not surprisingly, evidence shows that social isolation is the most dire predictor of poor health outcomes in older people. Canadian social innovations that take direct aim at isolation and the need for a family/professional team approach to care are attracting international interest and investment. The Canadian Human Rights Tribunal recently ruled in favour of a federal government employee’s right to compensation for relocation costs related to the serious illness of an elderly in-law. This ruling illustrates the growing trend to support families giving care to their aging relatives. When family care is supported, coordinated and shared, it bodes well for the health and well-being of all Canadians.

Re: “Getting Aboriginal Rights Right,” by Peter H. Russell

It is something of an honour for me to see my work read and discussed by a scholar the calibre of Peter Russell, who has long been a leading legal thinker supporting indigenous peoples in their struggle for aboriginal rights. Russell clearly understands and agrees with my main argument: that we need to distinguish sharply between aboriginal and human rights. However, he characterizes me as “frozen in the past” because of my “traditionalist” emphasis on hunting cultures. Let me respond.

The hunters I admire are not from the past. They live in a modern world that doesn’t want to own them. They are as “modern,” using modern technology and being alive to world history, as any peoples in the world today. The powers that be would like to support Russell in thinking of them as archaic vestiges, relics that do not belong to the narrative of progress. It is so much easier to justify practices that continue to dispossess them of their lands that way. However, a film like Atanarjuat, with its dramatic refusal of violent retribution constructed as a message of global relevance, could perhaps only be made by someone steeped in contemporary hunting practice (as its director, Zacharias Kunuk, most certainly is). The hunters I admire are defiantly a part of today’s world, producing messages of immediate relevance: not so easy to disown.

Hunters have never been supported by the logic of numbers that rules the blindness of our dominant logic. A democracy of numbers means hunters’ vital concerns over the continued, modern existence of their sustainable life ways rarely gets a proper hearing. And now that there are more aboriginal people living in cities, non-Natives with little background refuse to allow a moment to pass without broadcasting those statistics. As if assimilation were an accomplished fact. As if, now, finally, we can forget about those few archaic hunting “primitives.” The power of the call for justice of rural aboriginal peoples, though, was never about numbers, and never will be. It was always about what the Supreme Court calls the “customs, practices and traditions that are integral to the distinctive culture” of the indigenous peoples in question.

It is not that urban aboriginal people do not deserve a hearing. It is not that we shouldn’t appreciate the work of a new generation of aboriginal scholars, lawyers, doctors, artists, architects, political leaders, social workers, teachers and the like. But those hunting families, so few in number—their call for justice must not go unheard, must not be relegated to the back pages of contemporary history. Their call poses, in my view, the most important challenge to our very being as a nation.