Any big city mayor, when asked for ideas to make a better, stronger Canada, could talk about the absolute need for a new housing strategy, or for a national discussion about reducing traffic congestion and investing in transit. These things are important, and they require governments of all stripes to work together.

However, if I have learned one thing since being elected, it is that the real power to make change—extra­ordinary change—lies with everyday people doing everyday things with their everyday hands. It is time for a new movement in this country—a movement where people can make extra­ordinary things happen in their own communities. It is time for Three Things for Canada.

Shortly after becoming Calgary’s mayor, I pulled together a group of super-volunteers and asked them to come up with a way to get more people involved in our community. They came back to me with an idea called Three Things for Calgary. 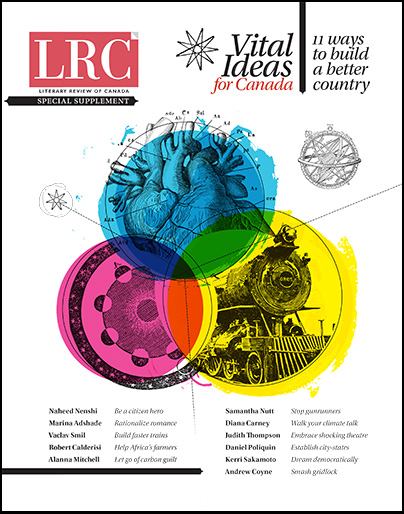 Three Things for Calgary encourages every citizen, every year, to do three things for their community. I have to admit that, at first, I was a bit skeptical this idea could work. I thought it was simultaneously too simple and too complicated. It was too simple because we did not tell people what to do or give them any ideas. It was too complicated because instead of asking people to do one thing, we were asking them to do three. What I did not realize was that those two elements were the true power of the program.

Since we did not give people any ideas on what to do, folks could think about their own skills and capacity and then figure out their Three Things for themselves. Whether it was shovelling the neighbour’s walk or starting a new non-profit organization, people could do whatever they were passionate about.

I have many stories of people’s Three Things that I often share. After the devastating floods of 2013, we saw thousands of Calgarians step up many times over to help their neighbours, their friends and complete strangers recover from losing nearly everything.

Citizens like Bev. Like many, Bev volunteered to help clean out strangers’ basements after the flood. After that experience, she realized that while we could easily replace people’s flooring and appliances and furniture, the memories associated with ruined photo albums and precious heirlooms were much more difficult to address. So Bev, a hobby quilter, decided to make a quilt for a family who had lost everything. It would be a strong quilt that the kids could use to make blanket forts. One the family could cuddle under to watch movies together on cold winter nights. A quilt that would last long enough to be passed on to future generations.

So with Bev’s help, one family had one new heirloom. Bev asked her friends to consider making their own quilt to donate, and soon quilters from as far away as Brazil were helping families feel whole again. In the end, 1,400 quilts were distributed to families across Southern Alberta who had lost so much in the flood.

Bev’s efforts embody the essence of Three Things for Calgary: identify your strengths, use those talents to improve your community and tell others so they can do the same. This lets each of us adapt to our own circumstances.

I have spoken about Three Things for Calgary to audiences around the country. It is clear that this is not a program that should be limited to one city. All Canadians are interested in making their communities better. People in places such as Wood Buffalo, Alberta, and London, Ontario, have already adopted it—and I encourage you to do the same. Everything on 3thingsforcalgary.ca is yours to take and use.

Just imagine: if every person across Canada adopted Three Things, we would have nearly 100 million acts of community building, large and small, in our nation every year. The result would be extraordinary.

Naheed Nenshi (@Nenshi) is serving his second term as mayor of Calgary.