Haruki Murakami is a prolific and distinguished novelist; Seiji Ozawa is an internationally renowned orchestral conductor. In December 2009, Ozawa was diagnosed with esophageal cancer and in the ensuing months, while receiving treatments, he underwent a back operation. During his difficult but successful recuperation and the modified return to professional commitments that followed, he and his friend Murakami hit on the idea of recording the frequent informal talks about music they had been enjoying, and transcribing the results as a book. Murakami makes no claim to “inside” music knowledge, but is an avid music lover and cherishes a large collection of musical recordings. The conversations, which took place during the period of Ozawa’s recovery, from November 2010 to July 2011, at various locales (Japan, Hawaii, Switzerland), therefore use a non-technical vocabulary.

What is music, what does it do, and how does it do it? The English Bach scholar, harpsichordist and organist Peter Williams, who died in February of this year, liked to pose, and attempt answering, these questions. Music’s essence, as an ephemeral, intangible phenomenon, has always been hard to deal with in words. The changing definitions of music and methods of musical consumption in recent decades have not made it any easier. Today, a pocket device may contain thousands of examples of recorded music from whole Beethoven quartets and whole Wagner operas to excerpts from Hamilton, each one referred to as a “song.”

A pianist “slows his phrasing way down”—but the musical term “phrasing” does not relate to fast or slow speed of performance (the word for that is tempo).

Absolutely on Music: Conversations is not a book for music lovers in the traditional sense. It is more a book for record collectors. “On music” is a misleading term for a title; it is more like “on performance.” The talks are mostly not about what the music is like (what it does) but about how performers treat it. Much space is given to comparing sounds—the “harsh edge” of the New York Philharmonic in general versus its “gliding along” character in one recorded performance, or versus the “milder sound” of the Boston Symphony or the “German sound” of the Berlin Philharmonic; or Ozawa’s recording of the Mahler First Symphony alongside that of Bruno Walter (“the sound is so different”)—­language that fails to convey anything very specific if music is the subject. The phrase “the music itself” occurs seldom in these conversations. As if sensing this shortcoming, Murakami makes parenthetical comments on their talks that sometimes offer a link to musical values. A lengthy comparison of two different takes of the finale of Brahms’s First Symphony helpfully connects the performing differences with the special nature of the passage being performed, namely the suspenseful buildup to the main theme: as the author notes, “the sound carries with it an important part of Brahms’s internal spiritual world.”

Speaking of the Saito Kinen Orchestra, which meets briefly once a year, Murakami comments that it still nonetheless “seems to have a certain consistency to its sound.” Ozawa agrees, and adds, “it’s an orchestra that strongly foregrounds the strings.” The reader tries to imagine how an orchestra would do that: by suppressing the clarinet solos or trombone chords in favour of whatever the composer has written for the strings, be it foreground or background? This may be a problem of translation: it would make sense to remark that the orchestra was noted for the strength or solidity of its string ­section. 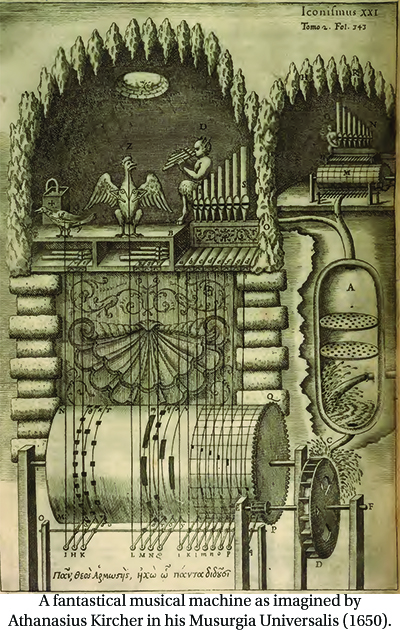 Likewise, a pianist “slows his phrasing way down”—but the musical term “phrasing” does not relate to fast or slow speed of performance (the word for that is tempo). “His action or touch or whatever you call it was just a bit slower than it used to be”: the terms “action” and “touch” have musical meaning, but again are not concerned with tempo. In such passages (and they are frequent) one gets only a vague sense of what musical quality is being commented on.

Not that commentary on music cannot be successfully addressed to lay listeners or even by lay listeners. A still-remembered New York critic, B.H. Haggin, once wrote Music for the Man Who Enjoys “Hamlet,” illustrating his text by references to LP recordings, with particular passages indicated by distance in inches along the disc as it plays. (Instead of distance measurements, Murakami uses indications of time, in minutes and seconds, in order to locate, for the reader, the specific recorded passages referred to in the conversations. If you do not have the recordings handy, a note at the end of the text tells you a “selection” is available on the author’s website.) In the preface to a collection of his writings (Music Observed), Haggin described his approach to listening as trying to distinguish between “the playing of the instrument and the playing of the music.”

A brilliant and knowledgeable current critic, Alex Ross of The New Yorker is exceptionally adept at conveying musical characteristics to non-­specialist readers. In The Rest Is Noise: Listening to the Twentieth Century, he evokes Shostakovich’s Fifth Symphony: “A brassy blast of D minor shoves us into the finale. The change is so wrenching that listeners may learn to dread its arrival. The pivotal notes D and A, which sounded pensively in the first movement, now thunder in the drums.” Or Act Two of Britten’s opera Peter Grimes: “in the middle of the D-major festivities a B-flat-major triad sounds low in the orchestra, creating a sudden, jarring dissonance.” Even if his public is a broad and general one, Ross is not afraid of mildly technical elements such as keys, notes or the important concepts of consonance and dissonance.

To exemplify intelligent and gripping writing about music by a lay listener, one may recall Brandy of the Damned—the title is a wry definition of music by Bernard Shaw, from his youthful stint as a music critic—a fascinating collection by the English writer Colin Wilson. Speaking of Aaron Copland’s Third Symphony, Wilson writes: “anyone who knows Billy the Kid quickly recognizes the Copland fingerprint in the opening bars—those remote sounding woodwinds suggesting night on the open prairie, that slightly Vaughan Williamsy melody which is nevertheless characteristically American.” These words may demand a certain experience, a certain listening background, but they aim to evoke the flavour of the music, rather than a manner of performing it.

Absolutely on Music was born when Ozawa and Murakami discussed the 1962 performance of Brahms’s First Piano Concerto by the New York Philharmonic under Leonard Bernstein, with Glenn Gould as soloist. This is the famous occasion when Gould insisted on playing the solo part with radically revised tempi and Bernstein made a short speech declaring that he would conduct out of respect for Gould although he disagreed. “Such a fascinating story”—“a shame … to let … [it] just evaporate,” Murakami says. Far from evaporating, the story is well known from every book about Gould. But this retelling has a fresh angle: in 1962 Ozawa was Bernstein’s apprentice and, because of the clash of views between conductor and soloist, he got to conduct a recording session of the Concerto (which was never released, although an aircheck of the live performance was).

This lengthy chat introduces Ozawa’s memories of Gould’s recording of the Third Concerto by Beethoven; he and Murakami then compare other recordings of that work, among them one by the Tafelmusik Baroque Orchestra and others that Ozawa himself conducted. As they listen to one performance and then another, exchanging comments, the reader realizes that they are conversing while the music is playing—without either participant ever interrupting with “shh, let’s just listen.” Adding up the lengths of recorded illustrations mentioned in this “First Conversation” (64 pages), one imagines their taped dialogue took something over five hours. Even longer would be the 82-page discussion “On the Music of Gustav Mahler” (headed “Fourth Conversation”), with its many references to recorded examples from (mainly) the Mahler symphonies. Again, the musical examples are observed (in talk-over) by their performing minutiae, not their musical features:

Oz: This part is very mild, too, isn’t it?
Mur: The sound is unified, and the quality of the playing is high.
Oz: Yes, but it could use a little more flavor.
Mur: I think it’s expressive, and it really sings.
Oz: But it’s missing a certain heaviness—a feeling from the countryside.
Mur: You mean it’s too clean and neat?

Such passages are frequent in the book, and they suggest that Murakami and Ozawa underestimate the ability of non-professional music lovers to understand the occasional term (“tempo,” “dissonance”) from the vocabulary of “the music itself.” It is also possible the apparent dumbing down is the translator’s fault rather than theirs.

The several mentions of Canadian musical events and personalities will please Canadian readers, especially older aficionados who recall vividly the strong influence Ozawa exerted during his short tenure (1965–69) as music director of the Toronto Symphony Orchestra. The mentions are sometimes vague or unintentionally belittling: the TSO was a young orchestra (meaning inexperienced?); Massey Hall was famous for its poor acoustics (were they that bad?). Ozawa had discovered Mahler during his time in New York with Bernstein, and, arriving in Toronto, he acted as a “pioneer” giving performances of the “little known” Bruckner and Mahler ­repertoire. The 1950s and early ’60s were a period when Toronto had three professional orchestras, the TSO, the CBC Symphony and the York Concert Society, with a considerable overlap in membership. Since it was before his time, Ozawa may be forgiven for believing that the music of Bruckner and Mahler was as unknown in Toronto as he makes out. It was a specialty of Heinz Unger, with his York group and sometimes with the CBC.

Ozawa made a striking emphasis on 20th-century repertoire during his tenure with the TSO, programming pieces not heard before in Canada by Ligeti, Takemitsu, Messiaen and others. New music has remained one of his special interests and skills throughout his career, but perhaps that interest is not shared by Mura­kami. However, there are several mentions of their shared fondness for jazz and of jazz performances they have enjoyed together. In general, the conversations concentrate on the European classics.

Ozawa turned 80 last year, and conducted in Germany and at his annual string institute in Switzerland. In May 2016 he was obliged to withdraw from scheduled appearances at the Tanglewood Festival owing to ill health, although later in the year he conducted at a festival in Japan.

John Beckwith once played piano in a Toronto Symphony Orchestra performance conducted by Seiji Ozawa. On April 28, 2017, New Music Concerts in Toronto will present three compositions by Beckwith, two of them premieres.

I have no particular problem with the review, just as Beckwith is more puzzled by Haruki Murakami’s book than scornful of it. Fair enough: it’s a puzzling book, comprising transcripts of long conversations Murakami had with the eminent conductor Seiji Ozawa...