The liberal humanist vision of the world imagines society on a slow, yet progressive march toward a more egalitarian, equitable, and free version of itself. Yes, there are the unfortunate missteps, the violent histories, and the regrettable mistakes, but our overall trajectory is toward greater freedom. It is out of such hopeful visions of the world that we get the Instagram progressivism of Trudeau 2.0 and the mantras of “Because it’s 2015,” and “Yes we can!”

Dionne Brand has long been a voice of staunch correction and opposition to this liberal optimism. Since her earliest work in the 1970s and 1980s, Brand has been interrogating the myths at the heart of such liberal narratives as well as the languages in which we tell them. Her work questions the “we” invoked in these fantasies, asking who is marginalized in this narrative, whose voices silenced, what histories erased, and whose bodies sacrificed. Yet Brand’s work goes much further than this. Indeed, if the title of political poet is sometimes a backhanded compliment—implying a technical amateurism that subordinates aesthetics to activism—Brand’s work is political in the best sense. For Brand, poetry is always political because it wrenches us out of our daily complicity and invigorates our democratic and utopian imaginaries with a renewed vision of what the world could be.

Brand’s two latest books, The Blue Clerk and Theory, evoke a poetics that cuts through the narrative of liberal humanism. These works are infused with her dual “commitment to art as liberation” and to the “miracle” of expression. The miracle of Brand’s writing lies in her ability to transfigure our frustrations with the world as it is into an expression of a desire for how it could be otherwise. As such, both texts combine historical consciousness with meditations on longing and hope in order to elevate individual, immediate desires into utopian impulses for what Rinaldo Walcott calls a “freedom to come.” 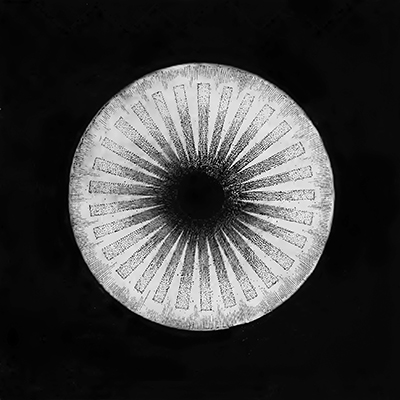 The Blue Clerk is an ars poetica, a reflection on the import of poetry, in fifty-nine versos (give or take). The two figures in the text, the author and the clerk, engage in a poetic dialogue concerning the relationship between writing and the world, Brand’s influences, reflections on Brand’s own work, and a consideration of black diasporic life. Theory is a confessional novel in which a narrator, dubbed Teoria by one of her lovers, reflects on three relationships that have shaped her all while she struggles to finish an ever-sprawling doctoral dissertation. Theory might be read as an ars Teoria that asks the reader to consider the political value of love and the ethics of theory and writing in times of political and ethical crises. In both works, Brand turns away from traditional narrative forms, suggesting that they are inadequate. Instead, it is through a blending of poetic and narrative voice that Brand’s newest writing lives up to its own political ethos, what Brand has called, in the pages of this magazine, her “obligation to a future world.”

The Blue Clerk bears traces of Borges’s tradition of fictional dialogues with himself (see “Borges and I”). The clerk and the author may be two voices in Brand’s mind, two figures wholly their own, or the same poetic persona. The text suggests these possibilities and more:

I am the clerk, overwhelmed by the left-hand pages. Each blooming quire contains a thought selected out of many reams of thoughts and stripped by me, then presented to the author.

I am the author in charge of the ink-stained clerk packing the dock. I record the right-hand page.

Indeed, the book opens with the speaker’s assertion that “I have left this unsaid” and Verso 1 begins with a description of “What is withheld is on the back. A stack, a ream.” As the author and clerk move through the versos they survey the left and right sides of Brand’s writing, reflecting on poetry’s capacity to register silence and absence alongside what is “unsaid” and “withheld.” Yet “withheld” bears multiple interpretations: it is both that which is excluded from the text proper but also that which is “held” “with” the poet as a kind of embrace.

In Verso 1.1.01 the author contrasts Borges’s recollection of his father’s library in Buenos Aires with her own memory that “I had no Library.” Her childhood recollection of reading a threadbare copy of Don Quixote, “the kind of refuse, or onion skin, they give schoolchildren in colonial countries,” reminds her of her grandfather who kept logs of the rain, the sea, “the acreages of coconut and tania; the nuisance of heliconia; the depth of two rivers; the length of a rainy season.” Against the thinness of the books and imagination on offer in her colonial library, the author reflects that her grandfather, with his lists of the rhythms of the world, mappings of clouds, and measures of the ocean, “was my library.” Absence is transformed into presence through the act of poetic illumination: from memory, her experience of the world, natural phenomena, and affective experience, she comprises her own library of poetic inspiration and language of possibility.

The author takes time and pleasure to dwell on language: in addition to aphoristic reflections on the natural world and on the synesthesiac sensations associated with “blue,” “violet,” and “lemon,” the fragmentary versos survey the terrain of Brand’s influences from Thelonious Monk and Gabriel García Márquez to Plato and Basquiat. Later versos reflect more explicitly on Brand’s writing as in the description here of Brand’s long poem thirsty: “There is a trio of women on a corner waiting for time to start them and a man who falls down a staircase when the policeman shoots him. There’s the author, the clerk, the poet, that flâneur, collecting streets.”

The Blue Clerk is replete with such images of transfiguration and anticipation; the author imagines meeting her “young and tender self” on a subway and wondering whether she anticipates the changes to come for herself and her city. Yet the possibility of transformed selves is always shadowed by the threat of violence: she recalls how, early in her life, she “came to the city and it wasn’t the city yet…And to tell by my poetry there’s always a policeman and a hyphen…which is why there is a policeman to manage the hyphen and to manage the languages and to manage the signs.” Thus the promises of an unmade city and of hyphenated identities brimming with possibility are constantly curtailed.

George Elliott Clarke has critiqued this aspect of Brand’s writing on identity. In his review of her Map to the Door of No Return he accuses her of employing “glittering, dreamy prose, also occasionally incisively intellectual, to bespeak unplumbed confusions about identity and belonging.” Where Clarke seeks clarification, Brand opts for complication. Clarke calls for black writers to escape “the haven of the hyphen,” offering the neologism of “Africadian” as a liberal suturing of African and Canadian. For Brand, this is far too simple. The Blue Clerk does not aim to resolve “the confusions about identity” but rather asks how it feels to live in the space of the hyphen, policed by a society that recognizes you only on its own terms while you grasp for another story, another version of yourself. Indeed, for Brand it is Clarke’s “Africadian” identity that is an unreliable haven, particularly as it represses the ways that black people are always seen as extrinsic to the nation. She explains that “to make a poem, for me, is to create that space where not only the vulgar and the brutal exists but language opens places where someone might actually recognize themselves outside of the short instrumental stereotypic location that in public they occupy.” Against the desire to resolve identity, Brand delves deeper, peeling the layers of history in order to illuminate the complicated relations, corrupted languages, and sordid origins that comprise black people’s being.

Brand extends this project in new directions in Theory, a confessional novel in which Teoria narrates her relationships with three lovers—Selah, Yara, and Odalys—alongside her own struggle to complete her dissertation. Bizarrely, the blurb on the back of the book insists that the three women represent “the heart, the head, and the spirit” but this seems an oversimplification. Rather, the reader is asked to consider the degree to which Teoria actually comes to know these women or whether they are merely chimeras or tropes constructed out of her endless theorizing. Theory appears as both a resource and a trap: simultaneously providing a vocabulary for articulating political hopes and desires and standing in for real experience and love while sublimating action into more words.

With the bulk of the narrative focusing on her three lovers, Teoria is an unknown, ghostly figure throughout most of the text. She begins: “All my life I’ve sat at an angle observing the back and forth of other people’s lives…I excelled at finding just the right distance from actions and conversations.” Is it this “elliptical” stance toward the world that leads Teoria into the world of theory and endless dissertating? If theory is a substitute for real desire and political action, then has Teoria retreated into this theory-world in order to maintain this “right distance?”

In a book about language and theory, Brand appears to be asking what language can actually do in the world. Indeed, language becomes a literal trap for Teoria as the endless drafts of her dissertation slowly take over her apartment. Yet the book also appears to ask what happens to political action when it is caught up in endless theorizing. Teoria ponders this herself, explaining, “The philosophical question for me became how to reconcile the clear and dangerous everyday and dreadful emergencies of the social world, and one’s obligation to rid the world of them, with the desire for peace, for calm in this social moment.” Perhaps more interesting than Teoria’s actual question is her struggle to break through her stilted academia-speak in order to find her own language that might actually articulate her desires.

Theory is not, however, a mere philosophical tract dressed up as a narrative, but a formally inventive novel that blends philosophy and confession in order to address Teoria’s concern of how to link desire to political action. Where The Blue Clerk operates via contrapuntal exchanges, Theory is a far more monological, confessional narrative. Yet there are also intriguing excerpts from the fictional dissertation, attributed to Teoria and Christina Sharpe or Teoria and David Chariandy: the eruption of other voices suggests formal similarities between the theoretical-confessional form of Sharpe’s In The Wake: On Blackness and Being, Chariandy’s I’ve Been Meaning to Tell You, and Theory. Chariandy’s and Sharpe’s texts comprise a blend of the personal, critical, and theoretical, and provide a model for the kind of writing that Teoria struggles to articulate.

Both of these important books illuminate and provoke, yet neither is didactic, and Brand employs doubt and self-questioning to query her own conclusions. At the heart of both texts is Brand’s scepticism of notions of liberal humanism, and its attendant forms of narrative, with its acts of “unseeing.” Teoria describes it in plain terms, describing a grad school colleague: “She’s a humanist, whereas I am a…well, certainly not a humanist. Humanism is the graveyard of people like me.” Her ellipses speak volumes, evoking the voices and histories “withheld,” and her desire for another story, another identity, and a “freedom to come.”

Paul Barrett is an assistant professor in the English department at Concordia University. He is the author of Blackening Canada: Diaspora, Race, Multiculturalism. He writes on topics of race, digital humanities, and public culture in Canada. 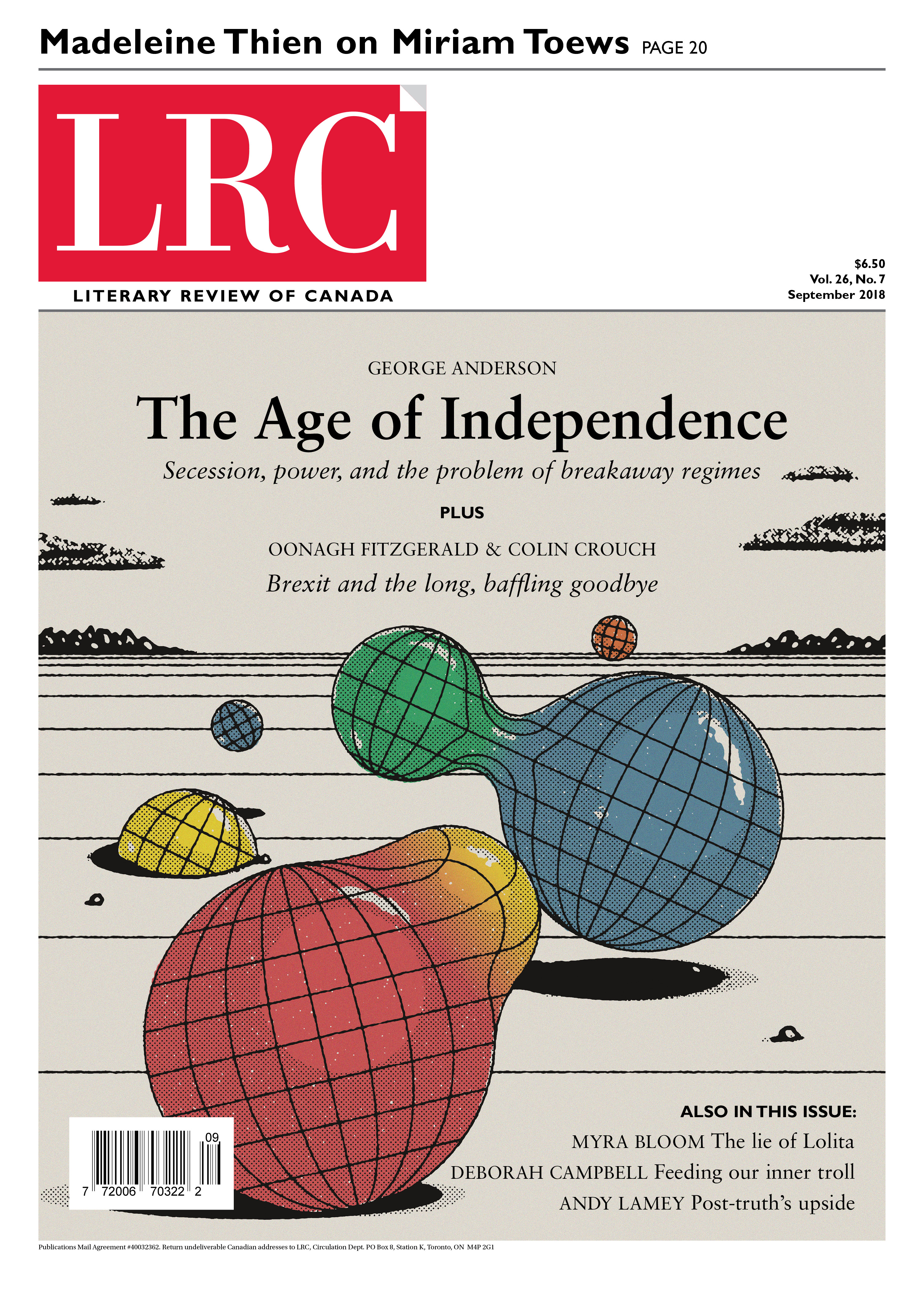