We Have Always Been Here: A Queer Muslim Memoir

Bilal asks his sister Samra Habib, in her new memoir, the same question I am often asked by well-­meaning friends who can’t completely conceal the dismay in their voices: “Why do you need to call yourself Muslim?” This question, I suspect now more than ever, is regularly asked of liberal or moderate Muslims living in the West. I practise very few of the tenets of the faith and disagree with most, having decided long ago that I am not religious. But, like Habib, I persist in calling myself Muslim.

Habib rephrases her brother’s question, to unpack the real curiosity behind it: “Why do I feel loyalty toward Islam when, as Bilal sees it, Islam isn’t always kind toward Muslims like me?” Habib is a dual citizen; she is Pakistani and Canadian. But her dualities go beyond geopolitical labels, in ways that have always appeared unquestionably incompatible. She is Muslim, and she is queer. 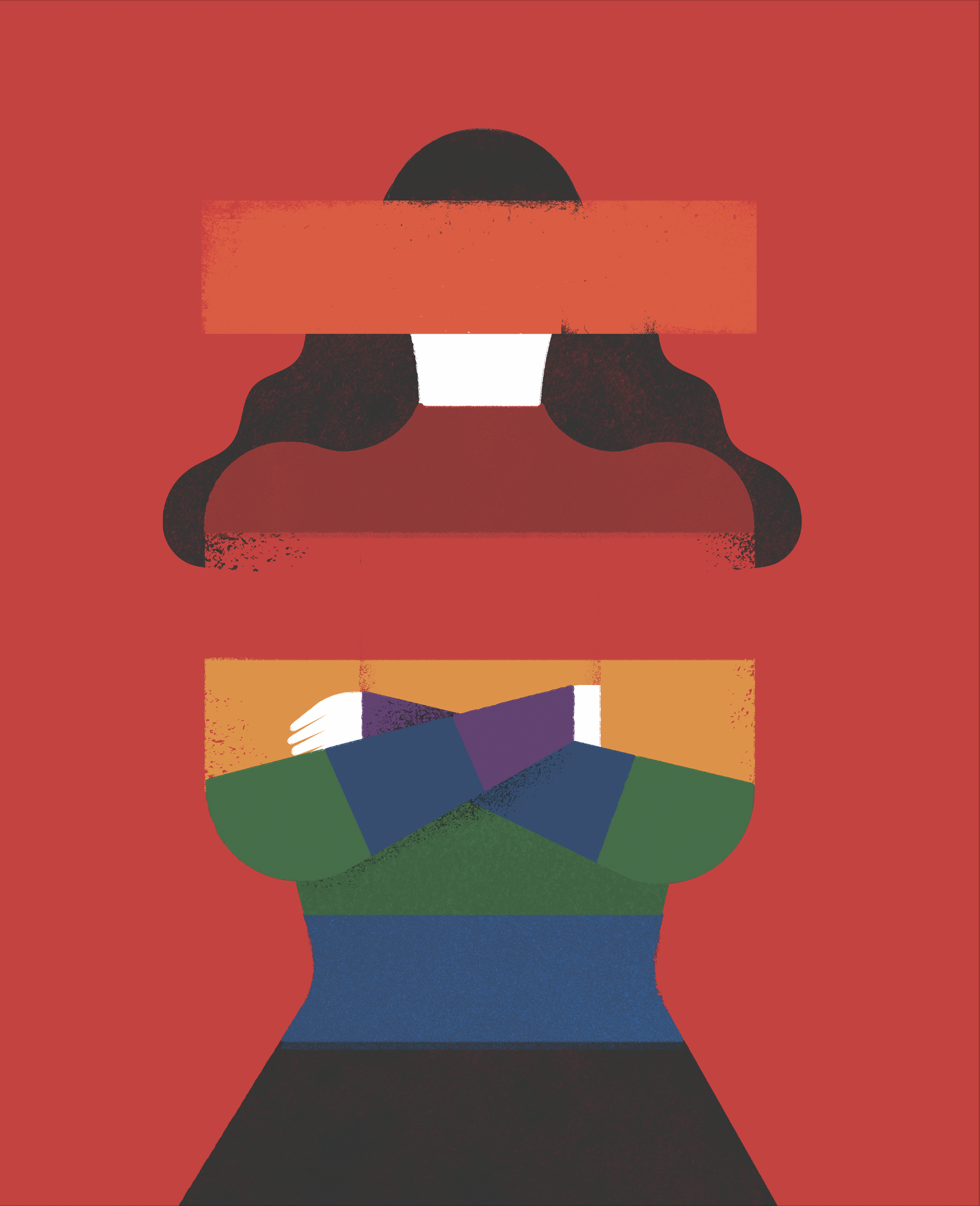 We Have Always Been Here will not make for light summer reading: It delves into topics of emotional and sexual abuse, mental health, religious extremism. It is not meant to satisfy a voyeuristic fetish for Islamic sexuality (it contains only one or two glimpses of actual desire). Nor is it meant to offer tidy solutions. The thirty-­eight-year-old author offers no blanket answers, just candid testimony as she grapples with issues of representation. “Would writing about my arranged marriage feed into the already prevalent Islamophobic attitudes?” she asks at one point. She never really answers the question, because she’s not sure she knows herself. What she does know is that “not being able to talk about those experiences significantly harmed me as I was coming to terms with my queer identity.”

The narrative unfolds in a linear fashion, beginning in Lahore, Pakistan, with Habib musing about her unusually bald head, at age five: “My barber had discovered head lice before giving me my monthly bowl cut.” We are then swiftly immersed in a whirlwind of sensory descriptions and fast-paced events. The smell of spices and incense serves as a backdrop to her childhood as an Ahmadi Muslim, part of a persecuted sect within the faith that believes a promised messiah came after Muhammad, reviving the faith and establishing their community in 1889. Oppression and misogyny are other common motifs, as Habib tells us early on:

I’d only ever been surrounded by women who didn’t have the blueprint for claiming their lives. There were my aunts, who would never be caught socializing without their husbands present — certainly not publicly. . . . And there was my mother, who was notified of her own name change only when her wedding invitations arrived from the printer. She stared at one for a few moments, wondering if my father had changed his mind and was marrying someone else instead. Without consulting her, he had decided that Yasmin would be a more suitable and elegant name for his wife than Frida. It was one of the first signs that her identity was disposable.

When she was young, Habib’s family fled the home searches, the killings, the legal inequity that face many of the world’s roughly 20 million Ahmadis. They arrived in Canada, in 1991, as refugees.

Samra Habib has written about fashion, luxury goods, race, and Islamophobia in publications as varied as the New York Times and The Advocate. But she is perhaps best known for her online photography project, Just Me and Allah, which blends portraits of LGBTQ Muslims from around the world with first-person reflections on queerness.

As a photographer with an activist perspective, Habib has stepped into a space few have documented. Vanity Fair, Vice, the Washington Post, and others have featured photos from Just Me and Allah, but We Have Always Been Here offers a fresh behind-­the-scenes look at how she has put it all together — and why. “Not many Muslims come out — many suffer horrible backlash and danger for doing so,” Habib explains. “What if I could lessen someone else’s pain of feeling like they didn’t belong simply by presenting my authentic queer self instead of hiding? Perhaps merely daring to exist openly was a radical act.”

With a voice that’s rarely heard, Habib considers LGBTQ rights in Islamic culture through a personal exploration of sexual identity; hers is an uncommon look into the life of a queer Muslim. Perusing Habib’s Instagram account, or watching her on YouTube, it’s hard to believe she ever covered her head or concealed her sexuality. But as a teenager, she longed “to be considered beautiful, to show that hiding underneath my hijab was hair that was just as admirable as that of other girls.”

Today, her dark-brown curly hair — one of her most attractive features — cascades over her shoulders. She wears vibrant red and pink lipsticks. She exudes confidence. Because she worked so hard at how she speaks, to avoid bullying in school, her English has no discernible accent. Yet Habib remains keenly aware of the privilege — whether hers or someone else’s — to explore sexual freedoms that are difficult or impossible for many:

Much has been written in academia about queer Muslims, but often the ideas and findings are disseminated by scholars who have far more privilege than the subjects of their work. I’ve sat on panels where I felt excluded from conversations by the barrier of academic jargon. It seemed as though meaningful dialogue was available only to those with a PhD.

She points to “inaccessible” language, “written by academics in Ivy League schools,” that fails to comfort queer Muslims “who fear for their lives every day.” Such scholarship does little to help those “walking down the streets of Punjabi villages or meeting a potential love interest for the first time in Tehran through a dating app.”

El Farouk Khaki, a refugee and immigration lawyer, human rights activist, and former NDP candidate in Toronto, represents an alternative approach to the ivory tower. Habib spends a chapter discussing Khaki’s journey from Tanzania to British Columbia to Ontario, and Unity Mosque, the queer-affirming prayer space he co-­founded in 2009 with his husband, Troy Jackson. “I tried to hold back my tears,” she says of her initial visit. “For the first time I was witnessing a version of Islam I could be a part of. After being scolded and frozen out, I now felt that Islam was welcoming me back into its arms.”

Curiosity drew me to visit Unity Mosque too. Like Habib, I was blown away at the sight of a Muslim service without gender segregation, with a voluntary hijab policy, and with group prayer led by a woman. Moved by that experience, I posted about it on Facebook. Shortly after, a Muslim friend from Morocco left a comment: “Tell them to start their own religion.” I quickly understood why Khaki and his congregants have elaborate security measures and are strict about privacy. Naturally, Habib remains vague about the mosque’s exact whereabouts for this reason.

But it’s clear that Islam (and Islamic scholarship) is changing, stirred from within and progressing organically. A wave of feminists have pushed back against the patriarchy with groundbreaking interpretations of the Quran. Books such as Women in the Qur’an: An Emancipatory Reading by Asma Lamrabet — a controversial and trail-­blazing scholar — are challenging traditional dogma through the very tool that has been used, for centuries, against women and sexual minorities. “The real problem with Islam as a religion is not inherent in the scriptural sources,” Lamrabet has argued, “but in the millenary interpretations which are human contributions that reflect the sociocultural backgrounds of different Muslim theologians.” Third-way feminists like Lamrabet believe — and substantiate with theological ­evidence — that Islamic law reflects a biased understanding of the Quran. Feminist readings like theirs reveal that Allah is not, after all, the source of oppression.

We Have Always Been Here shows what it takes to extract oneself from the current of unquestioned religiosity, to discard a culturally entrenched identity, to then slowly rebuild with intention and purpose. Habib eventually makes peace with her struggles to understand, forgive, and connect with her traditionally conservative parents — her mother especially, the one who arranged Habib’s marriage at sixteen without her consent or knowledge. But that doesn’t make it easier, or safer, to share what is a desperately needed narrative.

“Perhaps because of my experience as an Ahmadi child in Pakistan,” Habib writes near the end, “fear usually doesn’t deter me from working on the project or from writing what I feel I have no choice but to write. I’ve already experienced what living in fear feels like.”

This brave coming-­of-age account comes to an end as the adult author returns to her younger self, consoling her inner child in a self-­addressed letter. She says to be patient, to question, to learn. But, most importantly, she tells herself, “Breathe. There will be so much joy!” We Have Always Been Here is more than an answer to her brother’s question about Muslim identity. It’s a heartfelt act of resistance for queer Muslims and progressive Islam everywhere.

Sheima Benembarek is a recent graduate of the King’s College master of fine arts program.