As a PhD student at the University of British Columbia, I attended a lecture by the American novelist and environmental activist Wendell Berry. He reflected on civilization and the world by thinking about nature’s elegant solution: the organic cycles where there is no such thing as waste. Berry reminded us of what most schoolchildren know today — that nature works only when it can recycle everything. Trees take nutrients from the soil to produce leaves. These leaves return to the soil as nutrients for the next generation of growth. And so on.

But humans long ago began breaking that tidy cycle, thereby creating two wicked problems: we destructively extract resources from the environment, and we struggle to dispose of the waste. Instead of environmental harmony, we have soil degradation and deforestation at one end of the economic pipeline and water pollution and waste at the other. Capitalism and the Industrial Revolution only exacerbated our impact, with more and more of us living in a take-make-waste economy. Resources from the natural environment spend a brief moment in our global economy, and then are deposited in landfills. Berry’s point was that we had forced a linear approach on a circular world. 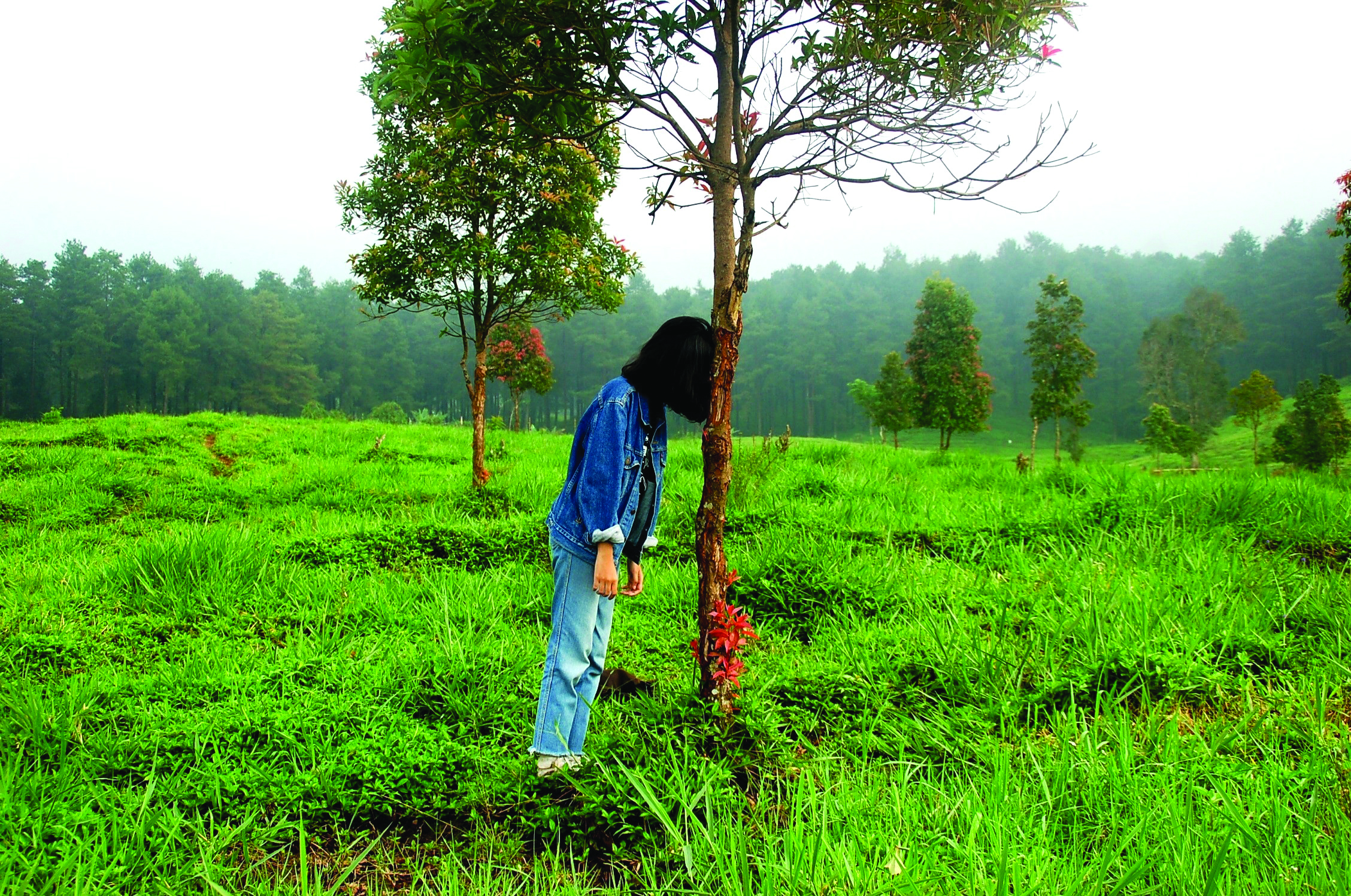 The disheartening signs of climate change are all around us, but maybe there’s still hope.
Image by Creative Commons

Notwithstanding the dangerous insanity of the current moment — with signs of climate change all around us — there is hope we are finding our way back to the elegant solution that Berry thought we had abandoned. Consider a dimly lit room just outside of Cambridge, Ontario, filled with large plastic containers brimming with bugs squirming on beds of wasted food. The white wormlike maggots, the larval stage of black soldier flies, eat stuff that would otherwise end up in municipal composters (or, worse, landfills). Instead, the result is high-­quality feed supplements for livestock. The facility is run by a five-year-old start‑up, Oreka Solutions.

Oreka-­style companies are springing up all over the place, and we can expect even more of them. On a rainy afternoon this past spring, for example, I found myself crowded around a computer terminal watching a live-­streamed announcement. The atmosphere was akin to that of the NBA Finals, but in this case, the hometown favourite was a grant application to Ottawa’s Smart Cities Challenge program. The City of Guelph and the County of Wellington had co-­proposed Canada’s first Circular Economy of Food — a collaborative, technology-­powered food-­secure ecosystem. With all the drama of a Kawhi Leonard buzzer beater, the federal minister of infrastructure and communities gave the $10-­million Guelph-Wellington proposal the win.

By turning waste into products with real value — thereby saving the environment, reducing poverty, and boosting the economy — municipal and regional governments and private businesses like Oreka are pointing us back to the elegant solution of old.

Not everyone is so optimistic, of course. Even if some are rediscovering nature’s elegant solution, we may not have time to turn around this crisis before it’s too late. That’s certainly the perspective of Darrin Qualman, who takes readers on an eloquently argued, restlessly paced tour of humanity’s environmental folly in his new book, Civilization Critical.

We know we are living through an age of mass extinction, and Qualman presents a litany of eye-­popping statistics to drive home the point. As he sees it, humanity is nothing more than a seven-­billion-headed asteroid crashing through the ecosystems of our planet. “Humanity and our domesticated livestock now dominate the Earth, making up 97 percent of all vertebrate animals on land,” Qualman explains. If you take our livestock, our pets, and us, we’d weigh thirty-two times more than all the wild land mammals and birds put together. The biomass of domesticated chickens alone is “more than double the total mass of all other birds combined.” If ecological diversity is a sign of a healthy planet, we’re not doing too well. Then there is the precipitous decline in pollinators, which give us one in three mouthfuls of our food. While motorists save money on windshield washer fluid, the loss of flying insects heralds food shortages everywhere. (Qualman does not mention this last example, but it certainly contributes to the larger problem.)

Coming from a farming background and a career working for Canada’s National Farmers Union, Qualman draws many of his examples from agriculture. He paints a vivid picture of the linear flows of our economy cascading off our fields as surplus nutrients and petroleum-based fertilizers: “Half to two-thirds of the 100 million tonnes of synthetic nitrogen applied annually misses our food crops entirely and is lost from the soil into the atmosphere and into rivers, lakes, and oceans.” Our inefficient food system is responsible for 30 percent of global greenhouse gas emissions, while agriculture represents the world’s biggest source of water pollution. Rising temperatures and contaminated runoff lead to both dead zones and algae blooms, including those recently reported in Lake Winnipeg and Lake Erie.

The statistics Qualman enumerates are unlikely to become less alarming anytime soon. As the Economist has put it, because of projected population growth, more food must be produced over the next generation alone than has been produced in total over the previous 10,000 years. But, as Qualman points out, producing all this food is just one problem. Catastrophic inefficiencies from field to fork are another. We waste a third of the food we currently produce, for example, and it takes 13.3 calories of (mostly fossil-­fuel) energy to produce just one calorie for human consumption.

If Civilization Critical doesn’t ruin your appetite, it may give you pause the next time you swipe or click. Throughout his book, Qualman shows how our smartphones and other electronics epitomize the economy’s dependence upon fossil fuels and waste. Every second, the world’s factories turn out 17 trillion transistors, which power televisions, computers, and phones. And because a new device is always in easy reach, we generate “45 million tonnes of e‑waste per year, which includes the more than one billion cell phones trashed annually.” Only a fraction of these phones, with their precious metals and e‑waste, are recycled. What’s worse, Qualman points out, is that most of the supposedly recycled devices are simply exported to countries with lax environmental regulations, “where crude ‘backyard’ techniques are employed.”

Diving deeper into these issues, Qualman tries to diagnose the current predicament by introducing the reader to “complexity theory.” In a way that’s reminiscent of Jared Diamond’s seminal Guns, Germs, and Steel, he moves through the hist­ory of civilization, rehearsing the ways society typically responds to problems by creating ever more complex structures. Qualman notes that the linear economy is (ironically) predicated on dangerous feedback loops. For instance, warmer temperatures caused by carbon emissions lead us to build more air conditioners. But these same air conditioners result in more carbon emissions, which drives further temperature rise. Such harmful feedbacks make it hard for us to apply meaningful brakes to a society that seems to be spiralling out of control. By walking us through the history of complexity, Qualman reminds us that many of today’s problems have antecedents in yesterday’s struggles.

Ultimately, Civilization Critical joins a post-war chorus of books that insist humanity’s impact on the planet has gone up like a rocket since 1950, mirroring our exponential population boom. Page after page, one can feel Qualman’s pessimism: we are living through the End of Times, and there seems to be only one grim way the story can end.

Perhaps to alleviate the sense of doom, Qualman ends with some relatively short chapters on solutions, governance, and sustainability. By contrasting the linear and circular economies, he offers a new take on the apocalyptic Malthusian ­arguments that have proliferated in the environmental literature since the eighteenth century. To the end, however, Civilization Critical retains a dark and despondent tone, and Qualman does not lay out much of a blueprint. His powerful grocery list of problems means that the book is weak where we need it to be strong.

Additionally, Civilization Critical does not do justice to the positive changes that are happening right now. Yes, we may throw out too many smartphones, but we are also installing promising new digital technologies in our barns and in our fields. It’s only now that we’re truly connecting the disparate nodes of our complicated food supply chain, which links farm families in Ontario and Saskatchewan to producers, grocers, and food companies all over the world. These technologies are heralding a new agricultural revolution, bringing the ability to produce more food on less land with fewer inputs, and with advances in ­animal care.

Take the next-­generation smart tractor, which will be able to drive itself and “know” where it is in the field. This means farmers can plant the right seed in the right place and apply the right amount of fertilizer with very little waste. While the technology hasn’t fully matured, it will likely be a common sight in our fields within the decade. Or consider robotic milkers, which are now quite common on Canadian dairy farms. They allow cows to milk themselves in ways that reflect individual preferences, thus unshackling both farmers and farm animals from a gruelling schedule. These high-tech milkers also monitor animal health in near-real time, and they maintain welfare and productivity while reducing potentially harmful inputs, such as antibiotics.

Such technologies are shrinking our environmental footprint, but they are no panacea. No technology ever is. We still live in a world with a deeply inequitable economic system that locks farmers into a situation where they have few choices other than to exploit the environment. Furthermore, disruptive technologies have the double-edged potential to harm the fragile labour markets of small communities. But even with their limitations, these technologies, including new plant-based proteins that are just now coming on the market, promise at least partial solutions to many of the problems Qualman describes.

I was in my twenties when I first heard Wendell Berry discuss the elegant solution. More than two decades later, businesses like Oreka Solutions and community efforts like the Guelph-Wellington Smart Cities project are bringing it back to the fore with an increasingly circular economic model.

Perhaps it’s all too little too late. Perhaps Qualman’s pessimism is well placed, and we really are entering the last chapter of humanity’s 10,000-year run. But I hope not.

In Guelph, in Vancouver, in places all over the country, committed civil servants, academics, business leaders, and NGOs are working to ensure that the history books of tomorrow include chapters on twenty-first-century solutions to our food and energy crises. A large, multi-stakeholder movement, not given attention in Civilization Critical, is committed to ensuring future generations don’t look back at this moment and see only terminal decline. If we do our job right, they will certainly see a tipping point — but one when we recommitted to that elegant solution nature offered all along.

Evan D. G. Fraser is director of the Arrell Food Institute at the University of Guelph.