Food and the City: Urban Agriculture and the New Food Revolution

The Urban Food Revolution: Changing the Way We Feed Cities

Food pairs well with writing. Writerly minds are attracted to the food and agriculture scene, and the food and ag scene comes across well on the printed page.

It may be because food, agriculture and writing occupations all rely on compulsive-obsessive passion as the substitute for a financial motive for staying in the—pardon the pun—field. It may be because all the people who work in food, agriculture and writing live in hope of doing better next year. Possibly, there is an allure of romance in the job of preparing food and text. Or perhaps there is a common appreciation of culture, because agriculture is certainly as much an expression of human culture as writing.

Today’s food movement has certainly been well served by excellent writers. Indeed, the food movement has done much better in the hands of writers than shoppers. My estimate is that less than 5 percent of food sales in North America express some quality—be it certifiably local, sustainable, organic, fair or ethical—advocated by the food movement. But, judging by news reports or books, food and agriculture’s share of mind is certainly higher than the modest share of market would indicate. 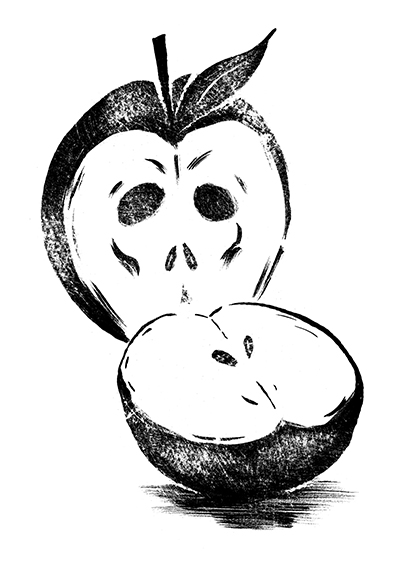 Whatever accounts for the pleasant pairing of food and writing does not correspond well with the grubby reality of what people actually eat. Perhaps this huge chasm between what is written and digested by the mind and what is paid for and digested in the tummy has a bearing on frequent statements by writers about the revolutionary nature of how the food times they are a-changin’.

I enjoyed a relaxing but stimulating weekend reading both the excellent books under review here, but the thing that stuck in my mind’s craw was the high-profile reference to revolution in the titles of both Jennifer Cockrall-King’s Food and the City: Urban Agriculture and the New Food Revolution and Peter Ladner’s The Urban Food Revolution: Changing the Way We Feed Cities.

After acknowledging that I know both authors personally and am well treated in both books, I want to say that I learned a huge amount from both books. I read them cover to cover and destroyed them cover to cover with my dog-eared pages and scribbles everywhere. The authors, both professional journalists, are fine researchers and know how to tell a good story with fluid prose. Their distinctive approach and focus—Ladner examines urban agriculture as one part of a local food system, while Cockrall-King sticks pretty close to city farming; Ladner’s chapters treat themes, while Cockrall-King’s deal with places—are different enough to reward readers who go through both.

Both authors also show sound judgement, except in one regard—the revolutionary icing they try to impose on the cake. Because there is so little to quibble about with the insides of the books, I have no choice but to judge the books by their covers, and challenge their effort at a revolutionary framing of their topic.

I should own up to my own somewhat conflicting experiences that have led me to be picky about overplaying the revolution word. Going back many decades to my misspent youth, I was an active participant in the revolutionary socialist movement and learned a fair bit about the magnitude of revolutionary commitments—a magnitude that, for good or ill, is quite absent in what is called the food movement. As far ahead as I am able to see, the food movement will remain a spur to continuous improvement, as we edge ahead from half to one percent of food sales taking place at farmers’ markets, from 2 to 5 percent of food sales being local and sustainable, and from 10 to 20 Canadian cities with food charters that identify food as a municipal set of obligations and opportunities. Many of us may share a revolutionary zest and eagerness for such changes, but to identify that level of modest reform with revolution totally misses the point of how far we are from profound change.

Going back fewer years, I spent the first decade of the 21st century working for the Toronto public health unit, managing the Toronto Food Policy Council. In that capacity, I spent a lot of time learning how to express the goals of the food movement as deliverables of essential amenities and cost-effective programs that cities should invest in. “Nobody wants real change,” my wife, Lori Stahlbrand, would often say with exasperation, as she faced layer after layer of resistance to her efforts through Local Food Plus to incrementally increase purchases of local and sustainable food at a number of university campuses, municipalities and specialty restaurants. Alas true, I usually replied, which is why we work so hard to sell the steak, not the sizzle—the continuous improvement, not the gut-wrenching change—and to make improvement feel as easy, natural and non-revolutionary as possible.

Contrasting experiences over my own life, in other words, put me in a position where I see the weaknesses of the r-word from two very different sides.

To be fair to Ladner and Cockrall-King, aside from the rhetorical claim on the title page and a few other places, they generally present local and homegrown food as positive amenities relatively free of confrontation, polarization or power upsets.

It is their writerly minded framing that is a problem. Indeed, if I judged their books the proper way—by their insides, not their covers—I would have to say that they overplay revolution but underplay the transformation that local and homegrown food might actually engage.

First, the most important reality to understand about the agriculture and food scene is not radical challenge, which in reality engages a relatively small number of mainly middle-income North Americans, but ongoing mass complacency toward glaring problems of the food system—staggering levels of waste, pollution, obesity, gorging, animal cruelty, food adulteration, malnutrition, low wages, farm bankruptcies and hunger, to state the most gallingly obvious. The authors do a fine job of presenting information documenting these realities, but because of their revolution frame, they do not notice that what most requires explanation and commentary is not the small proportion of people involved in any kind of meaningful protest. The biggest suppressed story, as well as the most important political accomplishment, of the dominant food system is its continuing ability to keep the silent majority from talking with their mouths full. There is more passivity in the face of revolting realities than there is mobilization for radical possibilities. Such analysis is missing from both books.

A second misframing arises from an overly conventional framing of the food side of food revolution. Both books are very much about food as a physical thing. Well duh!, my daughter would say. What do you think food books would be about?

Well, counter-intuitive though it seems, the most interesting and radicalizing thing about food is its ability to connect to a raft of issues seemingly unrelated to food. Global warming is a food issue, for example, as soon as the energy expenditure is counted that goes into growing, processing, transporting, storing, stocking, selling food and then hauling a third of it to landfill. Inequality is to a large extent a food issue, clear for all to see when observing the gender and age of poorly paid food service staff or the country of origin of farm labourers deprived of basic rights. Because we all have to eat so much and so often, it is almost inevitable that food is less than six degrees of separation from most issues of the day.

Some of these connections are more laden with possibilities for transformation than others. Odd as it may seem, it is my sense that the most obvious connections have so far had the lowest impact in terms of inspiring even moderately reformist actions. Despite all the prominent warnings about salt levels in food and their connection to heart disease, for example, governments, processors and shoppers do virtually nothing to stop it, even though the only reform act that is required is that consumers exercise their freedom not to buy over-salted so-called foods. The same could be said about any aspect of the obesity issue, or any aspect of chronic disease that is quite clearly related to food abuse. About one family in ten experiences food deprivation as a result of poverty, and despite the fact that innocent children are the largest group among those who suffer food deprivation, there is no political pressure to either raise the issue or demand action. The food revolution is missing in action.

The more intriguing connections—what I have taken to calling convergences, a term best-known in reference to the convergence of technologies providing once-separate services of communication, information storage and retrieval, entertainment and publishing—are further removed from directly obvious connections to food.

I am drawn to the critical link between our food systems and mental health, a connection that has been well demonstrated by Catherine Mah of the Centre for Addictions and Mental Health in Toronto. For example, it is estimated that a quarter of meals are eaten in the car. Increasing numbers of meals are eaten alone while watching TV, without the benefits of fellowship or commensality. Before we even consider the range of food ingredients that affect mental well-being and thriving—presence or absence of omega 3s and vitamin D are the most recognized—the setting of food and its place in everyday life establish conditions that foster mental disease. Likewise, the absence of opportunities to express personal capacity and competence around food—through growing or cooking, for example—denies access to experiences that foster mental health.

Given the staggering cost of mental ill health—upwards of $50 billion a year in Canada, when lost wages and other expenses are included—it is a matter of time before food systems are identified as converging technologies on par with the iPad.

I believe that such convergence—a much more polite word than revolution, as well as a few steps removed from food—defines both the opportunity and challenge of what is called urban agriculture, growing food in the city. Urban agriculture not only upsets the applecart of where food is grown—in the city, as well as in the country. It redefines what the Europeans call the “multi-functionality” of food. Europeans understand that food is only partly about food, but also about culture, heritage, the care and handling of countryside, terroir, taste, the art as well as know-how of living, the amount of carbon stored underground instead of in the atmosphere, the experience of eating slowly with friends and family—all national advantages that have a value that goes into subsidies of food. Food safety, nutrition, obesity, food miles, carbs, fat—the staples of North American conversation about food—are not central to that more far-ranging discourse.

When such a convergent discourse begins in North America, we will be approaching a pre-revolutionary situation. Until then, we are just hearing grumbling.

What Jennifer Cockrall-King and Peter Ladner sense is not revolution, but positive energy, enthusiasm and the wishes of a band of young food enthusiasts. I hope my challenging of their books’ framing comes across as praising with faint damns. The kind of good will and energy they describe may well provide the “spark”—that was the namesake of one of the key underground papers of pre-revolutionary Russia, and a better term than revolution to describe the phase of food movement we are in at the moment. Nothing wrong with being avant garde—or should I say avant gardeners?—but we need to have a good grip on where we are actually starting from.

Wayne Roberts writes about food policy for Toronto’s NOW Magazine and is the author of The No-Nonsense Guide to World Food (Between the Lines, 2008). He volunteers on the boards of several food organizations, including Unitarian Service Committee, FoodShare and Food Secure Canada.