Lost Feast: Culinary Extinction and the Future of Food

Pure Adulteration: Cheating on Nature in the Age of Manufactured Food

The future is on our minds. And the future seems fraught. Lenore Newman’s Lost Feast: Culinary Extinction and the Future of Food and Benjamin R. Cohen’s Pure Adulteration: Cheating on Nature in the Age of Manufactured Food bookend a growing anxiety about eating while modern: What do we really know about what we consume? How did we get to a state that some call Big Food? What have we lost along the way — perhaps irretrievably? And, above all, can we keep this up?

Both books begin with butter. Lost Feast opens in Iceland, at a table set, improbably, with butter but no guilt. (Icelandic milk is high protein, low fat!) Pure Adulteration starts in a courtroom, hearing of historic crimes of dairy deception. (Margarine was first billed as “science butter”!)

Newman holds a Canada Research Chair in food security and environment, at the University of the Fraser Valley, and her Lost Feast is buzzy, compelling, and genuinely funny. It’s a fresh interjection in the unending conference call that is the literature of environmental decline — on which much is said but far less is accomplished. Newman’s smooth and saucy prose weaves Icelandic butter tourism, the New York pizza rat of 2015, and iconic extinctions from the dodo to the passenger pigeon into a timely and digestible message: we have literally eaten entire species to death. For that, it deserves to be celebrated. 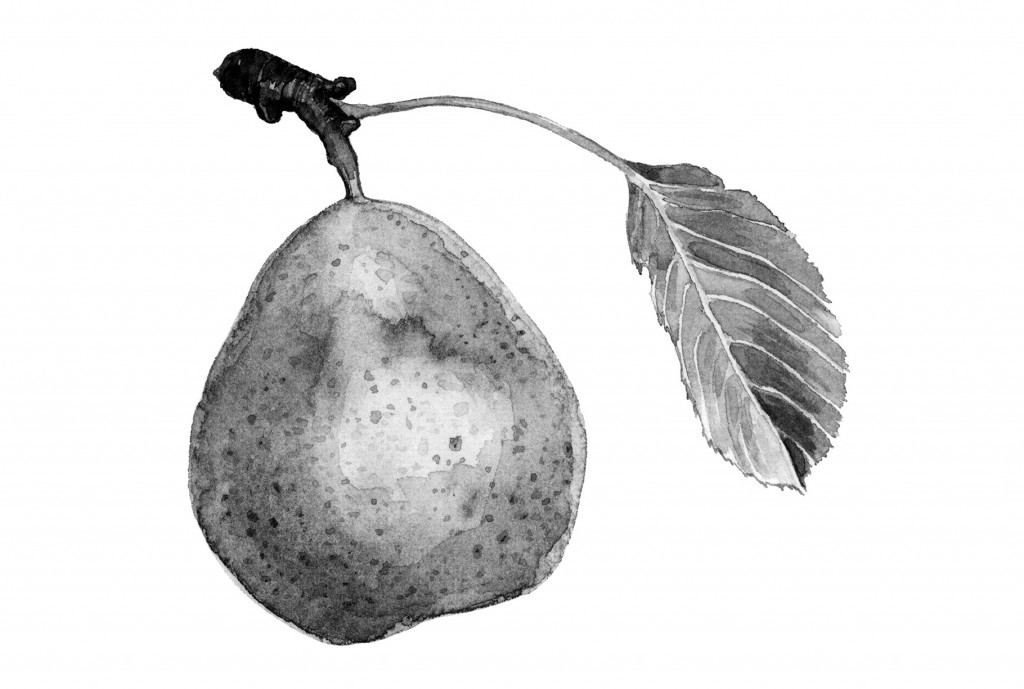 But Lost Feast also does something fascinatingly horrible. It turns an exegesis on a pattern of human-wrought ecological devastation into a fun travelogue. The result is a well-crafted book that sits in the stomach like so much bluefin tuna. I enjoyed it. But could I not — should I not —have consumed something less problematic? This narrative seduces. Look, it whispers, sustainability can be fun, even tasty! Vote with your fork, in just three easy steps: First, buy the book. Second, follow its author on Instagram. Third, at all costs, keep up the appearance of being earnest.

Pure Adulteration, for its part, frames three case studies of late-nineteenth-century food “adulteration”— oleomargarine, cottonseed oil, and ­glucose — within the modern eater’s crisis of trust. Cohen is a historian and engineer, and his book is erudite and whimsical, richly documented with vintage advertisements and production statistics. The narrative’s foil is a scoundrel called the Chevalier Alfred Paraf, a French huckster-­chemist who used cutting-edge science and charm to defraud (oleo)­margarine investors and consumers from California to Peru.

The beauty of Pure Adulteration is how it captures our belief that good people will produce good food. As Cohen eloquently states early on, “Trusting food meant trusting people.” He goes on to explain how during the Gilded Age and the Progressive Era, roughly from the 1880s to the 1920s, consumers discovered themselves torn between innovation and exploitation. Their paradox? The brave new world of industrial food production offered a cornucopia of variety and convenience — but at a cost. The peril of “manufactured food” was that consumers could no longer gauge the integrity of their fare using proven measures: their well-honed senses or personal acquaintances with sellers.

In a modern food system, with traditional markets unsettled by railroads and factory-scale production, a seller’s reputation became increasingly uncertain. Who has a direct line of sight on a miller or a dairyman hundreds of kilometres away? Trade relationships within a community gave way to brand value, which is advertising wizardry weaponized through the findings of an infant science: psychology. Advertisers learned how to tell us what we wanted to hear.

Cohen walks us through a formative moment, when the “enchantment and disenchantment” of modern eating prompted a New York Herald reporter to coin, in 1849, the term “confidence man.” The phrase spoke to a new vulnerability: “The ways people understood things in a fully agrarian world were coming undone. People feared experience alone wasn’t enough to deal with the new world.”

Adulteration — and the fear of it — was made possible by alienation. Gaps both linguistic and geographic separated growers from purchasers. Scientific processing techniques rendered waste indistinguishable from life-saving nourishment (water masqueraded as milk, sawdust and chalk were passed off as flour). The very idea of adulteration evokes the Judeo-Christian notion of fidelity, constantly imperilled by the feminized face of artifice, of momentary pleasure. The siren song of novelty, deliciousness, and ease overrides our ability to screen for danger, until smell, taste, and sight work instead to snare and lure us. So it is that a confidence man like Paraf or a digital entrepreneur of today, like the Food Babe, can execute that most effective of manipulations: impressing us with science and lulling us with beauty, such that we pay happily for nonsense.

The “pure food” crusades of the turn of the twentieth century, like the “clean eating” trend of today, reveal a crisis of public trust and an ensuing ceaseless hunger for authenticity. In an increasingly modern food system, Cohen explains, “sellers know more than buyers — thus the need for third-party or independent vouchers such as brands, trademarks, certification, and reputation.” The conundrum facing consumers: production and marketing collapse “character” into “brand.”

The two terms were once used interchangeably. A brand translated inner essences onto outer surfaces, in ways that signalled the intrinsic moral worth of a product as much as the value of a person. The term has a connection with the printing press: a brand was an impression left behind when something pressed upon a surface or body. Several centuries later, industrial food manufacturers press their brand onto products as markers of identity and, at times, dubious assurances of quality.

“Do the many First Nations, Métis, and Inuit communities of the North consider themselves remnants of the Paleocene?”

In the ascendant landscape of Pure Adulteration, the air turns thick with assurances — evocations of nostalgia, purity, cleanliness, naturalness, or claims of deconstructionist nutrition science with which to hack your own body (consider keto or paleo or going gluten free). The trouble? As Lost Feast helps illustrate, those assurances are thin with meaning.

Because one cannot go home again, we cannot experience nor savour the Paleolithic period. And yet . . . “I wanted to see the world before farming,” Newman writes in Lost Feast. “I wanted to lose myself between the sky and the waving seas of grass.” In a long tradition of explorers, conquerors, settlers, and extractive scientists, she seeks enlightenment in the supposed wilds of the Canadian North —“the living shadow of the Paleocene, a world without farms or fences.” But contemporary people live there. Do the many First Nations, Métis, and Inuit communities of the North consider themselves remnants of the Paleocene?

Effectively, the tone of Lost Feast asks, Could someone please save the world so I can keep on eating it? Newman’s sentiment may be honest, but it stops short of eschewing the colonial ethos she claims to lament. At a berry farm in British Columbia, she speaks with the professor-cum-farmer Tom Baumann. “The Indigenous peoples of these regions grew hundreds of crops using various agricultural techniques,” he explains. “We just didn’t see them as crops. It’s a huge loss.” As she mops up the last of her pie, Newman sighs: “When Europeans colonized British Columbia, they discounted local agriculture and actively prevented Indigenous people from cultivating and harvesting their local foods.” Baumann leaves her with a parting question: “How can we preserve the lost foods that remain?”

The answer is a vague one that takes the form of a culinary treasure hunt. Ecological survival rests on people like “fruit hunters” discovering hidden things, among them long-lost Ansault pear cultivars. The pear example is a telling one: Newman skips from the ontological and ecological violence of colonialism to scarfing pie, zero beats lost. In that sense, Lost Feast is a lost opportunity. It presents pre-contact agricultural systems as dynamic and sustainable, even as it ignores both Indigenous critiques and futurisms.

The few Indigenous people who speak in Lost Feast do so second-hand, including the unnamed Kwakwaka’wakw wife of the nineteenth-century Tlingit scholar George Hunt. Her oral histories of West Coast flora are relayed through the writing of Franz Boas, founder of modern anthropology — a field that’s taken great pains to work through its historic complicity in settler colonialism and the patronization of Indigenous peoples. Instead, the book betrays a preservationist ethos (discover, name, save!) that is derivative of the acquisitive cataloguing of the biological world that has made colonialism and global capitalism work.

With Lost Feast, we sip from the bottomless cup of scarcity: if I don’t eat it, someone else will. In Iceland, Newman writes,

I enjoyed tasting everything I could get my hands on, prowling the streets like a hungry wraith of mid-winter. I ate fish as fresh and delicate as snowflakes. I did end up nibbling the fermented shark meat I’d been warned about and regretted it for several hours as the smell and taste hung on me like a pungent ghost.

Because “life is short” and “we all want more,” she takes “another slice of bread slathered with that fabulous, perhaps endangered butter.” Newman sets out to problematize the Nazis who sought masculine redemption and national renewal by hunting for aurochs, all but exterminated by the seventeenth century, or the insatiable New York patrons of Delmonico’s, who ate the passenger pigeon into oblivion. But as exotic-butter-lusting readers, we are the colonizing fruit hunters. We are the hungry patrons of extinction.

With her pseudonymous ­sidekick, Geography Dan, Newman hosts “extinction ­dinners”— supper parties with themes of environmental history. We can draw some value from such exercises in the cultural appreciation of the past, but to touch, smell, and taste the meals of yesteryear is not to pretend we can actually rewind the tape. Those third-century cultivars (let alone the Paleolithic megafauna) are gone. Human existence does not unfold in a straight line, with science pulling us ineluctably into a better future. We innovate in tangents. We go around in circles. And the better we can remember past lessons, the less likely we are to repeat them.

Newman closes Lost Feast feeling a “little tipsy,” with a head “full of ghosts.” Haunted, hungry, and escapist, she leaves us hopeful for a techno-fix for an irresolvable bind. Yet we cannot navigate our way out of climate change and multi-species extinction through salivating culinary tourism.

Both of these books look back in order to look forward. Tellingly, their shared ethos is scarcity and acquisition, longing and anxiety. Many generations have tried to scrub modern eating of its stink, through better dogma or better science. The challenge today is not to reclaim an untainted past — as the “pure food” ­crusaders or the “clean eaters” of the present might wish. The past was never pure, and a good percentage of our forebears starved or just made do. Nor can we wait for a magic bullet. The challenge is to find the will to grow, manufacture, and eat with greater integrity.

What would that look like? What is the future of food? If we seek the will to find it before it finds us, we might meditate on some other facts of hist­ory. Humans have survived through communal living, through cooperation and interdependence. Our drive for authenticity in eating is so powerful because we feel alone in the supermarket. Our future lies in community, in tempering our appetite with our compassion. Otherwise, we risk reproducing another pattern of the epoch of agriculture and empire: should real scarcity come, the majority will go hungry, and only a tiny minority will feast on butter.

Sarah E. Tracy is working on Delicious, a forthcoming history of MSG and umami.